The story of the Tower of London Ravens 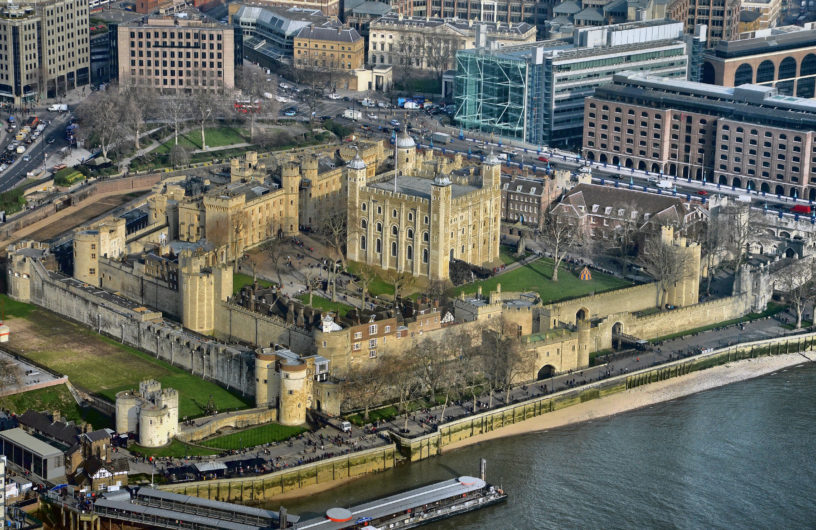 The story of the Tower of London Ravens

One of the greatest legends of the Tower of London doesn’t have to do with people or prisoners, but ravens. Although these animals are well known for their prevalence in stories and history, such as in Edgar Allen Poe’s infamous stories and historical mentions, the story of the raven in the Tower of London is one of the most well-known instances of this creature cementing its position in history. 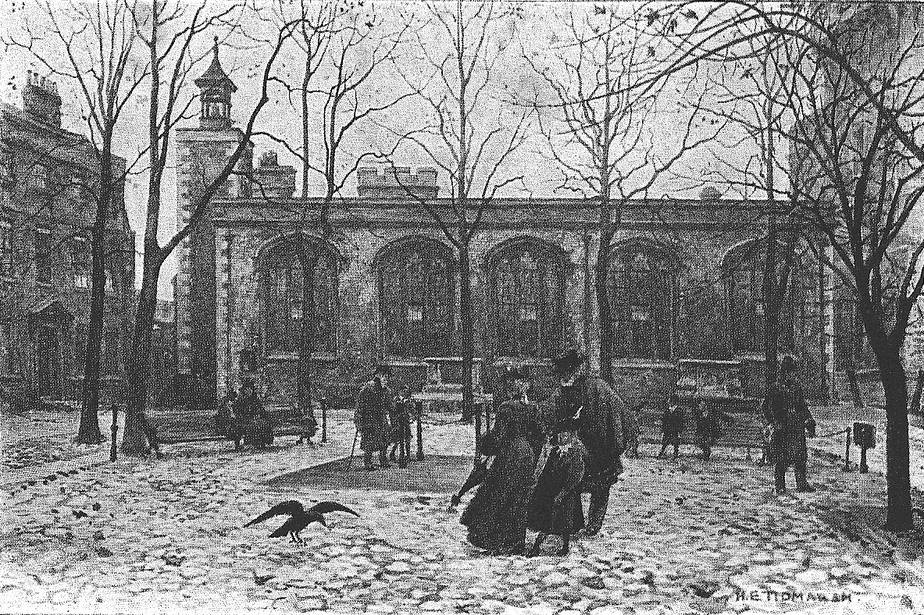 The earliest legend that mentions the prevalence of ravens within the Tower is the Welsh tale of the princess Branwen. Branwen is a character in the Mabinogi, a prose story that is one of the earliest stories in Britain. The tale focuses on Branwen’s brother, Bran the Blessed, raging war against the Irish leader, Matholwch. “Bran” actually means “raven” in Welsh, so it is thought of this story being symbolic for ravens that were held captive in the Tower during this time period. 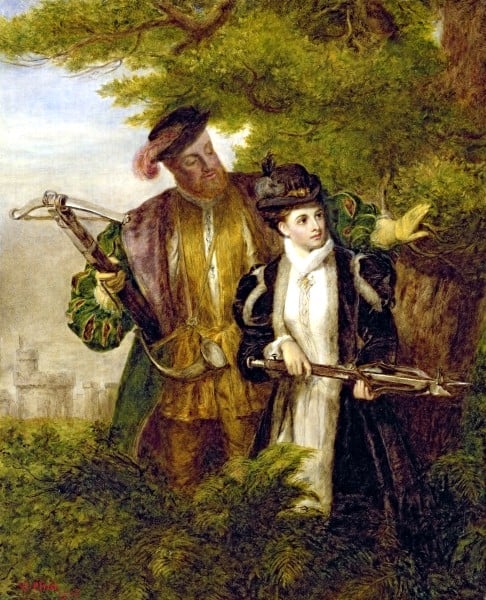 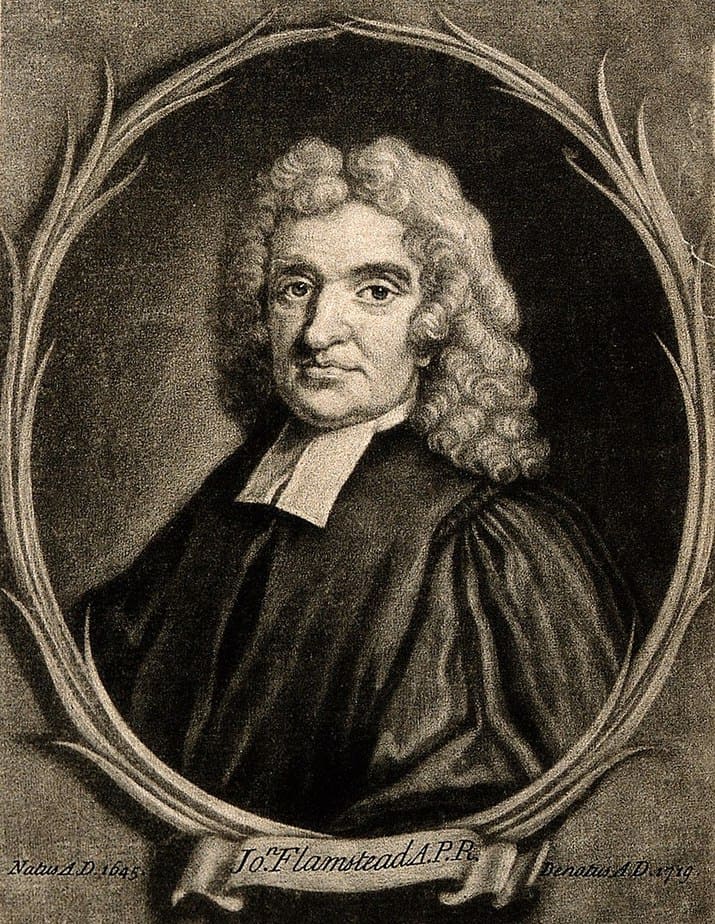 Another legend that is commonly passed down from generation to generation is the story of John Flamsteed, a royal astronomer who worked closely with Charles II. It is often said that ravens would have their wings clipped and be held as prisoner in the tower – on many occasions, it has been reported that these ravens would flutter past John Flamsteed as he was trying to use his telescope to gaze at the nighttime stars. 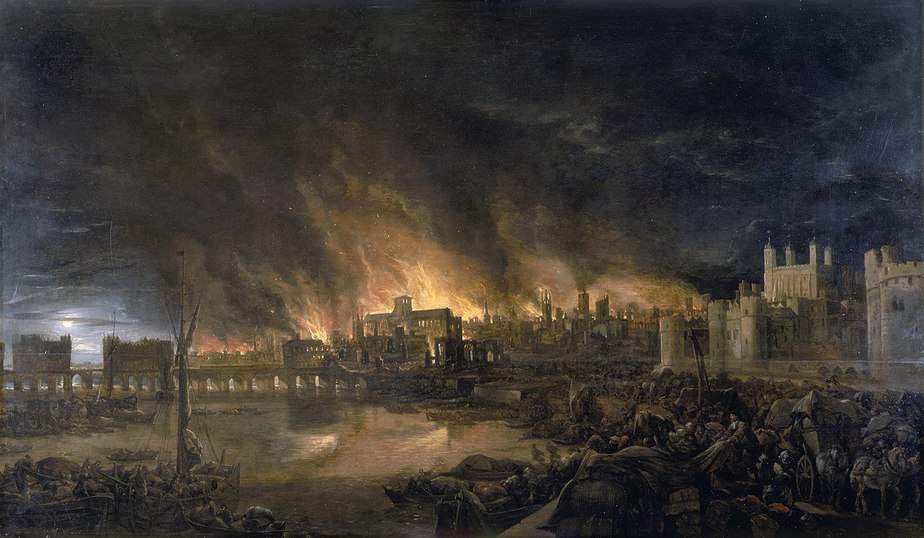 The last common legend that mentions the presence of ravens is synonymous with the Great Fire of London in the mid-17th century. Wild ravens were known as scavengers and unwanted animals in the city of London, feasting on dead bodies, trash, and scraps of food. After the fire ravished the town, survivors began blaming the wild ravens for the destruction around the city. When the public called for persecution of the ravens, Charles II thought this act would cause a bad omen to society – as a means of mild punishment, he ended up keeping just 6 ravens locked in the Tower of London.

Earliest sightings of ravens in the Tower 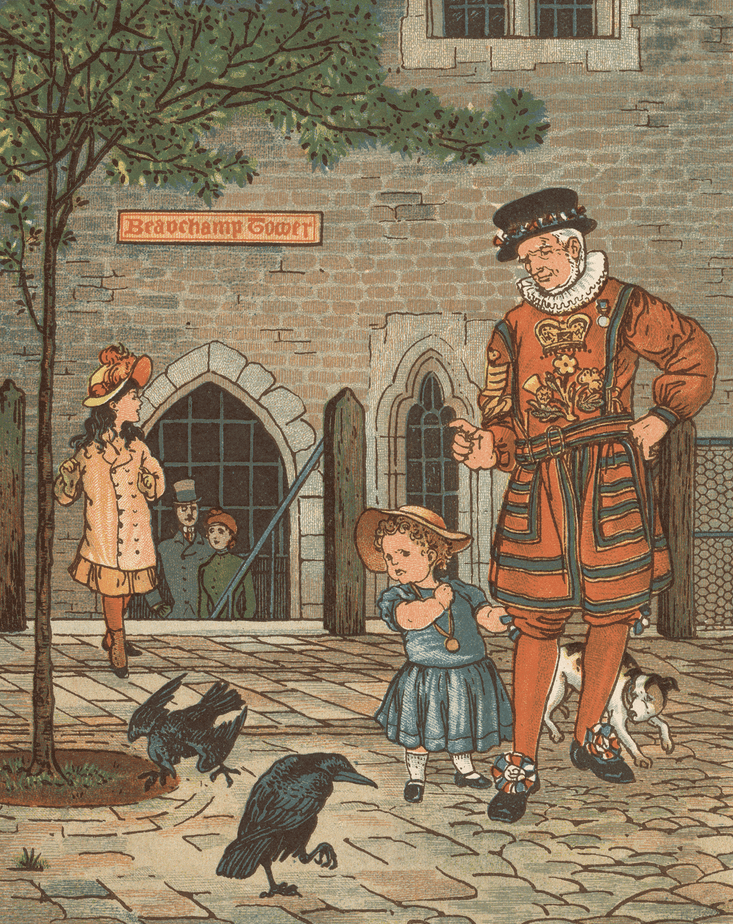 Although there has been a dispute as to the earliest mention and sighting of ravens locked in the Tower, the first known depiction of ravens both originate from the late 19th century in the year 1883. During this time, a newspaper mentioned the presence of ravens – similarly, a children’s book that Thomas Crane illustrated showed photos of ravens in the Tower of London.

Other early mentions of ravens were found in the book The Tower from Within, with the author stating that ravens had been put in the tower by the 4th Earl of Dunraven, a royal member who was Earl until 1926.

However, there are disputes as to the credibility of these sightings. Some historians simply believe this is a rumor and legend that has been carried on throughout the years for dramatic effect. Historians think the legend was first created during the Victorian Era, the time of Queen Victoria’s reign until her death in 1901. Various historians have researched the presence of these animals in the Tower, with scientists and skeptics stating that there is no proof that ravens actually exist or survive within the walls of the Tower of London.

Care for the Tower of London Ravens 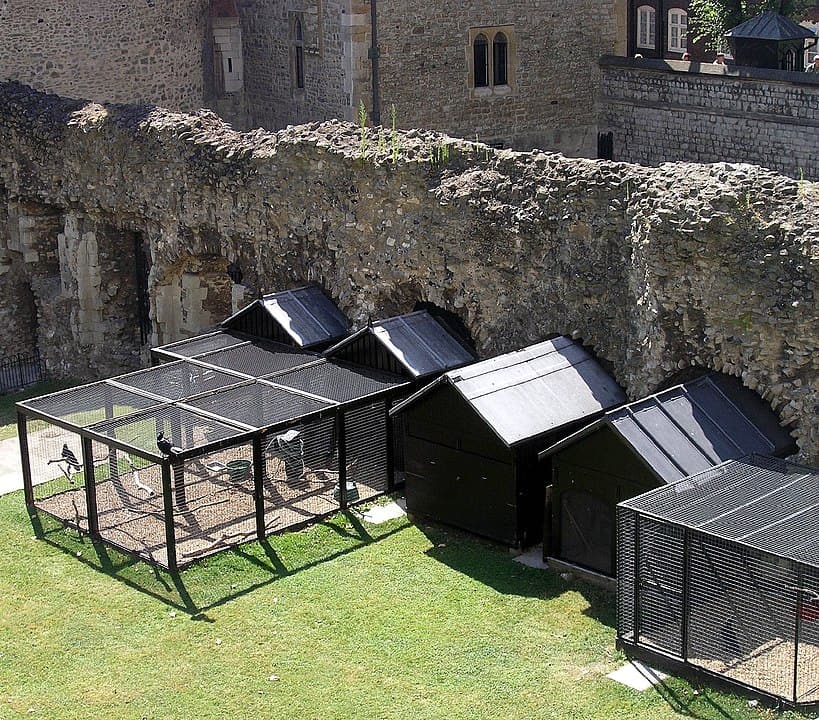 For those who believe the ravens exist and their prevalence within the tower is a sure-known fact, there are certain rules and proper care to follow when keeping these animals alive and well within the Tower of London. The ravens have had their wings clipped – so they are the real prisoners of the Tower, since they cannot fly far enough to escape the confines of the walls. Since they can only fly short distances to change their perch positions, they are not able to escape.

To avoid confusion among the ravens, there is a colored band on each of the raven’s legs so they can tell them apart. Along with the bands for personalization, ravens are given individual names so they can be called by the carers. The Yeomen Warders are the carers of the ravens, who are in charge of their diet, their health, and their captivity.

The Yeomen Warders are tasked with guarding the crown jewels, conducting guided tours of the area, and are responsible for looking after the prisoners in the tower – the ravens.

What do you think? 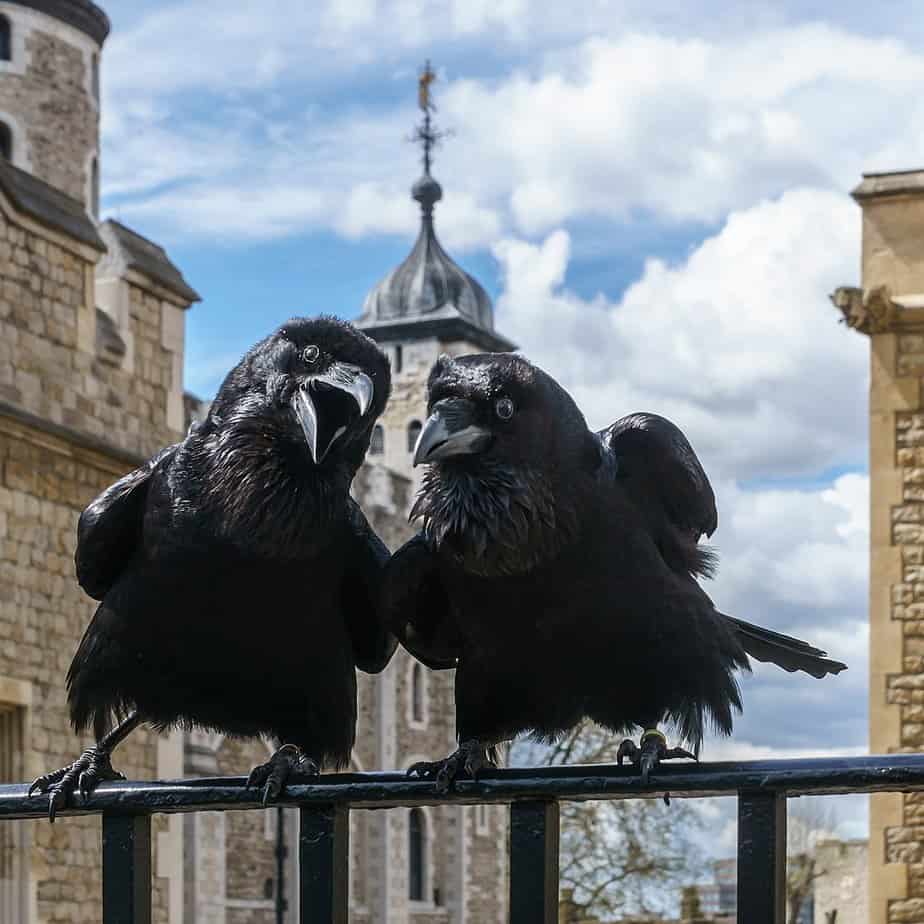 As the legend goes, the Tower of London ravens still exist today – but what do you think? Do you think the real prisoners of the Tower of London are these animals who have been persecuted by the public and held here to serve out the rest of their time? Check out the Tower on your next visit to England’s capital to see for yourself.