The most popular British rock bands

The most popular British rock bands

Music is a key part of almost every country and culture. Since it can help bind communities together and help individuals relate to one another, music is a constant in various cultures worldwide – and the United Kingdom is no different. The UK is home to unique bands, influential singers, and recent pop stars who have paved the way for a new style of music. 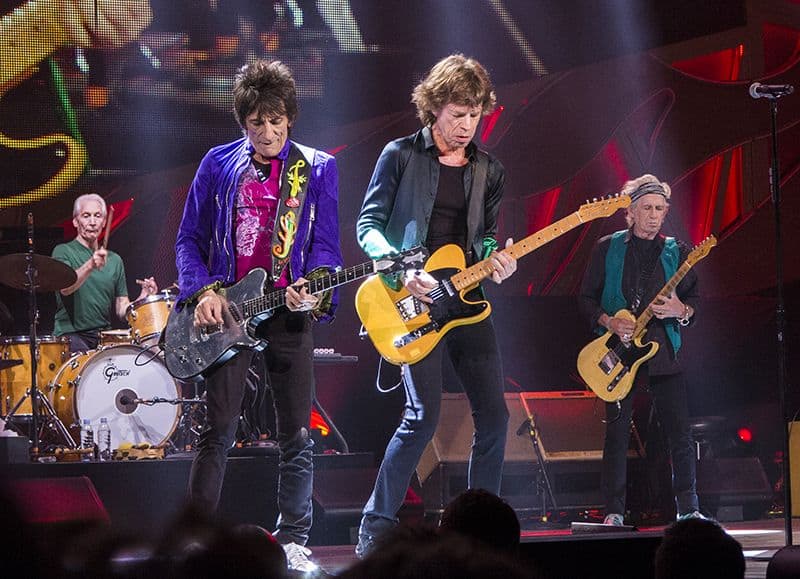 The Rolling STones at Marcu Amphitheater in Milwaukee USA performing at Summerfest festival in June 2015 – By By Jim Pietryga – https://www.iorr.org/tour15/, CC BY-SA 3.0, https://commons.wikimedia.org/w/index.php?curid=44341280

The Rolling Stones is a famous English rock band that was first formed in the early 1960s, changing the early-1960s-style rock that had been topping the musical charts. Driven by a more intense, dark, and gritty sound, The Rolling Stones altered the way rock was viewed in the world by creating “hard rock.”

The main members of this band included Mick Jagger, Brian Jones, Keith Richards, Charlie Watts, and Bill Wyman, with Brian Jones the one credited with forming this musical group. However, Mick Jagger and Keith Richards are arguably the most popular in the industry due to their long-lasting careers.

With roots in blues and rock and roll, “The Stones” became a symbol for youth resistance and anti-government counterculture prevalent in the 1960s. With hits like “Paint it Black,” “Get Off my Cloud,” and “Satisfaction,” The Rolling Stones were always referred to as one of the greatest rock and roll bands in the world. 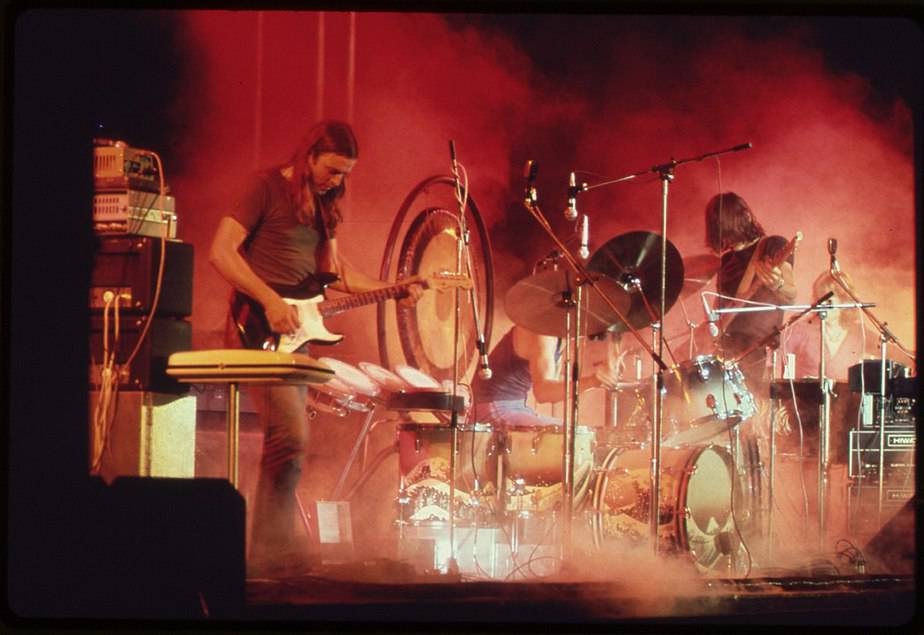 Pink Floyd performing on their early 1973 US tour before the release of the dark side of the moon – By By Calonius, Erik, Photographer (NARA record: 8464439) – U.S. National Archives and Records Administration, Public Domain, https://commons.wikimedia.org/w/index.php?curid=17121678

The second British rock band worth noting is Pink Floyd, a band formed around the same time as The Rolling Stones, who were known for their high-energy live shows, elaborate performances, deep-thinking lyrics, experimentation, and progressive rock. Virtually creating the “progressive rock” genre, Pink Flloyd utilized psychedelic components that altered from the way rock had previously been composed.

The main members of Pink Floyd were Nick Mason, Roger Waters, Richard Wright, Bob Klose, and formed by Syd Barrett, who was the guitarist and lead vocalist. The debut album was “The Piper at the Gates of Dawn” in 1967, earning critical and popular success on the market that made them well-known during the late 1960s.

The band was forever changed in the late 1970s when Wright left, followed by Walters 6 years later in 1985. After the two departures, the band still continued producing albums and touring – until the long period of inactivity and disassembly from 1994 until 2005. Although their heyday was in the 1960s, the band was still somewhat successful and sold over 250 million records by the 2013 mark.

Ever wanted to make the best first impression possible? Well, Radiohead did just that. Their debut single, “Creep,” earned critical acclaim and became a worldwide hit due to the unique style and thought-provoking lyrics.

As of 2011, Radiohead had sold over 30 million albums and won numerous awards, such as six Grammys, four Ivor Novello Awards, seven top 10 hits on the UK Singles Chart, and two top 40 hits on the US Billboard Hot 100 charts. 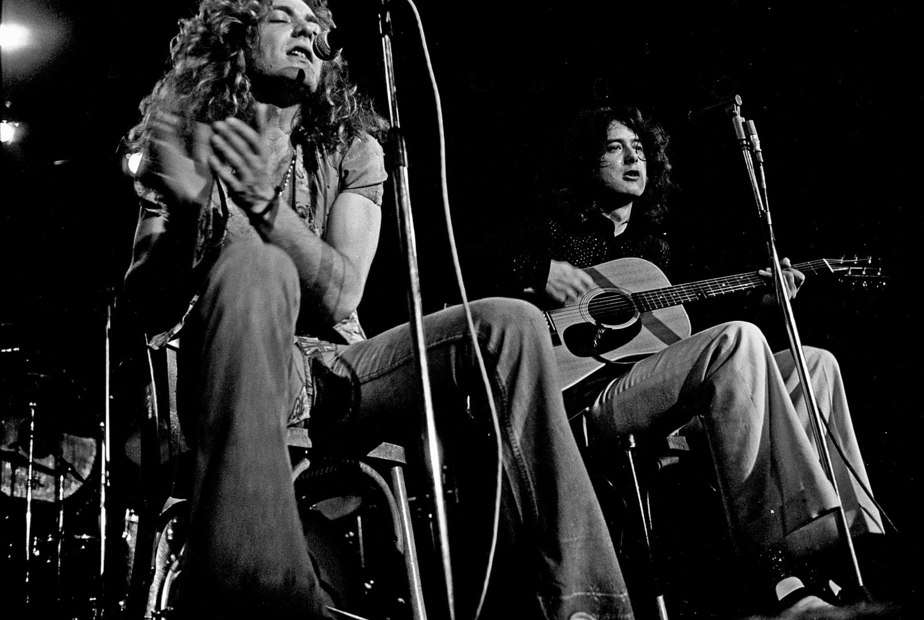 During the time of The Rolling Stones and Pink Floyd, another rock god rose to fame – Led Zeppelin. Zeppelin was formed in 1968 by John Bonham, Jimmy Page, John Paul Jones, and Robert Plant characterized by rock influenced by blues, folk, and heavy guitar sounds. Zeppelin was an influential and highly-selling group that changed the entire industry, bringing new sounds to the rock world.

With many hits such as “Good Times Bad Times,” “Dazed and Confused,” “Kashmir,” “Trampled Under Foot,” and “Stairway to Heaven,” Zeppelin broke records, such as selling 37 million copies of “Led Zeppelin IV,” making it one of the best selling albums in history. 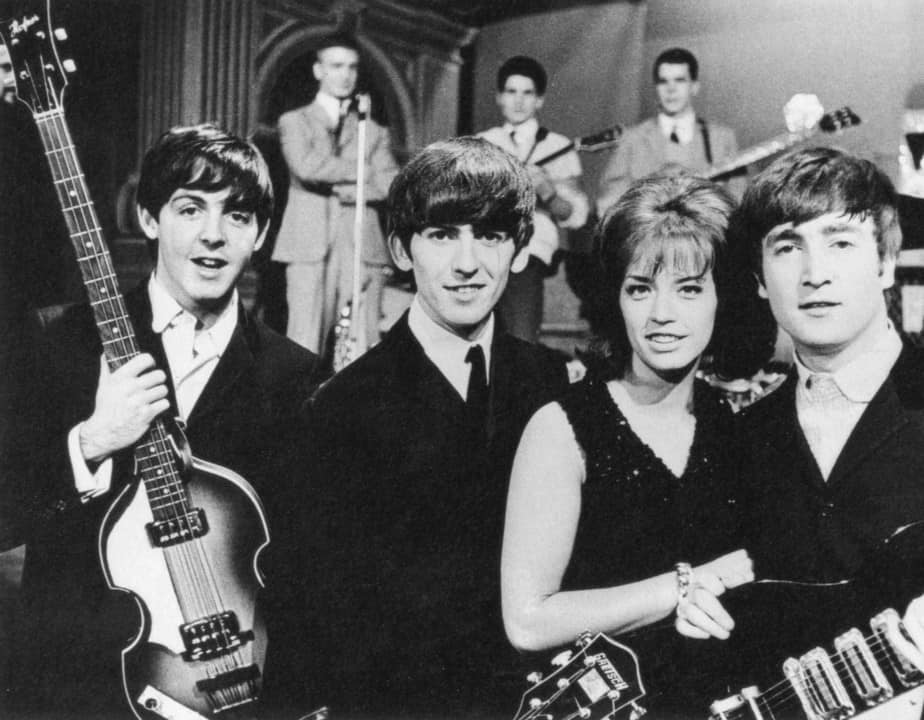 Arguably the most famous band on this list, The Beatles might not be your typical English rock band – but it is considered one of the most famous and influential musical groups ever to exist. The Beatles was an English rock band formed in 1960 by John Lennon, Paul McCartney, George Harrison, and Ringo Starr. Known for creating the counterculture movement and using innovative methods to combine traditional pop, classical music, artistic presentation, and psychedelia, this band was at the forefront of the youth movements.

In the band, Lennon and McCartney were the two main songwriters, and have since been credited as one of the best songwriting duos ever to exist. After just four years of existence, The Beatles were stars across the entire world, breaking various records and sales numbers with albums like “A Hard Day’s Night,” “Sgt. Pepper’s Lonely Hearts Club Band”, “Abbey Road”, and “Rubber Soul”.