The 10 Royal Parks of London 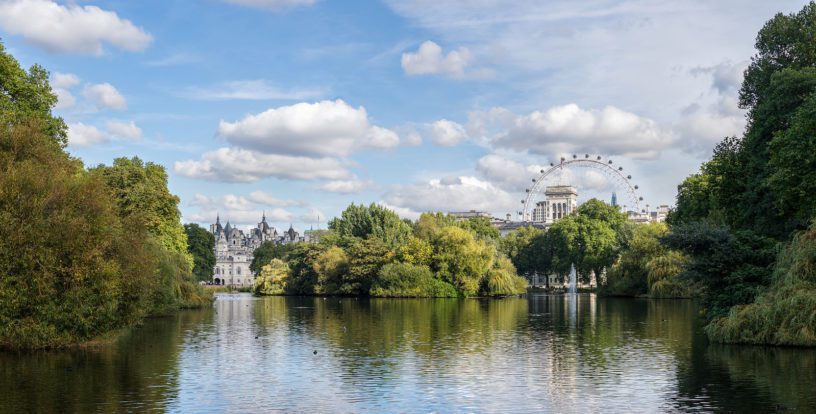 The 10 Royal Parks of London

They Royal Parks are all of the thousands of acres of land once owned by the monarchy for their leisurely activities, like hunting. They are scattered across greater London, and were only opened to the public with the implementation of the Crown Lands Act in 1851.

Unsurprisingly, London’s Royal Parks are exceptionally beautifully kept and manicured grounds. They hold exquisite green spaces, diverse plants and flowers from all over the world & an array of wildlife.

Technically there are only eight qualifying Royal Parks, but an additional two (a cemetery and a memorial garden) are managed by the Royal Parks committee and are generally included on the list. Read on and I’ll explain.

Hyde Park is considered to be the most central and most well known of all the Royal Parks in London.

I took a closer look at Hyde Park not too long ago; click here to read more. 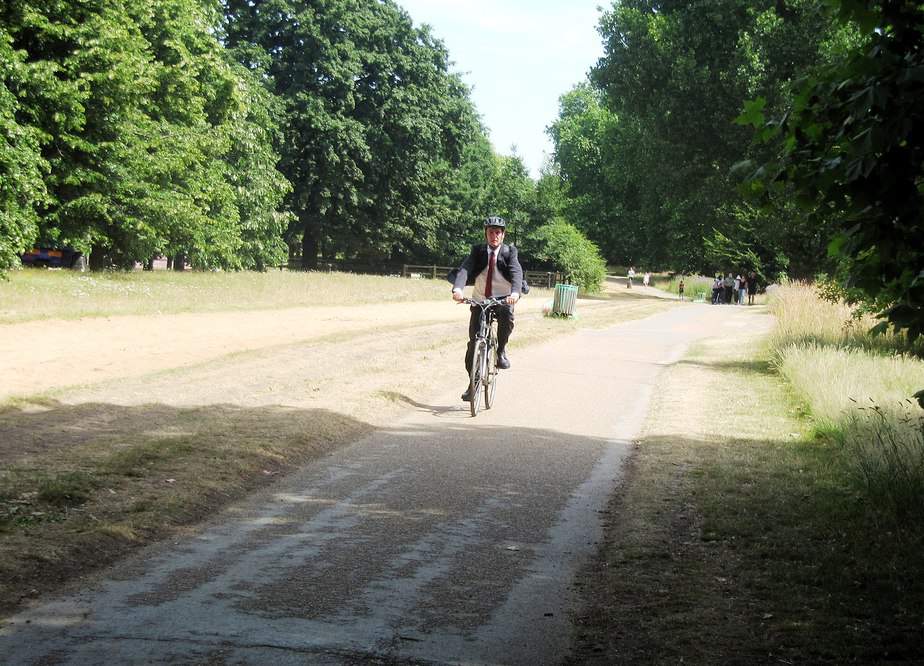 The Kensington Gardens are the grounds that surround the phenomenal Kensington Palace. These grounds are attached to Hyde Park, and take up most of the western side.

Here you can expect perfectly manicured lawns, flower beds and pathways. The gardens have a distinct Italian influence to them. There is a large pond near the westernmost entrance, and the famous Peter Pan statue lives on the eastern side near the Long Water Pond that runs over into Hyde Park. 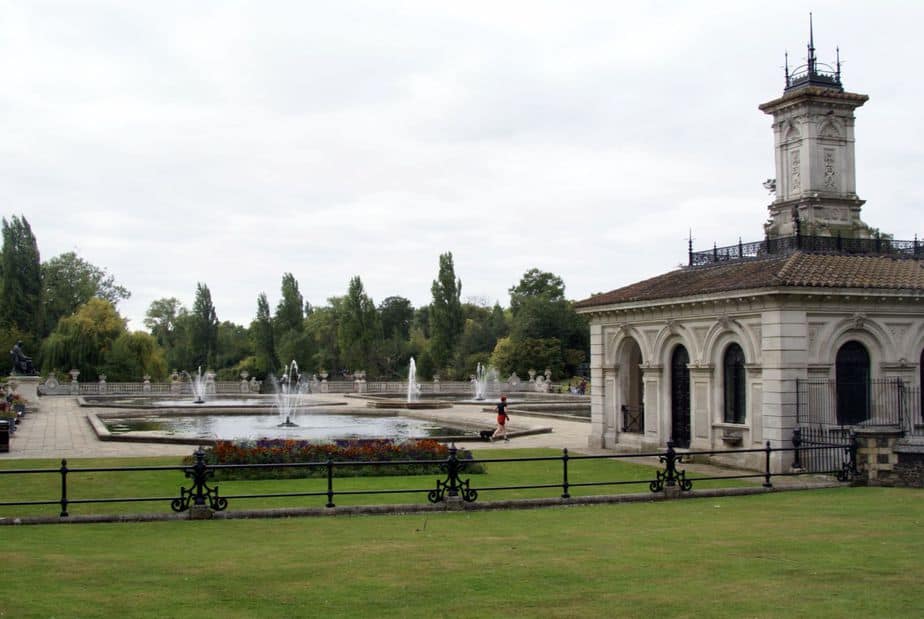 Richmond Park is where you go when you want to see animals! These grounds were used centuries ago by King Charles who relocated to this area of London when the plague broke out in the center.

He had deer brought in in their droves, and still today the park is so full of these horned friends that the city has to cull a bunch of them every year to regulate the population.

This is a beautiful park for families and anyone who wants to avoid the tourist trap that is Hyde Park or Kensington Gardens. 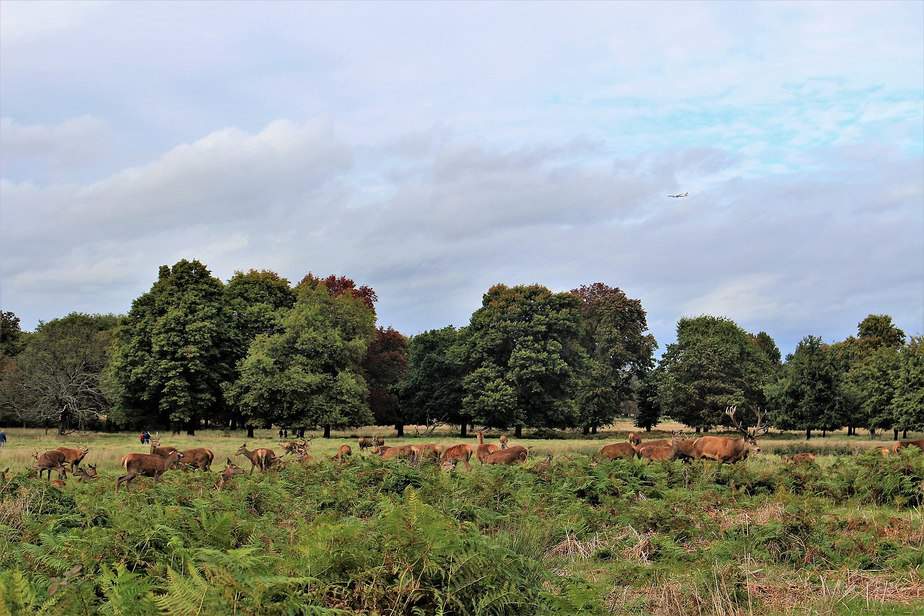 Not far from Richmond Park, just across the Thames, is another deer-filled green space called Bushy Park.

Bushy Park is known for its many waterways and the public swimming pool situated on the westernmost boundary. It’s called the Hampton Pool and it’s open daily. Entry costs just a few pounds. 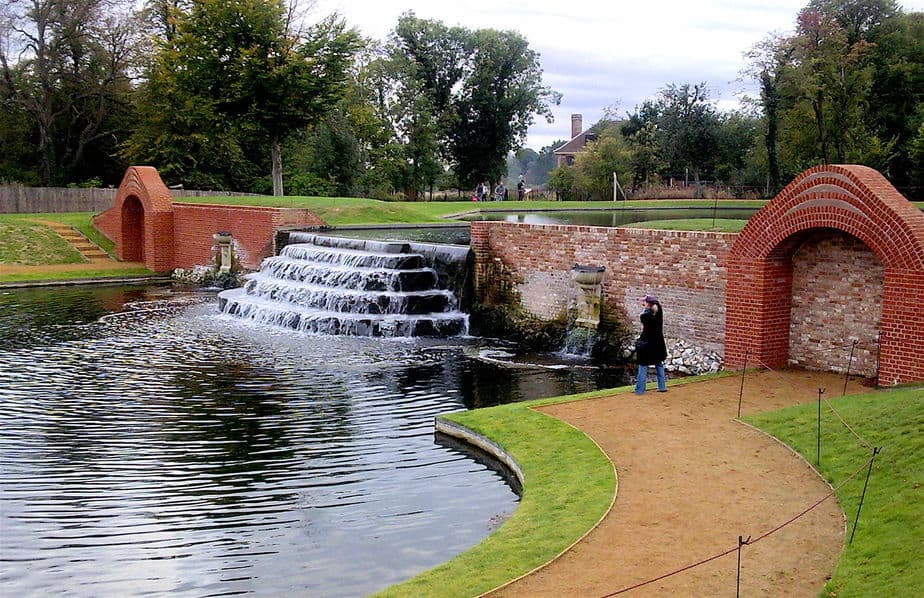 If you’re exploring the center of London then St James Park will be well in view most of the time. It’s right in the heart of the city, next to Big Ben.

This park has multiple ponds, many geese and a few pelicans! A beautiful place for a stroll between sightseeing.

On the westernmost boundary you’ll find Buckingham Palace nearly tucked away, nestled between St James and the next park in our royal roundup… 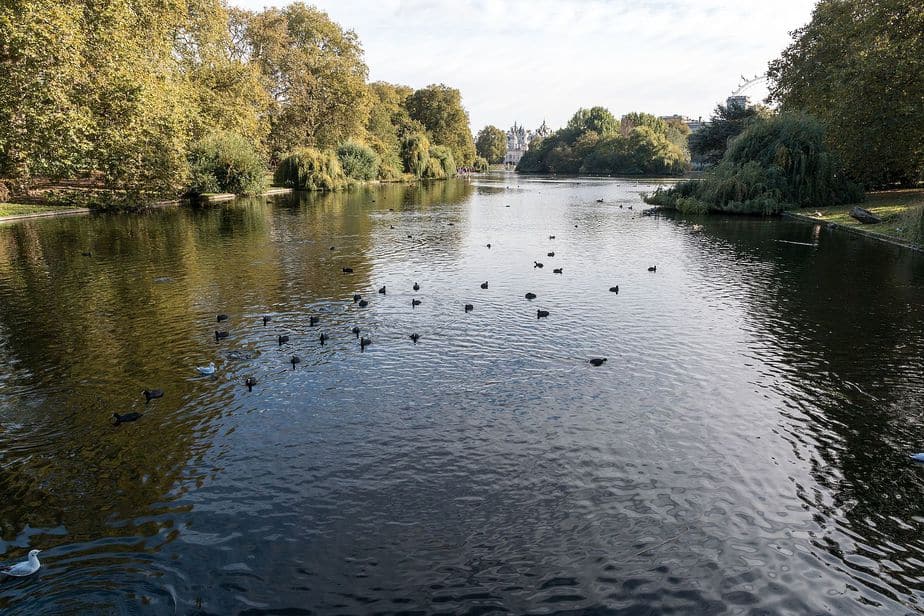 6. The Green Park in London

The Green Park surrounds Buckingham Palace into the west. It is incredibly peaceful and is known to be where the London locals go when they need a break from the city chaos.

The Buckingham Palace Gardens are attached to the Green Park and take up most of the southern end. These remain in the hands of the monarchy and are not open to the public at all.

Picnicking in the Green Park is one way to experience London like a local.

The Green Park in London – by Txllxt TxllxT – Wikimedia Commons

7. The Regents Park and Primrose Hill in London

The Regents Park is also close to the city center, and although it is small, it is one of the most feature packed parks in all of London.

Queen Mary’s Rose Garden is right in the middle and is the main attraction indeed. Come for a stroll through the roses anytime between May to August. It get’s incredibly busy so arriving before 11am is advised. 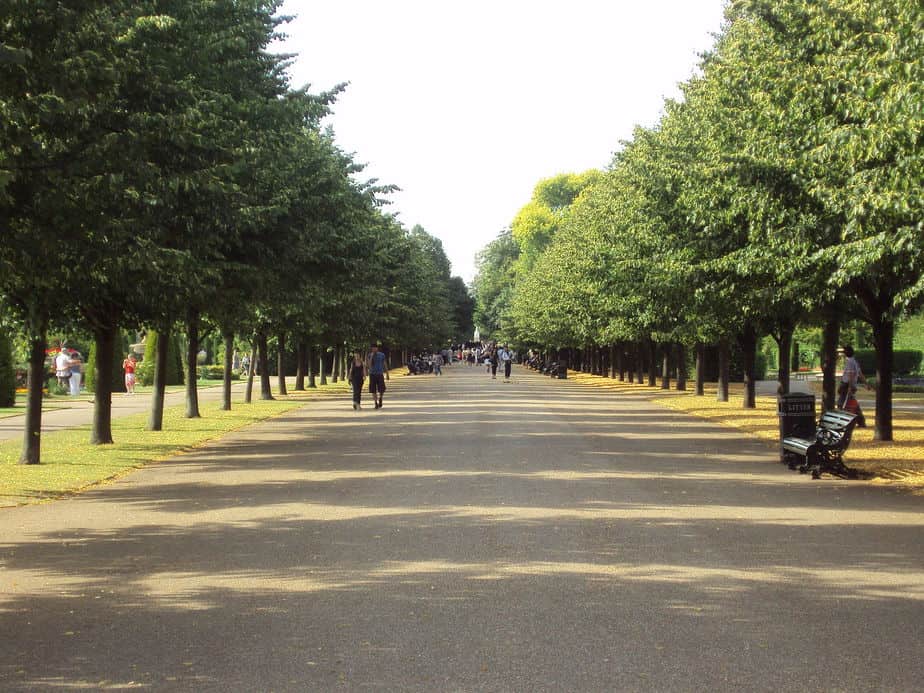 Greenwich Park is a picturesque green space boosting incredible views of the city skyline over the Thames, with the Maritime Museum and Old Royal Navel College in view as well.

This particular park once housed the Royal Observatory. It’s still here, but functions as a public museum and planetarium these days. You’ll find it in the center of the park, a short walk from the famous Prime Meridian.

The Prime Meridian is the demarkation of the Earth’s western and eastern hemispheres. There is a small yet fascinating museum to go along with the markers that I highly recommend everyone make some time to explore! 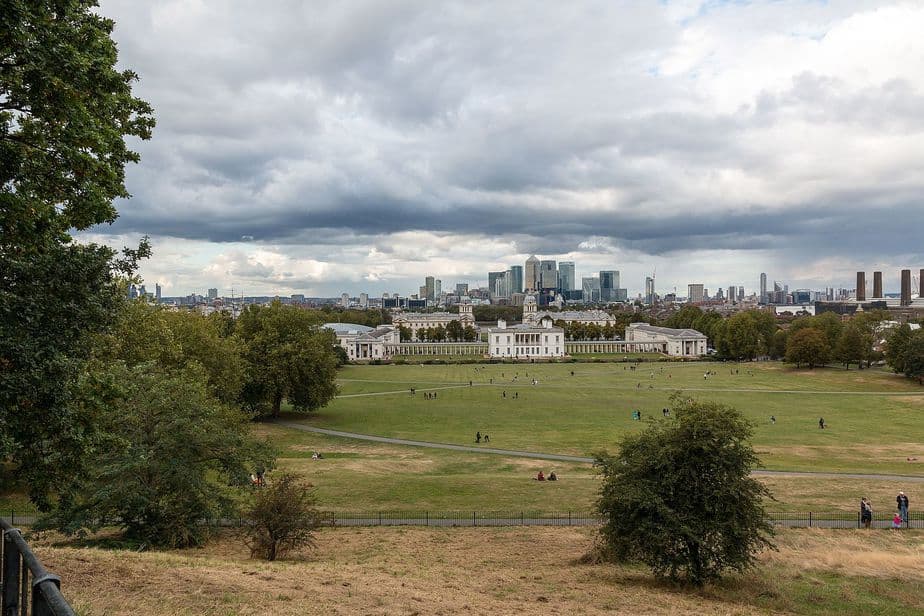 The Brompton Cemetery isn’t exactly a park per say but it it handled by the Royal Parks commission and is one of the most incredibly cemetery grounds in Europe.

You’ll find it in Kensington, where it was opened in 1840. It’s a historic place and fascinating for anyone with an interest in gothic design or tomb artistry. The Untied Kingdom has an official list called the “Magnificent Seven Cemeteries” and Brompton is on it. 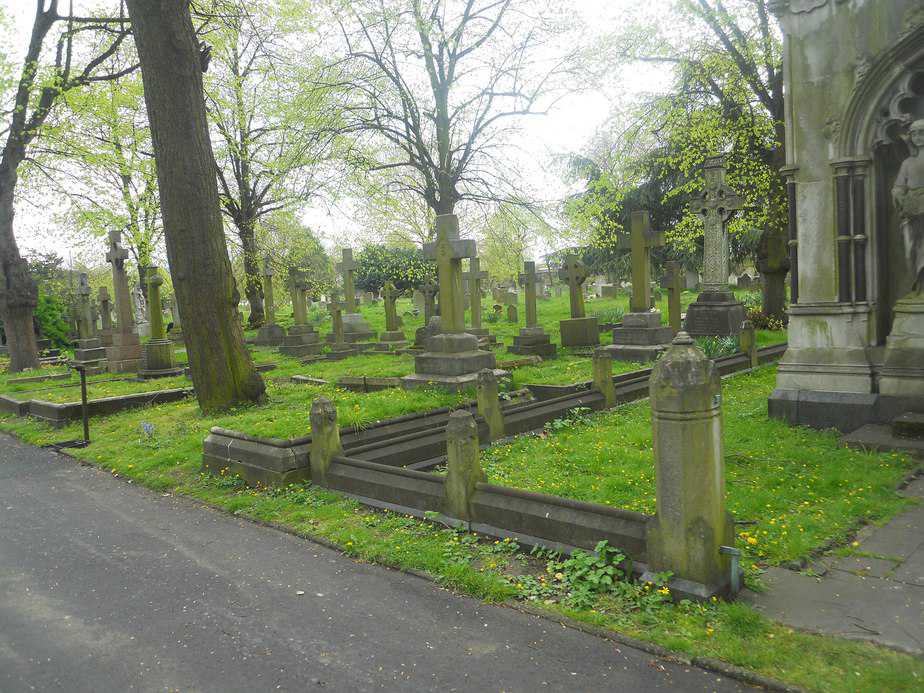 Also not technically a public park, but Victoria Tower Garden’s counts as a Royal Park and is managed by the committee. It’s in Westminster, bordered by the House of Parliament, and filled with monuments celebrating freedom. 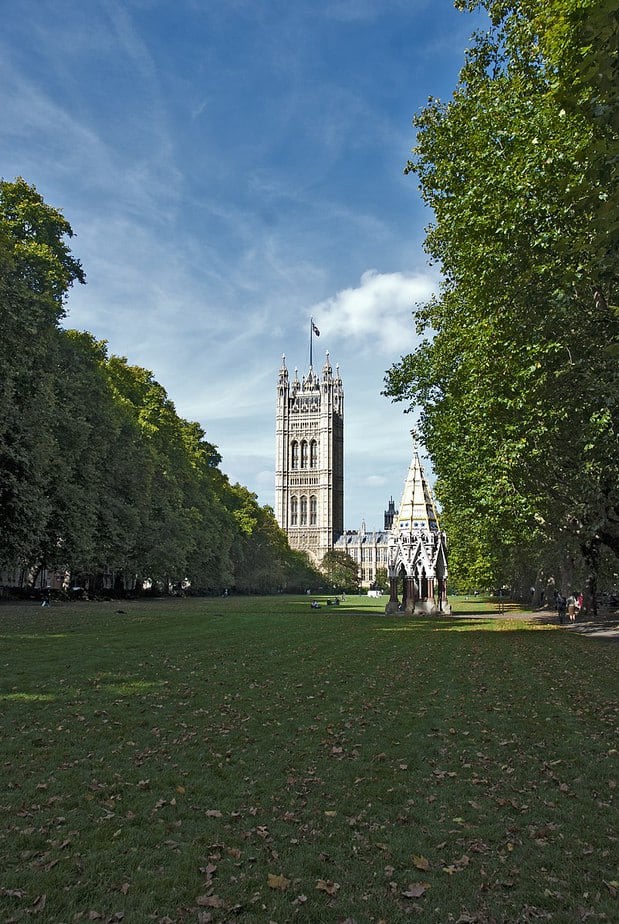 There are a number of guided walking tours through London that can get you up close and personal with the Royal Parks. I recommend these to all first time travelers who want to experience the city at its essence. Book today!