Top 10 Interesting Facts about Forth Bridge 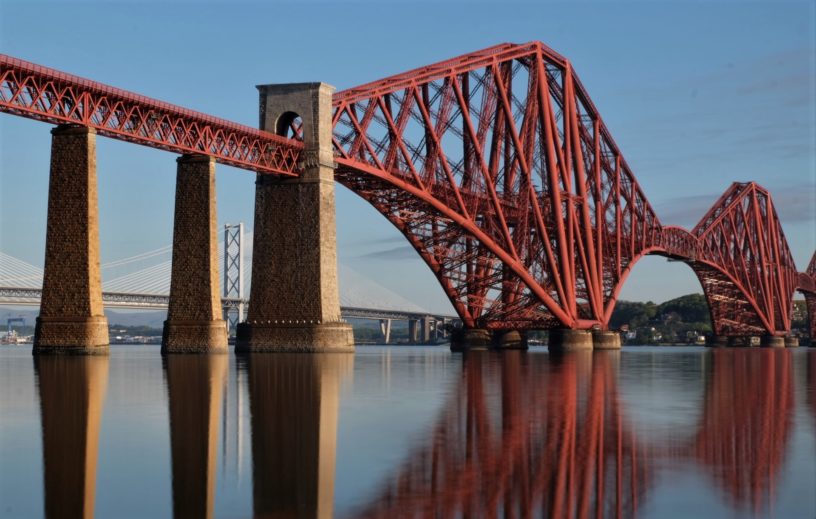 Forth Bridge- Photo by Esteban on Unsplash

Top 10 Interesting Facts about Forth Bridge

1. Forth Bridge was voted as Scotland’s greatest man-made wonder in 2016 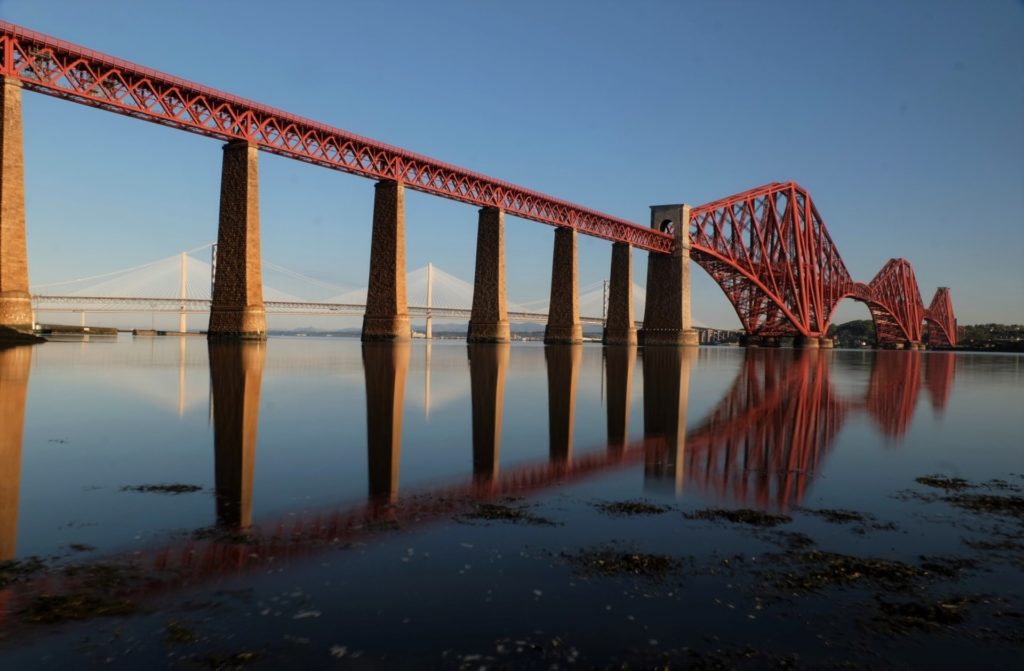 Forth Bridge- Photo by Esteban on Unsplash

Having completed its construction in 1890, forth bridge is considered a symbol of Scotland as it was voted Scotland’s greatest man-made wonder in 2016.

UNESCO World Heritage Site is a landmark or area with legal protection by an international convention that is administered by the United Nations Educational, Scientific and Cultural Organization (UNESCO).

World Heritage Sites are usually designated by UNESCO for having cultural, historical, scientific or other forms of significance.

Usually, the sites are judged to contain cultural and natural heritage around the world considered to be of outstanding value to humanity. Forth Bridge is therefore considered a UNESCO world heritage site due to its uniqueness and what it means to Scotland as a nation.

3. It is sometimes called Forth Rail Bridge

Designed by English engineers Sir John Fowler and Sir Benjamin Baker, the forth bridge is sometimes referred to as the Forth Rail Bridge.

This is so as to distinguish it from the adjacent Forth Road Bridge, although this has never been its official name.

4. The Forth Bridge was opened in 1890 by the Duke of Rothesay 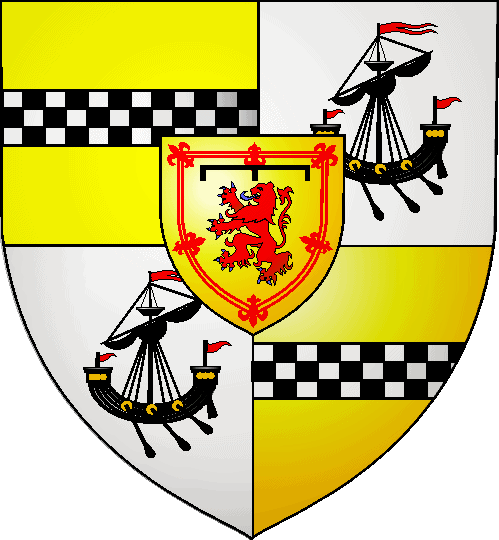 Construction of the bridge began in 1882 and it was opened on 4 March 1890 by the Duke of Rothesay. He  drove home the last rivet, which was gold plated and suitably inscribed.

The Bill for the construction of the bridge was passed on 19 May 1882 after an eight-day enquiry and the only objections were from rival railway companies.

Following advances in furnace design by the Siemens brothers and improvements by the Martin brothers, the process of manufacture enabled high-quality steel to be produced very quickly.

The key for the official opening was made by Edinburgh silversmith John Finlayson Bain, and it was commemorated in a plaque on the bridge.

When it opened, it had the longest single cantilever bridge span in the world, until 1919 when the Quebec Bridge in Canada was completed.

5. Before its construction, the mode of transportation to cross the firth was ferries 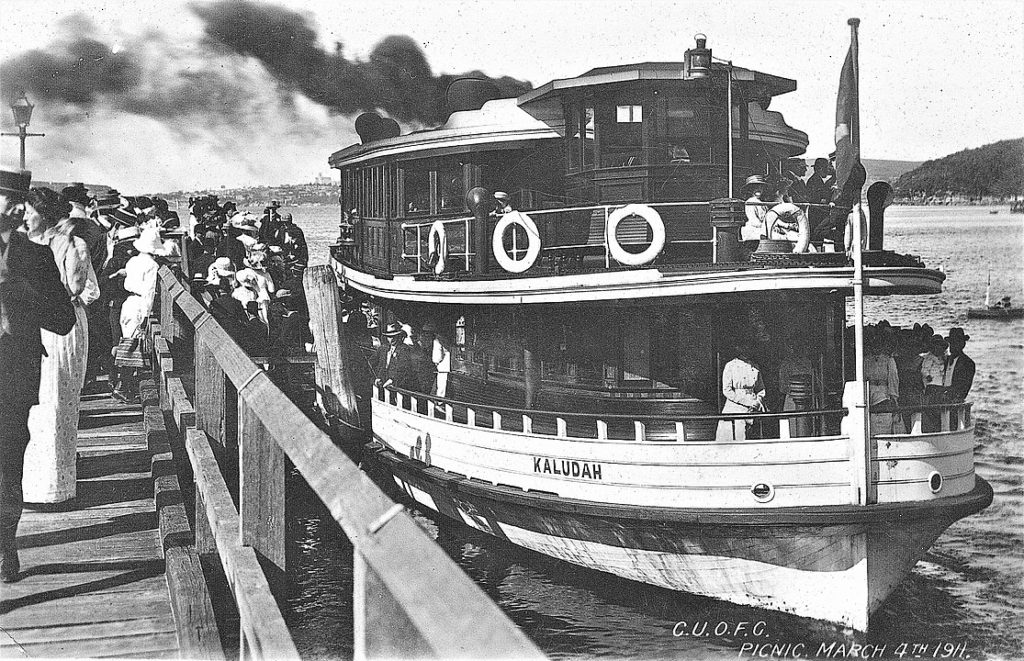 Before the construction of the bridge, ferries were used to cross the Firth.

In 1806, a pair of tunnels, one for each direction, was proposed, and in 1818 James Anderson produced a design for a three-span suspension bridge close to the site of the present one. 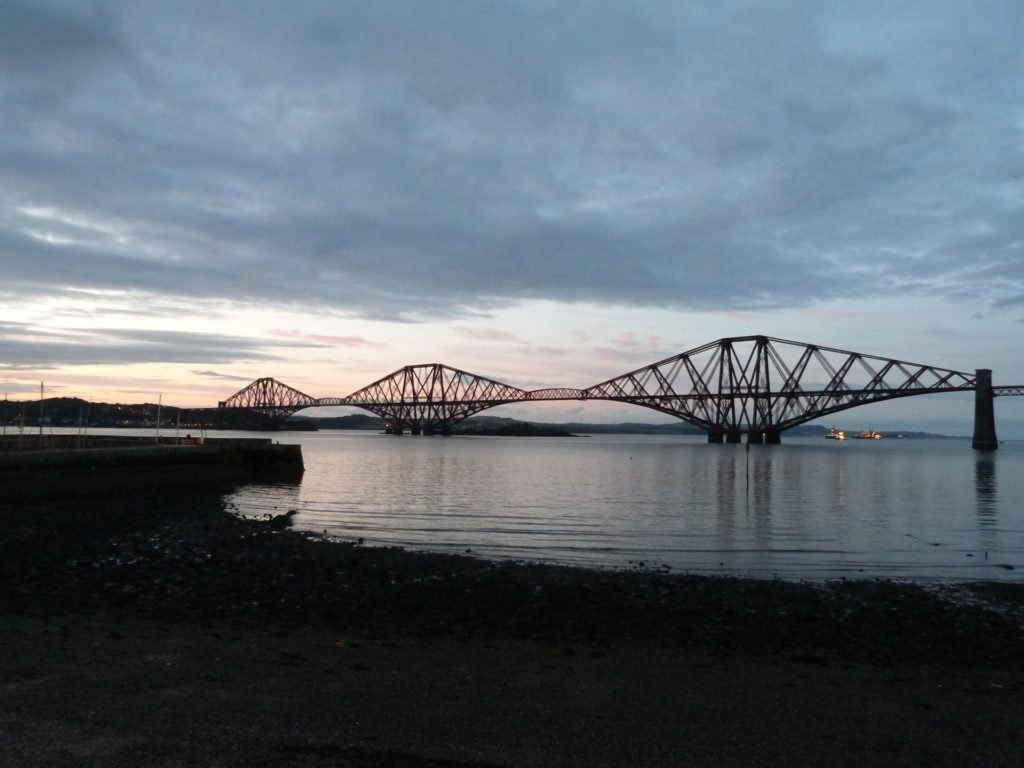 Image by Berserk Computers from Pixabay

The weight of the bridge superstructure was 50,513 long tons, including the 6.5 million rivets used. The bridge also used 640,000 cubic feet of granite.

7. The bridge is built using the principle of a cantilever bridge 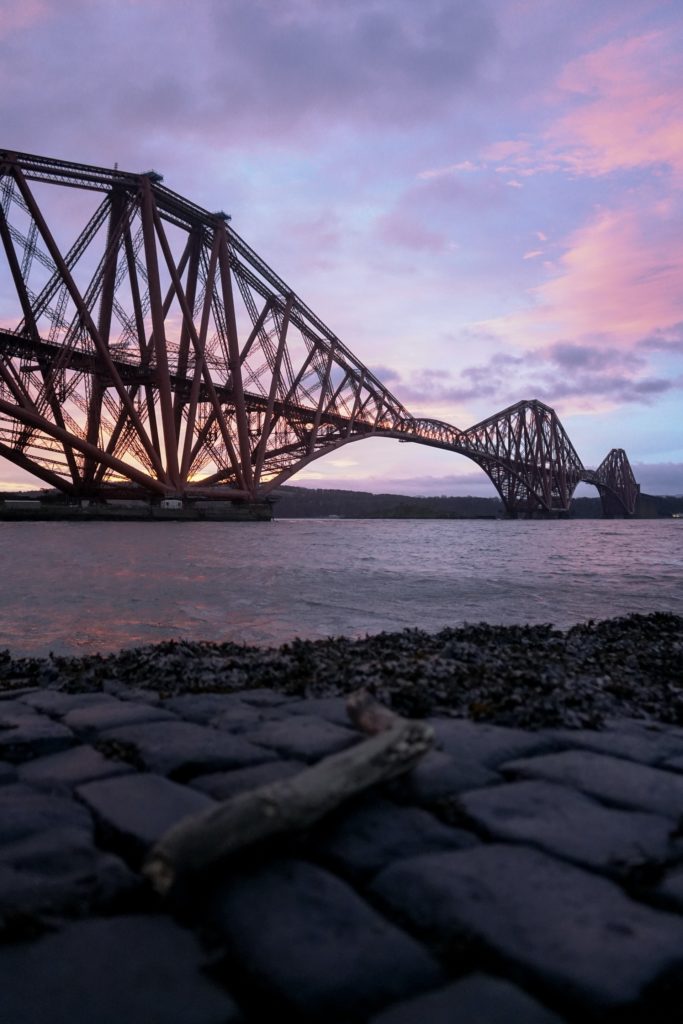 Photo by Jonny McKenna on Unsplash

At forth bridge, a cantilever beam supports a light central girder, a principle that has been used for thousands of years in the construction of bridges.

In order to illustrate the use of tension and compression in the bridge, a demonstration in 1887 had the Japanese engineer Kaichi Watanabe support Fowler and Baker sitting in chairs.

Fowler and Baker represent the cantilevers, with their arms in tension and the sticks under compression, and the bricks the cantilever end piers which are weighted with cast iron.

8. Forth bridge was Britain’s first major structure to be constructed using steel 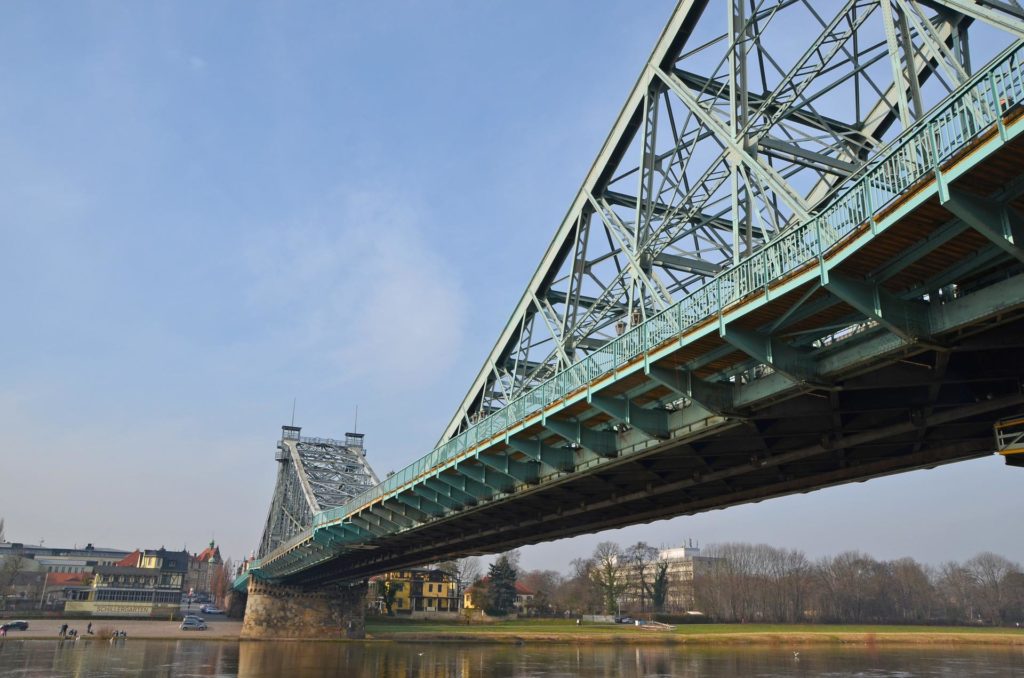 Image by Pixaline from Pixabay

The bridge was the first major structure in Britain to be constructed of steel. Its French contemporary, the Eiffel Tower, was built of wrought iron.

Large amounts of steel became available after the invention of the Bessemer process, which was patented in 1856.

In 1859, the Board of Trade imposed a 77.22 N/mm2  limit for the maximum design stress in railway bridges. This was however revised as technology progressed. 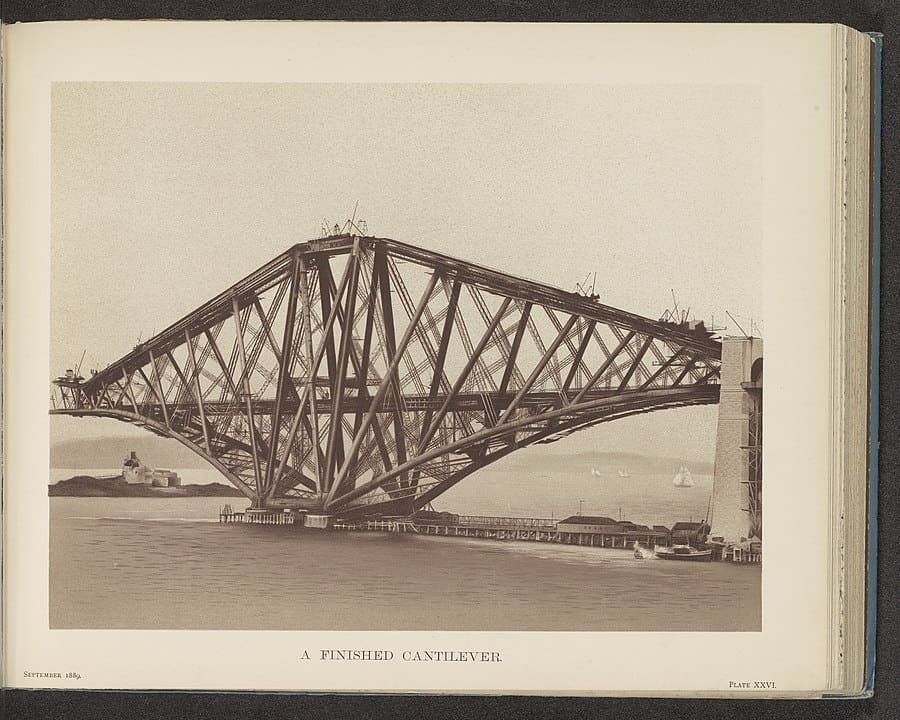 Forth Bridge in 1889- Author; Rijksmuseum- Wikimedia

Two trains, each of them consisting of three heavy locomotives and 50 wagons loaded with coal, were driven slowly from South Queensferry to the middle of the north cantilever, stopping frequently to measure the deflection of the bridge.

This represented more than twice the design load of the bridge: the deflection under load was as expected.

A few days previously there had been a violent storm, producing the highest wind pressure recorded to date at Inchgarvie, and the deflection of the cantilevers had been less than 25 mm (1 in).

The first complete crossing took place on 24 February, when a train consisting of two carriages carrying the chairmen of the railway companies involved made several crossings.

At the peak of its construction, approximately 4,600 workers were employed in the bridge’s construction. Wilhelm Westhofen recorded in 1890 that 57 lives were lost.

In 2005, the Forth Bridge Memorial Committee was set up to erect a monument to those lost, and a team of local historians set out to name all those who died.

As of 2009, 73 deaths have been connected with the construction of the bridge and its immediate aftermath.

It has been suggested that the figure of 57 deaths excluded those who died working on the approaches to the bridge, as those parts were completed by a subcontractor, as well as those who died after the Sick and Accident Club stopped.

Of the 73 deaths recorded, 38 were as a result of falling, 9 of being crushed, 9 due to drowning, 8 being struck by falling objects, 3 because of a fire in a bothy, 1 due to caisson disease, and the cause of five deaths is unknown.

In addition, the Sick and Accident Club was founded in 1883, and membership was compulsory for all contractors’ employees.

This would provide medical treatment to men and sometimes their families, and pay them if they were unable to work. The club also paid for funerals within certain limits and would provide grants to the widows of men killed or the wives of those permanently disabled.

A total of eight men were saved from drowning by rowing boats positioned in the river under the working areas.