Everything you Need to Know about Jane Austen’s Mysterious Death 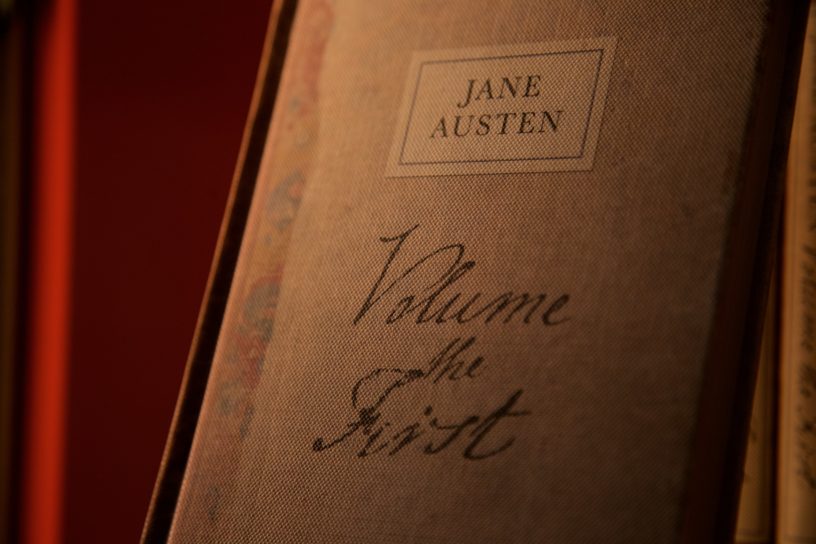 Everything you Need to Know about Jane Austen’s Mysterious Death

However, the most recent addition to these studies is newfound evidence that Austen’s death might not have been as much of a mystery as initially believed. Or at least, more realistically placeable in terms of logical events of the time in which she lived.

Today, Austen lives on as one of the most important literary figures of all time. Ironically, however, she was not widely known at all during her living years.

She’s the mind that brought us the works of Pride and Prejudice and Emma; novels that are still used around the world as part of English educational programs.

Jane Austen was a storyteller from an early age. It is believed both she and her sister, Cassandra, filled the pages of blank notebooks with fantastic tales and romantic fiction. Her later works, the ones we remember today, are mostly all centered around the social potations of women in period times.

Austen was born on December 16th, 1775 in a small town in England. She passed away 42 years later in 1817, in another small English village. 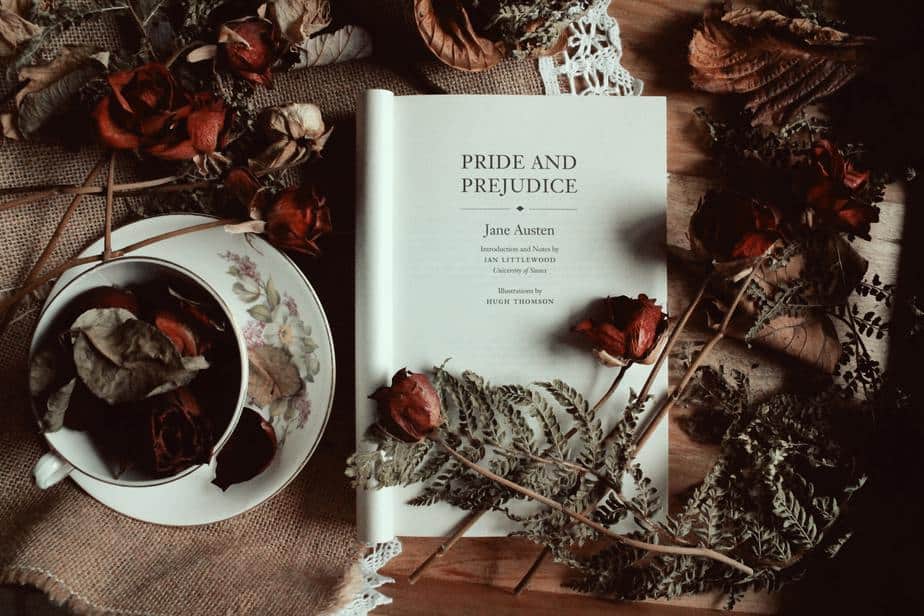 What’s interesting about her early years is that she had little to no formal education, but was able to write with conviction well beyond her years. For a short time, both Jane and Cassandra were sent off to boarding schools at their father’s desire for them to be better educated, but this came to an abrupt end due to financial implications.

Austen’s most important works were originally published somewhat secretly during her 30s. The novels we know her for today were actually first published completely anonymously, most likely in attempt to avoid scandal as a result of the, then, risqué ideas and challenges on societal norms. 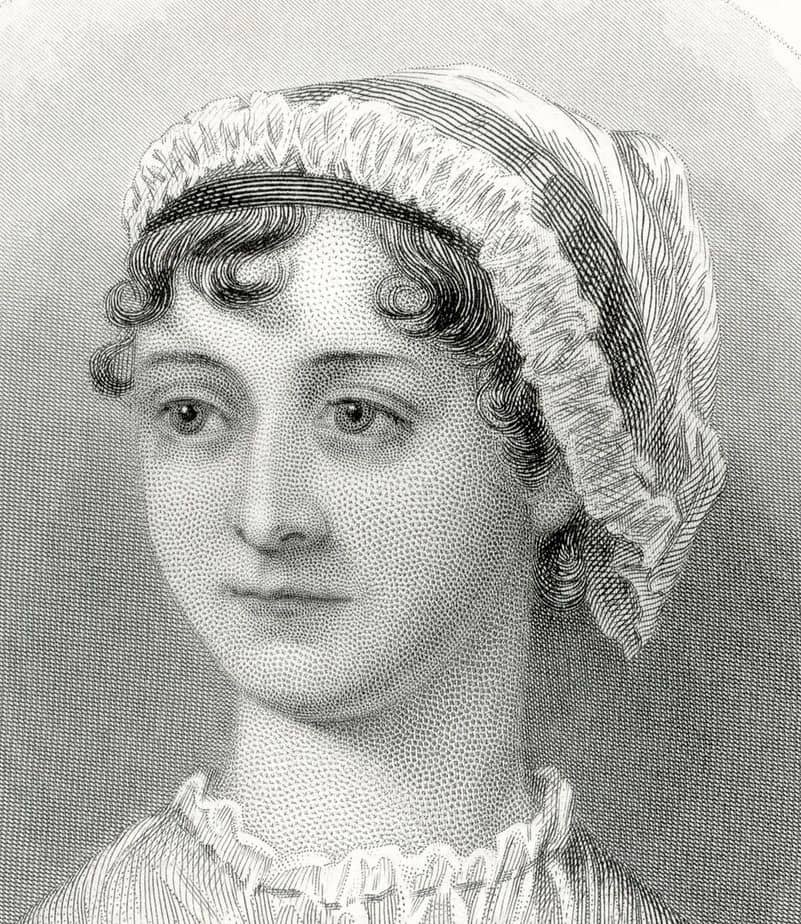 From Death to Mystery

At 41 years old, Jane Austen grew ill with what has widely been believed to have been Addison’s disease. This is a condition in which the adrenal glands are unable to make sufficient hormones for the human body, which leads to a slow decay of all bodily functions over time.

It took a long time for the illness to bring Austen to death. And for most of history since, analysts have simply accepted the Addison’s to have been the main cause of her demise.

That is until new evidence recently came to light suggesting that Austen might actually have consumed arsenic.

In 1948, an American couple bought a lock of Austen’s hair on auction for an undisclosed amount. Having both recently passed away, the lock of hair found its way into a museum where the former president of the Jane Austen Society of North America was able to bring it into his possession.

After some laboratory testing it was found that Jane Austen’s hair tested positive for arsenic.

This new information could then be compared to a series of letters in which Austen describes the symptoms she was experiencing. While some of them were congruent with autoimmune disfunction (like Addison’s), most of them were in line with symptoms of arsenic poisoning.

Signature from Jane’s will – by Scewing – Wikimedia Commons

This has lead researchers to relook at the possessions that Austen left behind in her final years. Amongst them were three pairs of eye glasses all with vastly different strengths.

These were recovered from the actual writing desk that Austen used throughout her career. The desk was kept in the family all the way until 1999 when it was handed over to The British Library.

Austen is said to have regularly complained about her rapidly deteriorating eye sight; something that had never really given her any trouble in life. Evidence of these complaints exist in her letters.

Conveniently, long exposure to arsenic is known to cause cataracts, which explains Austen’s sudden deterioration in eyesight. 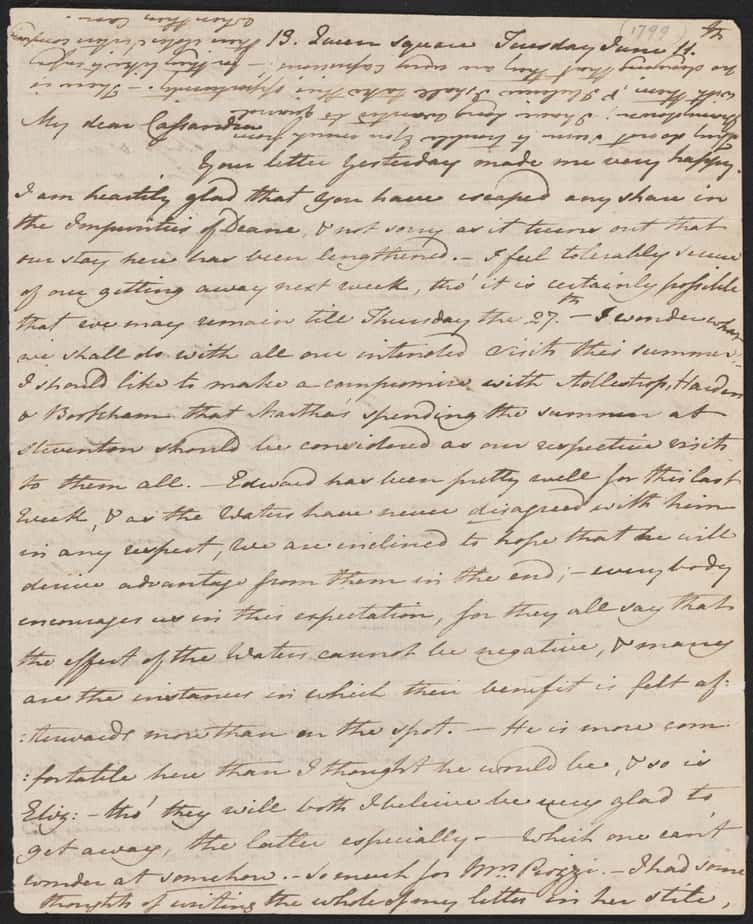 Letter from Jane to her sister – by Wittylama – Wikimedia Commons

Existing in nature, arsenic is seemingly harmless. It’s a crystalline metalloid found in the Earth’s crust and is vital to the natural cycles of the planet.

When consumed by a human, arsenic becomes a poison, and can be linked to a multitude of health issues spanning from organ failure to cancer.

So why would Jane Austen have been consuming arsenic?

At the time, these health risks were largely unknown when it came to this toxic metal. In fact, most healthcare providers in the western world absolutely believed it to be a medicine with great benefits. 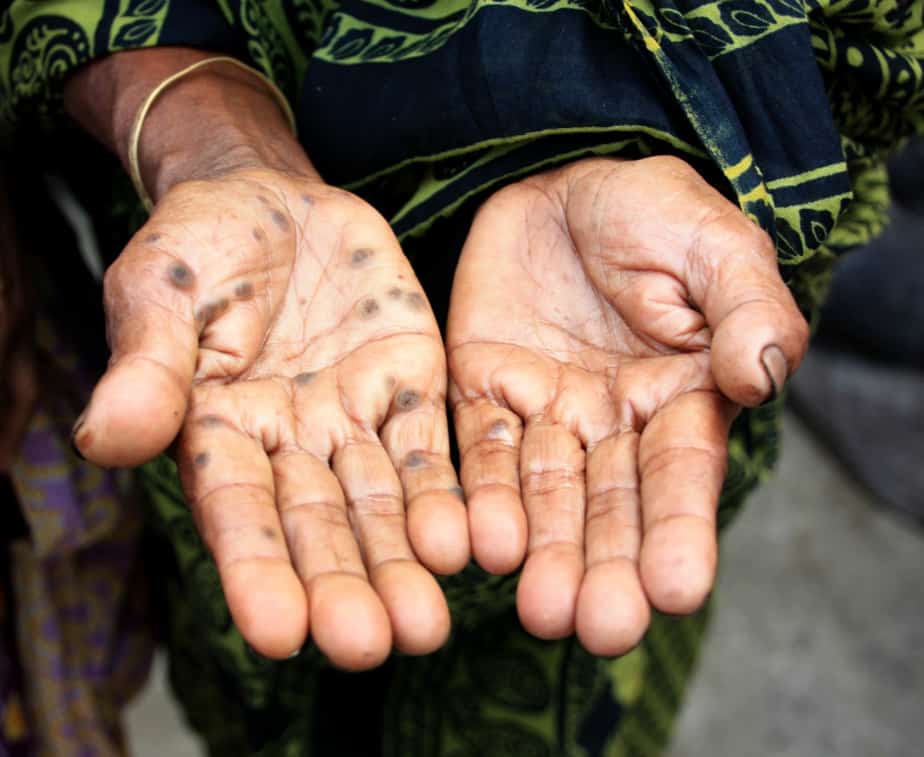 Arsenic was easy to get a hold of and widely available. Having little to no research to back the substance, it was distributed far and wide as a treatment for everything from rheumatism to sexually transmitted diseases. Interestingly, Austen also complained of rheumatism in her letters as well.

Of course, the doses were never high enough to kill a person in one go, so most consumers of this “medicine” were exposed to it over months and years, until eventually seeing their death.

If these perditions are true, then whatever disease was indeed attacking Jane Austen’s body at the age of 41 becomes largely irrelevant. This was probably not the cause of her death at all. Jane Austen was likely poisoned by arsenic.

To take the mystery even further, writer Lindsay Ashford published a controversial book in 2001 called The Mysterious Death of Miss Austen.

In the book, Ashford explores the notion that we shouldn’t overlook the possibility of Jane’s death being a murder.

While Jane might indeed have been receiving medicated treatments for a health condition, Ashford says the motivation behind it might have been calculated. 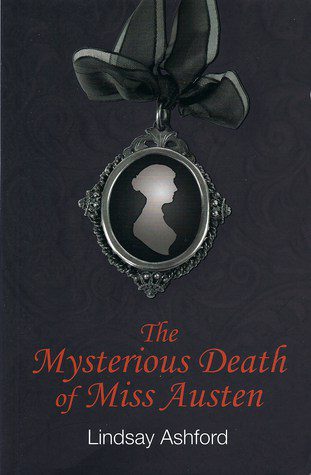 She has managed to delve deep into the family history of the Austen family and feels there is a lot that went unknown; some events worthy of murder motive.

During the 19th century, arsenic was a popular tool for murder as the ability to test the human body for trances of it only emerged in 1836.

Ashford’s theory has been met with much resistance. Janet Todd, editor for the Cambridge edition of Jane Austen, strongly disagrees with Ashford, stating that arsenic poisoning seems logical, but it would have been completely accidental if so.