Driving In London: Everything You Need To Know 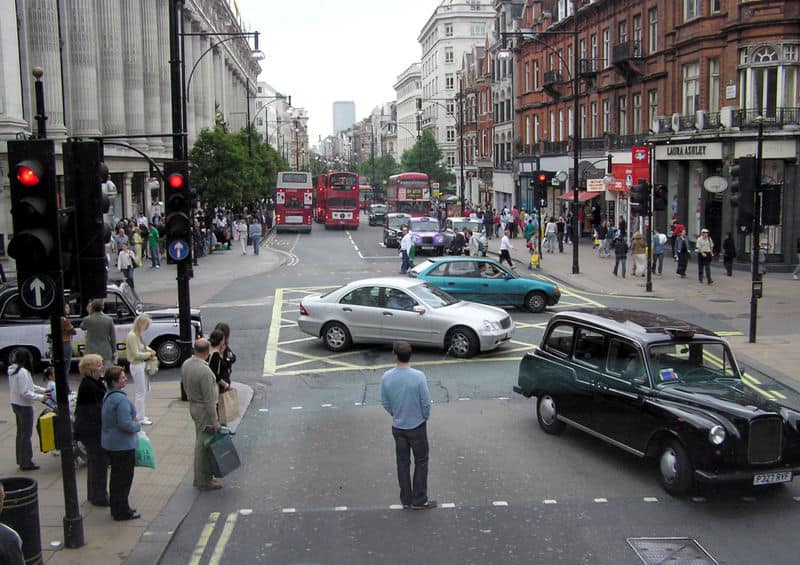 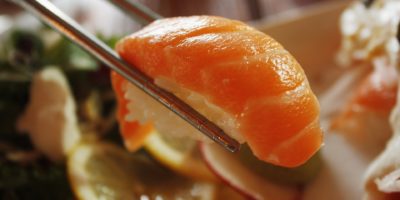 Driving In London: Everything You Need To Know

1. There’s lots of car hire companies to choose from

Unless you’ve driven your car into the country via the Channel Tunnel or a car ferry, chances are you’ll be hiring a car to drive around for the duration of your stay. The UK has a wide range of reputable and trustworthy companies to choose from, and in London especially there will be no end of choice. Due to so much choice, it’s probably a good idea to search online in advance and book your car hire beforehand. That way, you’ll have one less thing to think about as you disembark your transport and you’re more likely to get a good deal.

When you come to pick up your car, make sure that you have all the relevant documents on hand that you might need. This includes, of course, a valid driving license, but all reputable hire companies will also want to see your passport. Make sure that your rental includes full motor vehicle insurance, and check whether they require you to have an international driving permit. Once you have all that, you’re good to hit the road!

2. You drive on the left in London, and the rest of the UK

The UK is definitely outnumbered when it comes to its driving side. Only 76 countries observe left hand driving laws. As well as the UK this includes India, South Africa and Australia. This is only a third of the world, the rest of which drive on the right like the USA and mainland Europe.

This can take some getting used to, even if you’re an experienced driver and have driven on the left before. Many car hire companies recommend that you hire a car with automatic transmission, to give you one less thing to think about while you’re getting to grips with the new style of driving, and preventing you from constantly reaching to the wrong side by accident.

This may sound daunting, but many drivers find the new side surprisingly easy to get used to. This is especially as speed limits in and around London tend to be relatively low, particularly compared to the speedy Autobahns in Germany for example.

3. Make sure you’re aware of all the charges that may apply

The most important charge to bear in mind when driving in London is the Congestion Charge. This is an £11.50 daily charge for driving a vehicle in Central London. It applies when driving during the hours of 07:00am and 18:00pm Monday to Friday, but not during the festive period between Christmas and New Year.

The charge is an important way of reducing traffic and congestion on London’s roads, as well as improving air quality. It is enforceable by law and cameras are set up to check that as many cars as possible have paid when they should. If you are caught having not made the payment, the penalty charge could be up to £195.

You should also make sure that your vehicle adheres to the standards required by the Ultra Low Emission Zone. Head to the Transport for London website for full info and an easy way to pay.

4. Drivers must obey the Highway Code

The Highway Code sets out mandatory guidance and rules for drivers in the UK. Many countries have a similar system, however in order to drive legally in the UK, you must be familiar with the practices and rules of the Highway Code.

The Code provides rules and best practice for drivers when dealing with a wide range of situations that they may encounter when driving in the UK. It is especially important that you are familiar with the Code in London, as the busy streets will present many different challenges on every journey. It can also provide valuable information on the laws and regulations of driving in London, many of which will be extremely useful, especially if you are driving in the city for the first time.

Everyone knows how busy London’s streets can get, especially for drivers. Driving in London is perfectly possible and safe, but it is likely to be a slower and more complex process than you are used to. There are many more traffic lights, bus lanes and junctions than in less built up areas. It is important to pay attention at all times, especially if you are unfamiliar with the route. Jaywalking is not illegal in the UK, and it is important to be aware of any pedestrian who may attempt to cross close to your vehicle.

No matter how frustrated you get, it’s not recommended to use your horn in annoyance. It is mostly frowned upon in the UK and won’t get you anywhere fast.

Driving during the peak hours of 7am to 9am and 4:30pm to 7pm is likely to be extremely difficult and slow. If you are a tourist who is just sightseeing it is advised to leave these times to residents and workers who have places to be.

6. It is unlikely to be the fastest way to get to your destination

London’s traffic is not to be sniffed at, and is famous around the world for its long delays at peak times. While there are a few benefits to driving in London, there are outweighed by the likelihood of traffic causing delays to your journey.

In most cases, the London Underground will be a much faster and more efficient way to get to your destination. The Tube is fast and reliable, and is well signposted and staffed by employees who will be happy to help if you get lost.

If you don’t fancy travelling underground and would like to see more of the city as you go, try catching a bus. London buses are frequent, safe and have very wide ranging routes. It’s likely that you can find one or two that go straight from your accommodation to the doorstep of where you want to go. Many also run throughout the night, perfect for catching a late West End show or going out for drinks.

London’s streets are narrow and winding, and any parking spaces that you’re lucky enough to find will most likely be a tight squeeze for even the most compact of cars. As such, anything bigger will likely make your driving experience much more difficult. They are also significantly more expensive to hire, and will consume much more fuel which costs more money in highly populated areas such as Central London. A larger car will also be more difficult to handle if you’re unfamiliar with the route or with driving on the left. Central London is also quite compact, so you’re unlikely to need your car for very long distances

These cars are designed for rough terrain and severe weather, both of which you won’t find in London. Unless you’re planning a road trip up to the highlands of Scotland, you’ll be much better off with a car that is just big enough for your party.

London’s nightlife is famously vibrant, and many people visit from all over the world to sample the legendary party scene. No matter how much fun you have, it should go without saying, but you must not drive in London, or anywhere, when drunk. Drink driving laws in the UK are strictly enforced, with severe penalties for those caught to be in charge of a vehicle while over the permitted limit. The blood alcohol content limit is the same as in the US (0.08%).

Police officers are much more likely to be out checking on nights that people typically drink, such as weekends and holidays.

If you are socialising during your visit and intend to drink, London has no end of safe ways to get home without driving. Some tube services and many buses run all through the night and are very affordable, or if you prefer private transport black cabs and Ubers are always available.

9. Keep an eye out for vulnerable road users 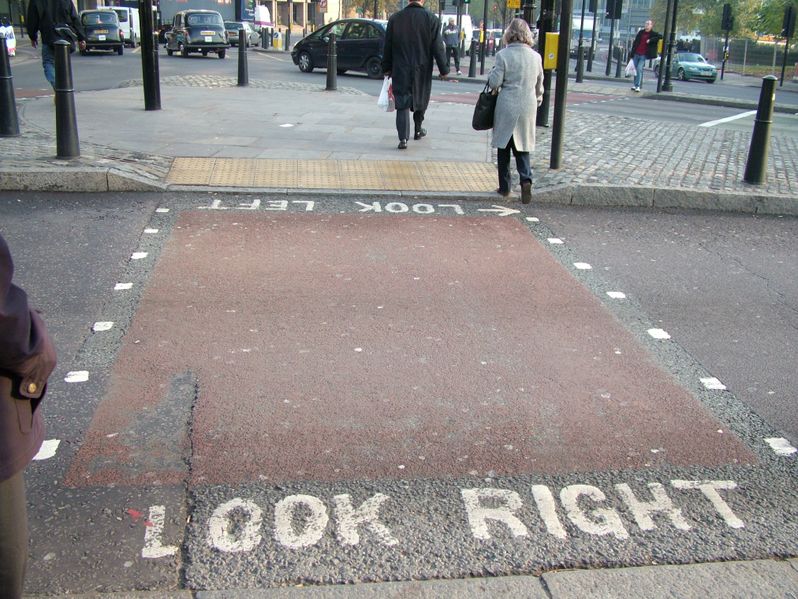 London is a very highly populated city, so as a driver you’ll encounter thousands of other cars on each journey. However, there will also be all other kinds of road users, and as a driver it is important to use caution at all times.

Cyclists in London often find vehicles intimidating on the busy roads, so it is important to give them space and not pass too closely. In certain areas you’ll also encounter rickshaws, which have less manoeuvrability so should be driven around carefully.

10. Be aware of road markings

Different road markings have different meanings, and should be carefully observed. For example, busy London has many roads which are marked with double red lines, which mean that you cannot stop or park your car there at any time, for any reason. Failure to comply may result in an accident or fine. Make sure to check online if you’re parked up and unsure if you’re permitted to be there.