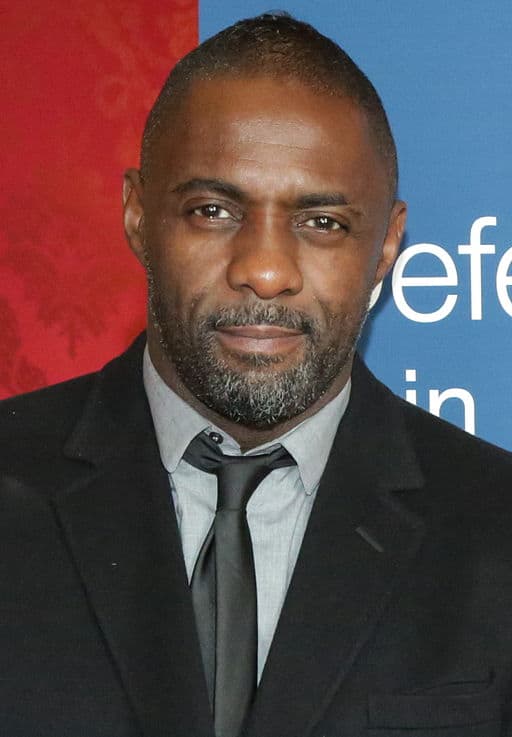 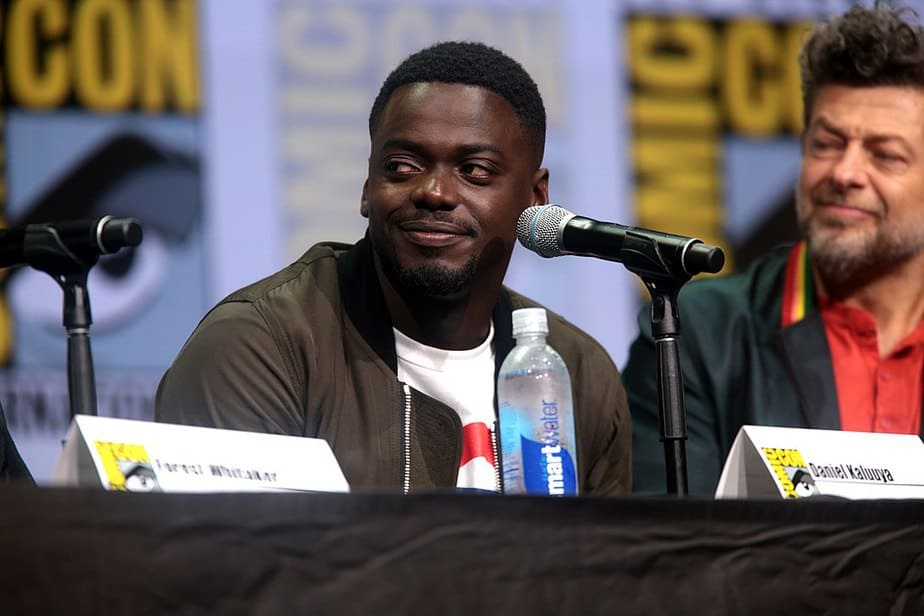 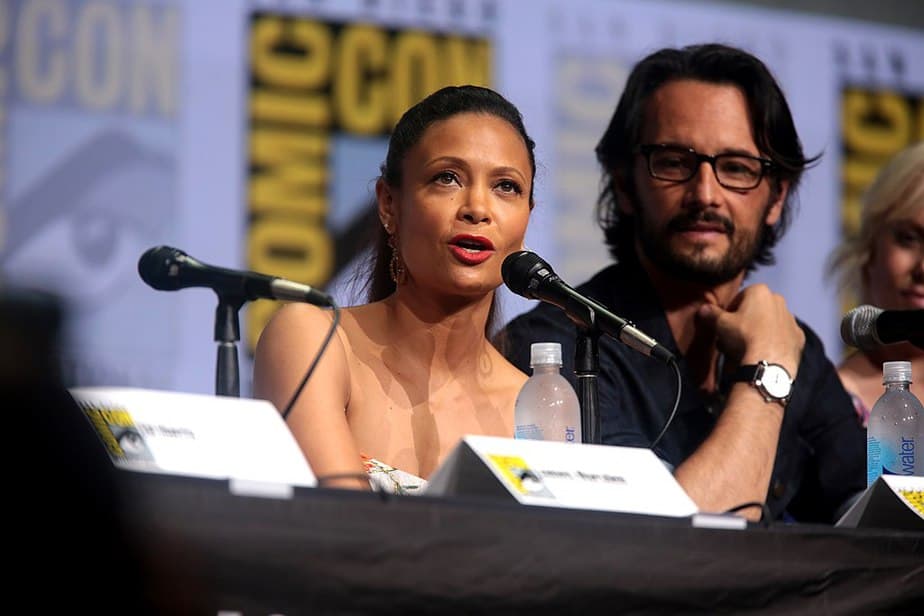 When watching your favorite shows and movies, every person should be represented in the content you’re seeing. Are there really any societies today where every single person is a rich, straight, white male? I didn’t think so.

Inclusion and diversity in the cinema is extremely important to show the viewers how the world really is, how it is crucial to involve everyone, and how leaving out certain groups of people are detrimental to their representation and their treatment in the world.

Despite efforts made by the industry to try and diversify Hollywood, male characters dominate 68% of plot lines compared to female characters at approximately 32%. Female screen time increased only about 2% in the time period from 2007-2017.

When it comes to race and ethnicity, white characters still comprise the majority of the story lines at a whopping 70%. After that, black characters make up 12.1%. Something here doesn’t seem quite right.

Although diversity is being pushed in Hollywood to show how the world really is, black actors characters are still under-represented in the film industry. Despite having less roles to be cast for, there are numerous black actors and actresses that have broken into the film industry due to their extraordinary talent.

Hailing from the UK, there are many British black actors and actresses that have come up through the ranks to become movie stars. Here we have comprised a list of the 5 talented British actors that you will most likely have seen and heard of today. 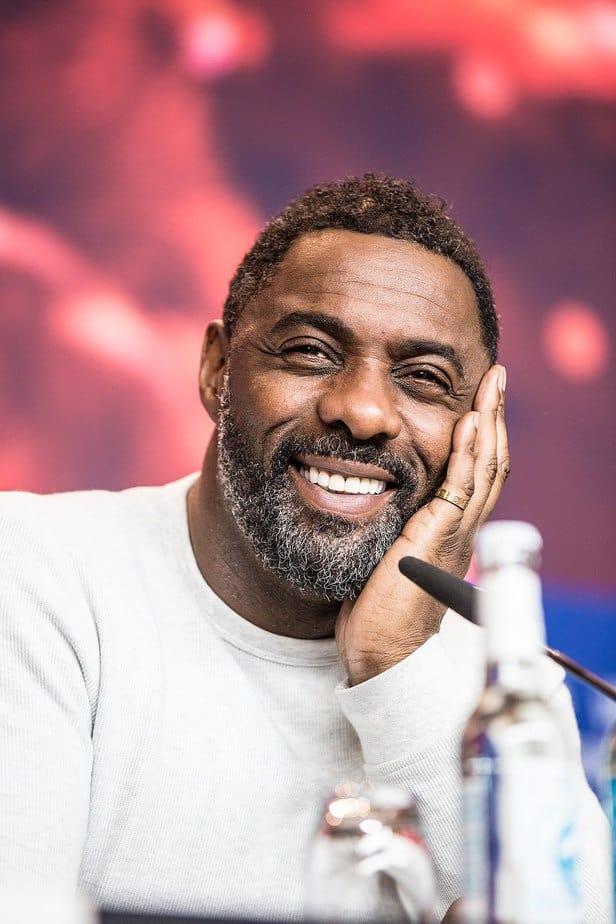 Idris was born on September 6, 1972, in Hackney, London. His parents were married in Sierra Leone and later moved to London where his father worked at the Ford plant. Elba grew up in Hackney and East Ham, a district east of Charing Cross.

Idris first became involved in acting at his school in Canning Town, auditioning for a play and meeting his first agent in the process. A few years later, he began his own DJ company with some of his peers, kick-starting his music career. He won a spot at the National Youth Music Theater due to a Prince’s Trust grant and continued his DJing career at various nightclubs.

After studying at the theater, he began auditioning for television roles in his early adulthood. He gained his first acting role in Crimewatch in 1994, a show that re-enacts murders and reconstructs major crimes to gain information from the public watching the show. After this role, he was cast in many supporting roles in British television, such as Absolutely Famous and Dangerfield.

After he gained a supporting role in the famous crime drama Law & Order, he was granted the lead role in The Wire – a 2002 HBO drama series that was perhaps his best-known role in the US. After this starring role, he appeared in many other TV films and TV series and was cast as Charlie in Turn Up Charlie, a Netflix comedy series that first aired in 2018.

In film, Elba began his movie career in 2007, agreeing for the lead role in Daddy’s Little Girls. After this role, he starred in numerous Marvel Comic Books movies, such as The Losers and Avengers. One of his most famous roles was when he played Nelson Mandela in a movie based on his autobiography. He spent a night locked in a cell on Robben Island, to see how it would feel to be imprisoned as Mandela had so man years ago. His performance gained him a Golden Globe nomination.

In recent years, he had a supporting role in Beasts of No Nation, which earned him a Golden Globe nomination and a BAFTA Award nomination. He continues to star and support in movies to this day, switching between various genres and themes.

For his music career, he continued his passion for DJing well into his adulthood. He has appeared in music videos for famous rappers and hip-hop artists produced songs for Jay-Z and DJed at NBA All-Star parties. 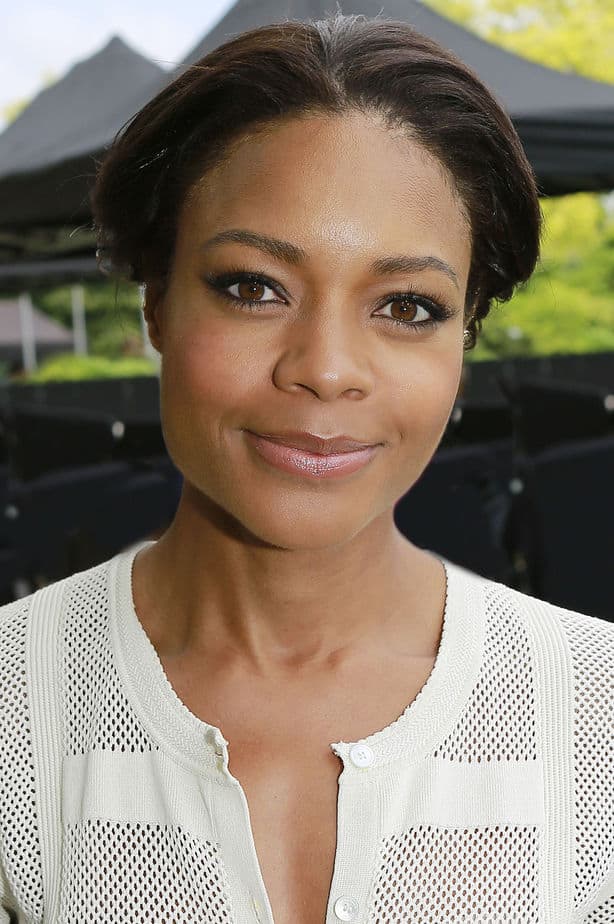 Naomie Harris was born on September 6th, 1976 in Islington, London. Her mother came to London from Jamaica as a child, and her father, Brian Clarke, is a fashion designer who came from Trinidad. They, unfortunately, separated before she was born, and Naomie is not in contact with her father. She grew up in Finsbury Park and attended St Marylebone School. She later attended Woodhouse College as a sixth-form student, in the northern section of London in Barnet.

Harris has appeared in television shows and films since she was only nine years old, scoring a starring role in the sci-fi series The Tomorrow People. Since she starred in the post-apocalyptic thriller 28 Days Later, she has enjoyed tremendous film success, gaining roles in huge hits like the Pirates of the Caribbean and Miami Vice.  Harris co-starred in one of the infamous James Bond films, Skyfall, playing Eve Moneypenny – she is the first black actress to play Moneypenny. 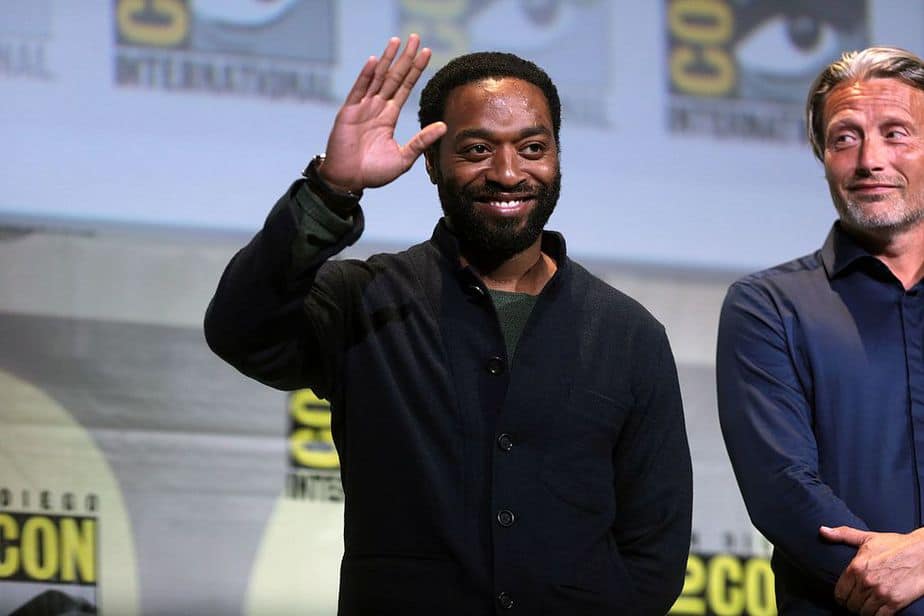 Chiwetel was born in Forest Gate, London, on July 10th, 1977. He was born to Nigerian parents, with his father being a doctor, and his mom a pharmacist. When Chiwetel was 11, he was in the car when his father died in a car crash. As he grew up, he began acting in school plays at Dulwich Prep London, and later at his senior school, Dulwich College. He was accepted into the London Academy of Music and Dramatic Art but left after he received an acting role in Amistad.

Chiwetel made his film debut in Deadly Voyage in 1996, and later garnered the role of Romeo in Romeo and Juliet. He was awarded the Jack Tinker Award for Most Promising Newcomer in 2000 and gained another nomination in 2001 for his performance in Blue/Orange.

In 2008, Chiwetel made his debut as a director in the short film Slapper. A year later, he starred alongside John Cusack in 2012, which became one of the highest-grossing films of all time. In 2013, he took the role of Solomon in 12 Years a Slave. This movie was one of the biggest movies of the year, and arguably, the decade. There was wide acclaim that his performance would declare him an almost-certain nominee for an Academy Award for Best Actor – which he was, at the 86th Academy Awards on March 2nd.

In 2019, Chiwetel continued his directorial prowess. Instead of another short film, he had his first feature directorial debut with The Boy Who Harnessed the Wind, which went on to become an entry for the Best International Feature Film at the 92nd Academy Awards. 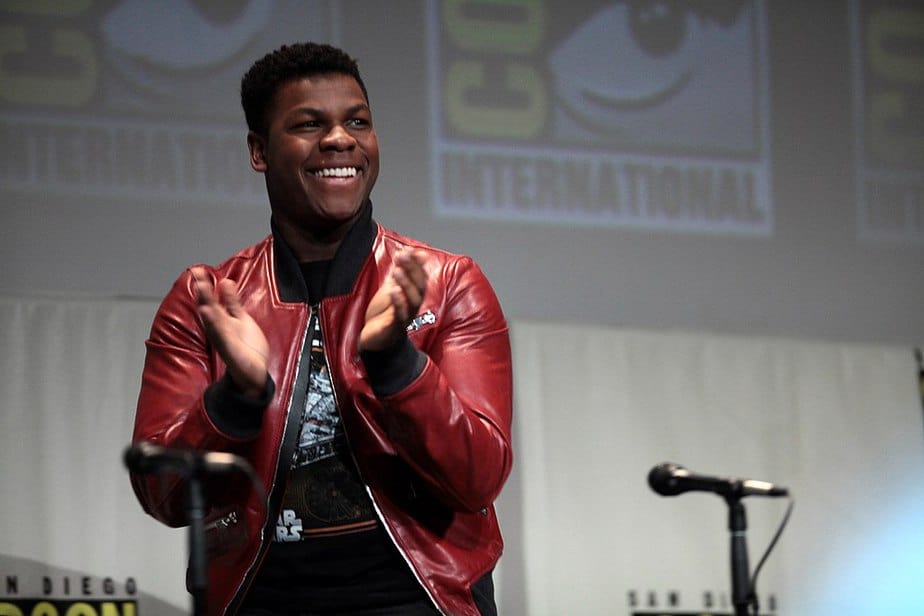 The youngest actor on this list, Boyega was born on March 17th, 1992, in Peckham London. His mother works with the disabled, and his father is a Pentecostal minister. He attended school at the Oliver Goldsmith Primary School, where he began acting at the age of nine. He was noticed by the artistic director of Theater Peckham, where he later joined and spent all of his after-school time.

In 2003, Boyega started attending Westminster City School, before heading to South Thames College to gain a diploma in Performing Arts. He gained the title role in Othello, and was later on track to attend the University of Greenwich, but decided to drop out to focus on his acting career.

Boyega trained at the Identity School of Acting and was offered a role in Attack the Block in 2011. Later that year, he was cast in the boxing drama Da Brick, an HBO production. Unfortunately, the pilot was not picked up by HBO.

Despite the pilot not being picked up by HBO, Boyega worked on other projects that year and gained some notoriety in the industry. In 2012, he was cast in the film Half of a Yellow Sun. Two years later, he was cast as a lead in Star Wars: The Force Awakens – no doubt his break-out role. Boyega’s performance received wide acclaim from critics and the general public alike.

In 2017, Boyega starred in both Detroit, a film about the 1967 Detroit riots, and the second Star Wars film for him, Star Wars: The Last Jedi. A year later, he continued with his third Star Wars film. 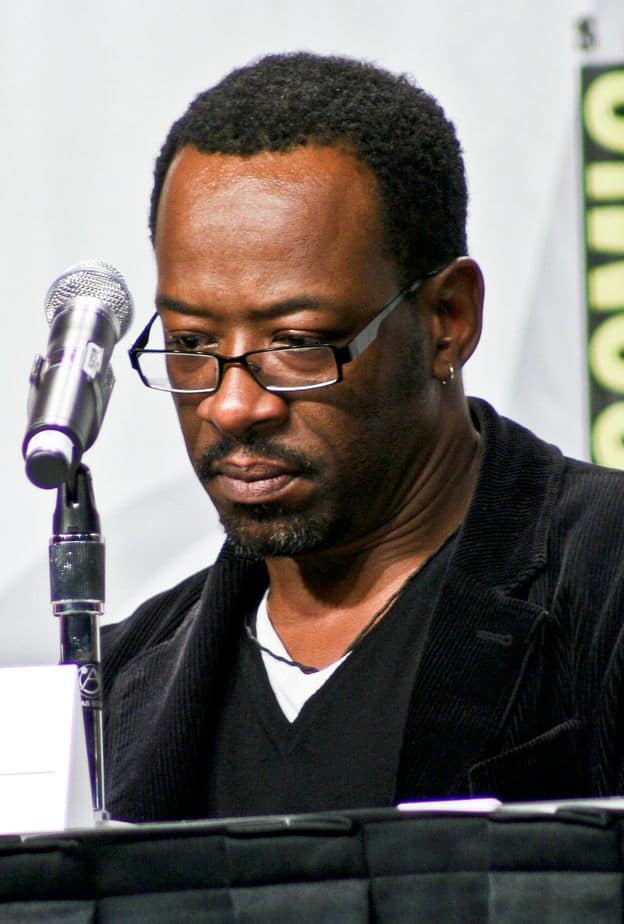 Lennie was born in Nottingham on October 11th, 1965. He lived in South London with his parents, until his mother died when he was 10 years old. He and his brother decided to live in a children’s home, where he remained in foster care for 8 years. After initially wanting to become a professional rugby player, he was introduced to acting during his teenage years. He attended the Guildhall School of Music and Drama, where he graduated in 1988.

James has appeared in over 20 films during his career, many of which have been widely acclaimed as huge box-office or audience hits. He starred in Les Miserables in 1998, Snatch in 2000, and Sahara in 2005. On television, he started in the prison drama Buried in 2003, before starring as Robert Hawkins in Jericho in 2006. In 2012, he received critical acclaim for his performance as DCI Tony Gates in Line of Duty.

In 2010, James guest-starred as Morgan Jones in The Walking Dead. He reprised his role in the third season, as well as in a post-credit scene at the end of the fifth-season premiere. He returned for the finale that season and played a crucial role during this episode. Despite having limited screen time in this show, he received wide acclaim for his role, and fans loved his part in the show.

James wrote a TV film, Storm Damage, which was nominated for a British Academy Television Award for Best Drama Series. The show is about a teacher who tries to go back to the foster home he left to help the children who are still there, a story loosely based off of James’ real life.

There are numerous British actors who have stood out in recent years as exceptional talents in the film, theater, and TV world. However, the aforementioned five are widely regarded as some of the best British actors of their time.

From younger actors to the more experienced few, British actors have been prominent in local theater, US TV shows, British films, and English TV shows. Showing diversity and inclusion on various streams of media is extremely important to depict how the world really is.

All of these actors we mentioned are black, British actors. More importantly, they are extremely talented actors. Period.