10 Spooky Haunted Houses and Places in the United Kingdom 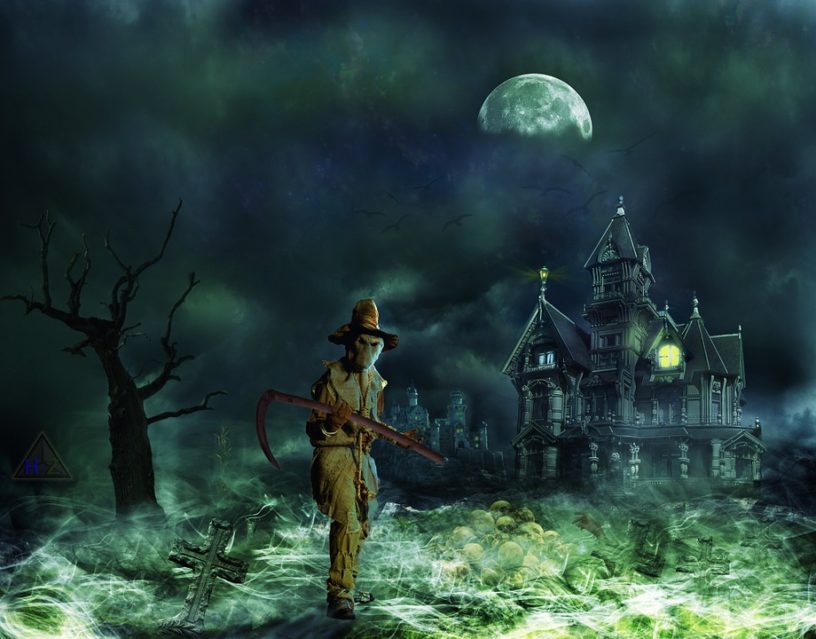 by currens from Pixabay 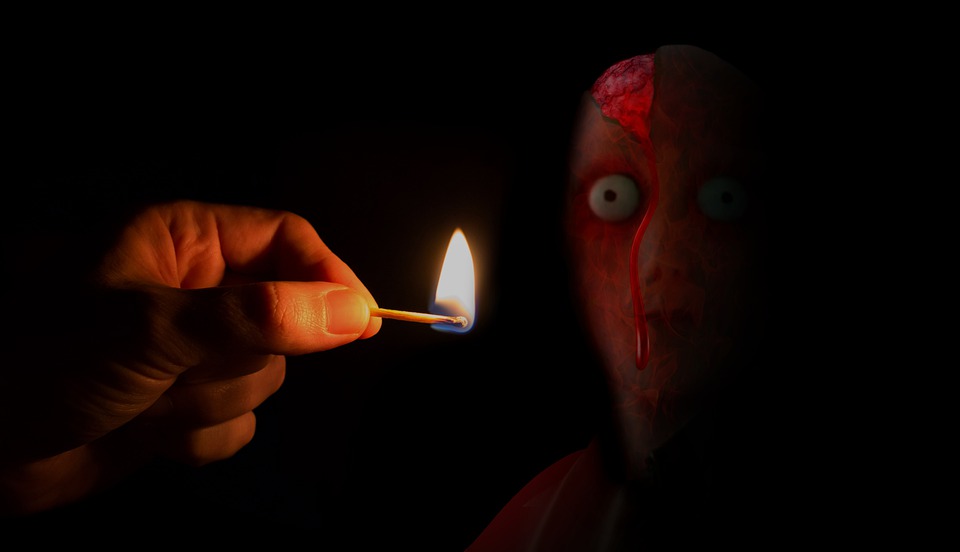 Image by Peace with Love from Pixabay

10 Spooky Haunted Houses and Places in the United Kingdom

The UK  has a long bloodthirsty history and dreary dark weather, it’s no wonder it hosts an enormous number of spooky sites.

The UK is packed with rickety old mansions, abandoned castles, eerie cemeteries and post-industrial landscapes that are terrifying.

According to the National Trust of the UK which looks after many ancient buildings,  some play host to a few ghost stories.

From grand mansions to cottages, castles and follies, pubs and even a Regency playhouse, the buildings are many and varied.

With some dating back to as early as the 12th century, they’ve plenty of stories to tell. British ghosts might be polite, but that doesn’t make them any less ghoulish.

Visit the UK’s most haunted places and come face to face with all manner of spooks, spirits and spectres.

Let us help you discover spooktacular Halloween and ghostbusting places. These are the 10 spooky haunted houses and places in the United Kingdom. 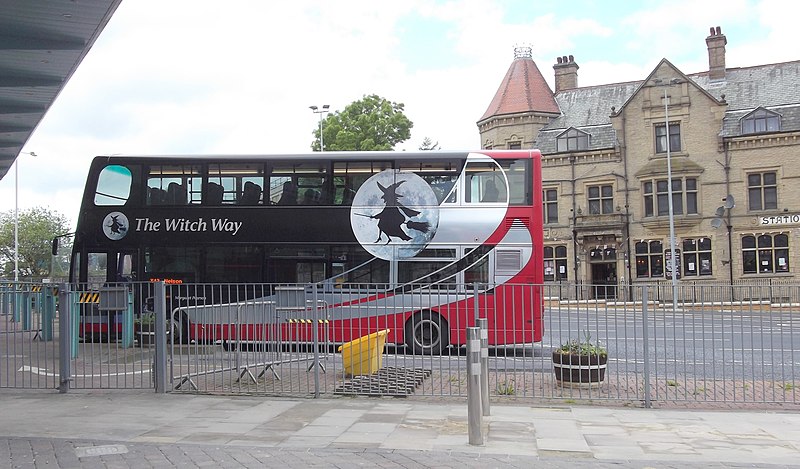 Image by Robert wade from Wikimedia

Pendle Hill is well-known among the locals as one of the scariest places in the United Kingdom.

The Twelve  Pendle witches were hanged to death in the year 1612 at the Lancaster Castle.

The ghosts of these witches haunt the burial grounds of Pendel hill.

Most famous among them is Alice Nutter, who was wealthier than her supernatural contemporaries and chilled everyone with her silence during the trial.

It is located in a spooky locale overlooking the Newchurch village. The hill has since featured on multiple television shows, including a live broadcast from the “Most Haunted” crew.

During the day of Halloween, many inquisitive ghost hunters and other locals climb up this hill to witness ghost activities.

Jubilee and Munin, Tower of London ravens. Image by Colin from Wikimedia

The Tower housed prisoners for their final days, before being trotted out for public execution.

It was also famous for harbouring the Crown Jewels.

There are a number of spirits apparently wandering the halls of the Tower of London.

But the most famous is that of Anne Boleyn – estranged wife to Henry VIII, who met her end on the block.

She’s often seen walking around with her severed head tucked under her arm.

Others have spotted her staring through the window of the room in which she was imprisoned. 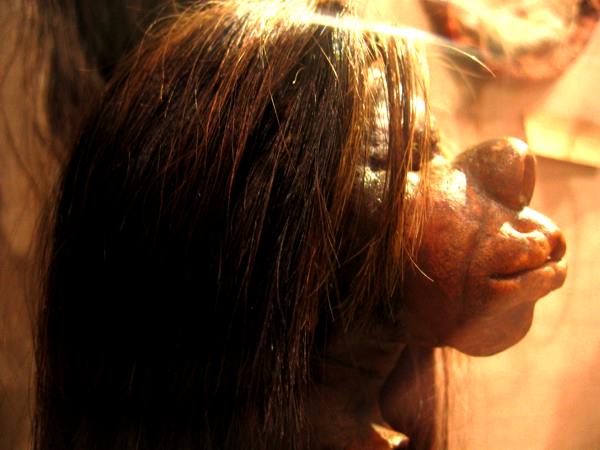 Image by MykReeve on en.wikipedia from Wikimedia

At the back of Oxford’s Natural History Museum, this Victorian pile is a treasure trove of bizarre ethnological curiosities.

The museum has hundreds of artefacts guaranteed to give you the creeps.

From trepanned skulls and a foetus in a jar to medieval torture devices and a floor made of sheep’s bones.

Eschewing interactive touchscreens and other modern gizmos, the museum has barely changed since it opened in 1884, retaining a creepy and gloomy atmosphere.

Visitors need torches to explore what lies hidden in the shadows.

Even the donation box is creepy: drop in a coin and an army of wooden zombies begin to swing their arms, eyes flashing red. 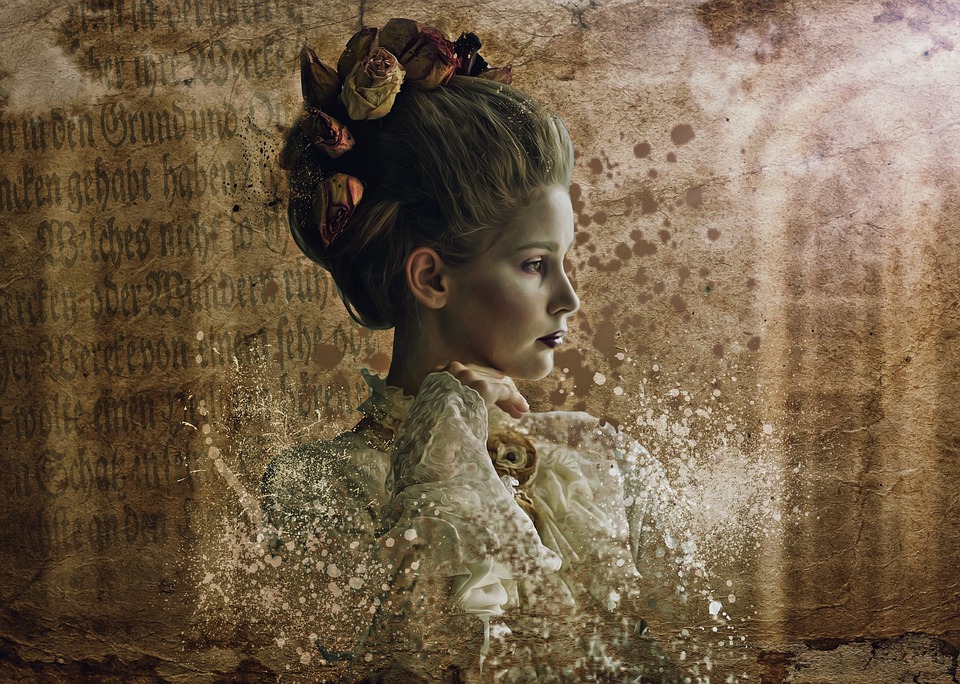 Image by Enrique Meseguer from Pixabay

Blicking Hall is home to the ghost of Anne Boleyn the doomed wife of King Henry VIII.

Blicking hall is home to 3 ghosts:

Anne Boleyn’s headless ghost  returns on the  anivessary of her execution.

As night falls, her ghost rides up to the house, in a coach drawn by a headless horseman, with her own head on her lap. The moment the coach arrives in front of the house it vanishes into thin air.

Sir Thomas was  cursed for taking no action to prevent two of his children being executed by Henry VIII.

Each year his ghost has to attempt to cross 12 bridges before cockcrow. His frantic route takes him from Blickling to Aylsham, Burgh, Buxton, Coltishall, Meyton, Oxnead and Wroxham.

The spirit of ‘Falstaff’

Other less dramatic ghostly residents of Blicking Hall include the spirit of Sir John Falstofe, the inspiration for Shakespeare’s Falstaff.

Sir Henry Hobart’s dying groans are  heard emanating from the West Turret Bedroom on the anniversary of his death.

Image by Bill Boaden from Wikimedia

Aston Hall is a  listed Grade I Jacobean house. It is a leading example of the Jacobean prodigy house.

This red-brick manor house hosts  quite a few ghosts since its completion in the 1630s.

He  locked her daughter away for 16 years until her death. Her ghost, Holtes houseboy and a green lady  are said to wander the halls.

Keep your eyes peeled for ghostly Royalist soldiers too. There’s a hole in Aston Hall’s staircase made by a cannonball when the house was under siege during the English Civil War. 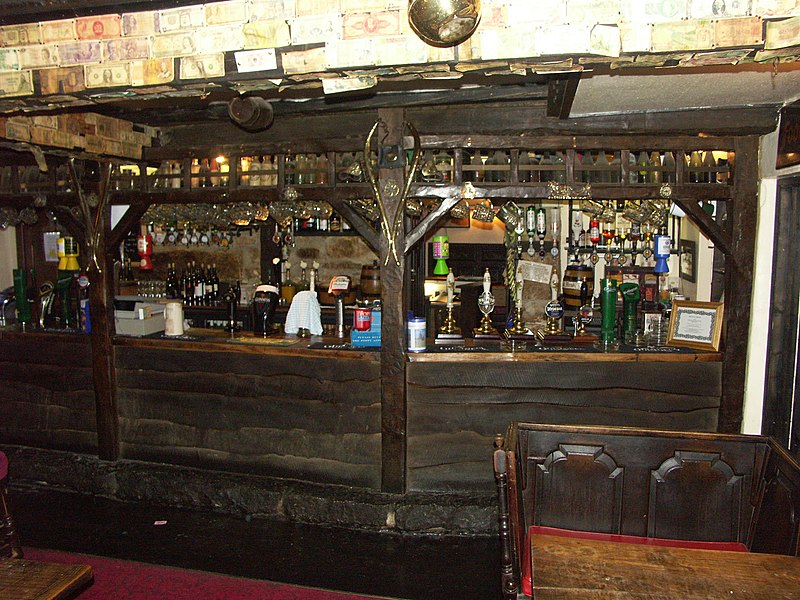 Image by PhotoOptik from Wikimedia

With Cornwall’s rich pirate and smuggling heritage, it is not surprising that the Jamaica Inn is believed to be haunted by a highwayman and a murdered smuggler.

The bar is said to be one of the most haunted areas of the inn and previous landlords have heard footsteps believed to be a spirit returning to finish his drink.

Alternatively, spend a night at the haunted inn, where previous guests have reported a series of strange incidents during their stay.

The Ghost Society has made in-depth investigations and compiled a report based on their findings.

The areas of substantial interest to the investigation were, The Smugglers’ Bar, The Stable Bar (now the museum), upstairs in the old bedrooms, and the rear restaurant/gift shop area.

Watch this video on YouTube.
In the peaceful countryside of Kent you’ll find the picturesque village of Pluckley. Despite appearances, Pluckley is widely considered one of the most haunted places in Kent, and across England.

It was once named the Most Haunted Village in Britain in the Guinness Book of World Records in 1989.

An astounding 12-16 distinctive ghosts have been reported to reside in the village so it’s easy to see why it’s so popular for ghost-hunters hoping to catch a sighting.

Amongst Pluckley’s numerous ghostly tales is that of The Watercress Woman who witnesses have reported to have seen sitting on Pinnock Bridge smoking her pipe.

The elderly woman was well-known in the village for selling watercress from the river to the villagers.

It is said that one evening after drinking she fell asleep and her pipe dropped onto her clothing, within moments she was consumed by the flames.

She is believed to still haunt Pinnock Bridge with some witnesses describing a faint pink glow which hovers in the air above the spot where she died. 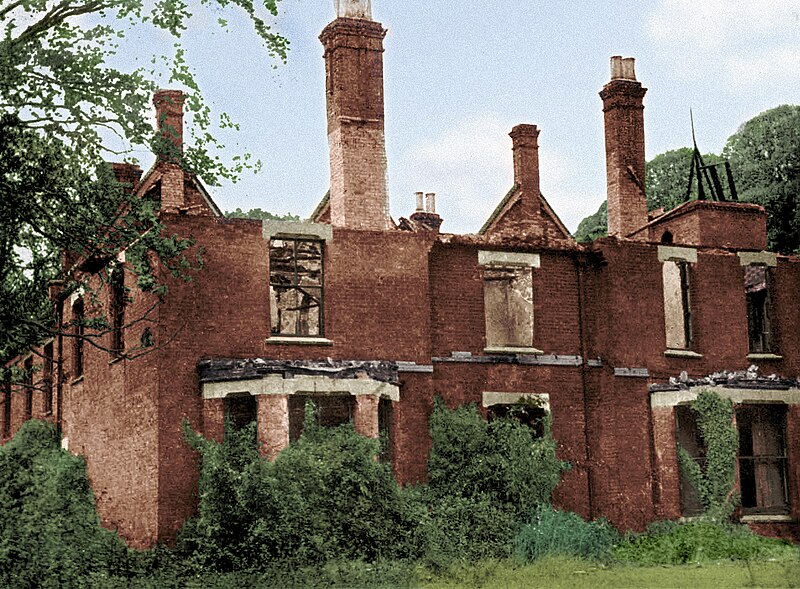 This place was formerly a glorious Victorian mansion located in the tranquil village of Borley.

In the year 1939, a massive fire destroyed this beautiful mansion and since then many unexplained activities in and around the mansion have been reported by all the locals residing in this village.

This became well known worldwide as one of the most haunted places in England after it was featured in the Daily Mirror.

The first-ever paranormal activity reported in this mansion was in the 1860s when footsteps were heard inside the mansion.

Other unexplained and scary things witnessed here include two headless horsemen, a ghost of a nun, a ringing of the servant’s bell, a phantom carriage and bottle-throwing, among others.

The Ancient Ram Inn built way back in the 12th century, is one of the most famous haunted sites in the UK.

It pretty much ticks all the boxes on the spooky checklist. Not only was it built on an ancient pagan burial ground, but it also boasts over 20 regular spectres.

It’s now the UK epicentre of the ghost hunting world, with supernaturalists descending on the ground year-in-year-out.

Amongst the many ghosts that patrol the rooms of The Ancient Ram Inn and its creepy basement is a lost little girl allegedly killed by her mother who can be heard wailing deep into the night.

The worst of all is a very randy male sex spirit called an incubus, renowned for pushing unsuspecting guests onto the bed.

Image by Immanuel Giel from Wikimedia

For those in search of some family-friendly spookiness, the Forbidden Corner offers all the thrilling anticipation of a classic “haunted” seaside attraction without the crowds and crushing disappointment.

What began in 1991 as a private folly garden within the grounds of the Tupgill Park Estate in Wensleydale has evolved, over 30 years, into the self-styled “strangest place in the world”.

With a nod to the sometimes surreal and strange sets from The Prisoner, The Avengers and Goosebumps, the Forbidden Corner is an enchanting but unsettling journey via a maze of tunnels, chambers, revolving floors, grottos, talking statues and secret doors.

Forbidden Corner was always designed to be experienced alone or in a small family group. Its coffins and dark tunnels may be frightening for kids isn’t that the point?

Ghost-hunting events in the UK are on the increase and not just limited to Halloween. There are companies behind organising ghost hunts at over 170 locations in the UK, scaring – or trying to scare – thousands of customers a month.