10 Best facts about the Pontycysyllte Aqueduct 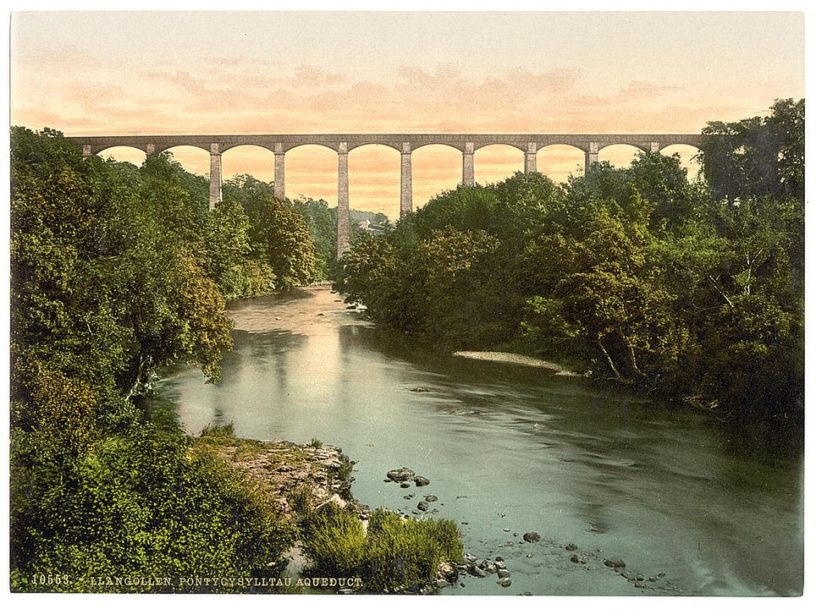 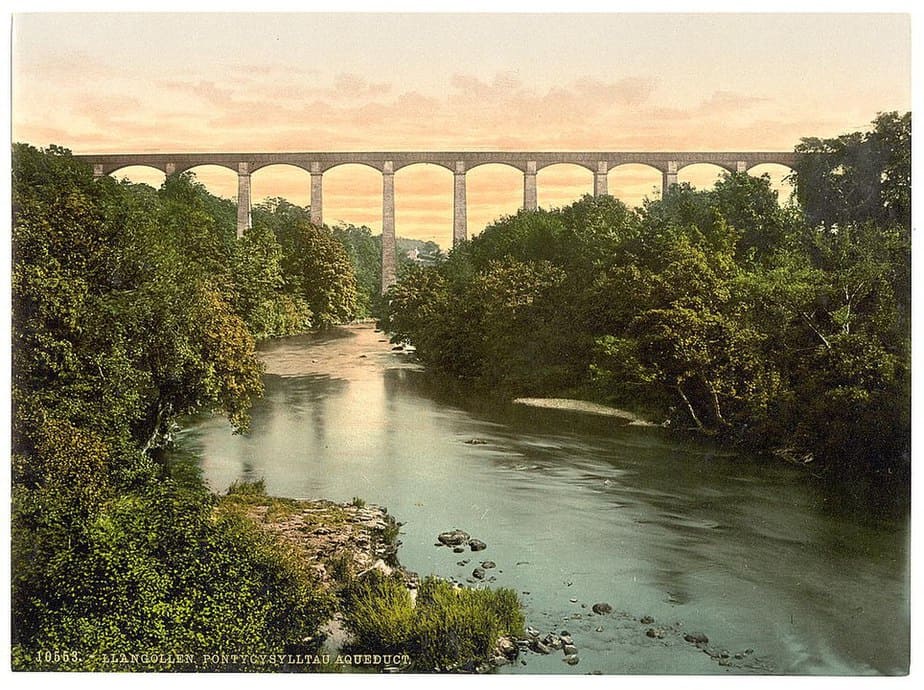 10 Best facts about the Pontycysyllte Aqueduct

The Pontycysyllte Aqueduct was known as the stream in the sky. It is more than just another victorian edifice. It is located in that beautiful Vale of Glamorgan in the North East o wales.

The Aqueduct is only one hour away from Liverpool and Manchester and also takes 2 hours from Birmingham. Civil engineers Thomas Telford and William Jessop designed the Pontycysyllte Aqueduct for a location near an 18th-century road crossing.

The original plan was to create a series of locks down both sides of the valley to the embankment that would carry the Ellesmere Canal over the River Dee. Immediately after Telford was hired the plan changed to an aqueduct that would create an uninterrupted waterway straight across the valley.

Although his work was supervised by Jessop who more experienced Canal engineer. Some of Telford’s projects included of Caledonian Canal, the Menai Suspension Bridge, the  Neptune staircase in Scotland and The Iron bridge the world’s first iron bridge.

The work took around ten years from design to construction. The ironwork was supplied by William Hazledine from his boundaries at Shrewsbury nearby Cefn Mawr. The Pontycysyllte was officially opened in November 1805.

1. The Pontycysyllte is still used as a popular tourist attraction

The Pontycysyllte gained and was awarded the UNESCO World Heritage Site status in June 2009. In the recognition of the civil engineering that was employed in the designing and building of the Aqueduct. The amazing aqueduct became the most popular tourist attraction purpose and it still serves today.

2. The Aqueduct is the longest and highest

Its structure has amazing features with some stats including:

length of 307 meters, the width of 3.7 meters height of 38 meters, and the water depth of 5 feet and 3 inches. The bridge consists of 18 arches and 4 piers standing in the water of the river below which is much longer than it appears to be.

The aqueduct is the longest in Great Britain and the highest navigable canal in the world. It has a quite impressive record for a structure that was completed over 2 centuries ago.

3. The part of a canal that crosses the border between Wales and England

The Pontycysyllte Aqueduct has an incredible piece of engineering that is located in the northeastern part of Wales. It is also the part of the Llangollen canal that crosses the River Dee.

4. The pontycysyllte aqueduct structure was completed in 1805

An aqueduct from East. Photo by Chris- Wikimedia commons

The Bryn Seion chapel has been sympathetically renovated and brought back to life. That has a contemporary feeling. The history was retained in the design of the Pontycysyllte chapel tearoom and the original features have been preserved.

The guests enjoy the food and beverages in a modernized chapel.  Coffee is brewed from freshly roasted beans by Adam and Russell. It is professionally made by a trained barista and is enjoyed alongside various foods from breakfast to lighter meals such as jacket potatoes, salads and sandwiches.

The chapel has underfloor heating, restrooms, WI-FI and on-site parking.  Also, the guests enjoy the local historical attractions like the Pontycysyllte aqueduct which was completed by Thomas Telford. One can take a short walk from the Pontycysyllte.

6. The sandstone was quarried  in the village called Cefn Mawr

The building materials of the aqueduct were combined with stone and cast iron. Its quarry featured sandstone high in quartz it was locally known as the Rock. The stones were discovered at the location where the local football team which was known as the ‘Cefn Druids’ built their football stadium. It was known as the ‘ rock stadium.

7. One can check out the view from the old bridge

Downstream from the aqueduct, there is a narrow sing lane bridge on the B5434 road that crosses the River Dee. Before walking across the bridge one can have a view upstream of the aqueduct.

8. Get a chance to walk along the Pontycysyllte Aqueduct

The Pontycysyllte Aqueduct is 1007tf long. It has an incredible height that makes the walk along a   narrow towpath so thrilling. The canal towpath was mounted above the water with a sturdy railing to prevent any accident. The ultimate view is from the centre of the aqueduct which is high above the River Dee and the valley over 100ft below. 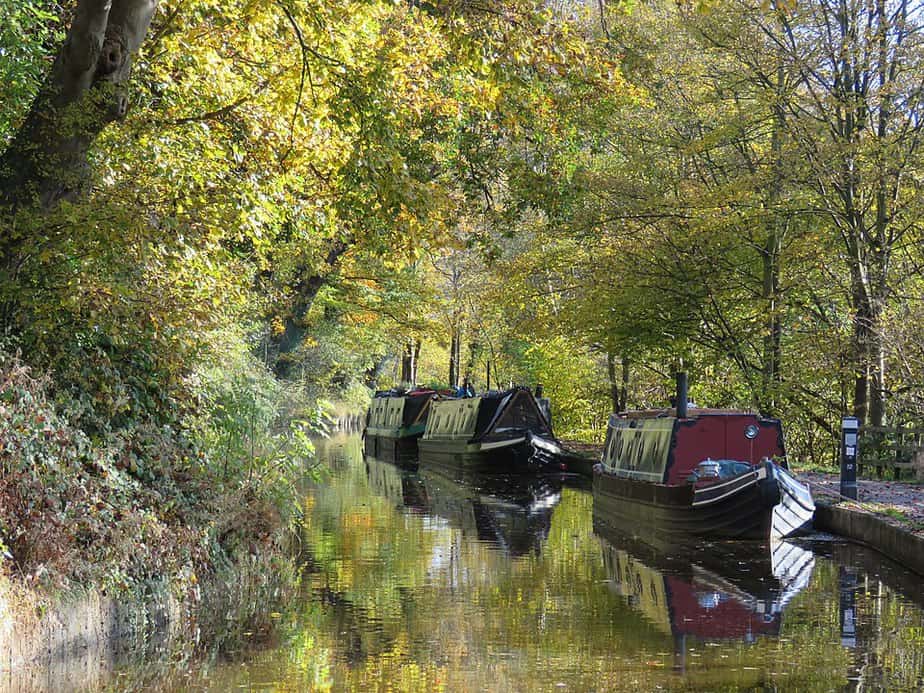 Boat companies at Llangollen  Wharf and Pontycysyllte aqueduct offer short trips. They are both horse-drawn and motorized. This is the best way to experience the Llangollen canal on a narrowboat trip. If one has plenty of time it may take about 3days to travel the 46 miles of the canal. The canal has 21 locks.

10. It offers  opportunities to explore the Llangollen canal 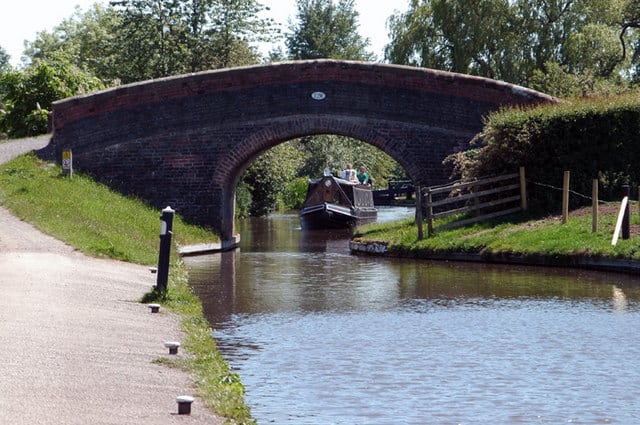 The walks along the Llangollen canal are epic and stunning. Along the way, one can spot bust stops, and plenty of benches to sit and also watch the narrowboats.

There are pubs along the route. They include Telford Arms and the Corn mill at Llangollen.  Cafes are found at both ends of the canal between the Pontycysyllte aqueduct and Llangollen.

The level easy walk to the gorgeous Horseshoe fall takes between 30 minutes and -1 hour depending on the pace. One can take a gentle walk from the town of Llangollen toward the Viaduct.