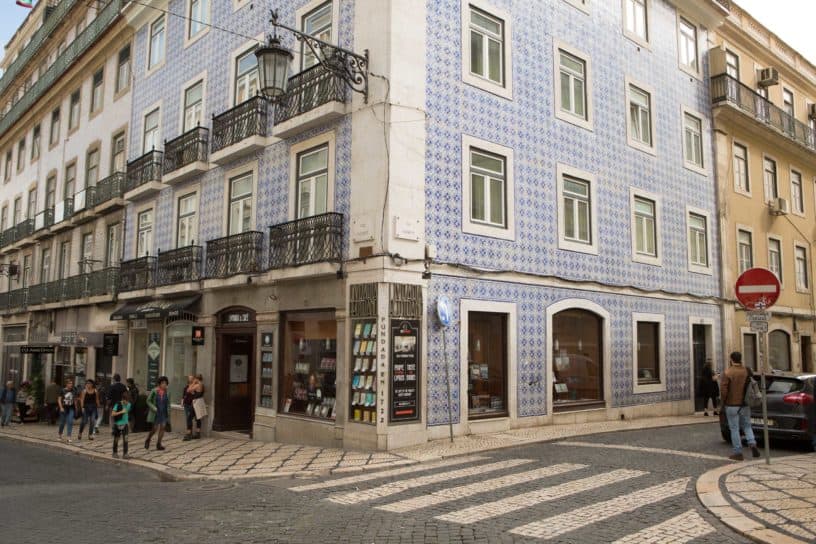 One of the most enjoyable things about exploring Lisbon has been uncovering the existence of some of the finest book housing spaces in the world.

Not long ago I made a day of exploring the Mafra National Palace Library; an enchanting space seemingly out of a fairytale that houses 36,000 books in Lisbon. There was also the Lello & Irmão Bookstore, where it is rumored that J.K. Rowling found her initial inspiration to write the Harry Potter series.

Just when I thought I’d seen it all, a friend asked if I’d made some time to visit the Libaria Bertrand in Lisbon, just west of the Alfama; “It’s like meeting with everyone and everything you’ve ever admired throughout history, all in one room”. 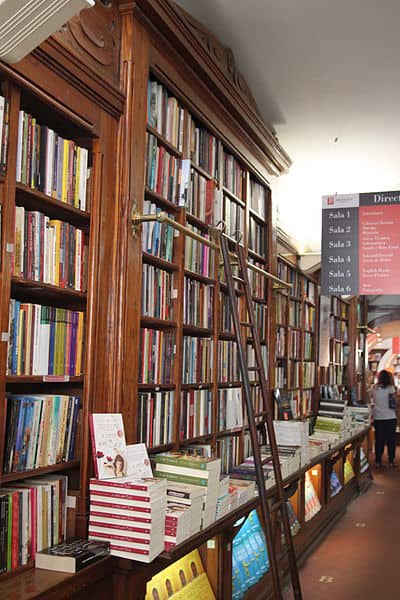 History of Livraria Bertrand in Lisbon

The Bertrand Bookstore in Lisbon was officially opened to the Portuguese public back in 1732. If you do that math you’ll realize that this bookstore has been in business for almost 300 years.

Where the store is located now, west of the Alfama in Chiado, is not actually the original location. The original store was destroyed in an earthquake in 1755 which forced the owners to relocate and set up shop somewhere more stable. 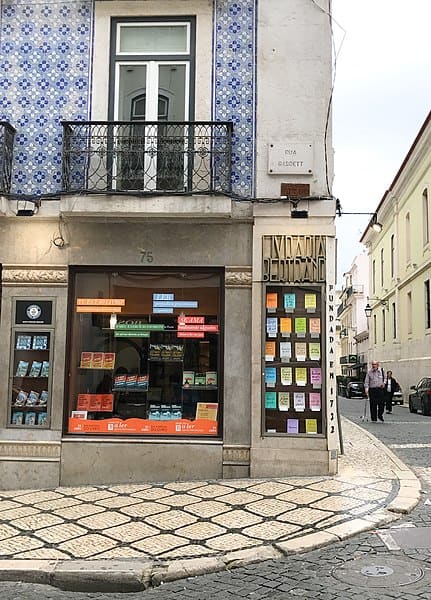 The first store was opened by a man named Peter Faure. After just a few years of ownership, Faure made the decision to turn over the business to the Bertrand brothers. It was these two who managed to grow the bookstore into the chain that it is today with over 50 successful vicinities all over Portugal.

The premises in Chiado remains the oldest. The certificate of confirmation from the Guinness Book of Records is displayed proudly on the entrance window.

You can come past and visit on your own accord or simply join a free guided walking tour that will take you through the Chiado area en route to the historic Alfama.

Interior of Livraria Bertrand in Lisbon

From the outside the bookstore appeared to be but just a compact corner shop. Once you make your way in you’ll realize that this building actually tunnels and allows the store to be spread through multiple rooms and building sectors, with all of the walls covered in shelving. 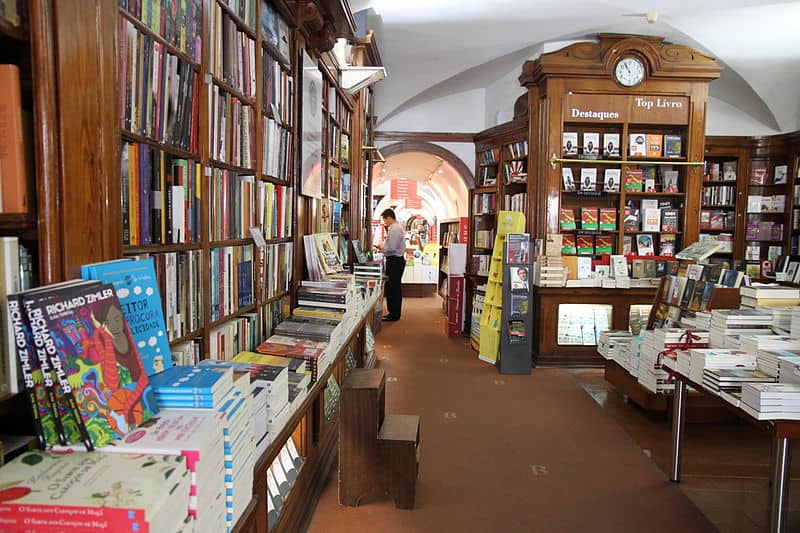 The ceiling archways inside of the space give the bookstore a breathable nature. The space is somewhat comparable to a church in the sense of it being so quiet and peaceful, even in its most chaotic moments.

Being in business for almost 300 years made renovations and modern touches a necessity to this space. There is nothing distinctly “old” about the interior at Bertrand, however as you move through the space you’ll catch glimpses of the infrastructure of the years gone by: a lonely, struggling pillar or a patch of exposed brick whose family remains covered in plaster.

What to Buy at Livraria Bertrand in Lisbon

Despite its worldwide popularity, Bertrand Bookstore keeps things distinctly Portuguese. I’d say about 95% of the stock is centered around Portuguese language books ranging between everything from cooking to fiction; science to esoteric; biographical to photography.

There is a small English desiccated section within the bookstore that features most of the classic works and a few contemporary bestsellers. You’ll find the two shelves containing these works in the room with the cash register. 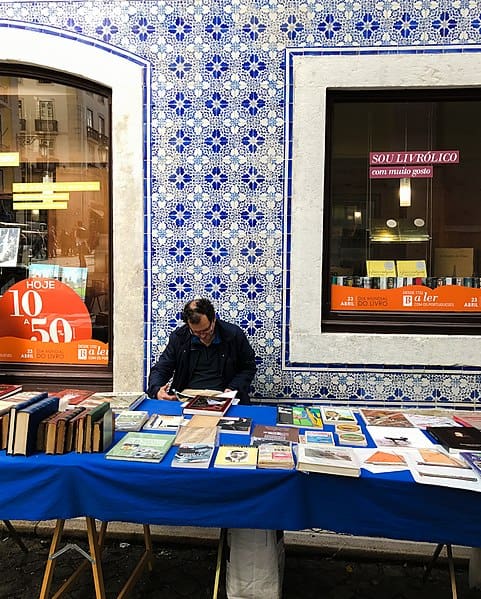 Consider investing in a copy of Catcher In The Rye or Jane Eyre just for the sake of having purchased it at the world’s oldest book seller. The store will even give you the option of having one of their approval stickers placed inside the cover, stating where exactly the copy was purchased.

It you make your way deep enough into the back of the bookstore you’ll come to a small cafe. Even if you’re not buying books this makes for a peaceful pitstop during a day of excursions around Lisbon city.

Nearby Attractions of Livraria Bertrand in Lisbon

This area of Chiado seems to be somewhat centered around literature. Just one block west of the Bertrand Bookstore is another almost ancient book seller, the Libreria Mondo. 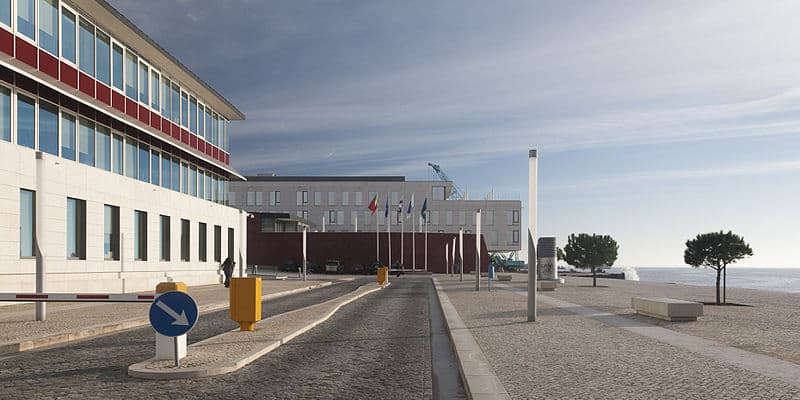 For the more modern experience, the Bookstore Trinity is a few blocks west and your source for everything new and relevant.

Keeping in mind that Chaido is almost a coastal neighborhood, moving south on foot will eventually bring you to the Tagus and the shoreside town of Cais do Sodre. All along this waterside strip there are cafes and docking ports where ferries come and go throughout the day. 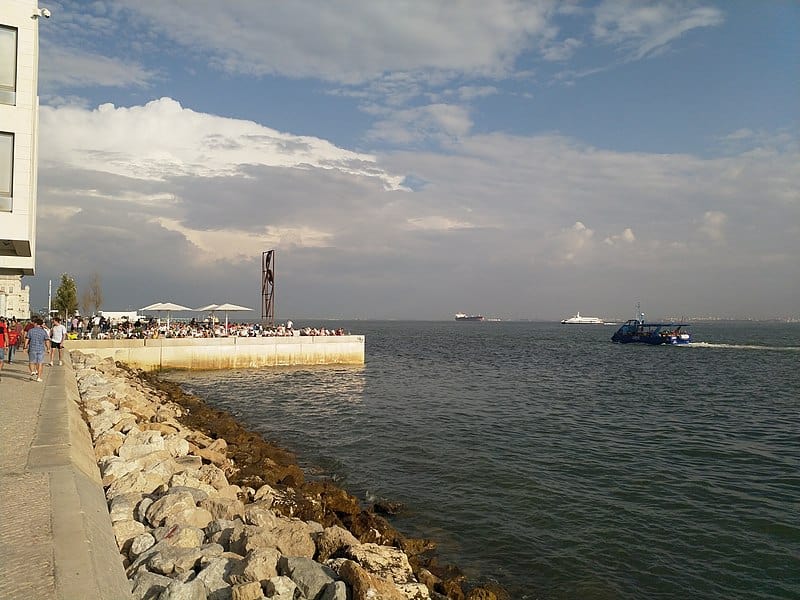 The Reminiscência is on this coastal edge and a great place to take some memorable photographs of your time in Lisbon. While here, take some time to enjoy a drink at the Quiosque Ribeira das Naus where they play ambient music to accompany the view of the water.

Being near a coastal space can sometimes make one forget that they are actually in a very historic part of a city. Not far from the water you have these opulent sites such as the National Theatre of São Carlos on Serpa Pinto road and the MNAC Modern Art Museum nearby as well.

This district is best explored by foot as it requires time and cognition to pick out all of the historic nooks that exist around each bend .

Book a Room in Chiado/Baixa Now