Which Theatres to Visit in Lisbon 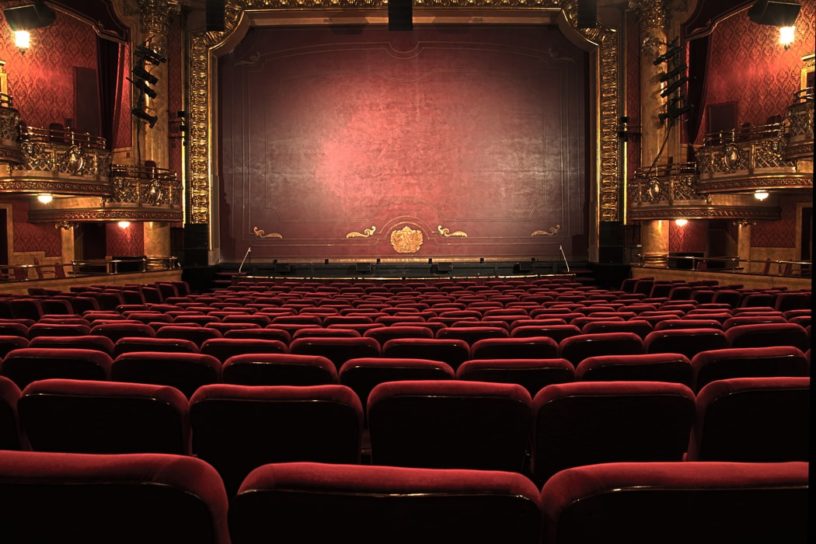 Which Theatres to Visit in Lisbon

Live performance is a big part of Portuguese culture, the deeper one goes into the nightlife of Lisbon the more evident this becomes.

Fado shows are one of the nightly pastimes that happen in venues all over the city center form the minutes the sun goes down. You can watch these live performances for free while you drink or dine in a local establishment, or pay the small fee for a show in a more professional setting. 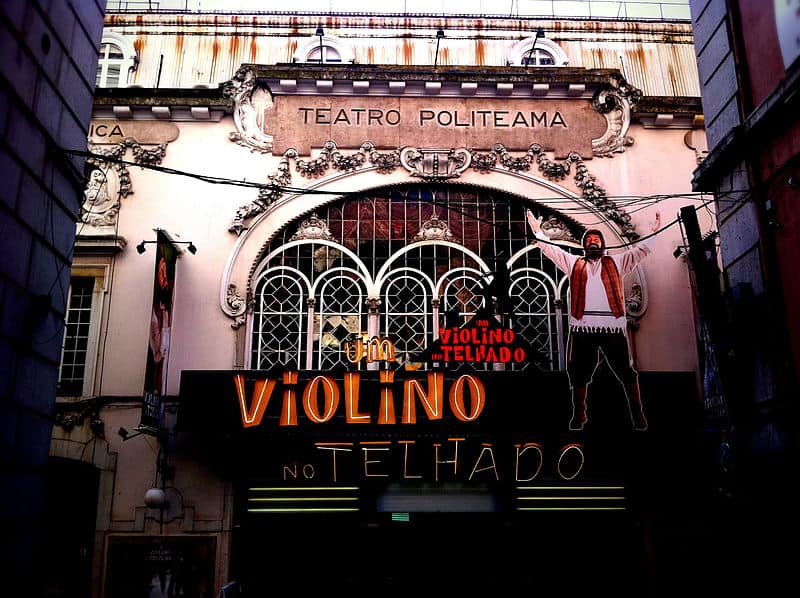 The theatre in Lisbon is another much loved pastime by both locals and tourists. There are many of them throughout the city center, most boasting impressive architectural designs in pre and post earthquake structures.

Tivoli is an old 1920s theatre just outside of the center-most part of Lisbon, above Chiado and Bairro Alto.

The building is perfectly designed for theatrical productions, offering some of the best acoustics and audience comfort. On the theatre bill are usually independent plays, small ballets, classic operas and live orchestral performances.

The Tivoli onsite restaurant is an attraction in itself that brings in hundreds of diners each evening all wanting to eat in the 1920s. 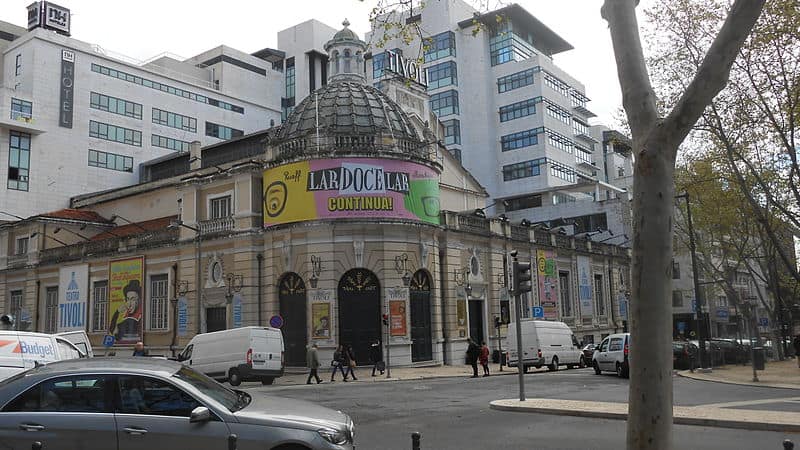 One thing you must know is that the street that houses the Tivoli is notorious for pickpockets in Lisbon. Be extra vigilant when both arriving and leaving the theatre, especially if you are roaming the road looking for a taxi or Uber driver.

Bookings for shows at Tivoli can be done online or in person at their box office. Visit their social media to find out what shows are on at the moment!

The São Luiz Teatro Municipal dates back to 1894 and is one of the most beautiful theatre in Lisbon.

The building exterior is a notable sight on free guided walking tours through southern Chiado. It was built using French architectural techniques and is noticeably different to the local Portuguese buildings that surround it.

In attempt to stay linked to its roots, the theatre alternates between Portuguese theatre and French productions. Showcases take place in the form of dance, musicals and even classical music performances (that are sometimes free to the public). 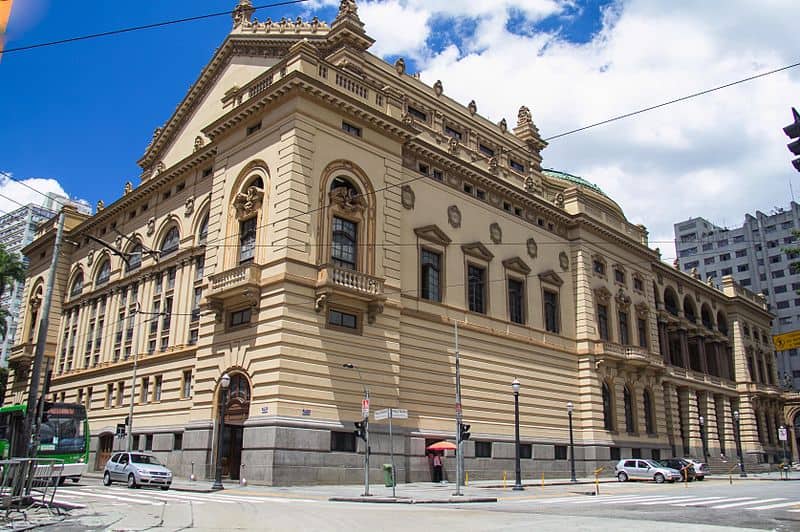 If you value theatre that have a transportive effect once inside, you’ll love the São Luiz Teatro Municipal. The interior is something straight out of early century France; back when people dressed for the theatre and it was considered an event rather than just a cultural experience.

Being so close to Bairro Alto, many people enjoy dinner and drinks in the district either before or after their show at São Luiz Teatro Municipal.

Just behind the São Luiz Teatro Municipal is another iconic Lisbon theatre, the National Theatre of São Carlos.

This is an opera house and focuses mainly on operatic productions with the occasional orchestral evening.

This neoclassical building was constructed and opened by Queen Maria in 1793. It was her response to public outcry after the Tejo Opera House was destroyed in the great earthquake never to be restored.

In comparison to most opera houses in Europe, the National Theatre of São Carlos is a small facility, offering intimate theatre experiences in the heart of the city center. Prepare for goosebumps from start to finish; and prepare to wait in line for twenty minutes to use the bathroom.

Again, this theatre is so close to both Bairro Alto and Chiado, making for the perfect evening out preceded by dinner and drinks in either of the adjacent districts.

Walking through the city center will take you through Rossio, a district often combined under the umbrella name of Chiado .

The Teatro Nacional D. Maria II is an impressive building that looks more like a house of parliament  or university than a national theatre. It’s a neoclassical structure that was built in 1846; the original building was a 19th century palace. 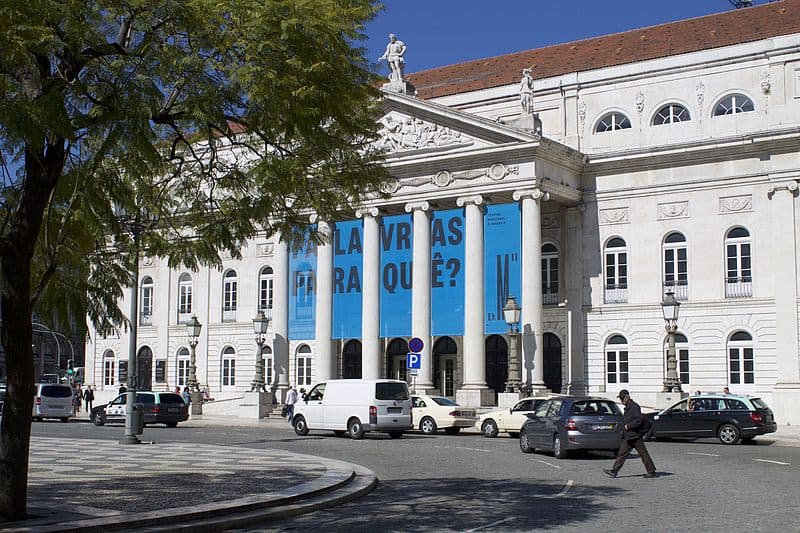 It is considered to be one of the most prestigious performances halls in all of Portugal. Artists and productions from all over the world will perform here should they tour to Lisbon.

Most of the local performances that take place at the Teatro Nacional D. Maria II are done so in Portuguese. They do English productions on occasion and you can find all schedules & ticketing information on their website and social media.

The Teatro Politeama is a theatre near Martim Moniz square, north of the city center.

It’s a lighter theatre experience, mostly directed at entertainment for the youth and children. One can expect satirical performances and a plethora of pantomimes on the bill. 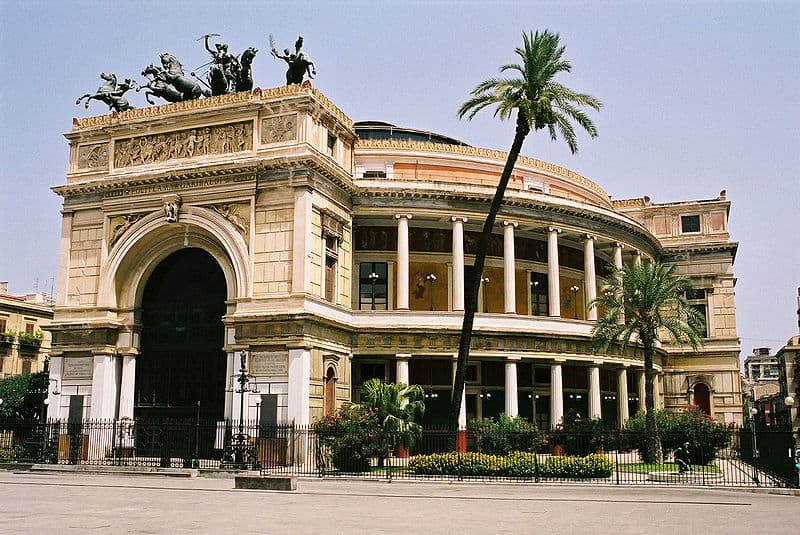 The theatre brings in many family productions from international stages such as Aladin, The Lion King and Matilda. This is also where you can expect to see famous musicals of all genres.

What’s great about the Teatro Politeama is that there is an electronic message board built above the stage where English and Portuguese subtitles are displayed relative to each performance.