Where to Find Late Night Food in Lisbon

Where to Find Late Night Food in Lisbon

If this is to be your first time in Europe, especially in the summer, you’re going to observe the notably late dining rituals of Portuguese locals. Dinners typically only start between 8:30 and 9pm, mains can be served as late as 11pm without any qualms.

So late night dining in Lisbon actually means extra late; most restaurants within the city center will remain open until midnight, with a handful following through until 2am for those in need. 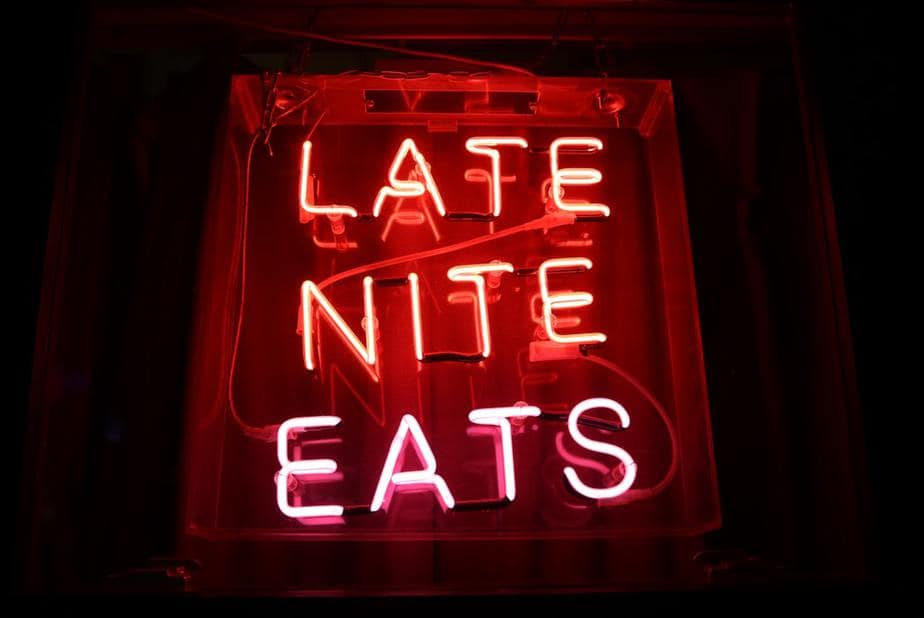 2am is about the latest it gets for food in Lisbon, there aren’t really any 24 hour eateries or fast food restaurants in the city. Here are a handful of the best options for when it’s late but you need to eat; takeaway is available for all of them.

Lisbon’s Time Out Market is a famous food market on the Tagus river in the southmost region of the city center . It’s a dining collective, offering kiosk style restaurants of different cuisines from around the world and a communal seating area where everyone gathers to enjoy their selections.

Most of the kiosks in the Time Out Market close between 10pm and midnight, with a few of the heath stores closing early evening. 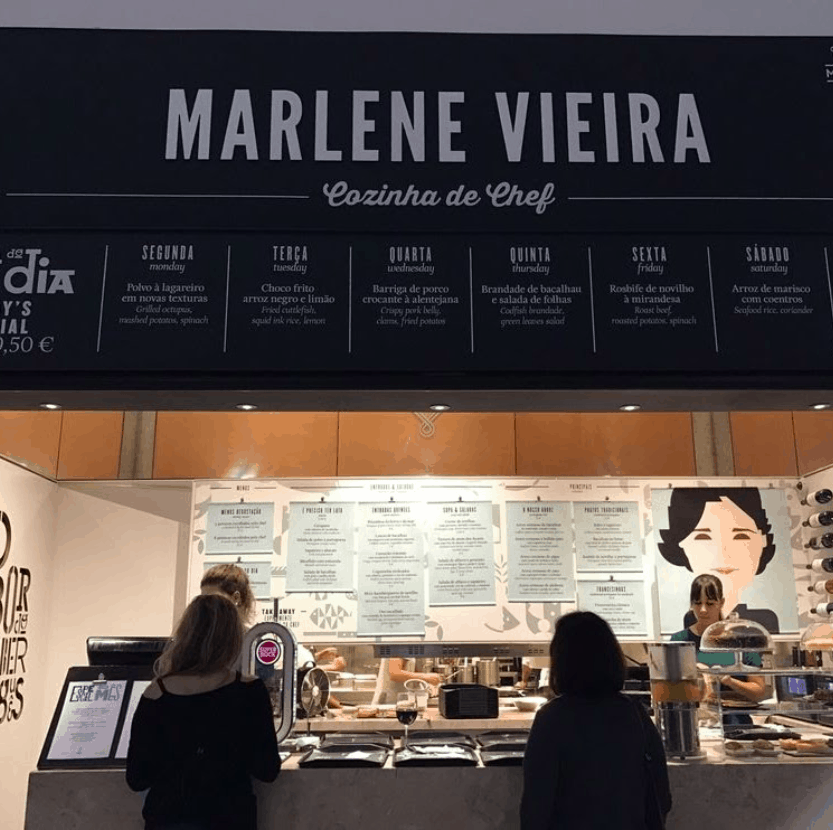 It’s a traditional Portuguese menu with everything from bacalhau to grilled octopus, risotto to prawns. They also do combo tasting plates where you can sample a small portion of a few different dishes, and share with someone over a glass of their house wine.

My recommendation would be their seafood stew; it’s the most popular dish on the menu forcing it to be made fresh every day (which is never a guarantee with market restaurants).

OPENING HOURS: Monday to Sunday – 10am to 2am

I hate to force more seafood down your throat so late in the evening, but unfortunately this is the majority of late night dining in Lisbon.

Gambrinus sits just north of the city center and is an authentic Portuguese bistro with a traditional feel from the interior through to the service. It’s rarely frequented by tourists and is more of a local hangout for Portuguese families and businessmen.

Their menu is available through until 1:30am every day, and instead of this being a place where maybe one or two tables are eating late at night, the space is usually full. 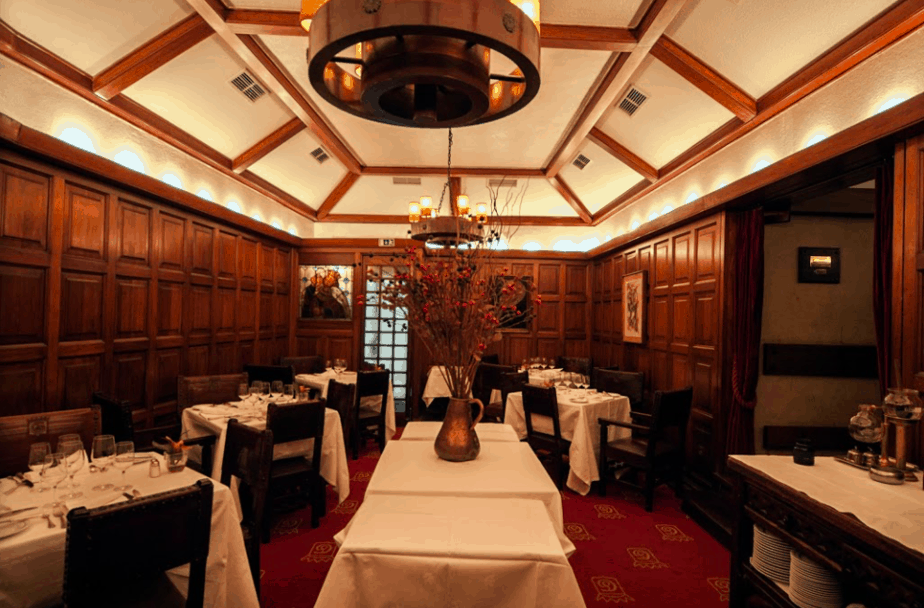 Gambrinus in Lisbon – by Gambrinus – Uploaded by them

Because of the localness of this spot, it is not usual for Gambrinus patrons to start their dinners at 11pm. Should you arrive with intention to dine late but find the floor to be full, there are always bar seats available and you can eat here.

There’s nothing quite as Portuguese as eating a steak, egg and chips at two in the morning.

West of the city center, Café de São Bento is a time warp that takes diners back to a romanticized version of the 1920s. Plush couches, wooden interior, soothing instrumentals playing in the background; a late night diners dream.

The menu here is authentic Portuguese as well but a lot more limited that other restaurants of this nature. The majority of the meals are centered around steaks, with the exception of a few seafood starters and salad sides. 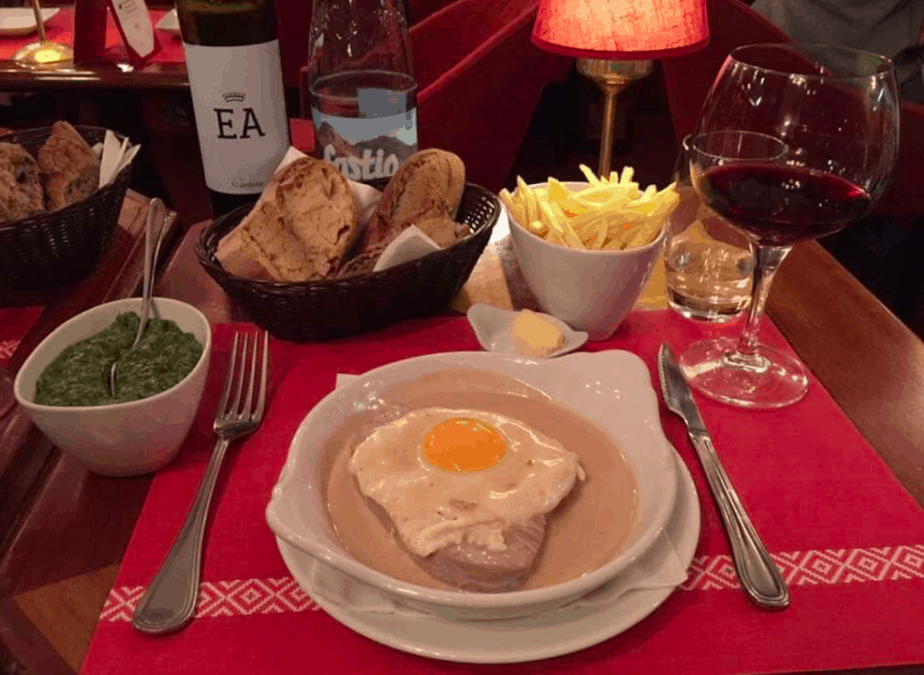 If you’re a meat lover then you’ll be quite satisfied by what Café de São Bento has to offer. Vegans and vegetarians definitely cannot eat here, early or late in the evening.

The charming ambiance of the space does, however, make for a great spot for a nightcap of whiskey, coffee or dessert for anyone in the area who isn’t ready to call it a night.

OPENING HOURS: Monday to Sunday – 7pm to 2am

I’ve been on many free guided walking tours through Lisbon’s city center. I like to think that I know the streets backwards; yet I still find choosing a restaurant in Bairro Alto one of the most challenging experiences by night.

There are so many variants of cuisines and dining options in this cluster of historic streets, one typically roams between them for a good thirty minutes before just settling on the closest one. You’ll see when you get there.

One evening walking home after a somewhat average meal in the area, the smooth jazz escaping the walls of Bistro 100 Maneiras forced a closer look at the space, which proved to be the most aesthetically beautiful restaurant I’d found in the area. To my surprise they were also open until 2am, seven days a week. 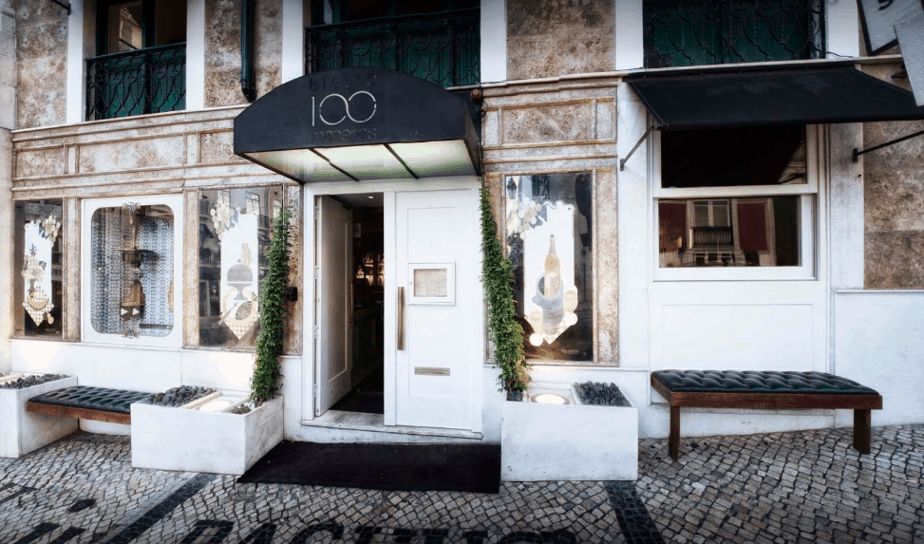 Bistro 100 Maneiras is a fabulous late night dining experience. Time ceases to matter once you are inside as there are multiple different rooms and chambers in which to pass the time.

You can eat in the main dining room, have a cigarette in the smoking lounge, eat a dessert in the glass room overlooking the Chiado streets, and then enjoy a nightcap at the exquisite bar area — all before the clock strikes 2.

OPENING HOURS: Monday to Sunday – 12pm to 2am

The Alfama is an area that opens early and shuts down early, Mallagueta Bar and Food is the only exception.

Another spot that will lure you in with the promise of late night jazz and blues, Mallagueta will serve their menu until 2am everyday except for Tuesdays. 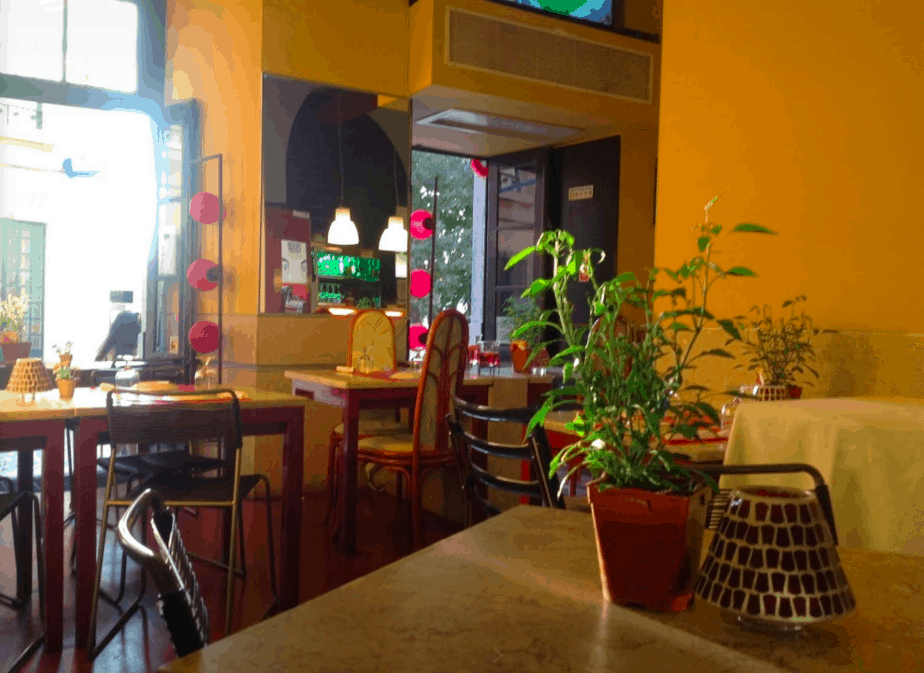 Bistor style dishes with a full bar menu to match. A great spot in the very center of Lisbon for the jet lag wracked travelers who’ve come to see the city.

OPENING HOURS: Wednesday to Monday – 12pm to 2am