Where to Enjoy Taco Tuesday in Lisbon

Where to Enjoy Taco Tuesday in Lisbon

I like to use Tuesdays in Lisbon as a scheduled break from Portuguese food once a week. Taco Tuesday is a widely celebrated tradition where friends gather for Mexican dining every Tuesday.

Usually Taco Tuesday is commemorated with meal specials and discounts at Mexican restaurants throughout the city. Unfortunately, I’ve yet to find a spot in Lisbon that offers this perk, but I have found some great tacos in the process! 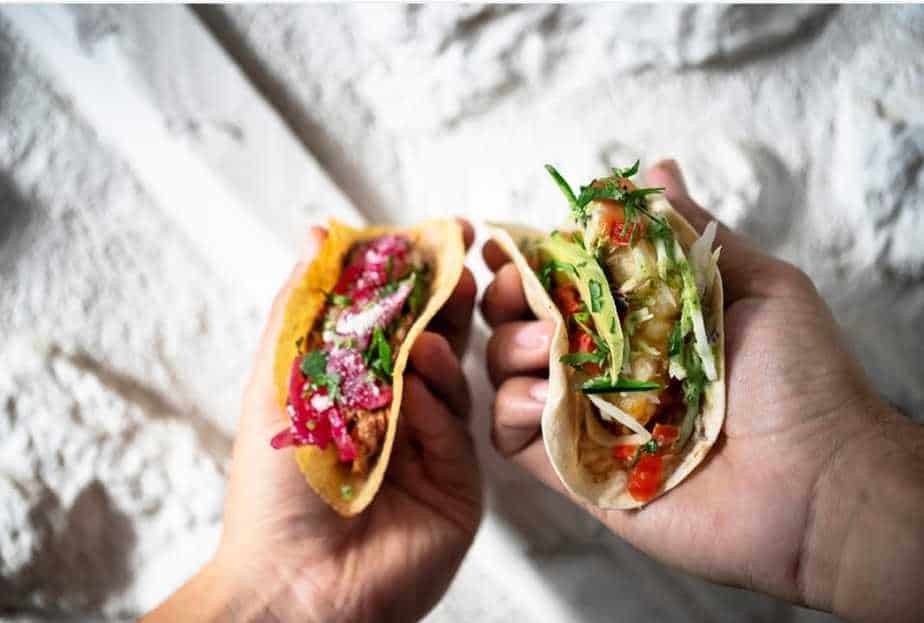 Coyo Taco in Lisbon – by Coyo Taco – Uploaded by them

Here’s where you can go to create your own Taco Tuesday while in the land of cod fish and sardines.

If you love somewhat authentic Mexican food then this is the spot for you.

The majority of Pistola y Corazon’s taco menu is made up of different flavored tacos. They have shrimp tacos, chicken tacos, battered fish tacos, chorizo tacos.. you name it.

They keep the menu fresh and light, which makes eating here preferable in the summer when your stomach just can’t handle a heavy, hot meal in the middle of the day. 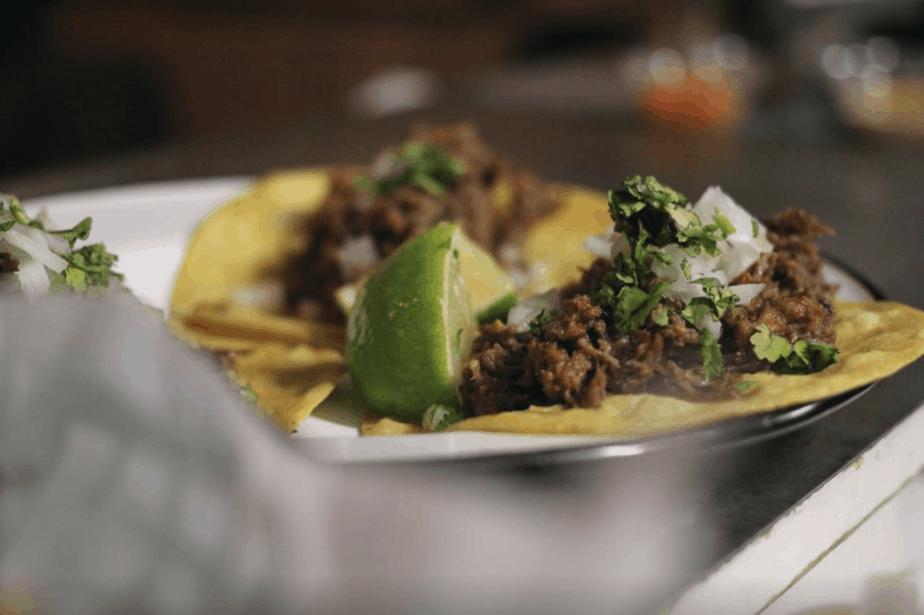 Pistola y Corazon has a decent array of vegan, vegetarian and gluten free friendly tacos. They don’t do any Tuesday specials, but they do a daily special which is just as good! Come during lunch and get any four tacos plus a drink for just €11. You’ll even get a free coffee after your meal.

El Clandestino isn’t “traditional Mexican”, but it is delicious nonetheless.

It’s in the northernmost alleyways in Bairro Alto. The menu is a creative take on the usual dishes that emerge from this cuisine. They serve their tacos in portions of three and there are a few meat options to choose from. 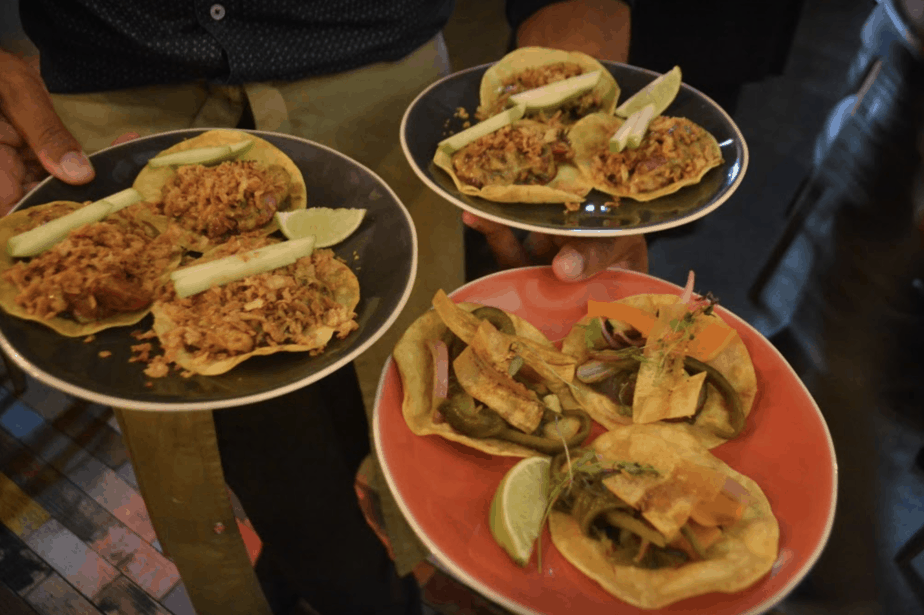 Something to keep in mind is that el Clandestino does their tacos tapas style, so each one is basically bite sized. Like most tapas dining, you’re going to need more than one plate to fill you up. Pick your favorite two and order a third if necessary. Each plate of three costs €10.

Like most spots in Bairro Alto, there is a nightly vibe here with flowing drinks and lively music.

You’ll find the 3 Amigos en route to the LX Factory. I find it to be a balanced menu of both Tex-Mex and authentic Mexican.

If you generally like cheese on your tacos, you’ll enjoy this spot. In fact, cheese lovers will love how this ingredient is used to top just about everything on the menu.

The tacos are definitely a must, but what the 3 Amigos are really known for is their fajitas. This isn’t a dish you can find commonly in Lisbon. 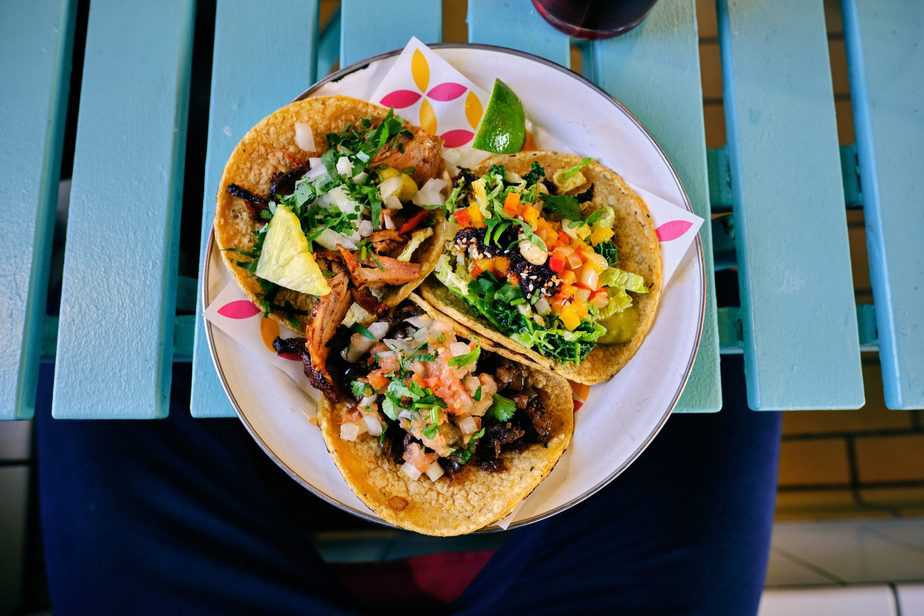 Fajitas are giant hot rock plates that are heated in a fire, and then used to serve your veggies & meats right at your table. You essentially cook the fajita fillings yourself from your seat, and build your own meal using tortillas & various other sides to garnish.

It’s a fun spot for large groups looking to dine together, as well as for families with small children.

If you tend to have a more Mediterranean pallet then you’ll enjoy it as much as I do. 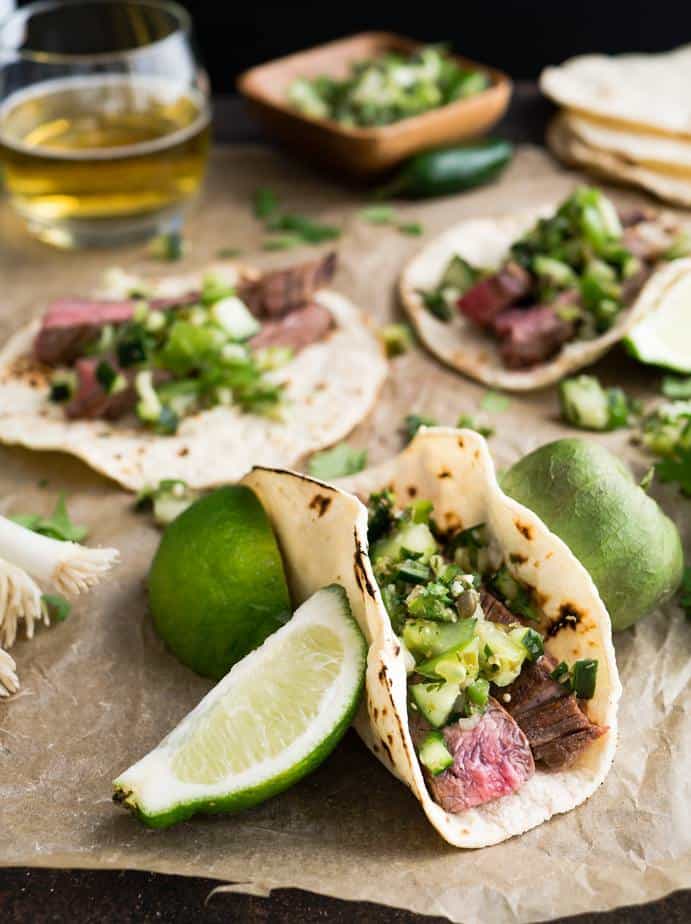 When you go for Taco Tuesday, be sure to start with an order of their guacamole and tortilla chips. From there eat as many tacos as you can managed; they come in portions of two, so dining with a friend works well if you want to try a few flavors.

Barra Cascabel could be considered upmarket dining. The prices are considerably higher than what you’ll find at other Mexican spots in the city — prepare to splurge!

Coyo Taco is the opposite of upmarket dining. It’s a very casual spot at the very top of Bairro Alto, where tacos are made by the minute from a small counter-back kitchen.

As the name suggests, this menu focuses predominantly on tacos, and they are wonderfully authentic to the traditional cuisine. Coyo does a few burrito options, but I would recommend sticking to the tacos. 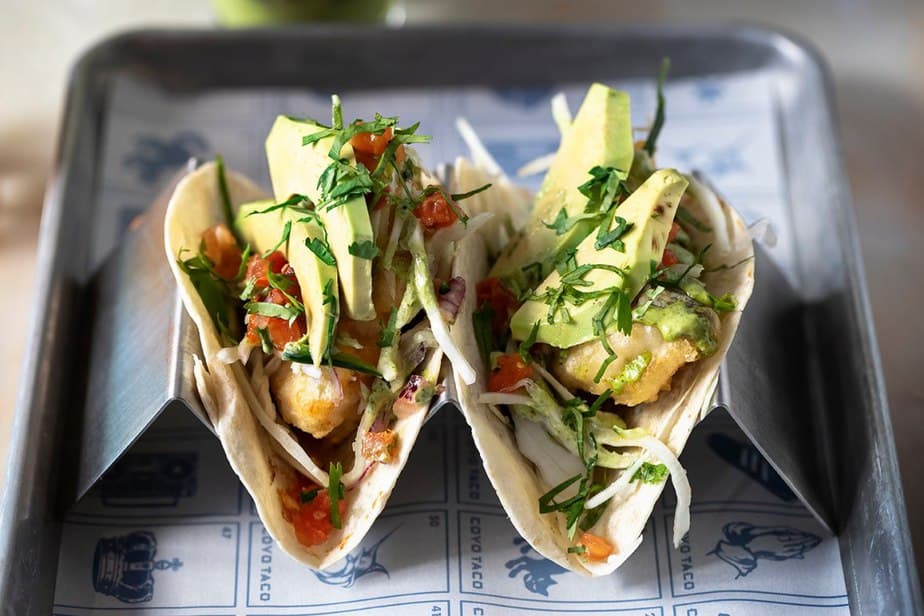 Coyo Taco in Lisbon – by Coyo Taco – Uploaded by them

They have great vegetarian options and delicious guac and chips for starters. For dessert? A plate of piping hot, fresh fried churros!

You’re going to pay between €4 and €7 for each plate, depending on the protein and toppings. Coyo is open until 1am daily, so keep them in mind if you’re looking for a late night feast somewhere in the city.

Opening Hours: Monday to Sunday — 12pm to 1am