Where to Eat Traditional Shakshouka in Lisbon 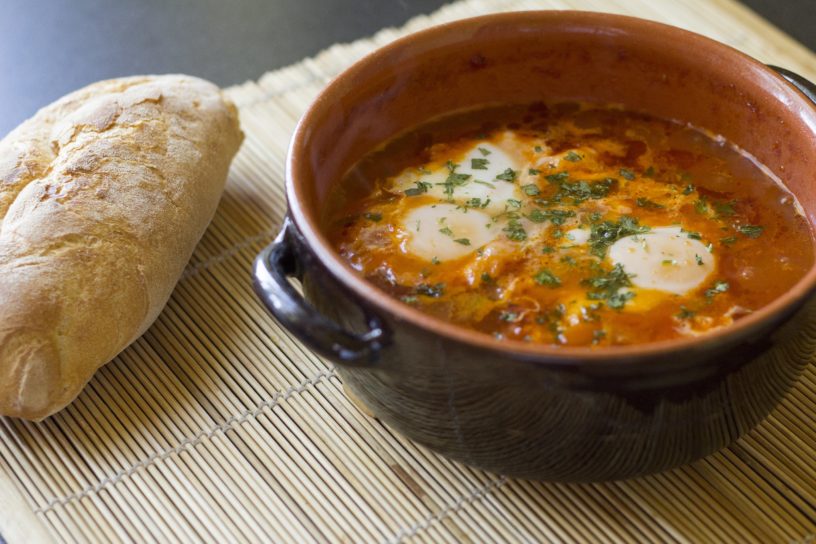 Where to Eat Traditional Shakshouka in Lisbon

If you’re a shakshouka lover, you’re going to be mildly unamused by the breakfast spots in Lisbon.

Shakshouka is a Middel Eastern dish consisting of multiple eggs poached in a tomato based sauce. Bell peppers and fragrant spices are usually added before the meal is served with bread. 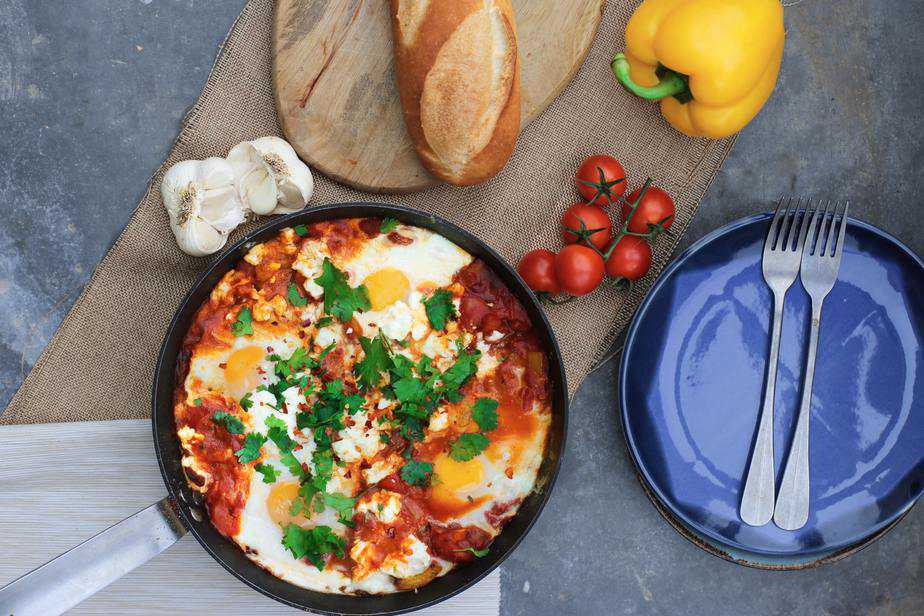 Shakshouka can come in either red or green. This dish is very, very difficult to find in Portugal, even in the capital city. I had given up all hope of ever finding a green shakshouka in Lisbon; then I found one in Chiado, and wished I hadn’t.

Read on for my egg-in-pan journey.

InkFarmFood is a vegetarian, Israeli cafe — making it the best place in the city to eat traditional shakshouka.

This also happens to be the best spot in the city in which to eat quality falafel! 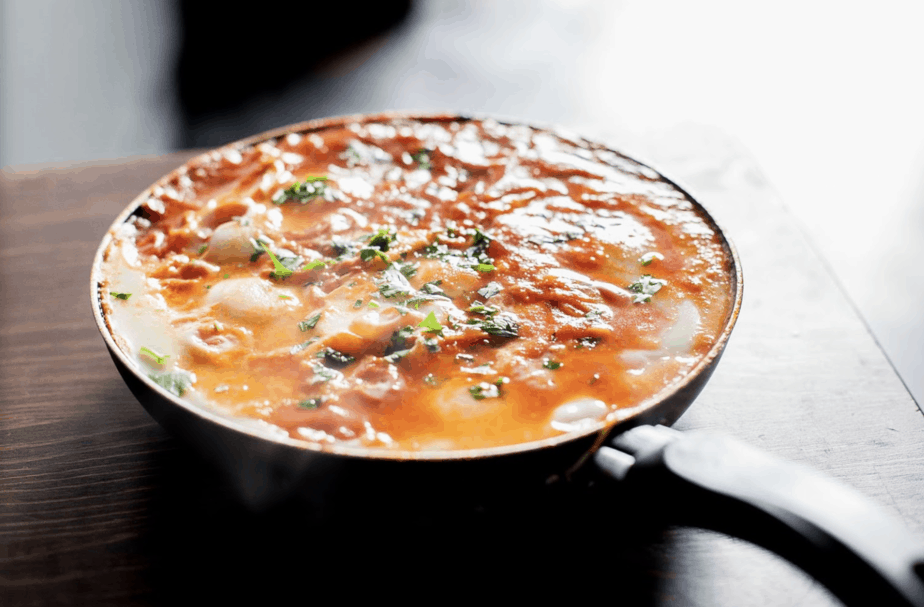 The shakshouka at InkFarmFoods is generous. I normally request an extra egg be added to my dish but this would not even have been possible here. The pan is filled to the brim with poached, baked, eggy goodness.

The cafe is in the city center, so if you are staying in Chiado or Bairro Alto you won’t have to go very far to be able to eat here in the mornings. That being said, their full menu is available throughout the day, so shakshouka for dinner is an option too.

Before I get to the shakshouka, I must tell you all about how Tantura came to grace Lisbon with its presence.

Many years ago, two lovers met in the city of Tel Aviv in Israel. One of them having relocated from his hometown, Tantura.

Discovering their love affair with cooking, the two actually catered their own wedding, and what followed were requests for more catering jobs from all who had experienced their food. 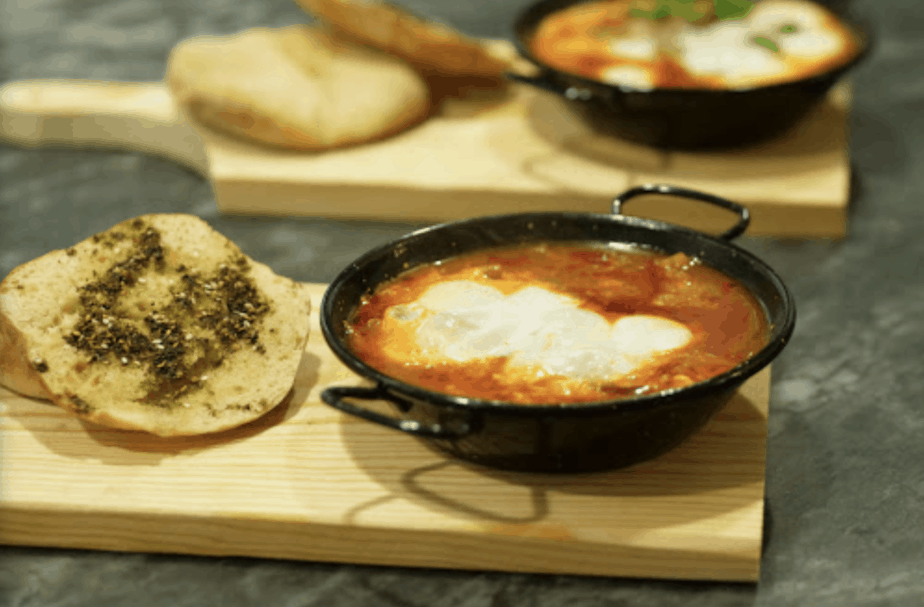 Tantura in Lisbon – by Tantura – Uploaded by them

They honeymooned in Lisbon, and fell in love with the city. In decision to immigrate, the two finally opened up their own Israeli restaurant right here in the city. And it’s been nothing but sold out dinners ever since.

Tantura has shakshouka on their fantastic menu! Come hungry and with friends, and share a few different plates while you’re here.

A brunch cafe is usually a safe bet when looking for something like an acai bowl, Eggs Benedict or a shakshouka. Zenith is situated in the far north of the city, and has all of the above on their menu.

This is a very trendy cafe; one where people come to Instagram their food before they’ll even consider tasting it. Once you get over this element, it’s really not a bad vibe at all. 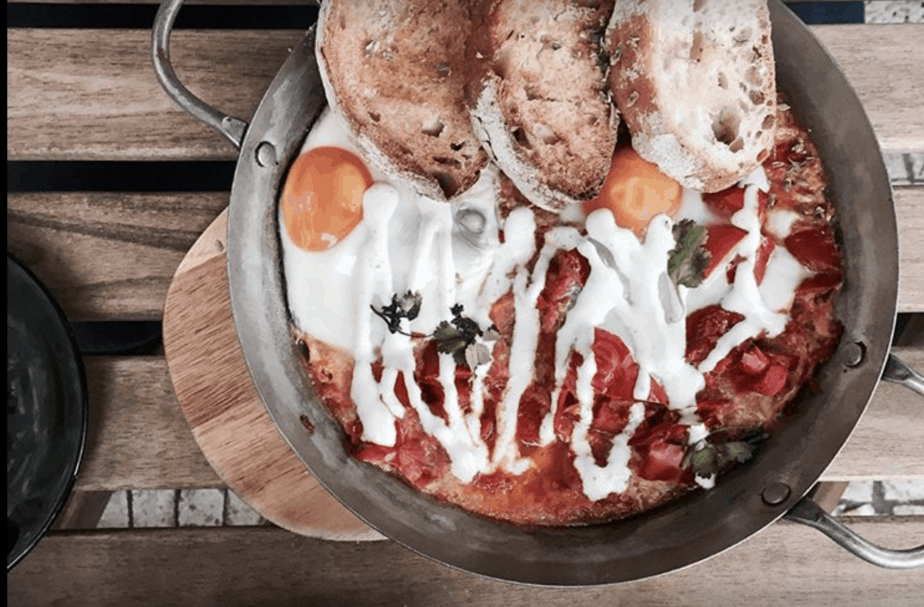 Zenith in Lisbon – by Zenith – Uploaded by them

The shakshouka is generously portioned and served with an equally as generous helping of fresh baked ciabatta bread. One can definitely add an extra egg to the dish if your appetite allows for it.

It goes without saying that brunch is taken very seriously here at Zenith; if you don’t arrive early you will have to wait up to an hour for a table (on weekends). Early bird gets the shakshouka!

If you’ve visited Lisbon before as a freelancer (or even just a working professional), you’ll know that the city is notorious for slow, often ineffective WiFi.

Bowls&Bar was recommended to me as a great spot where you can sit with a laptop for a few hours and get some work done using their ultra fast WiFi. To my delight, the WiFi rumor proved to be true, and I also found a shakshouka on their menu. 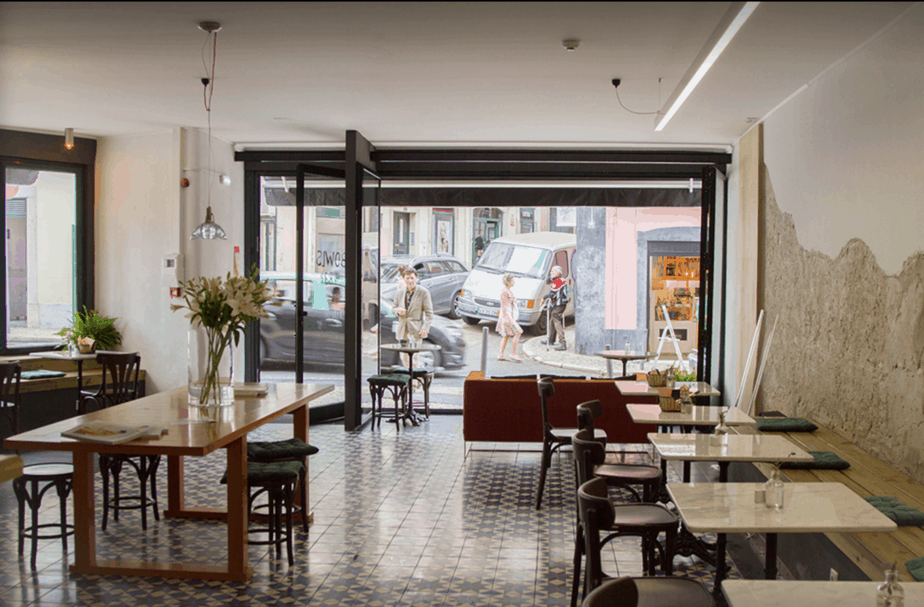 They make their rendition using three eggs, instead of two. You’ll get fresh bread and some chili oil to throw on top if you like it hot!

Everything at Bowls&Bar can be ordered during all opening hours, even their breakfast foods. This makes it a bit of an all day breakfast spot here in Lisbon.

As mentioned, it was quite an endeavor hunting down a green shakshouka in the Portuguese capital. The triumph came one day when I walked into Cotidiano Lisboa, the breakfast/brunch cafe right underneath the apartment building in which I was living.

At first glance, Cotidiano Lisboa will give you high hopes. The menu appears to be wonderfully inclusive, with vegan pancakes, hummus plates and other baked delights. The space is also something to admire; a rustic, garden-like interior with natural light streaming through the windows. 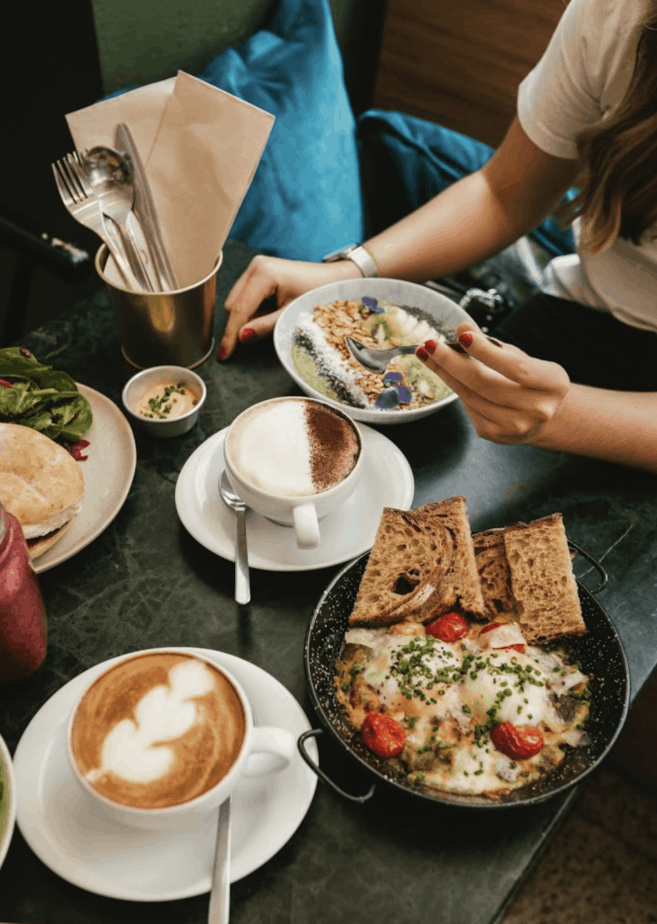 Without hesitation, I went for the green shakshouka. What I received was exactly that, only it was mostly uncooked.

If you’ve ever seen a pan filled with translucent, uncooked egg whites then you’ll know I know what I’m talking about.

After a brief altercation with a less than enthused server my pan of shakshouka was eventually returned to the oven for another 15 minutes. It was returned to me with vibrant white eggs and tasty green sauce — success!

Moral of the story? There is green shakshouka in Lisbon, but chefs in this part of the world are unfamiliar with the dish so just keep an eye on the consistency.

Opening Hours: Monday to Sunday — 9am to 6pm

When you’ve settled on where you’ll be eating shakshouka in Lisbon, spend some time selecting where you’d like to take a free guided walking tour through the city. The Alfama comes highly recommended by yours truly, but I’ll leave it to you.