Where to Eat at 4am in Lisbon 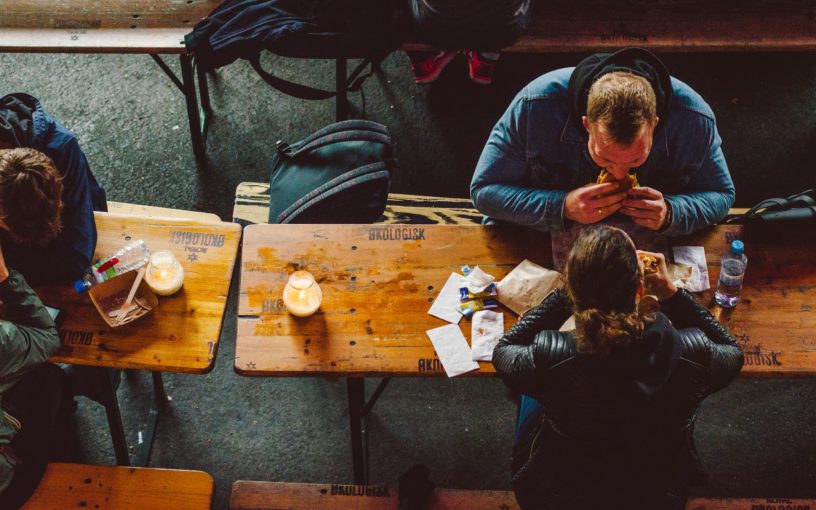 Where to Eat at 4am in Lisbon

Admittedly, it’s never been easy to find decent food late at night in Lisbon. Most restaurants in the city shut down around 11pm, midnight at a push, and there are a few kebab take-away shops that will stay open for business until around 2am.

Later than this, however, and you’ll need to venture far and wide to find a meal. I’ve done the tracking down for you, all you need to do is save this list for when it might come in handy during your trip!

Tapisco Lisboa is a culinary anomaly. It is situated right at the top of Bairro Alto, before you make your way down into the bars and entertainment venues.

Since this spot is open 24 hours, just about everyone who stumbles out of this district’s nightlife in the early hours of the morning will find their way into Tapisco Lisboa. It’s a lively and festive place to eat, even at 4am.

As a bonus, the food is above average! They have menus to cater to all meal times of the day, with certain dishes served regardless of the time. Food is served tapas style and is best shared between at least two people.

The thing about Piadina’s is that you can eat here virtually anytime, if you can find it.

Piadina’s is a food truck. They do traditional Portuguese street food to perfection with a rotating menu that changes regularly.

The truck will venture all over Lisbon, stopping in different locations depending on the day and weather. You can oftentimes find them on the shoreline, but they do venture up into the northern suburbs too. 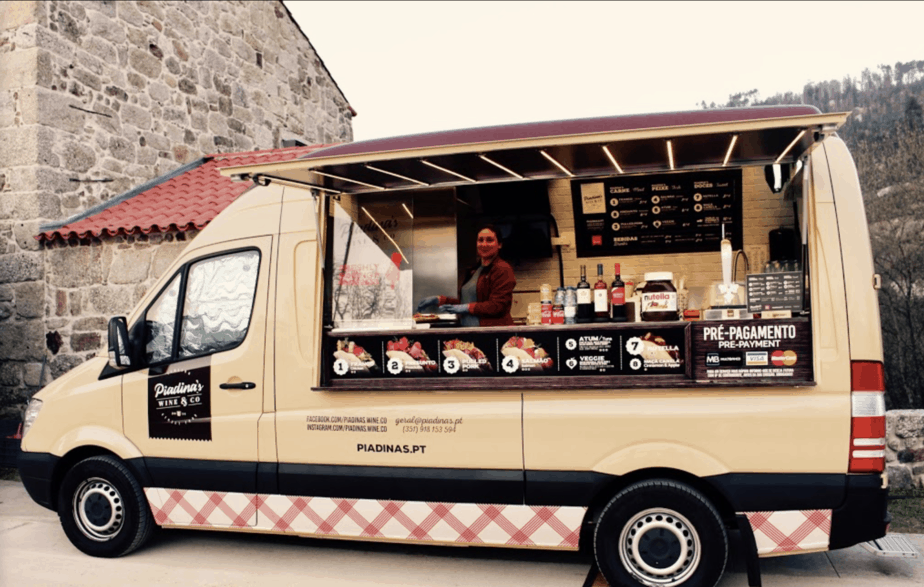 Finding Piadina’s at 4am is a challenge, and you’ll probably need to use social media to do so. It’s more than likely they will be stationed outside a popular nightlife hub, awaiting the drunken masses to come in search of food.

Snack Bar A Tigelinha in Lisbon

The Snack Bar A Tigelinha is actually more than just a “snack bar”. One can eat full traditional Portuguese meals here at any time of day.

Most of the menu is centered around seafood, but they have steaks on offer as well for anyone who perhaps doesn’t feel like deboning a fish at four in the morning. 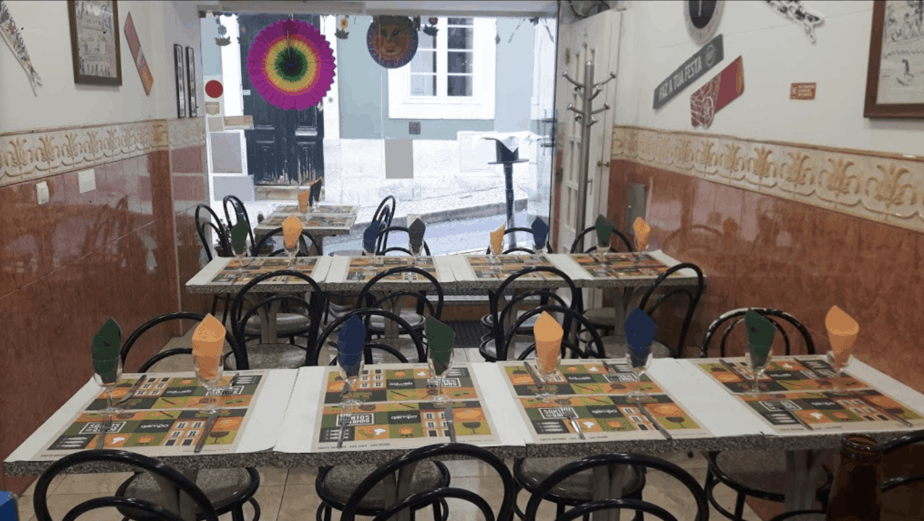 This spot is situated just north of Chiado; it’s easy to walk to from the bars of Baixa and Biarro Alto. The snack bar also offers a few sweet treats in their confectionary cabinet, so even if you’re not looking to eat a full meal you can still pick at something tasty.

To get to this next hidden gem you’ll have to move down the coast toward the LX Factory in Lisbon.

You’ll find A Merendeira just before the factory, right outside the Santos train stop. At four in the morning you’ll have to use a taxi to get here, as public transport won’t be available. 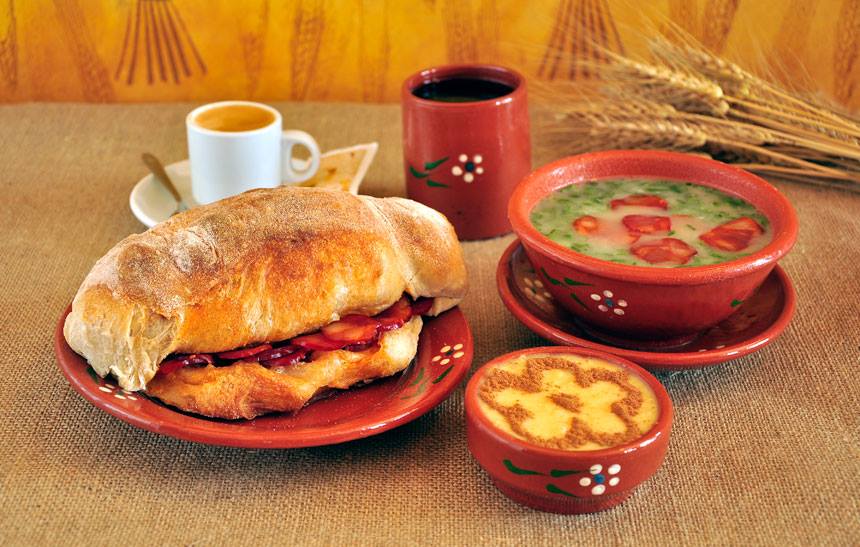 This is a really wonderful cafe that is open daily until 7am. You can eat here well before, and well after, four in the morning, with their full menu available at all times.

Despite being unfathomably convenient, this cafe is cheap too! One can eat a multiple course meal for under €10. Late night dining aside, anyone on a budget while in Lisbon should pay multiple visits to this spot during their trip.

Opening Hours: Monday to Sunday — 11am to 7am

Damas is a simple Mediterranean seafood restaurant situated just north of the Alfama. It’s quality dining in a trendy space, and you can eat here at 4am…

…but only on Fridays and Saturdays! Unfortunately, the rest of the week Damas closes at 2am; which is still considerably late and worthy of a late night dining option!

If you try to dine at Damas during regular meal times, like dinner, you can expect to wait 45 minutes for a table.

Another spot where Fridays and Saturdays cater to the night owls is the Medieval tavern on the coast known as Trobadores.

This unique dining spot sits right on the western edge of the Alfama, close to the water.

For a change, you can eat actual late night junk food like grilled sandwiches, steak rolls, cheese and meat plates, adaptions of bruschetta, & all the beer you could want. 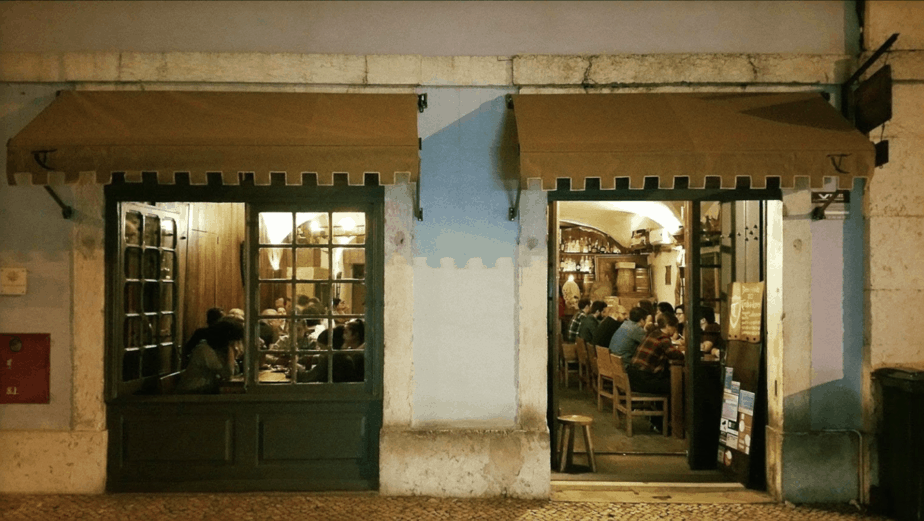 It’s a tavern themed space, made to look and feel like a working-class dining hall during Medieval times.

As I said, you can only dine here at 4am on Fridays and Saturdays. The rest of the week the tavern will close up at 2am.

An absolute cliche and one that many of us would probably rather avoid, but the McDonald’s fast food joints in Lisbon are all open late enough for 4am dining.

The ones in the suburban parts of Lisbon are usually 24 hour, while the ones in the center do close up for a few hours each morning. 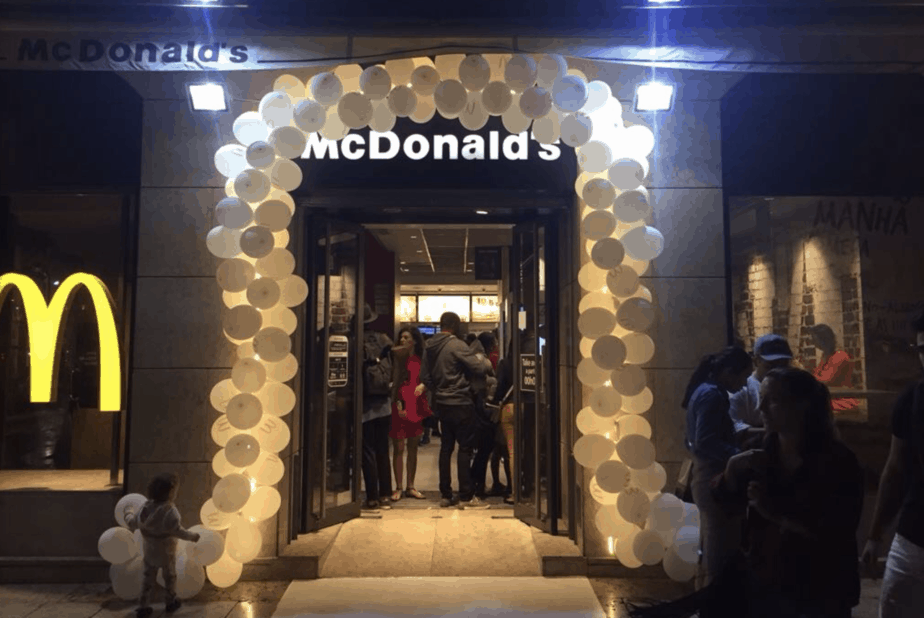 Either way, if you feel compelled to poison your body at four in the morning you know where to go.

Opening Hours: Monday to Sunday — 6am to 4am

Something you can’t do at 4am in Lisbon is take a free guided walking tour, but you can during daylight hours and they are endlessly fascinating! Book your spot for one through the city center.