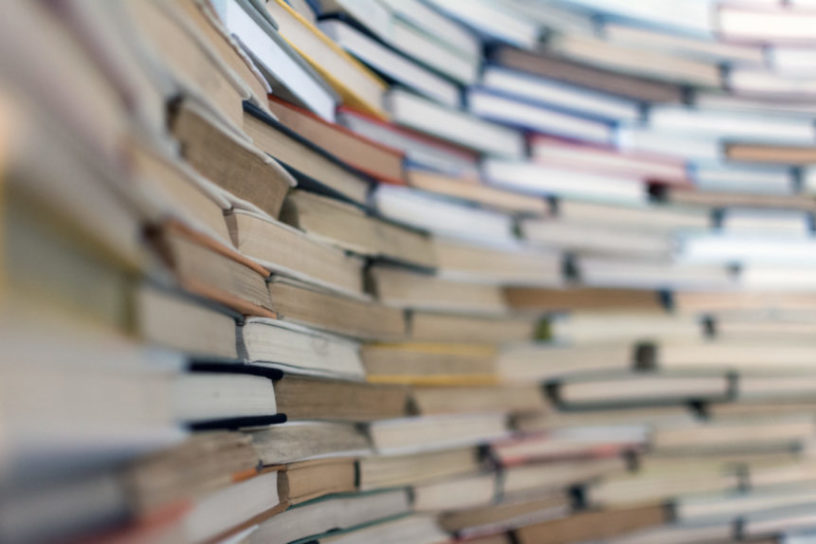 As a self-described bookworm, there’s nothing I love more than discovering authors that I have never read before. I even went so far as to study English literature at school, that’s how serious I am about my reading obsession!

As an American living in Paris, I have made my way through plenty of anglophone authors as well as French speakers. But, recently, I have decided to expand my search to other parts of the world, specifically other European countries! While I am no where near being able to read Portuguese, I do know of some great authors that I’ve managed to read in English. Maybe one day I’ll learn a third language, but for now I’m content with making my way through the translations!

If like me you enjoy discovering new authors, keep reading for my favorite top 5 famous Portuguese writers! 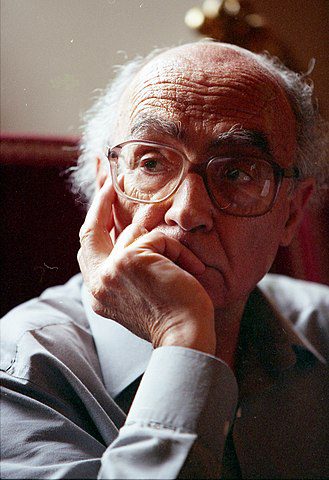 José Saramago in 1999 in Italy by Sampinz – WikiCommons

First up on my list is Portuguese author José Saramago. If you’re interested in literature you may have heard of him, as many of his works have been translated into English. He won the Nobel Prize for Literature in 1998, making him the first Portuguese author to ever receive the award. Many consider him to be one of the most influential Portuguese writers of his generation.

Saramago was born in a small northeast village of Portugal called Azinhaga in 1922. When he was 2 years old his family moved to Lisbon, where he spent most of his life. He worked odd jobs before getting into journalism in the late 1940s.

After publishing his first novel, Land of Sin, in 1947, the rest of his early work is mostly poetry. Then, when he had reached his 60s, he published his fourth novel called Memorial do Convento. The novel won the prestigious Portuguese PEN Club Award.

Soon after, Saramago published the renowned novels The Year of the Death of Ricardo Reis and The History of the Siege of Lisbon. He was known for his distinctly witty and elegant style, and he then went on to publish one of his most well-known (and controversial) works, a novel called The Gospel According to Jesus Christ. As mentioned, he won the Nobel Prize for Literature in 1998, when he was 76 years old. Saramago died of leukemia in 2010.

Books to read: The Year of the Death of Ricardo Reis and The Gospel According to Jesus Christ 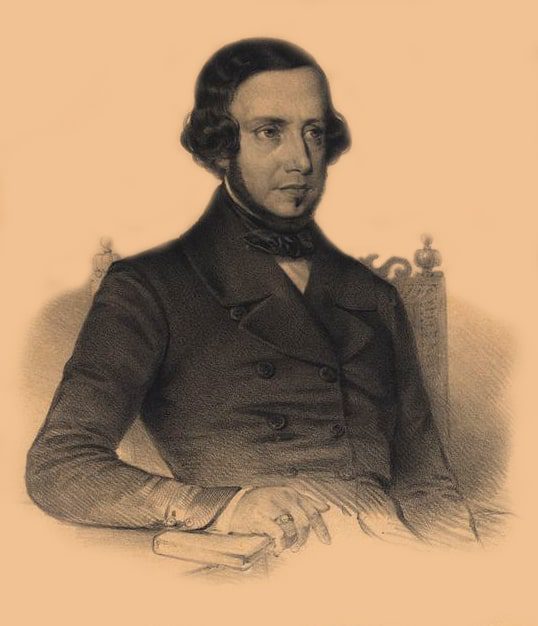 João Baptista de Almeida Garrett, otherwise known as Almeida Garrett, is next up on my list of famous Portuguese writers. Garrett was a leader in the 19th-century literary movement of Romanticism in Portugal.

Garrett was born in Porto in 1799. He and his family moved around quite a bit when he was a child due to the tumultuous climate of Portugal and Europe in general in the early 19th century. In 1820, the Liberal Revolution broke out in Porto, where he was living. He didn’t personally take place in the revolution, but he did write two patriotic hymns that were distributed in the streets of Porto by his friends. Due to fear of being punished, Garrett sought out refuge in England, where he lived for several years.

Garrett was a figurehead in the Romanticism movement in Portugal, and in particular, he created a new form of the genre called nationalistic Romanticism. Much of his work is centered on the themes of exile and loneliness, which isn’t surprising given the fact that he spent much of his life in exile outside of Portugal.

After spending some time in England, Garrett moved to France where he wrote and published Camões and Dona Branca. Both poems are considered to be the first Romantic works published in Portuguese literature. His most famous novel is a historical work called O Arco de Santana, which was inspired by Victor Hugo’s The Hunchback of Notre Dame! 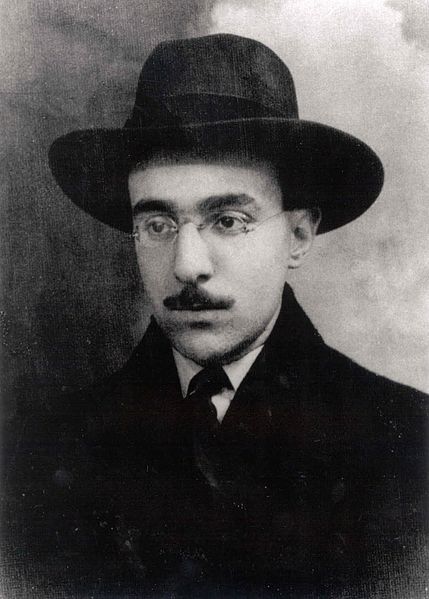 Fernando Pessoa is perhaps the most interesting Portuguese writers on my list. He published his work under over 70 different pen names which he called “heteronyms.” Not only did he come up with over 70 different names, but each persona also had a complex background story and a different style of writing. This Modernist poet is considered to have put Portuguese literature on the map in the 20th century.

Pessoa was born in 1888 in Lisbon. When he was 7 years old his family relocated to Durban, South Africa, as his step-father was stationed there in the Portuguese consulate. His time in South Africa had a serious impact on his writing, as most of his early works are written in English. Pessoa got his start in poetry and literary critiques. In his lifetime he published just one book of Portuguese poetry called Mensagem (Messages in English).

Pessoa’s favorite alter egos were Alberto Caeiro, Ricardo Reis, and Álvaro de Campos. Caeiro was a poet who lived in the countryside and who was never professionally trained but who also mastered free verse. Reis was inspired by the poet Horace and wrote ode poetry, and was also a doctor. And, de Campos was bisexual and lived in London while working as a naval engineer. He admired Walt Whitman!

One of Pessoa’s most acclaimed works is a novel written in Portuguese that was published posthumously called The Book of Disquiet.

Books to read: The Book of Disquiet and Mensagem 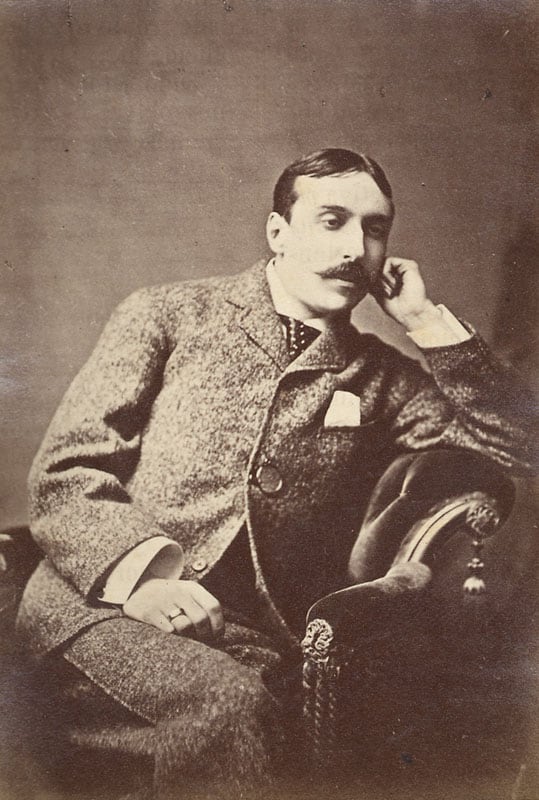 Also known more simply as Eça de Queirós, this Portuguese writer is often compared to Charles Dickens and Leo Tolstoy. The French writer Émile Zola once claimed that he was a better writer than the legendary Gustave Flaubert! De Queirós spent some time in Paris, which is likely why Zola was familiar with his work. He specialized in the Realism style.

De Queirós was born in 185 in Póvoa de Varzim. He began studying law at the young age of 16, and while at school he began to surround himself with poets who influenced him to start writing as well. He went on to work in journalism and eventually ended up working in the Portuguese consular service. His role enabled him to travel frequently where he was inspired to write several novels!

Books to read: O Mistério da Estrada de Sintra (The Mystery of the Sintra Road) and Os Maias (The Maias) 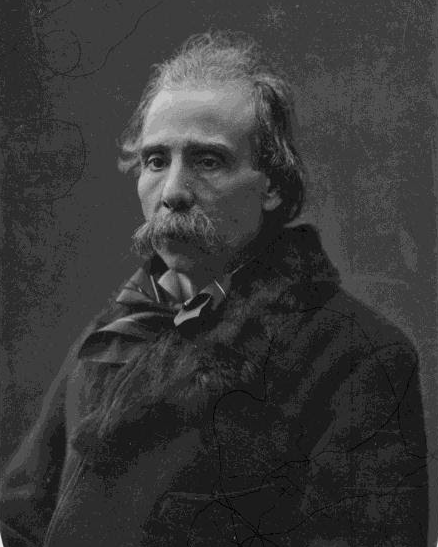 Last on my list of famous Portuguese writers is Camilo Castelo Branco. He produced over 260 books in his lifetime during the 19th century. He was particularly known for his dark humor, wit, and sarcasm, as well as his tumultuous personal life.

Castelo Branco was born in 1825 in Lisbon. And, when I say that he had a tumultuous personal life, I’m not exaggerating. Not only is he well known for his plays, essays, and novels, he also ran into several troubles with the law. The first time he was arrested it was for unearthing the remains of his first wife. The second time was for his involvement in an affair with a married woman. Then, when he was 65, he took his own life, likely due to the fact that he was afflicted with syphilis.

All that put aside, Castelo Branco played an important role in the Romanticism movement in Portugal. He was also one of the first Portuguese writers who was able to support himself through his writing alone.

Books to read: there are too many to count, but here are a few: Os Mistérios de Lisboa, Novelas do Minho, and Amor de Perdição

If you want to read some Portuguese literature, this list is a great place to start! Most of the works mentioned above can be found in English, and if not, what’s a better excuse to learn another language?