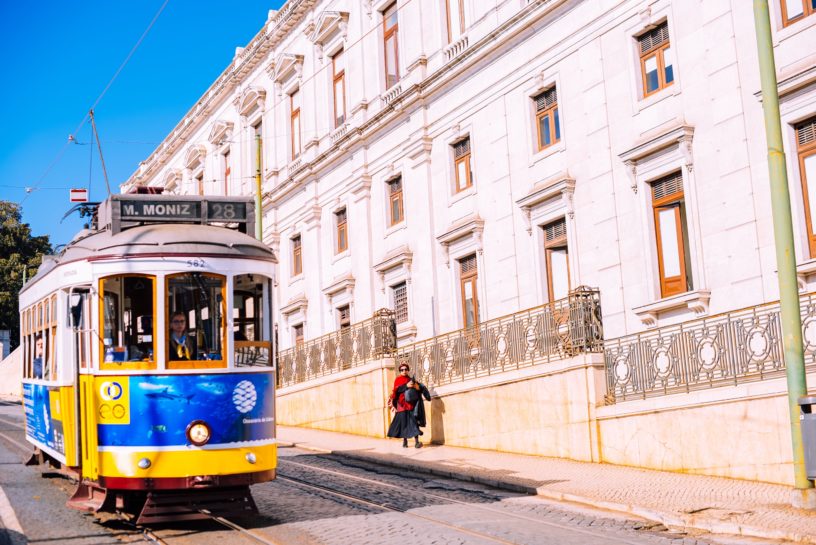 Looking for the ‘off the beaten track’ kind of neighborhoods during your visit to Lisbon? Perhaps you’ve been before and don’t have the energy for districts like Chiado or Bairro Alto. Or perhaps you’re just partial to the less touristy attractions when you travel.

Whatever your reason, non touristy Lisbon exists, and it took me a good few visits to the city to fully uncover. Read on and I’ll tell you exactly where to go!

Now don’t get me wrong, Belem is by no means a “non touristy” part of Lisbon. On the contrary, thousands of tourists flock here every single day to explore the wonders that lie on the Belem coastline where the city meets the Tagus.

Here you’ll find the famous Belem Tower, some of the country’s most important museums, the Lisbon Planetarium and the beautiful old monastery that was recently opened for public visits! The old pastel de nata bakery is also here, and is responsible for probably half of the tourism in the area. 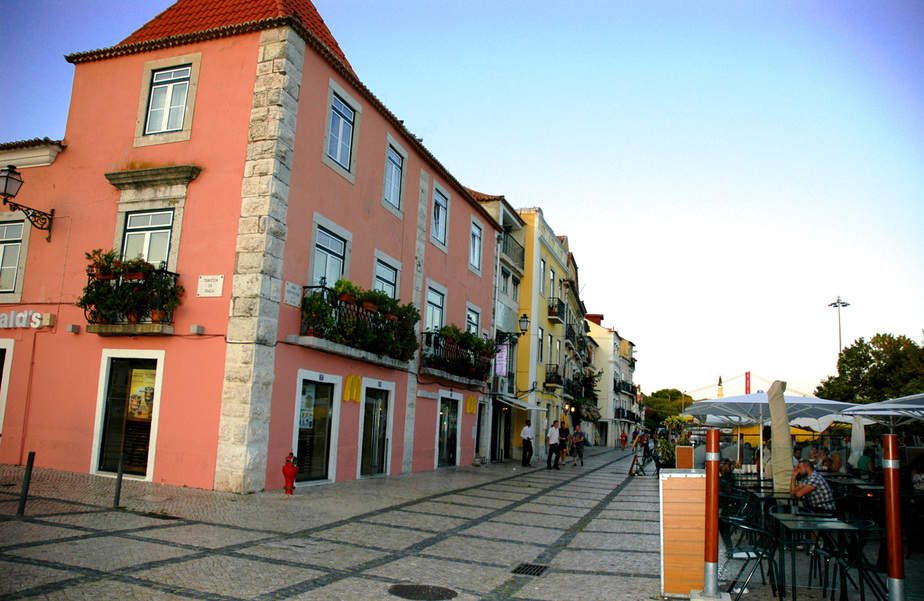 However, when you move into residential Belem, north of the coast line, things become considerably less touristy very fast. This is actually quite an untouched part of Lisbon, and few people take the time to venture into greater Belem at all.

Non touristy and absolutely pleasant for a stay in the Portuguese capital. 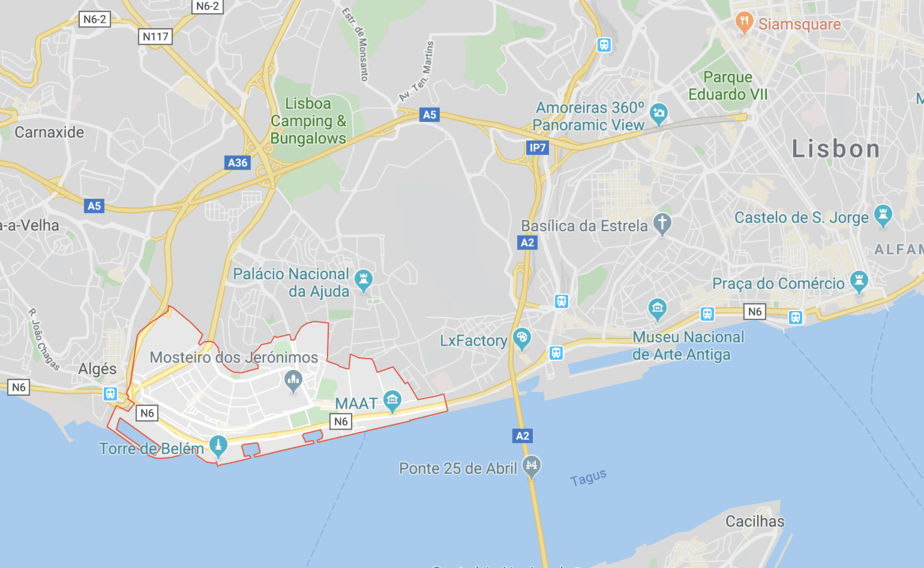 Santo Amaro is a district that lies directly between Belem and the city center. Without traffic, this area is maybe a ten minute journey west by car from the heart of Lisbon. Public transport is available, and even the tuk tuks will drive here if you ask nicely!

Santo Amaro is completely void of tourists, aside from one important spot on the coast that you’ll be thrilled to live nearby. The LX Factory is situated in the southernmost point of this district and is, yes, one of the most major tourist attractions in Lisbon at the moment. 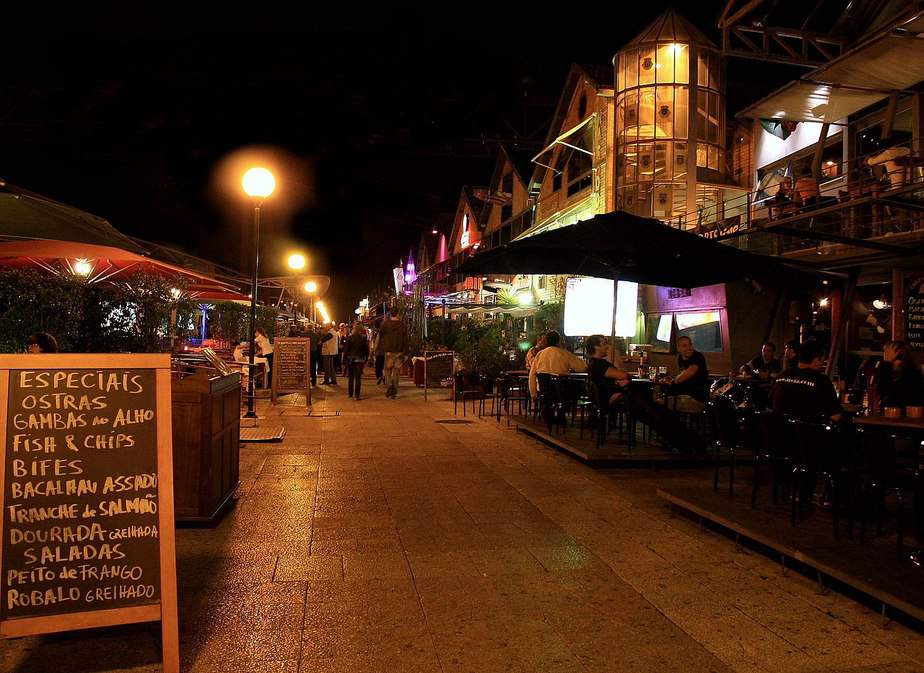 It’s an unmissable attraction at that; I don’t know of a single person who failed to find something enjoyable to their taste at the factory. Like in Belem, tourists come for this and leave without paying much attention to the rest of the district.

Santo Amaro is a wonderful, tourist-free place to stay with a strong sense of local Portuguese community, a lot of churches and easy access to a train station for day trips.

The Parque das Nações is up the north coast of Lisbon, considerably far away from the tourist traps of the city center.

This district is the product of a community restoration project that took place a few years ago. When you arrive in the Parque das Nações, the first thing one usually notices is the very modern architecture that is present here compared to the rest of Lisbon.

Everything in this neighborhood was renovated to make it more appealing and functional. Schools were build, libraries installed and public housing made readily available to anyone in need. 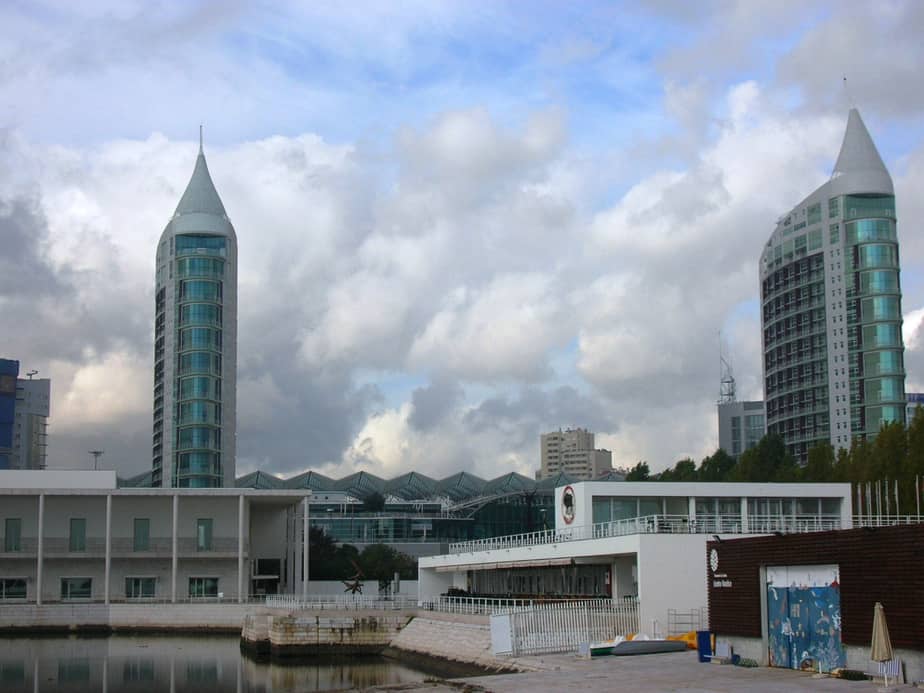 The Parque das Nações was also chosen as the site for the Lisbon Aquarium and Science Museum. These sit on the coast, and this is about as touristy as this neighborhood ever gets.

The residential part, where you’ll stay, are very community oriented and not touristic at all. There are a few Airbnb’s available here through families who have opened their homes to tourists willing to stay so far away from the center. 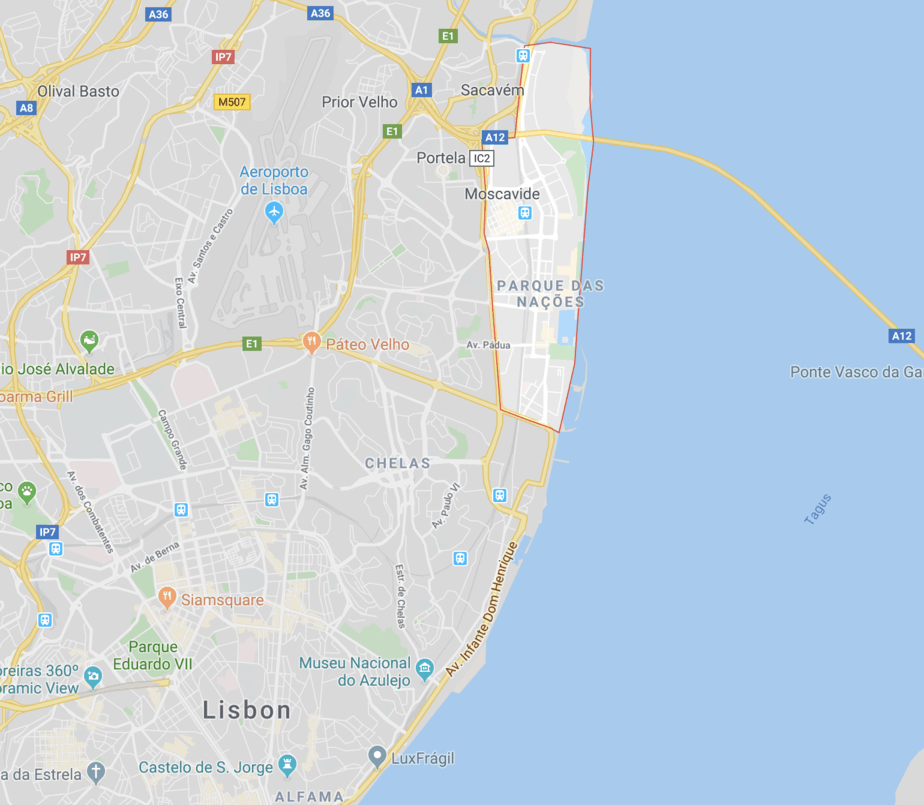 If you look out over the Tagus water from anywhere in the city center, you’ll see the island across the bay — that’s Almada.

This is the opposite side of Lisbon, connected by the big, red Ponte de 25 Abril bride that strides almost four kilometers over the water. This is still Lisbon, but it’s undeniably less tourist and far more local! 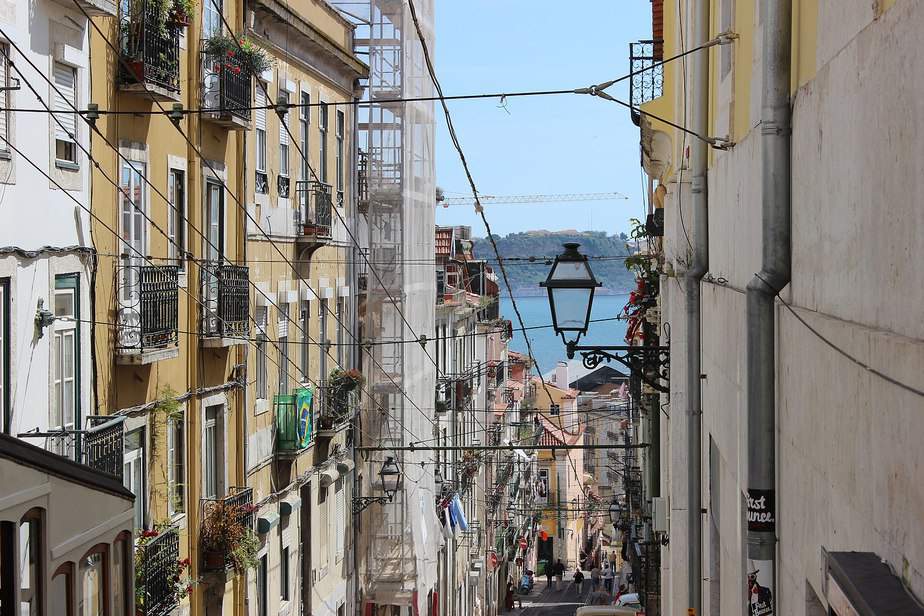 The Almada coast actually has a few beaches that the locals frequent during the summer. Tourists flock to Cascais, and the people of Lisbon flock here. The coast of Almada is so non touristy, in fact, that it’s mostly made up of wedding venues for Portuguese celebrations.

In land from Almada is great accommodation at a fraction of the price of what you’d be paying in Lisbon’s city center. If you’re going to stay out here, it’s not a bad idea to rent a car! 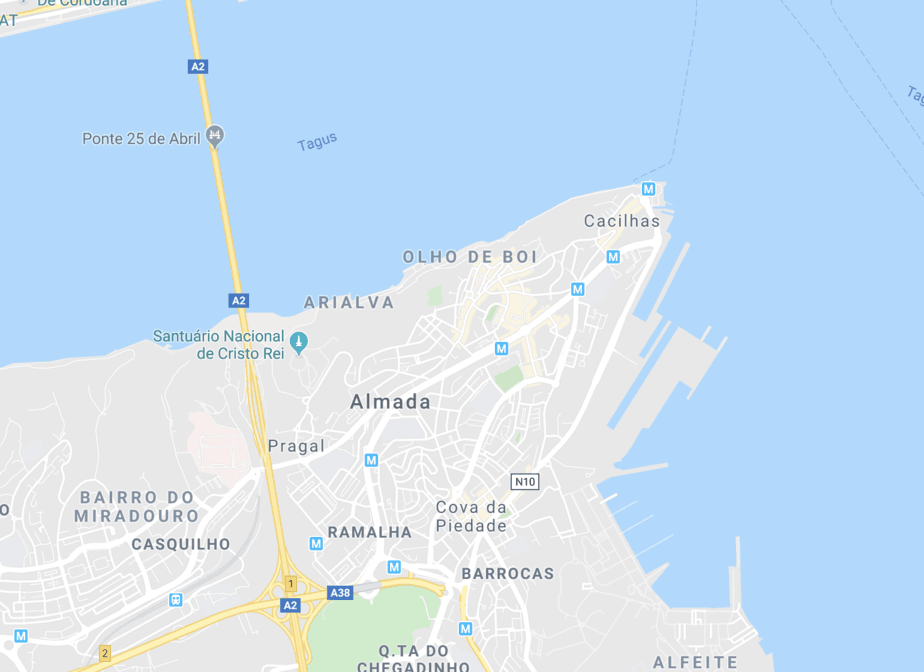 Not everyone who comes to do business in Lisbon enjoys being in the heart of the chaos at all times. Also, if you’ve been to Lisbon before you’ll know that the city center and tourist-filled areas tend to have the absolute worst cellular service on the continent.

Slow WiFi is an ongoing joke amongst travelers staying in Chiado or Bairro Alto, and anyone coming to Lisbon with intent to work generally has a hard time.

Azul is up in the northwest of the center, a considerable distance away from the tourist saturated parts. This is the business hub of the city, a place where internet speeds count as an attraction to foreigners, and not just rustic tiles or pastel de nata. 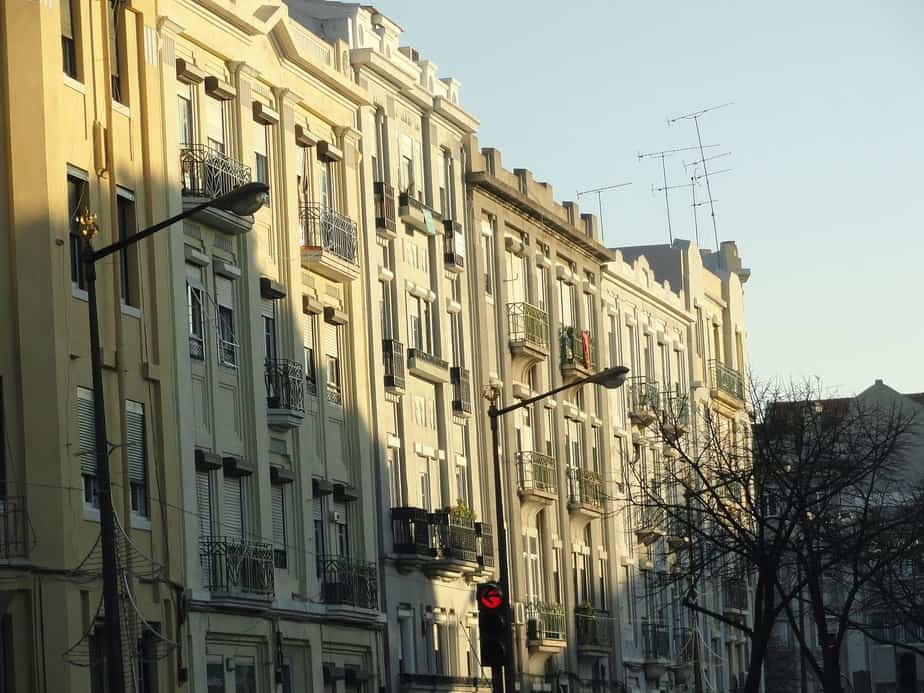 It’s rare for tourists to opt to stay in Azul unless they are specifically wanting to avoid very touristy neighborhoods. In Azul you are one with the local, Portuguese families and their day to day. Welcome!

If you’re avoiding the tourists when it comes to places to stay, perhaps you’ll consider mingling with some just for a free guided walking tour through the city center. You are in Lisbon, after all, and there are few better ways to see the culture and history first hand. Just a thought!