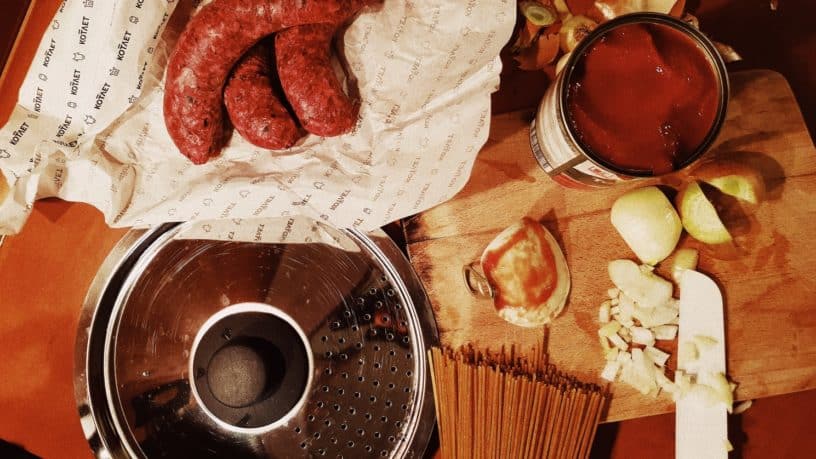 Germany may not be that far from Portugal, but the cuisine has taken its sweet, sweet time in making an appearance in the capital.

I’ve queried this a lot with Lisbon locals and the general consensus is that since the Portuguese are so specific about what kinds of meat and sausage they eat, and how they should be prepared, there has proven little market for the German renditions to filter in. 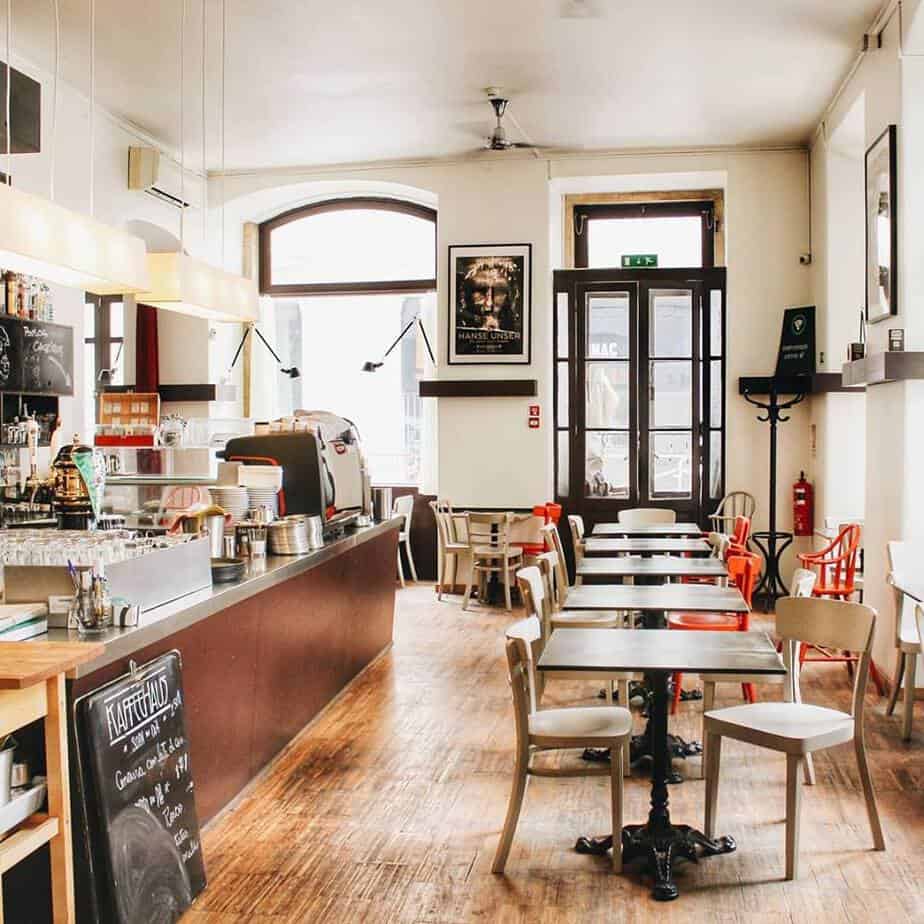 Kaffeehaus in Lisbon – by Kaffeehaus – Sourced from their Facebook

I believe this to be true as even in the few places where German dishes are available, the restaurants incorporate local cuisine as well, almost as a safety net.

Nevertheless there are three main spots in Lisbon where you can enjoy a bratwurst and some sauerkraut if you really need to. Read on!

Kaffeehaus is in the centre of Chiado, Lisbon’s major sightseeing neighborhood and hub for free guided walking tours.

I touched on the fact that no restaurant in Lisbon seems confident enough to serve a solely German menu, and will incorporate alternative foods into the space as well. Kaffeehaus is a prime example of this, and is hard to put a finger on.

The restaurant opens early in the morning and remains open through until midnight. They do this seven days a week.

From this we know that one can eat breakfast, brunch, lunch, dinner and late night food all within one single eatery that markets itself as a German restaurant. 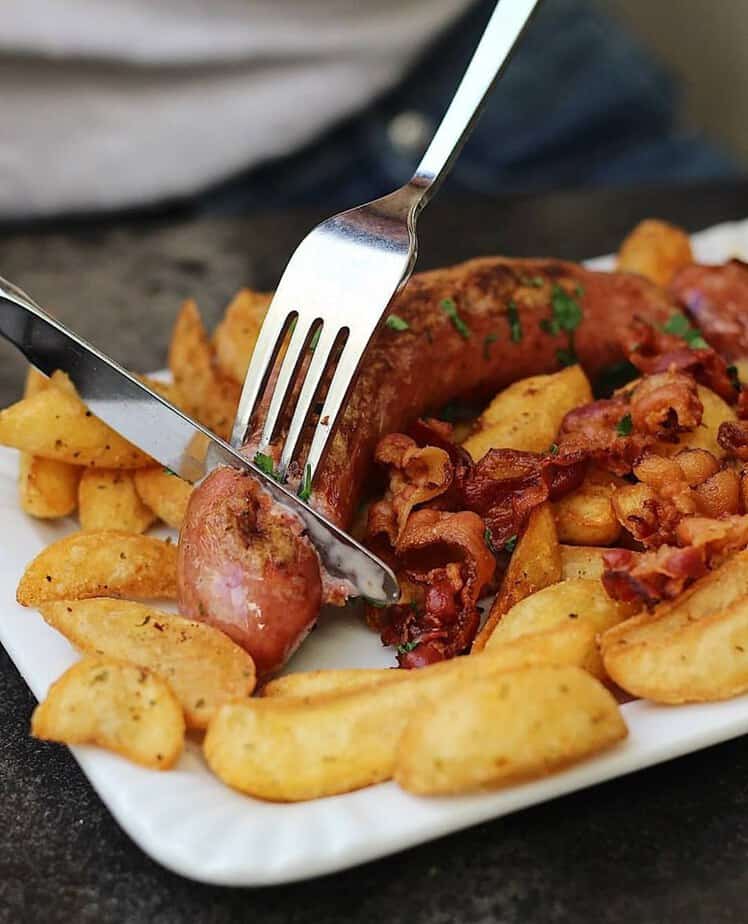 Kaffeehaus in Lisbon – by Kaffeehaus – Sourced from their Facebook

The cuisine however takes multiple turns; from granola bowls and American fry up breakfasts, to toasted sandwiches, burgers, salads, tarts and even fruit bowls. Kaffeehaus also does croissants fresh each day.

These are distinctly non-German dishes. The menu then includes different variations of main meals made with German sausages.

So Kaffeehaus has created this space of hybrid cuisines to cater to the many tastes that come through Chiado on a daily basis. It’s highly strategic.

They also do a variety of imported German beers on tap that are great for completing the dining experience. Ask the waiter for the options when you arrive!

Wurst is a small restaurant found just west of the city center. It’s the only place in Lisbon doing German/Austrian fusion plates as the entire menu.

At Wurst you’ll select your sausage of choice from the variety of different styles and flavors on offer. This largely depends on what ingredients they were able to get fresh on the day, as Wurst is an organic restaurant in Lisbon.

There are options of spicy sausages, cheese filled ones, Portuguese inspired ones and even vegetarian ones… the list is extensive. Once you’ve selected your sausage you’ll choose your plated sides. 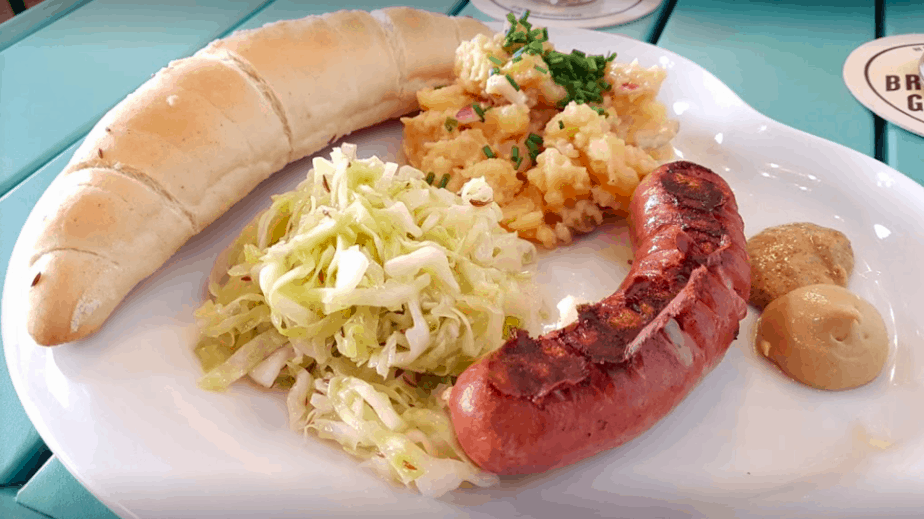 Wurst – Salsicharia Austríaca in Lisbon – by Wurst – Uploaded by them

They do an array of salads, potatoes, breads, sauerkraut, pretzels, mustard etc. It’s as authentic a German/Austrian dining experience you’ll ever have in the Portuguese capital.

Wurst also imports all of the beers and is a really great spot to sit for a few drinks, even if you’re not eating.

Because of the quality of the organic ingredients used and the fact that a lot of the foods need to be imported, this is a pricier restaurant than you might expect for hole-in-the-wall style dining. 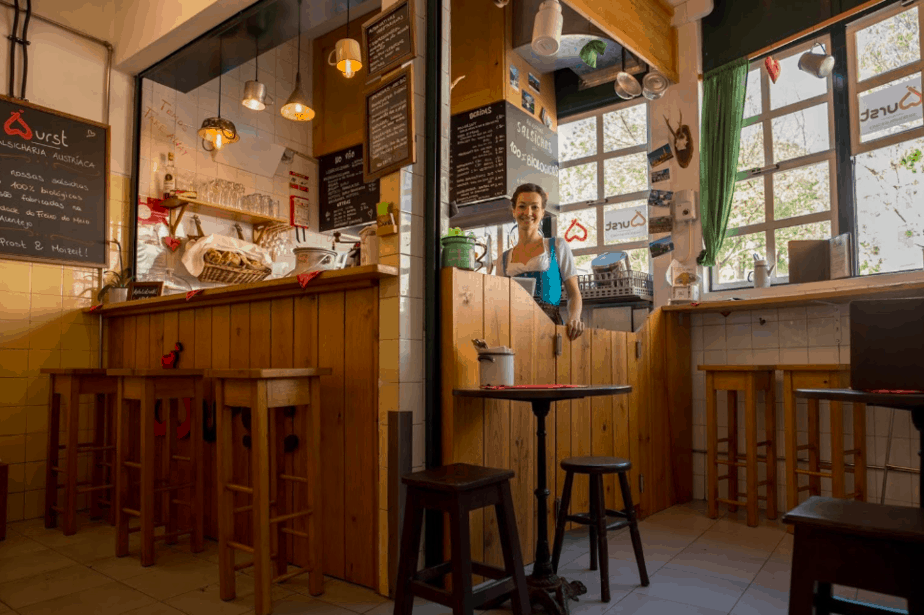 Wurst – Salsicharia Austríaca in Lisbon – by Wurst – Uploaded by them

Bustro Edelweiss is also situated just west of the city center, close to the restaurant mentioned above .

This is a family oriented eatery where one would go for a hearty, home cooked meal experience with a Swiss/German twist. The restaurant has incorporated flavors and dishes from various regions in Europe, and avoided the traditional Portuguese mains altogether.

What to expect? A lot of stews, potatoes in many different forms, quite a lot of cheese, and a surprising amount of options suitable for vegans and vegetarians. 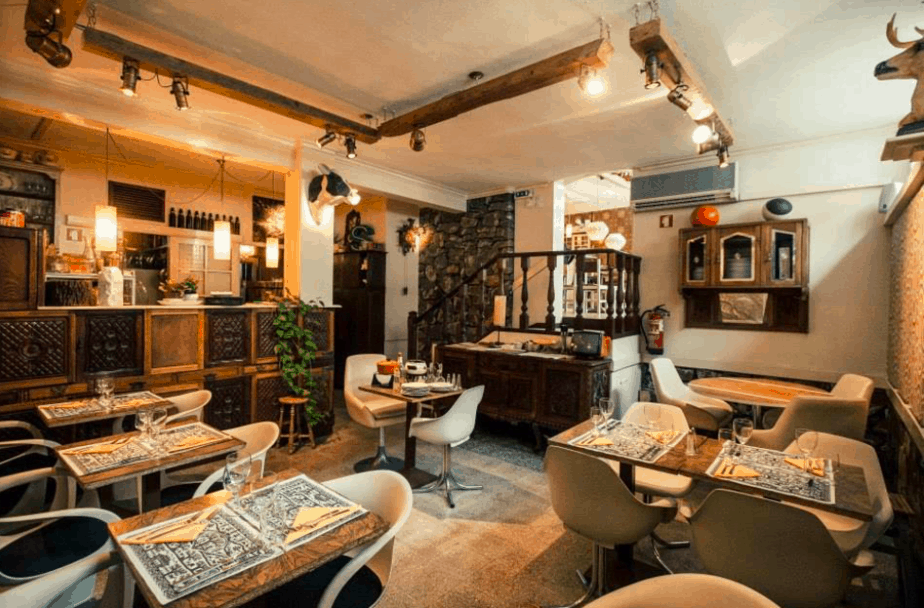 It’s a fusion kitchen through and through, at first glance one would likely never consider this a German eatery. But a lot of the flavors and preparation techniques have be derived from this part of the continent and someone familiar with the cuisine will be able to pick out and enjoy these elements. The stroganoff, for example, is a dish originally from Russia but made famous in Germany.

There is one sausage main on the menu, as well as many imported Swiss, Austrian and German beers on offer. The desserts at Bistro Edelweiss are always creative and delicious, you’ll have to ask your waiter what the options of the day are.

Note that the meals at First Edelweiss are hot and heavy, which is perhaps better enjoyed in the colder months in Lisbon. 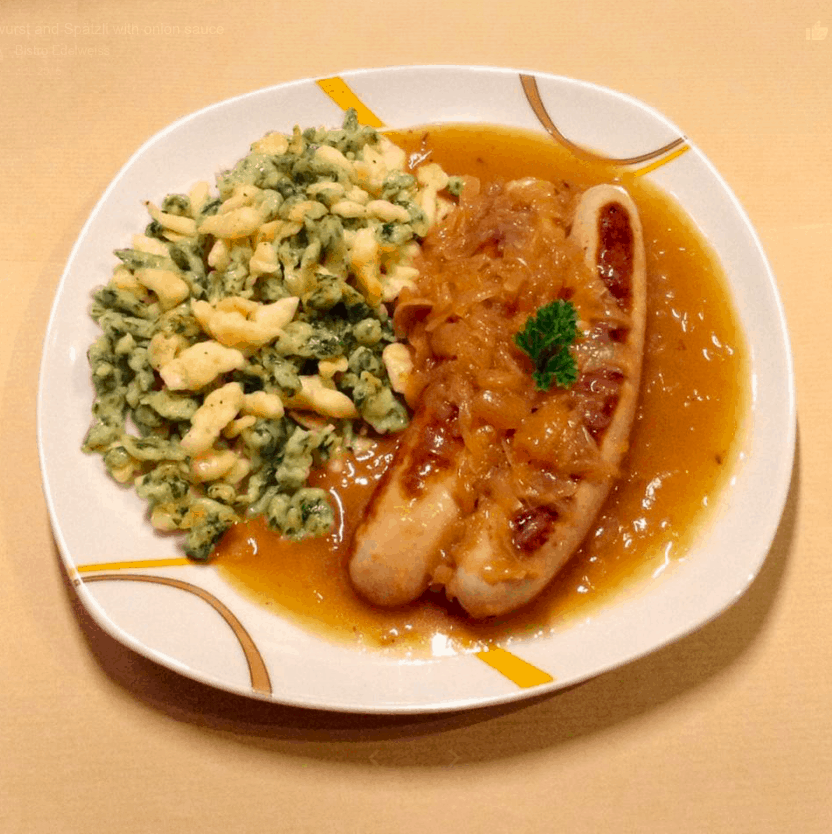 OPENING HOURS: Monday to Sunday – 5pm to 12am