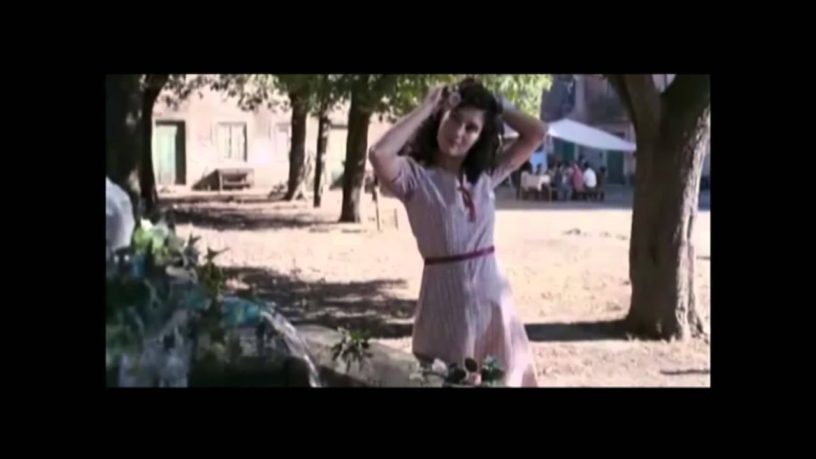 Still from Amália - Sourced from the film

Portugal might not be especially known for their film industry, but they’ve produced some impressive works on the big screen in the past few years.

Anyone with a pending trip to Portugal should invest some time watching a few of the cinematic classics. They will give you a good idea of both the culture and language, preparing you for what to expect on arrival in this eclectic land.

Here are ten that I would highly recommend:

Amália is a Portuguese fado singing legend who lives on in the hearts of just about everyone in the country.

This film is a biographical showcase of her life, and it makes use of actual recordings taken during her career.

Amália sold over 30 million records during her lifetime. The film takes an important look at what life must have been like for this esteemed woman who was nicknamed the “Queen of Fado”.

This hard-hitting film was realized in the year 2000. It was the first time Portuguese cinema lovers had been taken inside of the world that exists in Lisbon’s low income housing; aka the slums.

A world ruled by drugs and poverty, we follow one characters journey of survival in these harsh conditions that never fully recovered from the dictatorship that the country existed under prior to the Carnation Revolution.

Not an easy film to watch, but poignant in subject.

3. The Night Train to Lisbon

A movie made after the book with the same title, The Night Train To Lisbon is a whirlwind of a journey embodying adventure, romance and mystery.

It follows the life of a simple man who unexpectedly saves the life of a suicidal woman one day on a bridge. Hereafter, the story unfolds on a wild goose chase of him trying to locate the woman after she flees his company.

Our protagonist finds himself on the night train to the city of Lisbon. Once he arrives in the city, it’s a race to find the mysterious woman and anyone with whom she might be affiliated.

The Carnation Revolution, mentioned earlier, was a turning point for the country of Portugal. It marked the end of fascism, and a brutal reign of abused power by the rulers in question.

This was the first movie to use this event as it’s plot. It follows the journey of a teacher who learns that two of her student are being detained by the secret police, and her attempts to help them by using her minister brother and her in.

This film has been used through the decades as a cinematic representation of what this era in Portuguese history involved and remains a famed work of art amongst Portuguese locals.

Cidade de Deus translates to City of God. This is a Brazilian film that was produced in conjunction with the Portuguese film industry.

The film is set in Rio de Janiero, and follows the lives of two young boys who adopt very opposite careers paths. One choosing photography, the other choosing drug dealing.

While in Portugal, you’ll notice there is a very prominent migration of Brazilian people, especially into the country’s capital of Lisbon.

Lisbon Story was made in the 90s, and remains my personal favorite Portuguese film.

It’s a light and interesting story following a sound engineer who receives an invitation by a filmmaker friend to visit Lisbon to help on his up coming film.

He arrives in the big city, blissfully unaware of the adventure of love that awaits him.

7. Recollections of the Yellow House

This masterpiece by João César Monteiro was deemed by critics as the most wonderful and eccentric of his creations to date. \

It’s a semi-autobiographical representation of the director’s personal experiences following the journey of a main character living in a crumbling boarding house run by a woman named Violeta.

We follow João’s character on a quest for cash, work and general survival as the world around him seems to only get more and more dismal, until his eventual destruction.

This is an interesting film that explores the life of a young Portuguese girl considered to be the most desired yet unattainable woman in her small town. She eventually weds a man twice her age, and can’t help but find her way into the arms of other men along the way.

The result is one girls journey for fleeting happiness and self fulfillment. A beautiful coming of age film set in Portugal in the 90s.

9. Our Beloved Month of August

Our Beloved Month of August came somewhat out of nowhere on the Portuguese film scene.

It’s a simple film center around the power of music and the ability for it to reunite even the most broken of families.

A cousin, father and daughter reunite in the Portuguese mountains all with a common goal.

This final film is actually a French creation, but it remains one of the most important early films depicting Portugal back in the 50s.

The story starts in Paris, where a new washing machine system has just been invented. Companies send representatives over to Portugal in search of the ideal “Portuguese washerwoman” who can be their brand ambassador.

It’s shot in black and white and it is phenomenal!