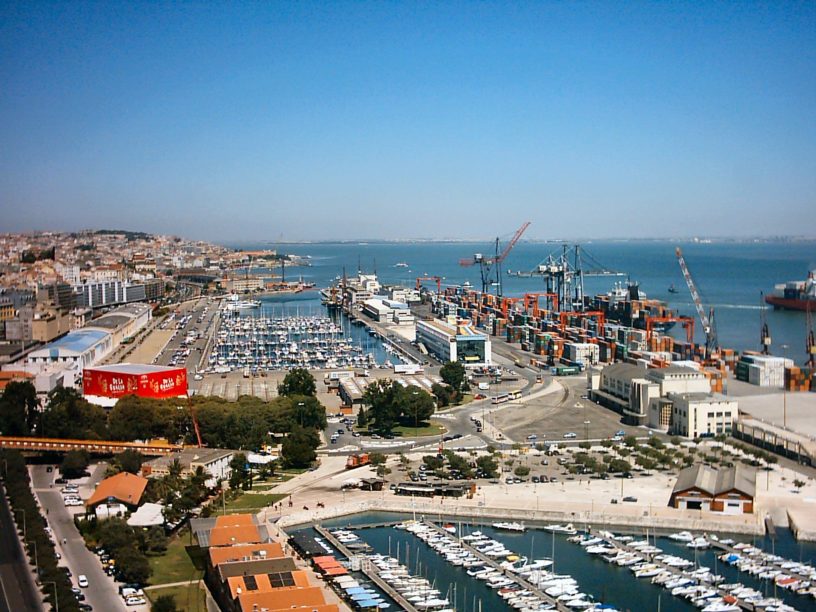 Lisbon is among the oldest cities in the world, and the second-oldest capital city in Europe after Athens. Legend has it that Ulysses, Greek hero, was the first to see the shores of Lisbon. However, historical documents suggest that the city was founded in 1200 BC by the Phoenicians, a group of seafarers and merchants, as a port town.

It is believed that the name Lisbon comes from the Phoenician pronunciation “Allis Ubbo“, which means “safe haven/shore/harbor”. The city was later occupied by the Greeks, the Carthaginians and the Romans.

This once remote outpost that was believed to be the farthest edge of the known world has grown to be one of the most influential cities in the world. It has gained popularity in modern times as a romantic city due to its rich history and culture. Lisbon has so much to offer but here are the top 10 historical facts that happened in Lisbon.

1. Creation of a Capital City 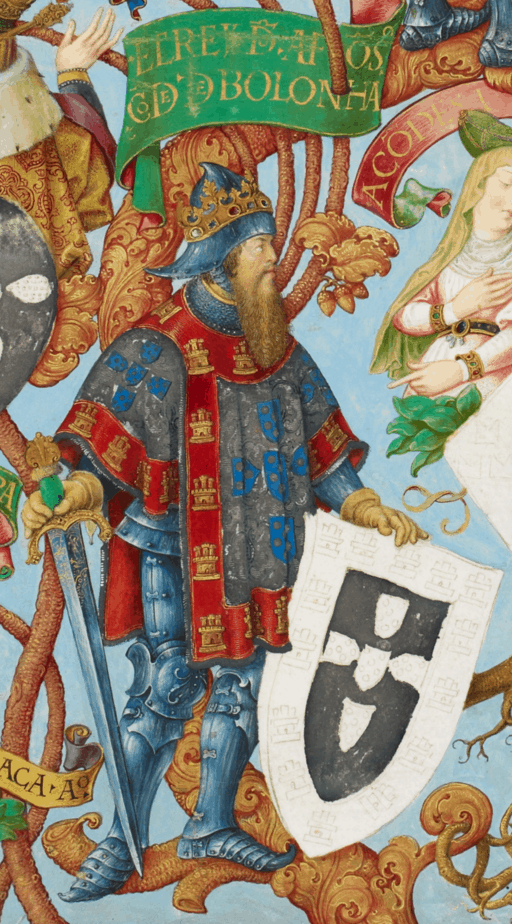 Many of us consider Lisbon as the official capital city of Portugal but shock on all of us as there is no official document that indicates this. Lisbon might be the centre of operations and the largest city in Portugal but it has not yet been officially documented as its capital.

It is hard to believe that a single chance event that took place more than four centuries ago could have given Lisbon its current status as a capital city. Even in its prime Lisbon was the largest and most important city in Portugal thus resulting in King Alfonso III and his court settling in Lisbon. In 1255, King Alfonso III declared Lisbon as the capital city from Coimbra.

Up to this very date this declaration by King Alfonso III has been the justification given as to why Lisbon is considered Portugal’s capital city despite their not being any official documents. Can you imagine what would have been of Lisbon if the king did not make this declaration?

2. The city of seven hills comes to life

In 1620, Nicolau de Oliveira wrote the book O Livro das Grandezas de Lisboa, in English The Book of Greatness of Lisbon, that romanticized the city of Lisbon as “cidade das sete colinas“, in English the city on seven hills. This made the city similar to Rome which is also known as the city of seven hills.

Unfortunately, Lisbon is not actually a city built on seven hills rather it is built on eight hills. Oliveira in his book listed only seven hills, Sāo Castelo, Sāo Vicente, Monte, Penha de Franca, S. Pedro de Alcantara, Santa Catarina and Estrela. He forgot to mention the biggest of all hills the Graca. It is unclear if he purposely or mistakenly miscounted the hill or the Graca was too large that he did not consider it to be a hill.

Today many people know that the city of Lisbon is surrounded by eight hills but still they refer to it as the city of the seven hills. This 1620 error is still valid up to date.

3. The city gets shaky 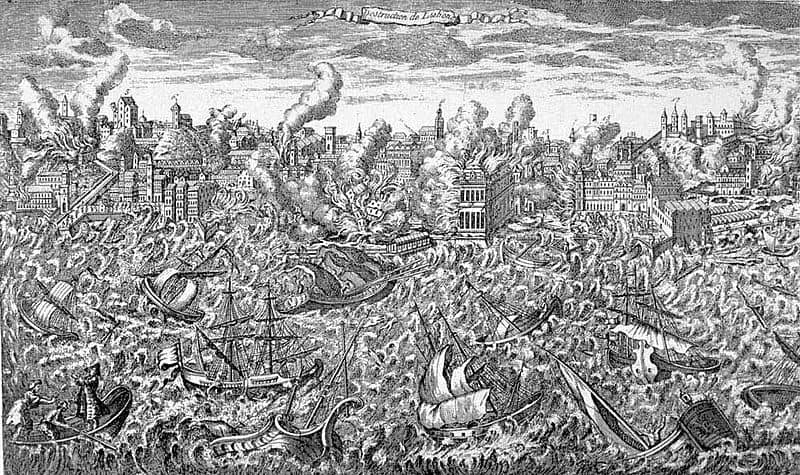 On the morning of 1st November 1755 a series of earthquakes occurred in the twisting narrow streets of Lisbon and destroyed about 12,000 residential homes including the Royal Palace. Public buildings were also demolished into ruins by the sudden shock waves. At the coast, a 20-feet tsunami rushed ashore and caused unimaginable damage to the port city.

During the earthquake a great number of human lives were also lost. The 1st of November marks All  Saints’ Day and as result many of Lisbon’s residents had gone to church at the time the shock waves hit the city. Many of the churches could not withstand the seismic shock and collapsed on the people. Many people were injured and an estimated 60,000 people were killed.

The cultural history of Lisbon that was well-preserved in the books, art and architecture, was destroyed in an instant by the earthquake, in combination with the resulting fire and tsunami. The city’s original landscape was replaced by current architectural styles including the first use of prefabricated buildings.

4. The city of spies 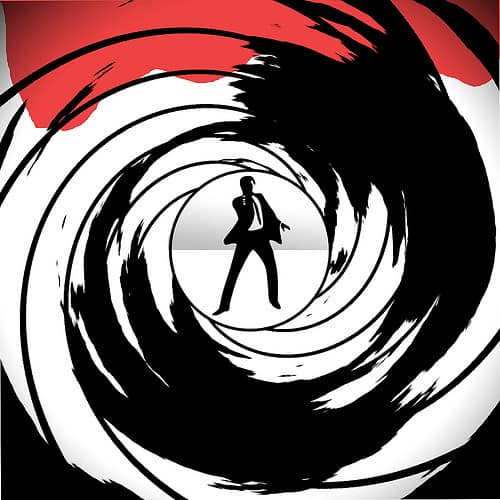 Lisbon played a pivotal role in the history of World War II despite Portugal being neutral during the Second World War. In order to protect the country from wartime backlash Portugal’s dictatorial Prime Minister, António Salazar, was rumored to ‘play both sides’.

The city was known as a ‘city of spies’ but not a single gunshot was fired in the city in association with the war. Behind the city scenes high-stake plotting, betrayal, double-dealing, pulling of invisible strings, and survival took place by both the Nazi and allied spies.

5. A time for change 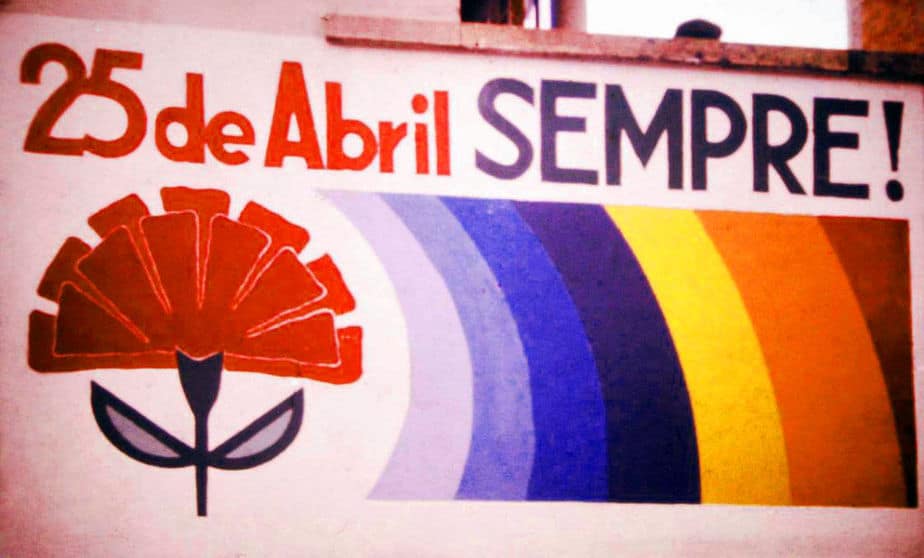 The Carnation Revolution also known as 25th April was a peaceful military coup coupled by civilians that took place on 25th April 1974 in Lisbon. The coup overthrew the authoritarian government of Estado Novo rule.

The revolution led to the resignation of the resignation of Prime Minister Marcello Caetan, Marcello took over from António Salazar after Salazar suffered a stroke and ruled for six years, terminated Portuguese Colonial War and initiated the process that would that led a democratic Portugal.

On 25th April 1975 Portugal had its first democratic election and up today 25th April is national holiday known as Freedom Day.

6. Spanish ruled the city of Lisbon 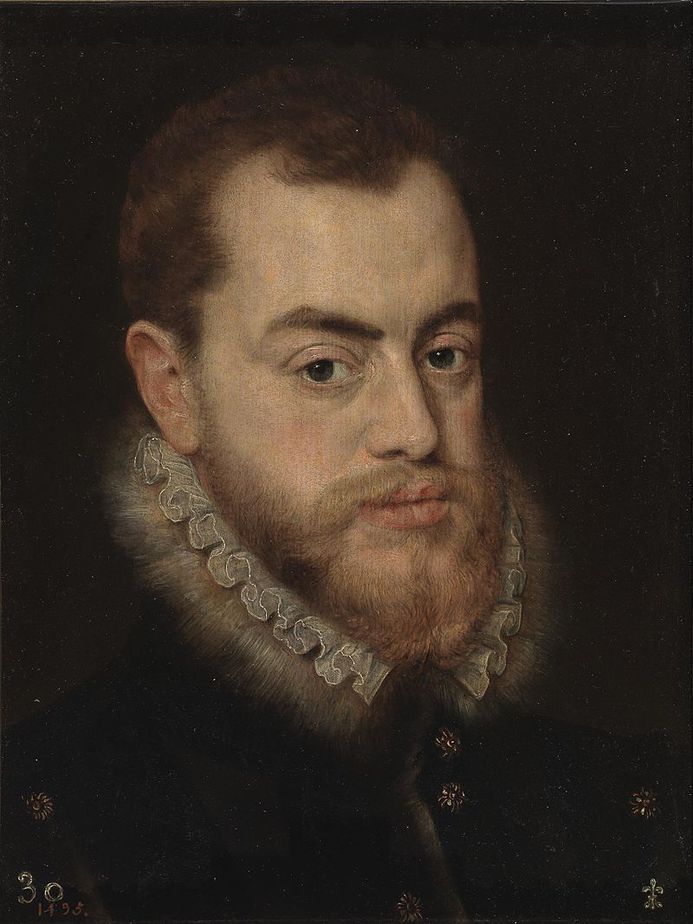 From 1580 until 1640 the city of Lisbon was under the dual Spanish-Portuguese throne. This is because in 1580 the Duke of Alba conquered Portugal. King Philip II of Spain was declared king over the country of Portugal.

In 1640, Lisbon was freed from Spanish rule under the Portuguese Restoration War.

7. Peace Treaty between Spain and Portugal 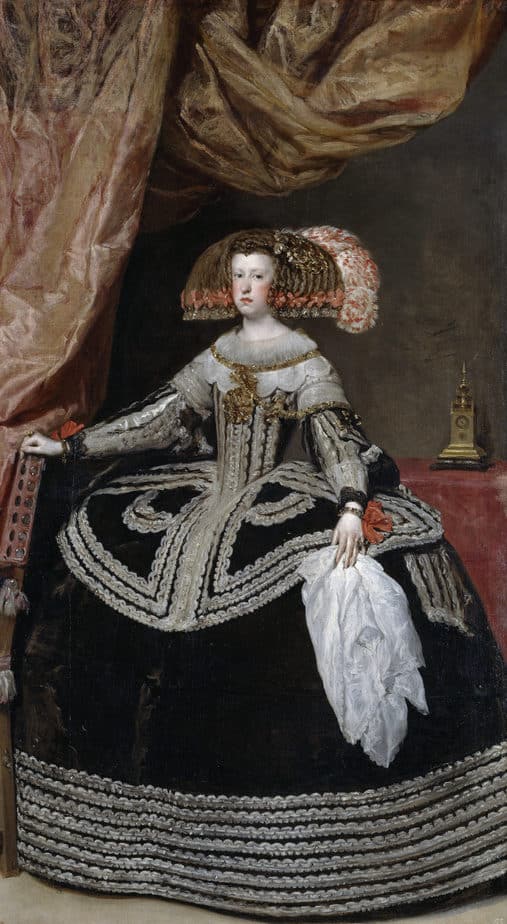 The peace treaty between Spain and Portugal took place on 13th February 1668 in Lisbon. Queen Mariana of Austria, the second wife of the late King Philip IV, represented Spain and Future King Peter II represented Portugal. The treaty was mediated by Edward Montagu, 1st Earl of Sandwich, an ambassador of Charles II of England.

In the treaty Spain acknowledged Portugal’s new ruling dynasty, the House of Braganza.

8. The French Invasion to Lisbon 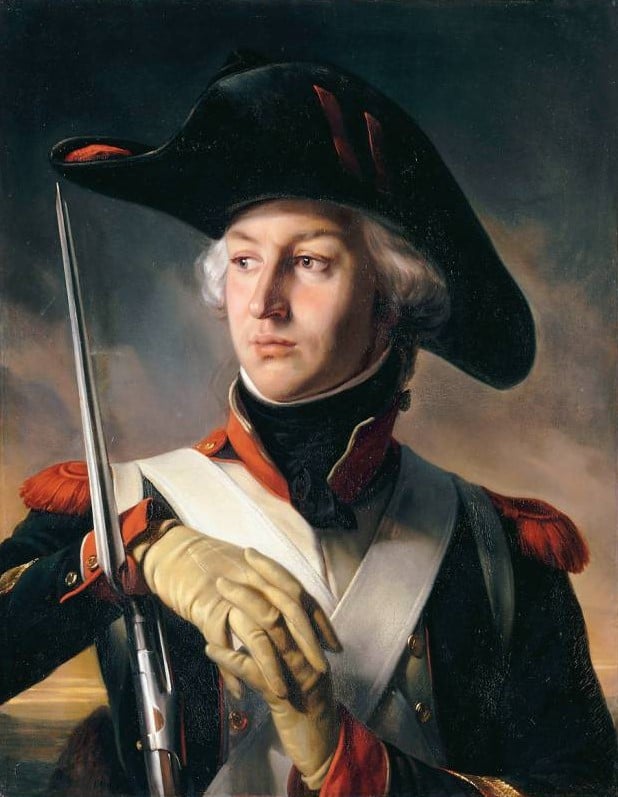 Portugal, under Prince John, had initially intended to maintain neutrality during the Napoleonic War until the 12th August 1807 ultimatum given by Napoleon. The ultimatum demanded Portugal to declare war against the British, Join the Franco-Spanish fleet, arrest all the British subjects in Portugal and enforce a blockade of British trade.

To appease Napoleon the Portuguese government complied with most of the demands but Napoleon still ordered General Andoche Junot to invade the country. On 30th November 1807 Junot captured the city of Lisbon with no resistance from the Portuguese as Prince John and his advisers did not believe that Napoleon would actually plan to invading the country. Fortunately the day before Junot arrived in Lisbon the royal family and thousands of Lisbon citizens fled to Brazil. 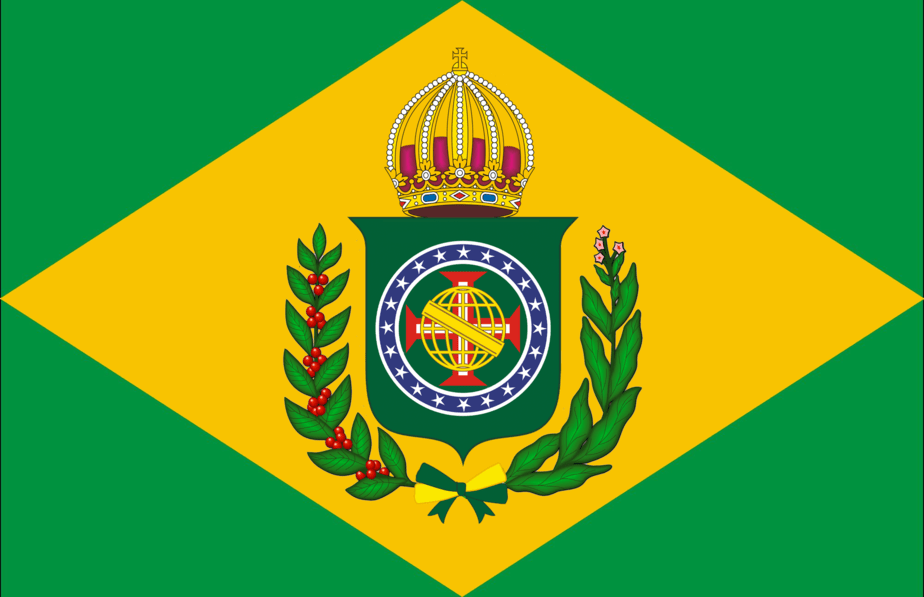 From the 15th century onwards the port of Lisbon found prosperity as one of the most important ports in the world. In the 16th century the Casa da India began trading with Asia, Africa and Brazil thus making the city the most important slave trade centre in Europe. During this period the city was rich and attracted many citizens from Genoa, Flanders and Mallorca.

Following the end of colonization, Lisbon fell in status and was described in London, Paris and Berlin as an extension of North Africa, meaning a territory unable to govern itself. The city no longer enjoyed the commercial monopoly it held on the goods it attained from its colonies. Many of its citizens migrated to Brazil and Lisbon remained a ghost town. 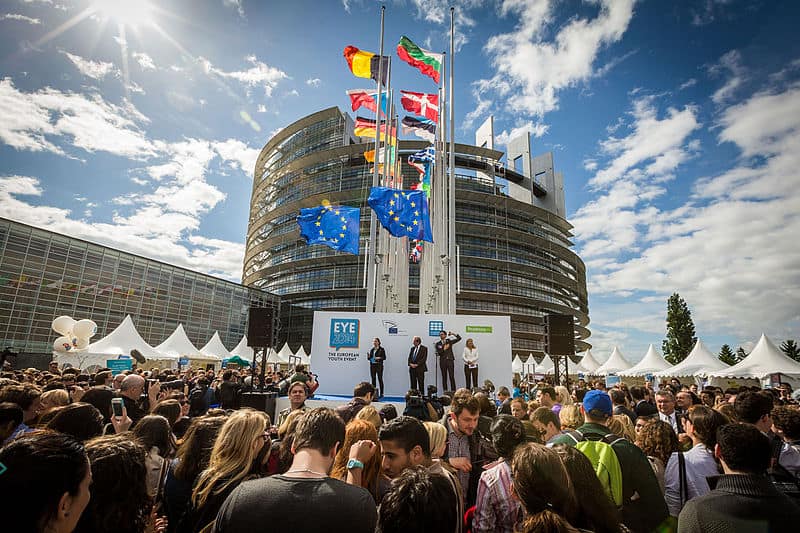 Portugal applied to join the Europe Union, EU, on 28th March 1977 and officially joined EU on 1st January 1986. From the Union Lisbon was able to access financial assistance on improve its physical appearance.

Apart from a great facial uplift Lisbon has also enjoyed other benefits from joining EU such as hosting major international events and slowly gaining its past glory.