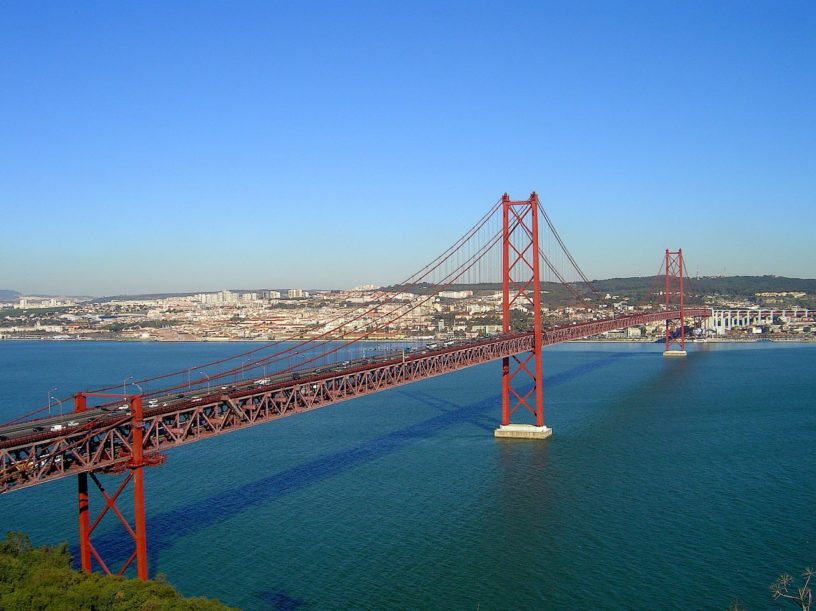 Read this headline with a piece of salt — no, the Golden Gate Bridge is not located in Lisbon, but it could very well have an identical twin that is.

The Golden Gate is a world-famous bridge in San Francisco, California. Its red facade makes it one of the most recognizable bridges on the planet, as do the very defined suspension cables. So what is this bridge’s replica doing in Lisbon? 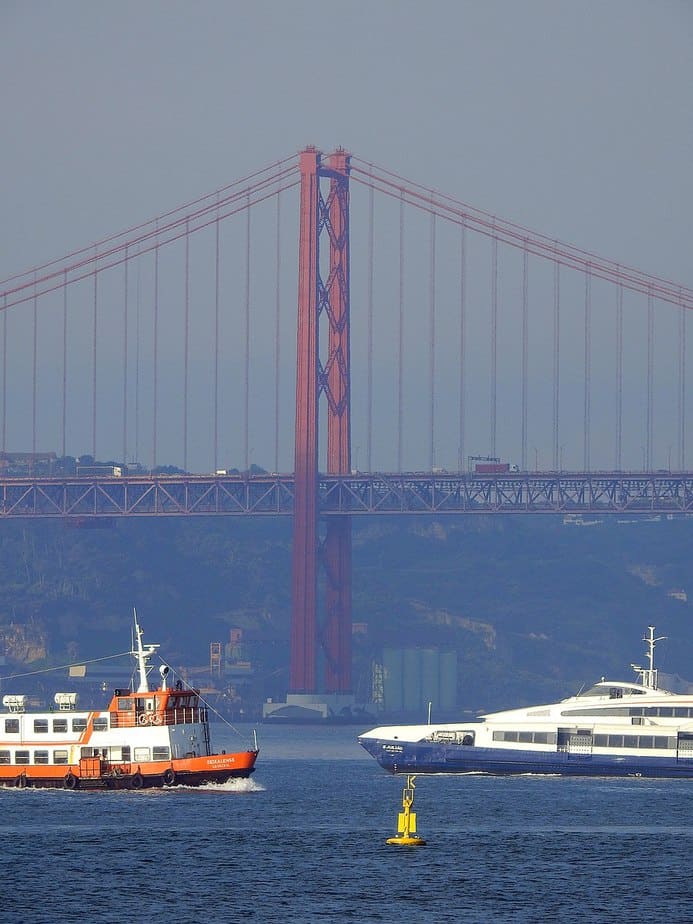 Here are 10 facts that may make things a little easier to understand:

The real name for Lisbon’s Golden Gate is the Ponte 25 de Abril, which directly translates to the 25th of April Bridge.

It was originally named the Salazar Bridge, however after the revolution in Portugal, it was decided that the date of the events would be a far more apt way of honoring history.

The city needed a route across the Tagus River; one that could get people from one side of Lisbon to the other in record time. Construction completed in 1966, bar one or two adjustment that had to be made in the years that followed.

3. The Ponte 25 de Abril and the Golden Gate are Similar Lengths

Despite looking like clones of one another, both bridges average about 2.5km in length, and feature suspended rigs dipping between the pillars.

The only real difference between the two designs is that the Golden Gate retains square shaped gaps on its main arches, while the 25 Abril showcases diamonds made with crossing metals. 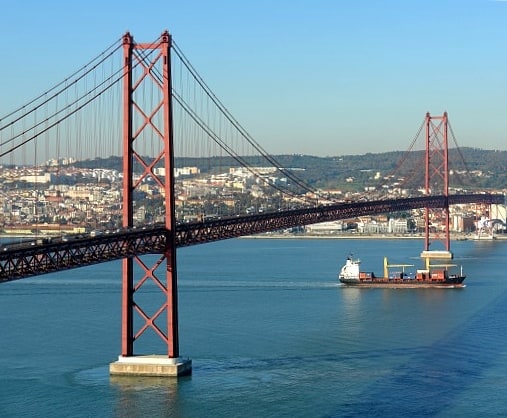 4. You Can’t Walk Over the Bridge

Unfortunately, due to the extensive length of the bridge over the water, Lisbon’s Ponte 25 de Abril does not feature any walking paths for those wishing to cross on foot.

The bridge can only be crossed using a car or motorcycle, and are also not considered safe for bicycle crossing.

Every year in March there is a big half marathon event that takes place in Lisbon. On this day, the bridge is closed off and is used as part of the marathon route. Pedestrians are then permitted to walk across if they so desire, sharing the roads with the runners of the event.

5. It’s Visible From All Viewpoints in Lisbon

Lisbon is filled with viewpoints from which you can view the towering architecture below. It’s one of the city highlights to visit as many as possible, and from all of them you can get a perfect view of the bridge (and photo op).

My personal favorite view of Lisbon’s Golden Gate is from the LX Factory, on the coast. The factory is somewhat directly underneath the start of the bridge, and at night the entire thing is lit up over the water. 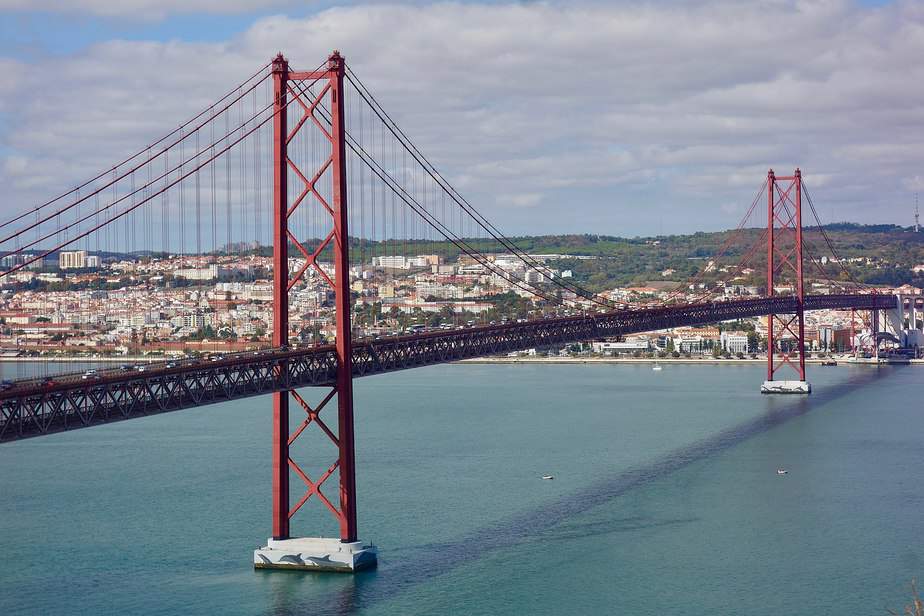 It’s quite the sight for sore eyes. Find the rooftop bar with the best view of them all!

6. The Bridge had to be Earthquake Proof

As you delve into Lisbon’s history, you’ll quickly learn of how much of the city was lost due to devastation from the Great Earthquake that arrived in 1755.

While a lot of infrastructure was lost completely, there were also many buildings that saw immense damage without entirely collapsing. For obvious reasons, any bridge constructed on the seismic activity region of Lisbon would need to be able to take the heat, should it ever arise again.

Lisbon’s bridges can be equated to icebergs in that what’s visible on top is no match to what is actually going on underneath. The bridge makers claim that the structure would be able to withstand an earthquake up to four times the impact of the one that shook in 1755.

7. It’s so Big it Doesn’t Always Fit Into Frame

Like the Burj Kalifa in Dubai, Lisbon’s Golden Gate Bridge can be hard to photograph if you don’t have a wide enough frame.

The city center is on the edge of the Tagus water, and thus puts you in close contact with the bridge. As you move up into northern Lisbon, and start to visit some of the famous viewpoints, you may find it much easier to get the shot you want! 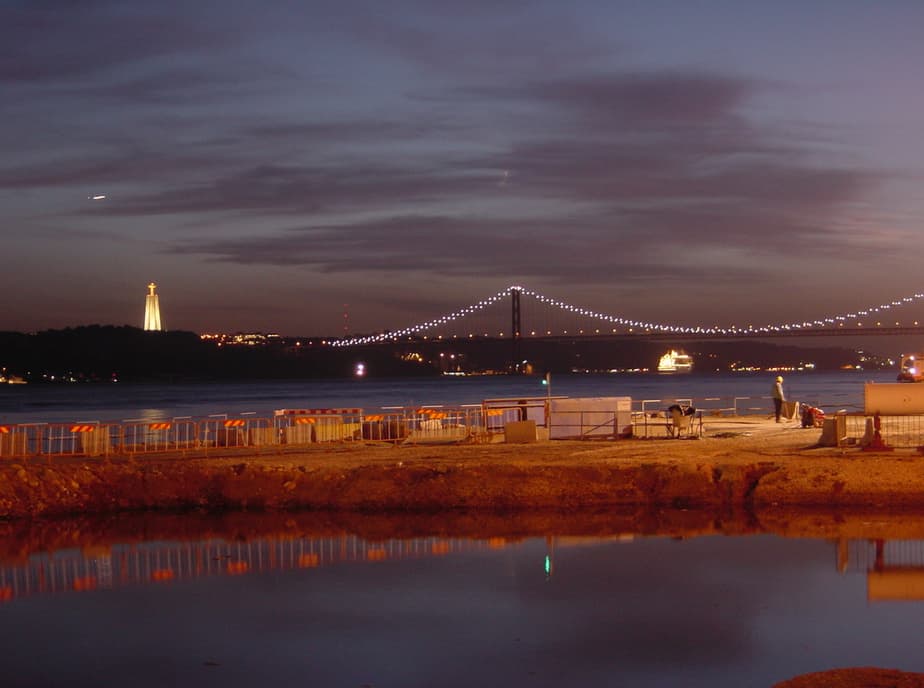 8. The Bridge has a Lower Deck

In 1999, a lower deck was added to the Ponte 25 de Abril to allow for railway tracks to move from one side of Lisbon to the other.

As it stands, cars make use of the upper deck, while these tracks run underneath. The original design for the bridge only catered to 4 car lands, but this has since been expanded into 6.

9. The Ponte 25 de Abril has Featured in Several Films

In 1969, various scenes from James Bond were shot on the bridge itself. The hype grew from here on out, with tourists now looking at this landmark as something worth seeing.

Shortly thereafter, the observation deck was built so that visitors could gain some sort of access to the main platform, without walking over the bridge itself. 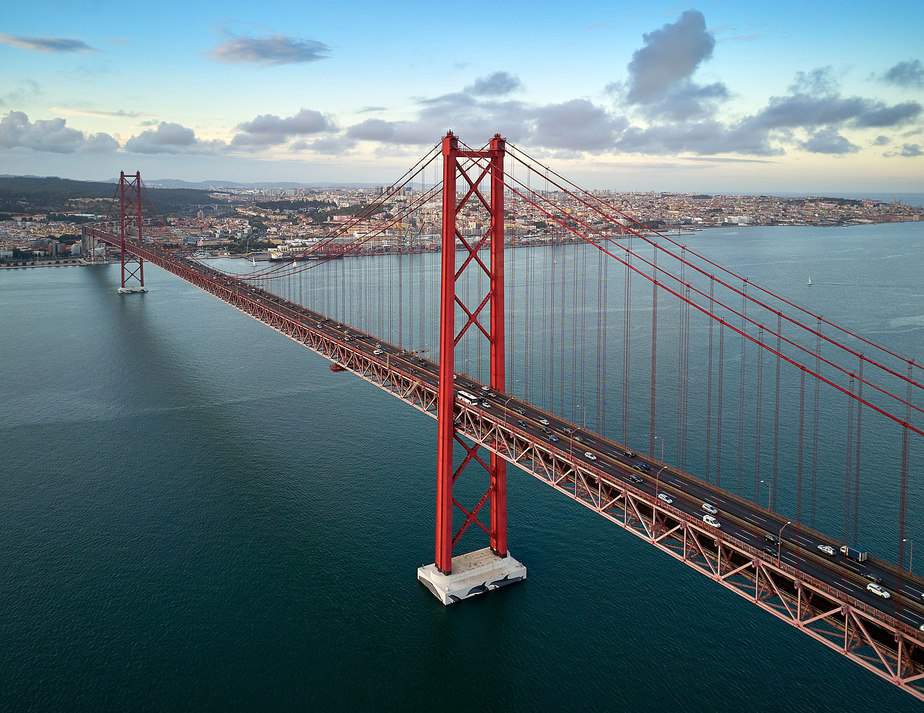 This is the daily average, though it does fluctuate depending on the season, with around 7000 cars during peak hour. This means that around 380,000 go from one side of Lisbon to the other, each day.