Top 10 Facts about Praça do Comércio in Lisbon 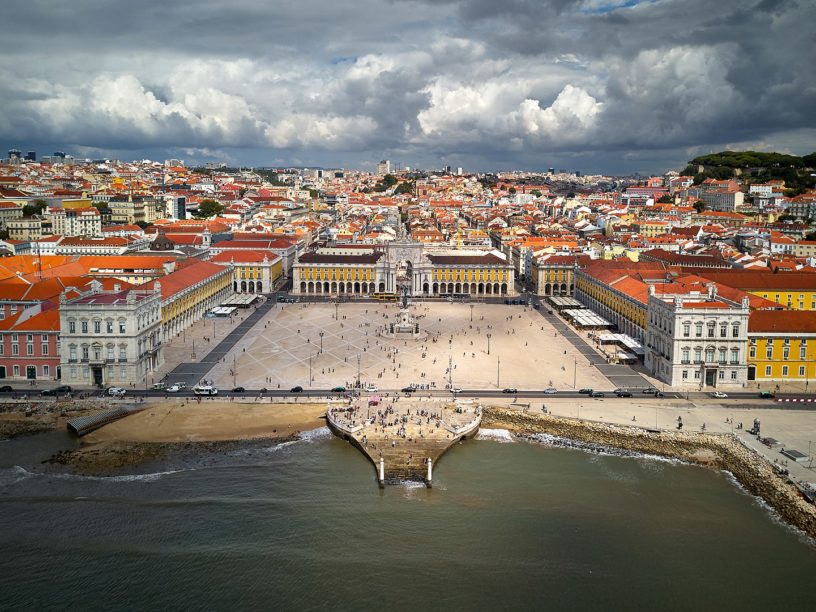 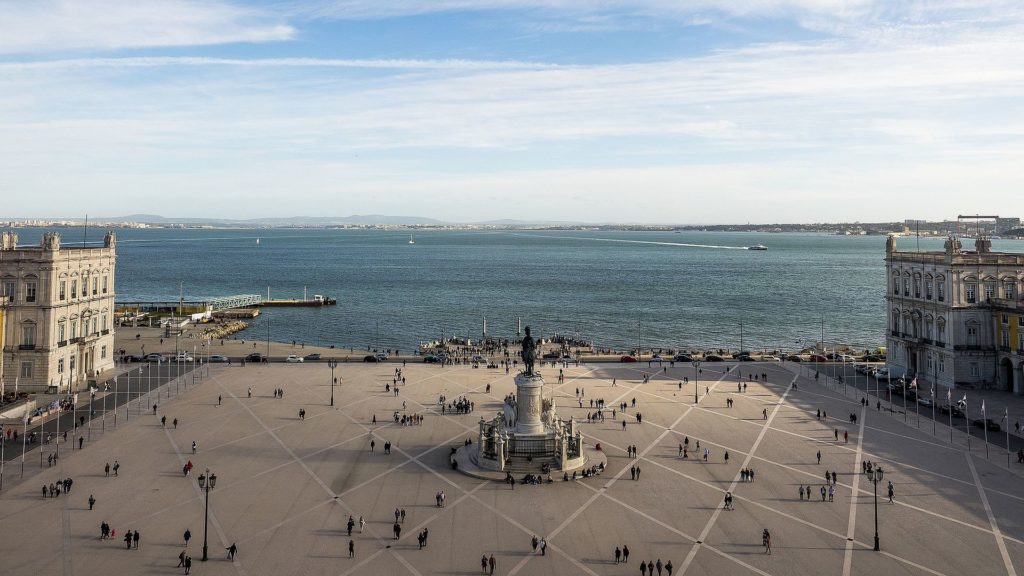 Top 10 Facts about Praça do Comércio in Lisbon

The Praça do Comércio, also known as the Commerce Square in English is a large harbour-facing square in Lisbon. This Square found in Portugal’s capital has been used for trade all through its history.

There used to be Palace at the Square that was destroyed by the great Lisbon earthquake in 1755. The Square was later renovated as commissioned by Sebastião José de Carvalho e Melo.

After its renovation, the Square was not only used for trading but also other historical events.

A king and his son were assassinated at this Square in 1974. There are several reasons why you should visit this Square when you are in Lisbon.

Let’s now look at the top 10 Facts about Praca do Cormecio in Lisbon.

1. An Earthquake and a Tsunami destroyed the Square and the Palace 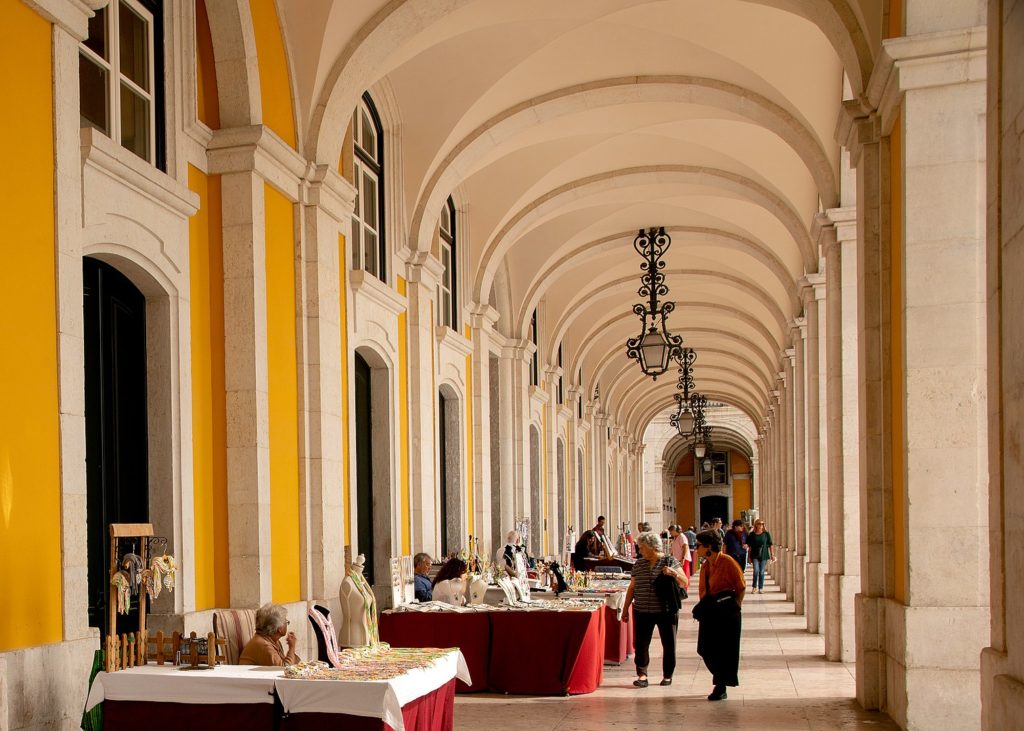 Lisbon’s waterfront Praça do Comércio was completely rebuilt after the devastating 1755 earthquake. A subsequent tsunami and fire hit the Square that same year.

The new Square, rebuilt after was filled with government bureaus that regulated customs and port activities.

2. It is the most beautiful Square in Portugal 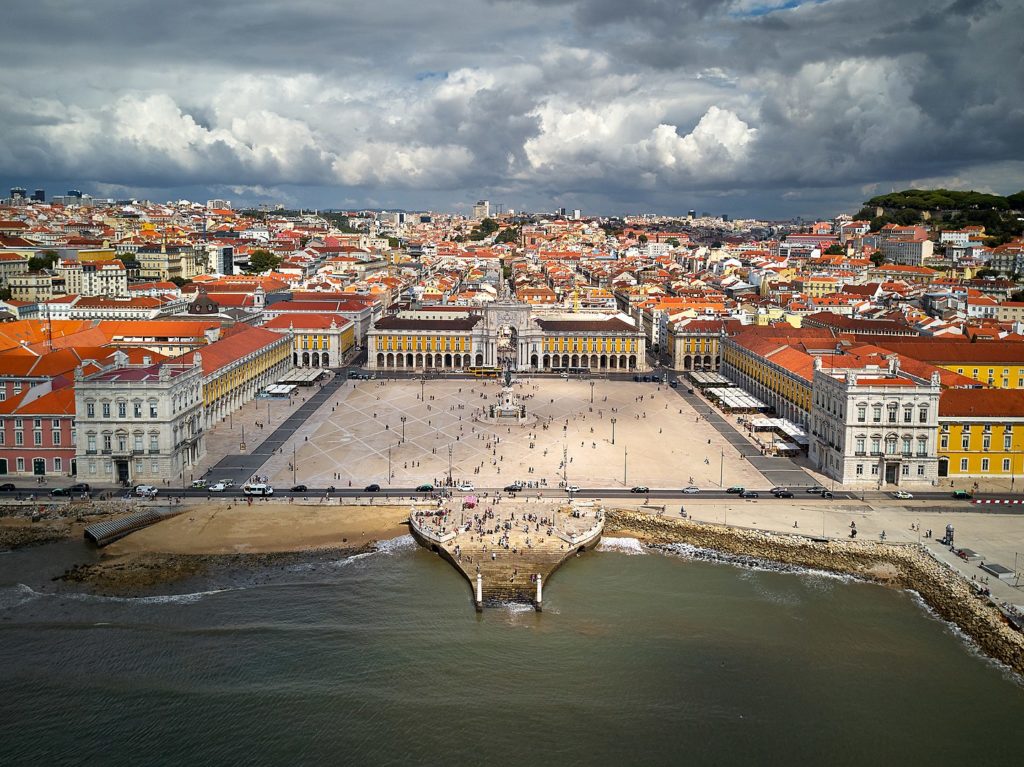 With beautiful 18th century symmetrical buildings and arcades facing the River Tejo, Terreiro do Paço is one of Lisbon’s most beautiful squares.

It has a large open space used mostly by the pedestrian. It is a common meeting area for both locals and tourists.

At the centre of the square is the statue of King Dom Jose I who survived the 1755 earthquake.

3. Manuel I built the Square to escape the city

the Palace of Alcáçova was a large, but overcrowded complex. This was not what King Manuel I wanted.

He, therefore, set off to look for a new place with all the space he needed. The King used proceeds from his spice trade to renovate the new Square. He built a new royal palace.

This was going to be his get-away home from the crowded city walls. With time, more buildings were added to the complex.

The locals refer to the Square as Terreiro do Paco about the palace that was built for Manuel I.

After the earthquake, the renovation of the Square took the architectural design of the Enlightenment period.

The Palace was not restored but the Square had distinct geometrical designs.

4. The buildings at the Square house government offices 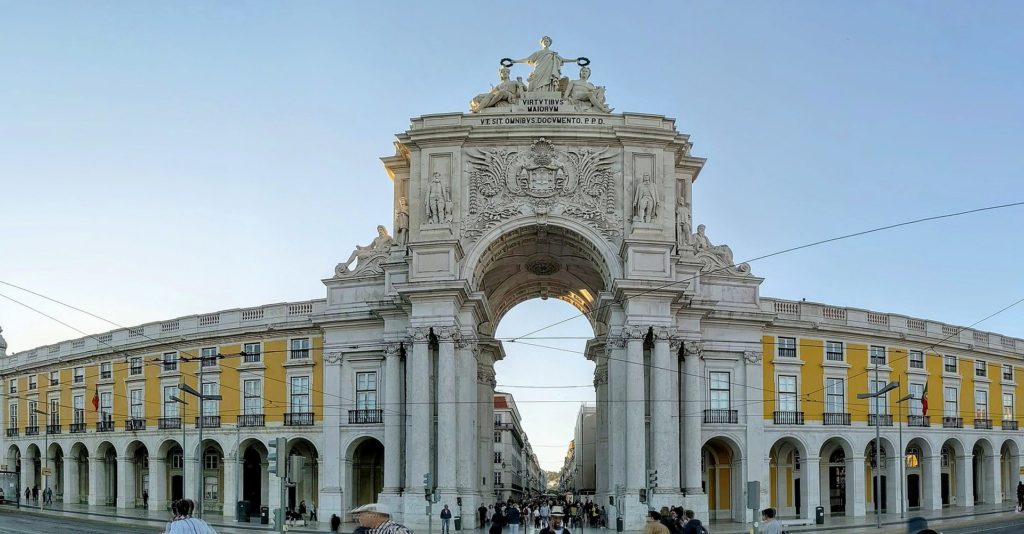 The statue of Jose I is surrounded by 18th-century symmetrical buildings. The Square was given a facelift in its original yellow colour.

Today, the buildings are occupied by ministries and other government offices.

One of Lisbon’s oldest café that was established in 1782 can still be found at the Square. Nearby is Arco da Rua Augusta that is at the start of Baixa shopping street.

5. The Palace was never rebuilt

Ribeira Palace was the main residence of the Kings of Portugal, in Lisbon, for around 250 years.

This Palace was commissioned by King Manuel I after he sought to find a peaceful place far from the crowded city. He found the Royal Alcacova of Sao Jorge unbefitting.

The reigning monarch when the earthquake struck was King Jose I. He moved to the hills of Ajuba after the earthquake and never reconstructed the Ribeira Palace.

6. Eugénio dos Santos was commissioned to renovate the Square

One of King José I’s Prime Minister, the Marquis of Pombal, took up the task to renovate the Palace.

He worked closely with Eugenio dos Santos, a Portuguese architect. Together, they designed a large, rectangular Square that opened towards the Tagus river.

The ends of the U-shaped buildings at the Square have two large towers. They resemble the monumental tower of the Ribeira Palace destroyed during the earthquake.

One of the towers and the Augusta Street Arch was completed in the 19th century. The arch was designed by the Portuguese architect Santos de Carvalho in 1873.

7. The Square got a new name after it was renovated

After renovations of the square were complete, it was named Praça do Comércio, the Square of Commerce. This was its new function.

The buildings at the Square had government bureaux regulating customs and port activities. At the centre is King Jose I bronze statue that was designed by Joaquim Machado de Castro.

Augusta Street links the square with the other traditional Lisbon square. Most of the trading activities in Portugal took place through this square and port.

8. An assassination was carried out at the Square 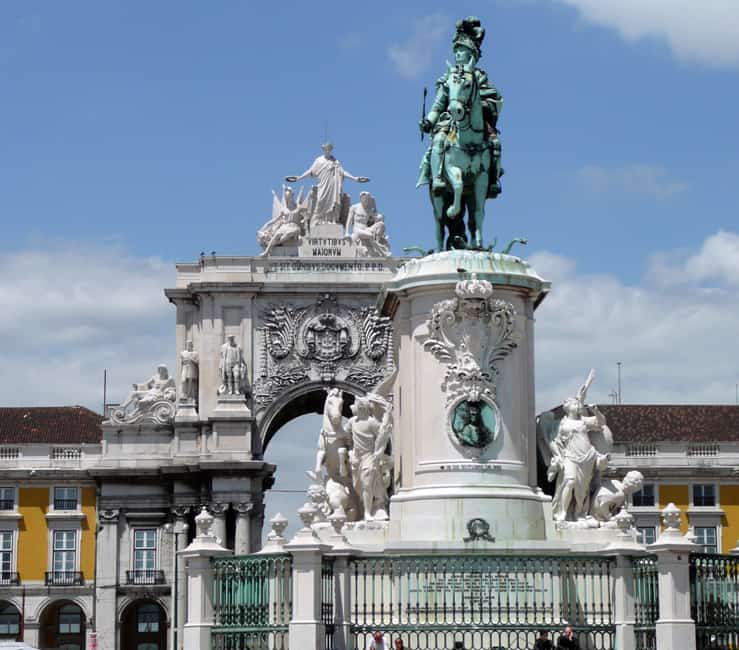 On 1 February 1908, Praca do Comercio was the scene of the assassination of Carlos I, the penultimate King of Portugal.

His carriage was shot at while crossing Terreiro do Paco on their way to Vila Vicosa. The shots were fired by two men Alfredo Luis da Costa and Manuel Buica.

The king and his son, Prince Luis Filipe, were fatally wounded while his other son Prince Manuel was hit in the arm. The two assassins were shot by the police.

These two men belonged to a political group that exiled the monarch and made Portugal a republic.

There is a plaque at the western end of the Square commemorating the assassination of the King and his heir.

9. A library was destroyed during the 1755 big earthquake

The Ribeira Palace had a large library that had more than 70,000 books. This was destroyed during the earthquake in 1755.

This led to the loss of important historical Portuguese literature.

10. The triumphal arch and a monumental statue

The centrepiece of the Square is the equestrian statue of King José I. It was inaugurated in 1775 in the centre of the square.

This bronze statue was the first monumental statue dedicated to a king in Lisbon. Joaquim Machado de Castro, Portugal’s foremost sculptor of the time, designed it.

There is also a triumphal arch which was designed by the Portuguese architect Santos de Carvalho.

The top section of the arch includes statues representing important Portuguese figures such as Vasco da Gama and the Marquis of Pombal.