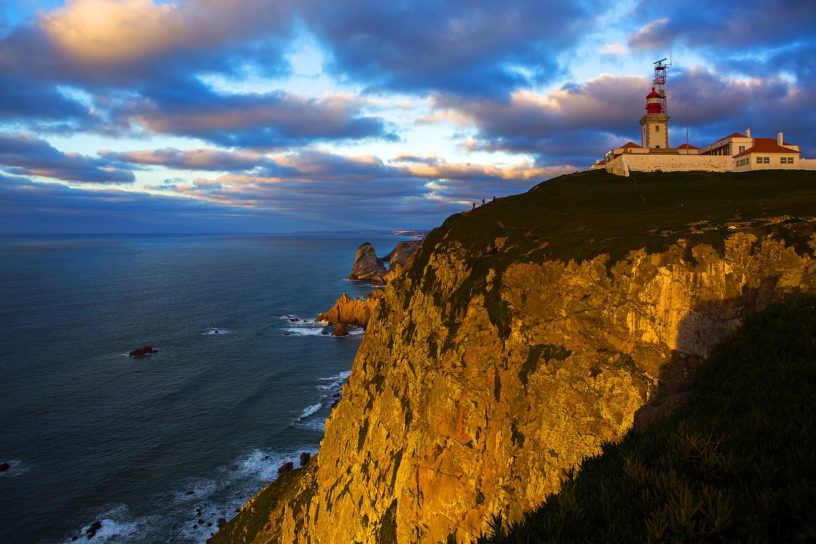 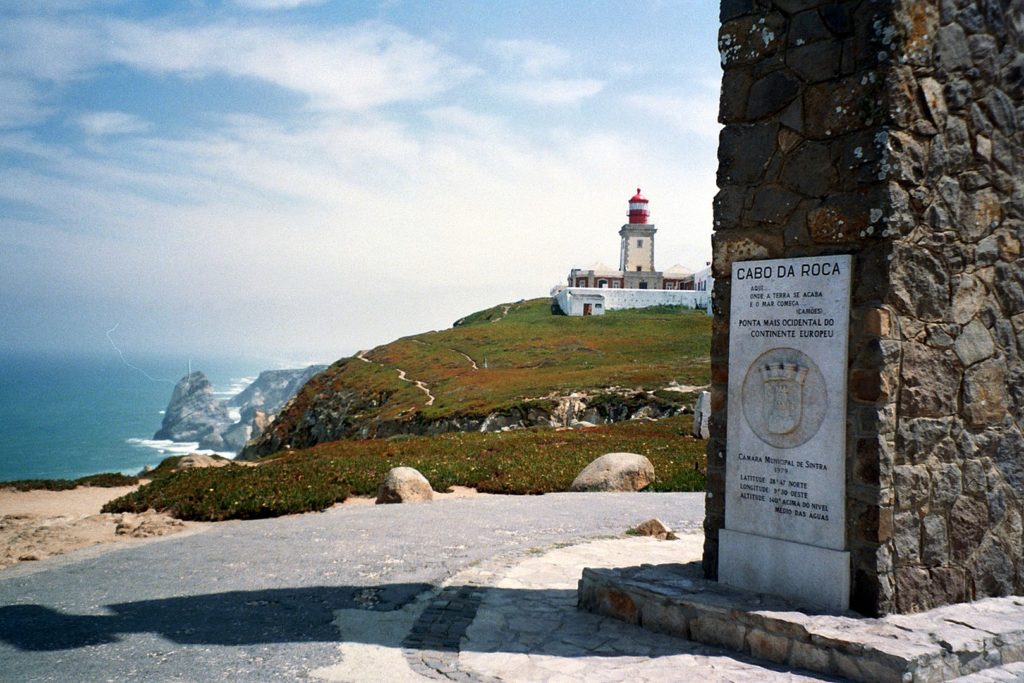 Portugal is well known for its long coastlines with beaches and granite cliffs cropping out of the Atlantic. Cabo da Roca, also known as Cape Roca, forms part of this coastline.

This place was considered to be the end of the world since there is nothing but water as far as the eyes can see. It is found in the westernmost point of continental Europe.

Cabo da Roca is located in the municipality of Sintra, near Azóia, southwest of Lisbon. The place is defined by rugged cliffs, waves crashing on the cliffs and is usually windy.

Other than its unique landscape, Cape Roca boasts of a picturesque lighthouse that was built in the 18th century.

Cabo da Roca is one of the best places for scenic views as well as sightseeing spots.

As you plan your next trip to this beautiful country, check out these top 10 facts about Cape Roca.

1. Cabo da Roca is the westernmost point of continental Europe 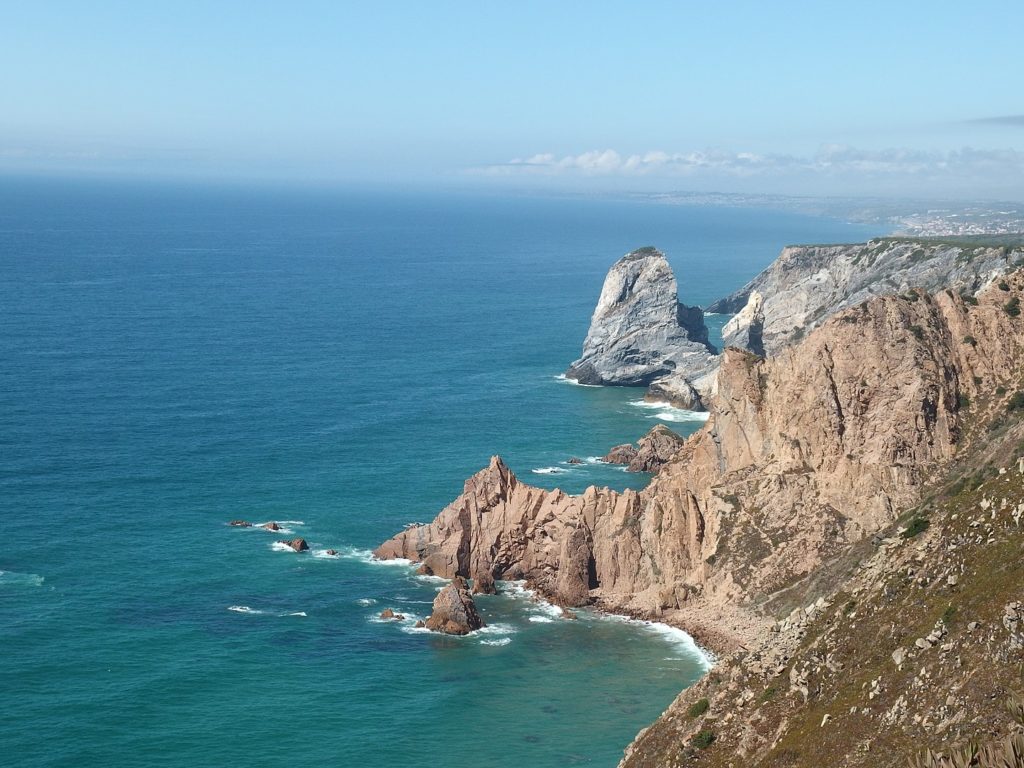 The cape is within the Sintra-Cascais Natural Park, 42 kilometres west of the city of Lisbon. Its coordinates, 38°47′N 9°30′W, locate it to the southwest of Sintra.

This location is made up of a mixture of sandy beaches and rocky cliffs. The cliffs are about 100 metres tall and cut through the crystalline rocks.

These cliffs are made of rose-coloured granite in the north and syenite of the Ribeira do Louriçal in the south.

Part of the granite formations has undergone strong coastal erosion. Others have limestone deposits embedded in the granite. 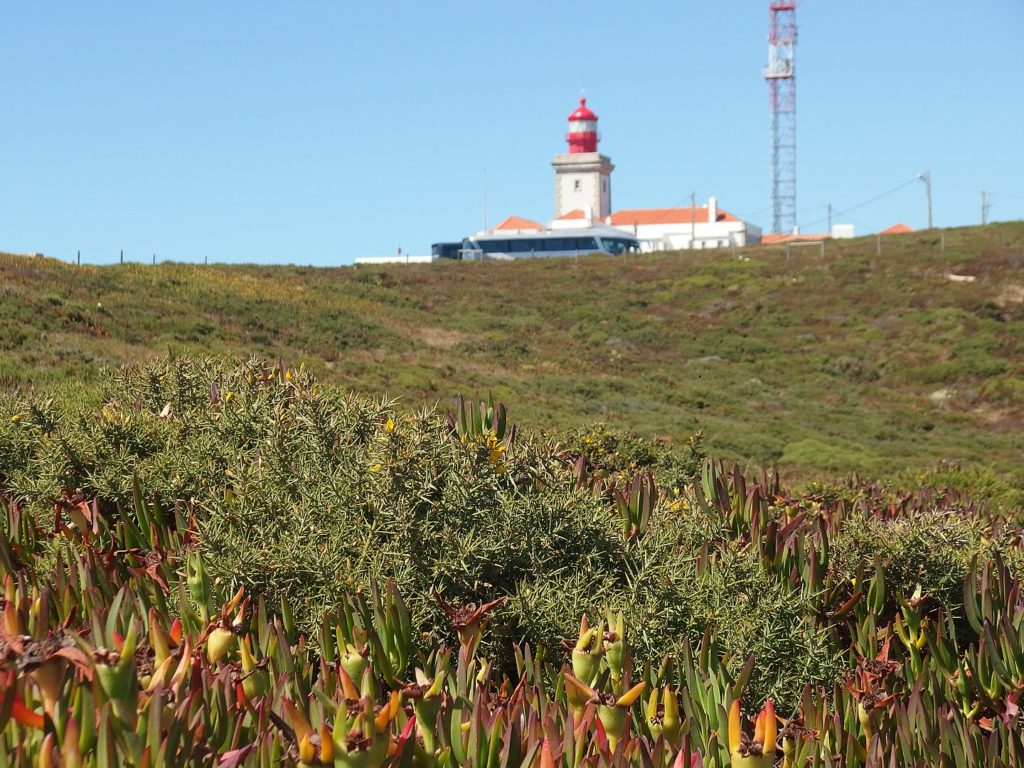 The lighthouse is located 165 metres above the Atlantic Ocean. It is located in the civil parish of Colares, in the municipality of Sintra.

This lighthouse is on an outcrop that juts out into the ocean, made up of granite boulders and scattered limestone.

It is a third-order lighthouse and it began operating in 1772. This lighthouse was the first new purpose-built lighthouse in the country.

Previous lighthouses were constructed on existing platforms or from pre-existing beacons.

Junta Geral da Fazenda do Reino proposed the construction of the lighthouse on 1 February 1758.

This was one of the six lighthouses constructed throughout the country to assist seamen.

3. The lighthouse is 22 metres tall

The lighthouse stands 22 metres at its base. In addition to the main tower, the complex has nine other buildings.

Before the lighthouse was connected to electricity, there were people tasked with maintaining the lamp, they had to live close to the lighthouse.

They stored valuable equipment Acetylene that was necessary to run the torch.

The lighthouse is on the safest position on the Cape. 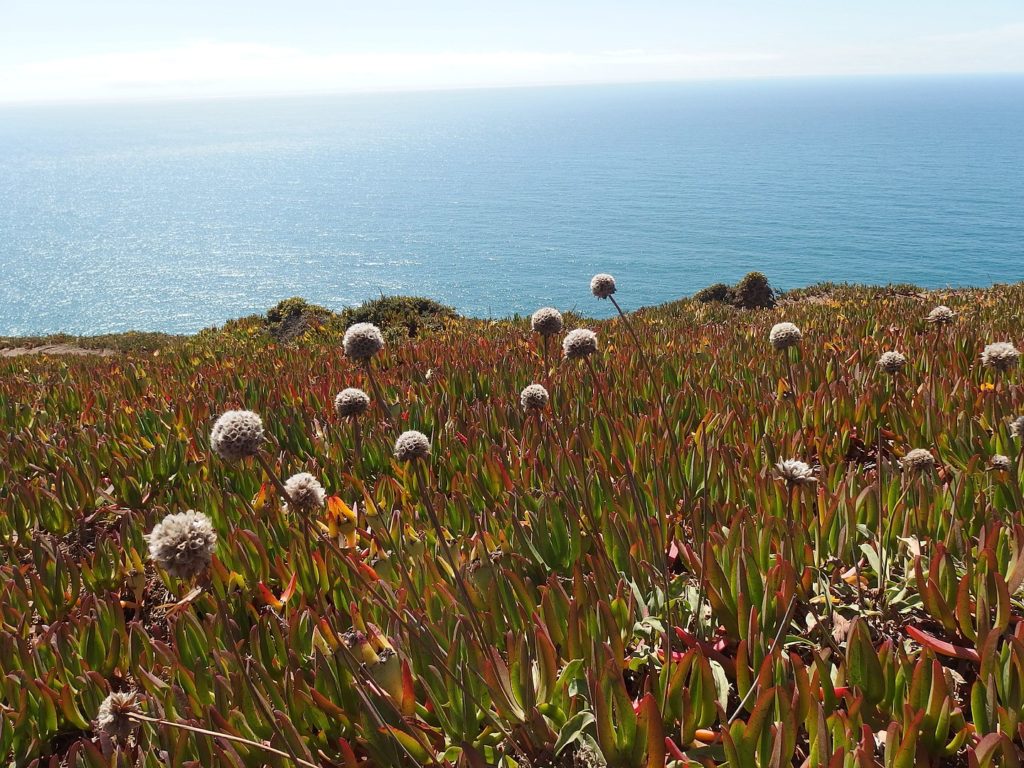 As you set off to Cape Roca, brace yourself for the most magnificent views of the sea and beyond. It has incredible viewpoints.

There are rugged cliffs with waves crashing at their feet as well as small beautiful beaches. The trails are well marked, be careful not to steer off the marked path.

One thing to note is that there are strong winds on this side of Sintra.  visitors flock here to marvel at the splendid sunsets.

5. There are hiking and cycling trails at Cape Roca 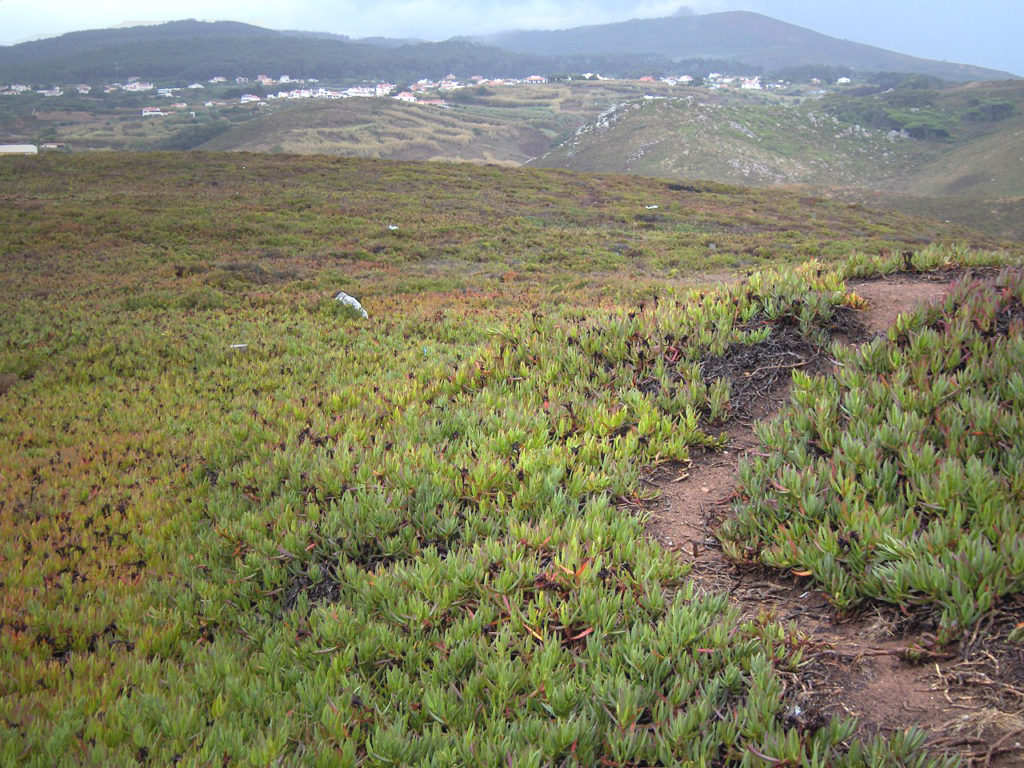 Cape Roca area is part of Sintra-Cascais Natural Park. This means that nature and trail lovers can get to enjoy very scenic walks.

Since Cabo da Roca is right by the coastline, there is also a mix of fun activities like hiking or cycling on the designated trails.

You can choose from beginner-friendly to challenging trails depending on how fit you are. There are short and long routes to explore.

Other than Cape Roca, you can visit the nearby forest of Serra de Sintra. It offers a breath-taking view of Guincho beach and Lisbon’s skyline.

Throughout the walk, your eyes will be feasting on amazing views of the cliffs and the beaches of Adraga and Ursa.

6. There are different ways to get to Cape Roca

Exploring the cape will take about half an hour to an hour.

One of the least used routes to Cape Roca is walking through the cliffs from Cascais. Along the way, you can spot different species of birds like Dartford warbler, stonechat, red-legged partridge and crested lark.

7. The stone monument at Cape Roca has a poem written on it

While at Cape Roca, you will see a stone monument with a cross on the left side of the headland.

The stone is engraved with a short poem by the famous Portuguese writer Camões. Although written in Portuguese, it loosely translates as where the land ends and the sea begin.

It also has the coordinates of Cabo da Roca, it’s sea level altitude and the famous label “the most western point in the European continent”.

8. The granite boulders are a sight to behold

As you take in the views at Cape Roca, you will see the stunning granite boulders and sea cliffs along the coast.

The huge granite boulders got their shape and form from being constantly washed by the waves and the wind.

Many migratory and sea birds roost temporarily along the cliffs and protected coves of the coastal area. 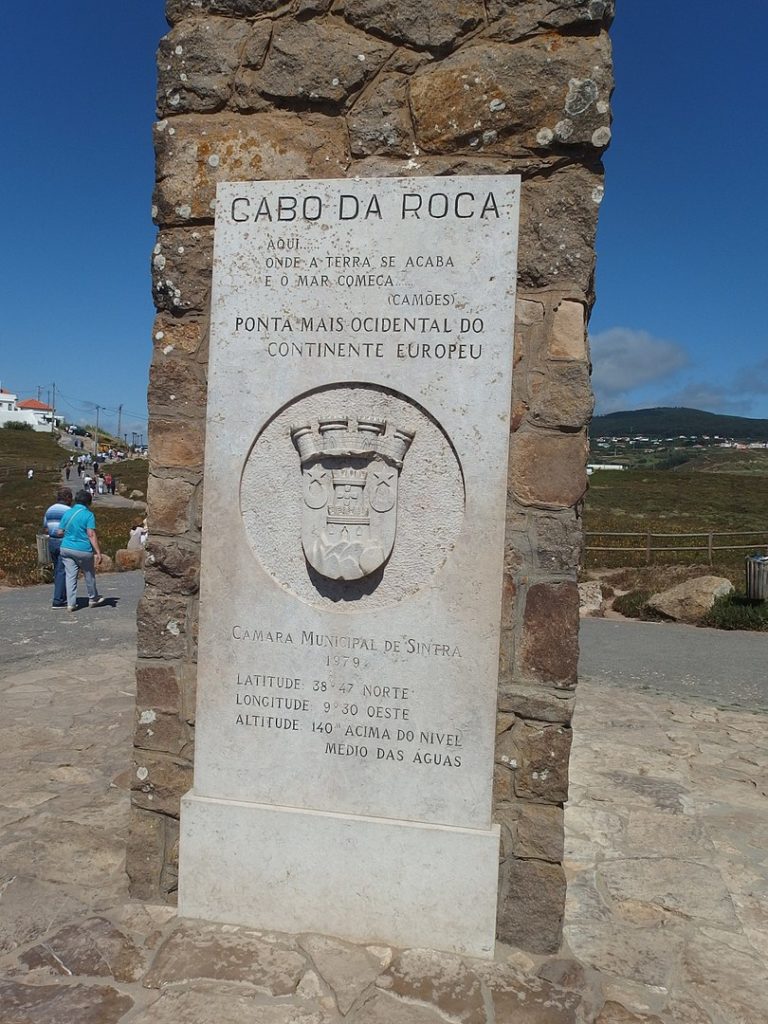 Cabo da Roca was dedicated to Peace in 1999 as part of the “Sri Chinmoy Peace-Blossom Project”.

The peace project has been taking recognition of oof significant landmarks around the world since 1986.

There are over 900 landmarks around the globe and one is Cabo da Roca.

10. Entrance to Cape Roca is free

Cape da Roca attracts thousands of tourists annually. What’s more, is there are no entrance fees to visit this place.  The place offers different views and space to walk as well as take photos.

there is also a cafe-restaurant where you can relax for a while and have a drink.