Things to do on Lisbon’s Pink Street 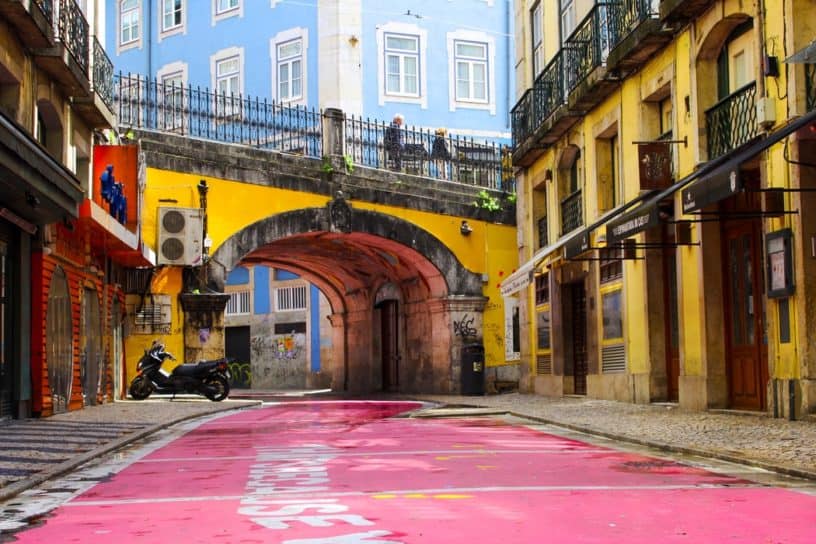 Things to do on Lisbon’s Pink Street

There are many streets in Lisbon’s city center that will catch your eye the minute you stroll past them. Usually this is because of colorful tiling, interesting architecture or the subtle beauty of three story high washing lines blowing in the wind.

The Rua Nova do Carvalho is a street you’ll inevitably pass as you wander the city center, whether on a free guided walking tour or a self mission. It won’t catch your eye for any reason other than the bright pink hue of the streets tarring.

This is Lisbon’s famous (or infamous) pink street. It’s not going to come up on Google Maps by that name however, “the pink street” is what it’s known as amongst the locals of Lisbon; it’s half an interesting role in this community for decades. 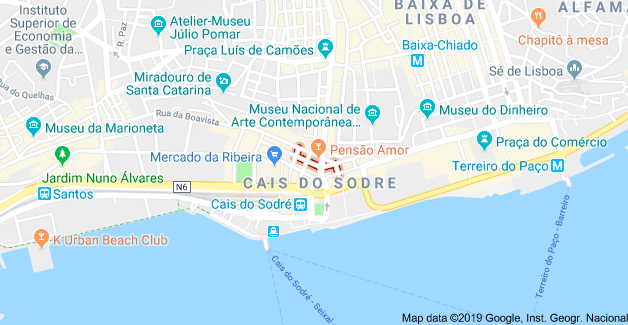 Lisbon’s pink street used to be Lisbon’s official red light district. A road full of sleazy bars and bustling brothels, frequented by sailors and soldiers who would dock in Cais do Sodre on the coast.

The street was transformed in 2011, when all of the questionably businesses were closed down and spaces put up for rent by whomever was interested. It’s now an intricate part of Lisbon’s nightlife, filled with bars, restaurants and dance venues. 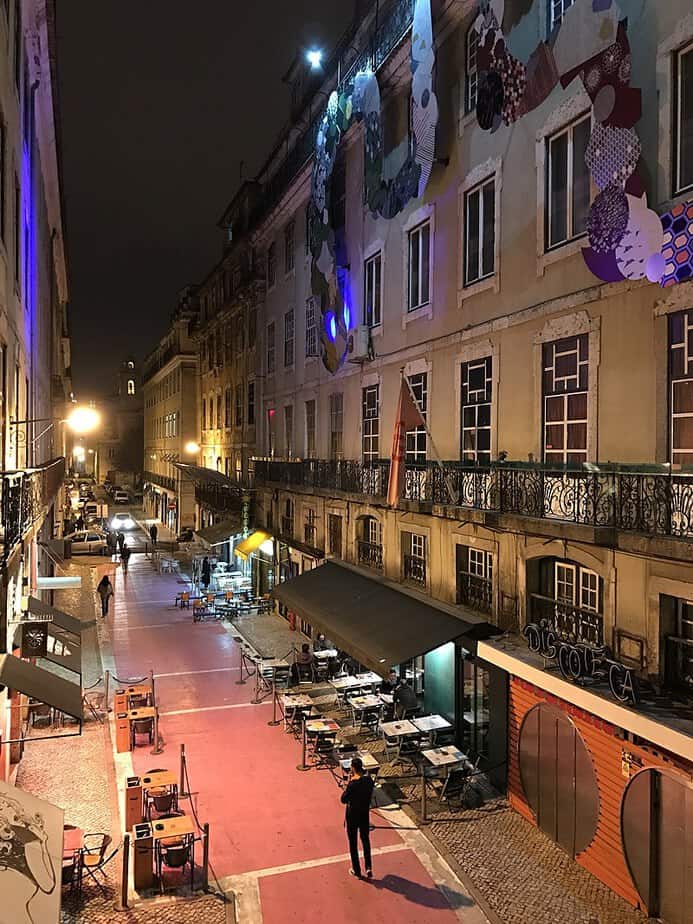 The Portuguese have an affinity for canned fish, and while I can’t say I share the same palette, anyone looking for a fabulous rendition of this dish would do well to try it at Sol e Pesca.

Their seafood menu is actually great, and extremely affordable since this is one of few restaurants on this strip competing with bars full of alcohol for people’s money. Affordable food is the only way to survive. 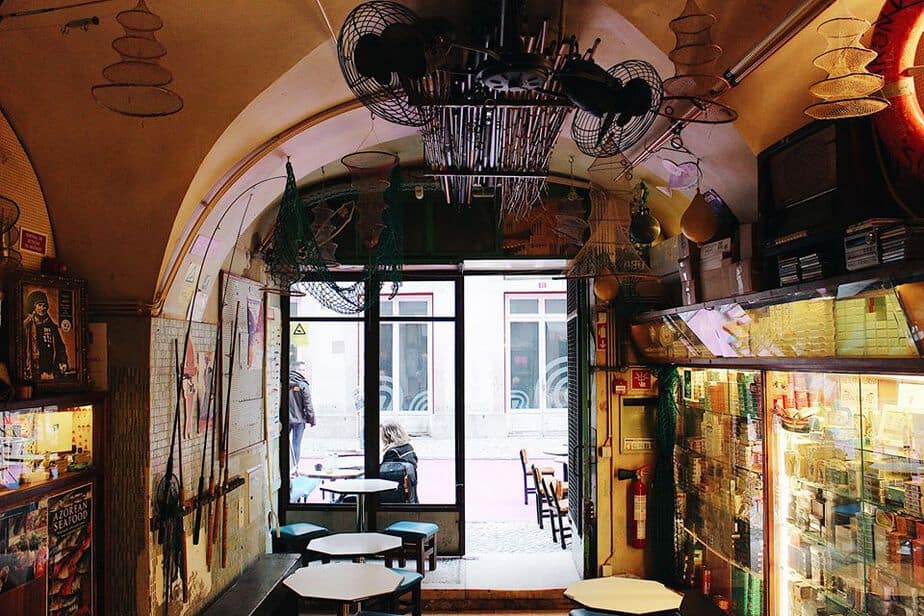 They also have a great wine menu that they will pair to dishes for you. They play ambient music throughout the evening, and late night dining is available until 2am.

Opening Hours: Monday to Sunday – 12pm to 2am

There are many spots on Lisbon’s pink street where one can hear live music. The Music Box is my personal favorite, mostly because the locals like it enough to brave the crowds of tourists too — which means a more diverse and interesting crowd.

They host gigs every night of the week, ranging between up and coming Portuguese bands to international visitors. The genre of music also changes depending on the night; the even have the occasional jazz evening. 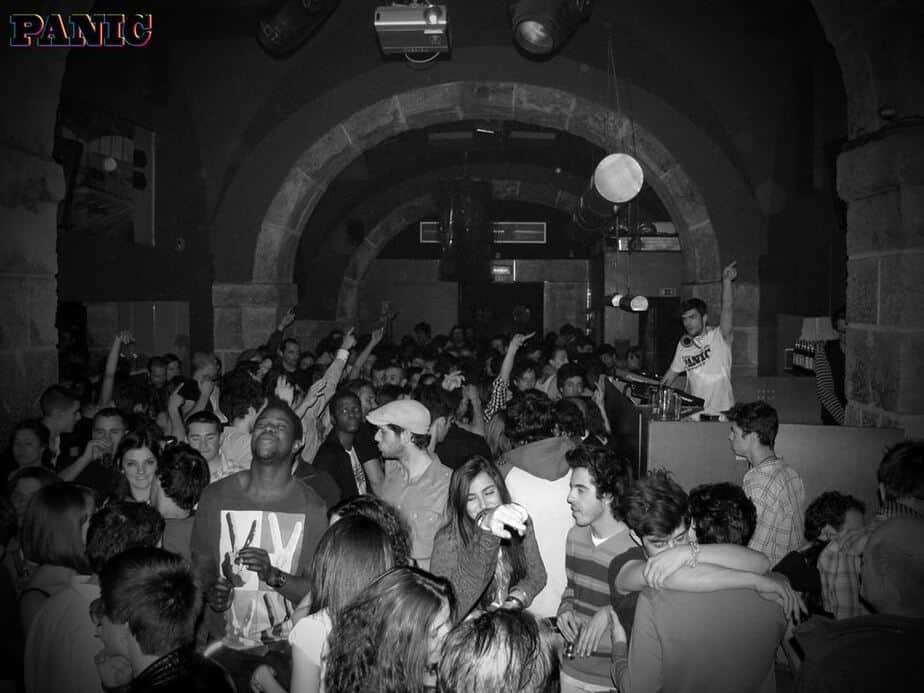 The best part about The Music Box is that they are open until 6am! The later sets are usually taken over by DJs.

It’s €15 to get into the Music Box. Before that puts you off, this fee includes your first two drinks; which makes it a small price to pay to see live music in the Portuguese capital.

Opening Hours: Monday to Saturday – 11pm to 6am

The bars on the pink street are a mix of laid-back “lets get wasted” sort of spaces, and slightly classier “let’s sip a cocktail and talk about the universe” establishments.

Espumantaria do Cais would be the latter; a lovely little cocktail and wine bar that also serve tapas until 4am, seven days a week. 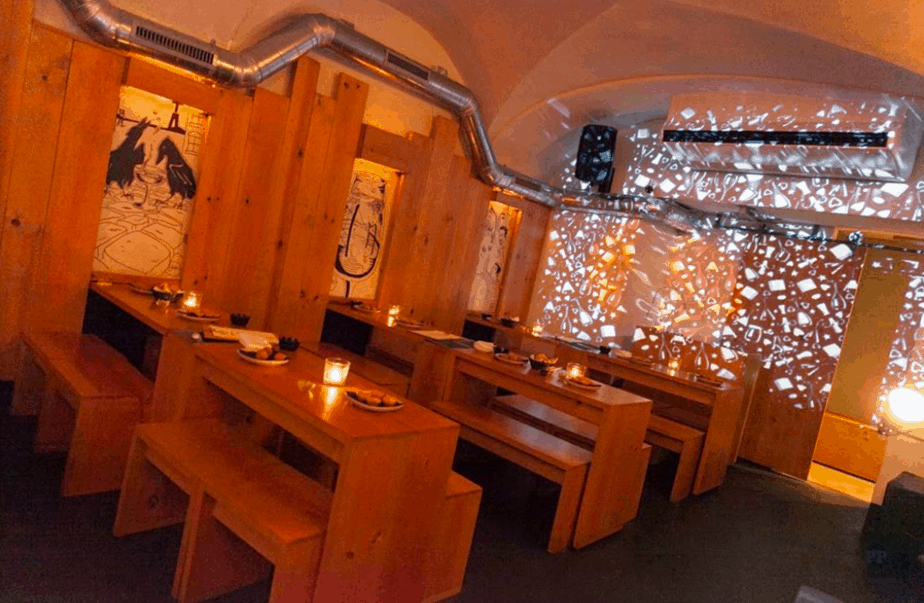 It’s a trendy spot on the famous pink strip, with an outdoor seating section that lets you take in the summer air while people watching the chaotic rest of the road. You can purchase a bottle of wine for €8 at Espumantaria do Cais; I’m sure I don’t have to tell you what a bargain that is in the center of Lisbon.

Opening Hours: Monday to Sunday – 7pm to 4am

Those two types of bars I mentioned previously? Viking Bar falls under the former; the get wasted and blackout kind of Lisbon party scene.

The space is interesting; it holds an old stage area just off of the dance floor, with booths surrounding the space. It is known as Lisbon’s go-to spot for anyone celebrating a bachelor or bachelorette party while in town. 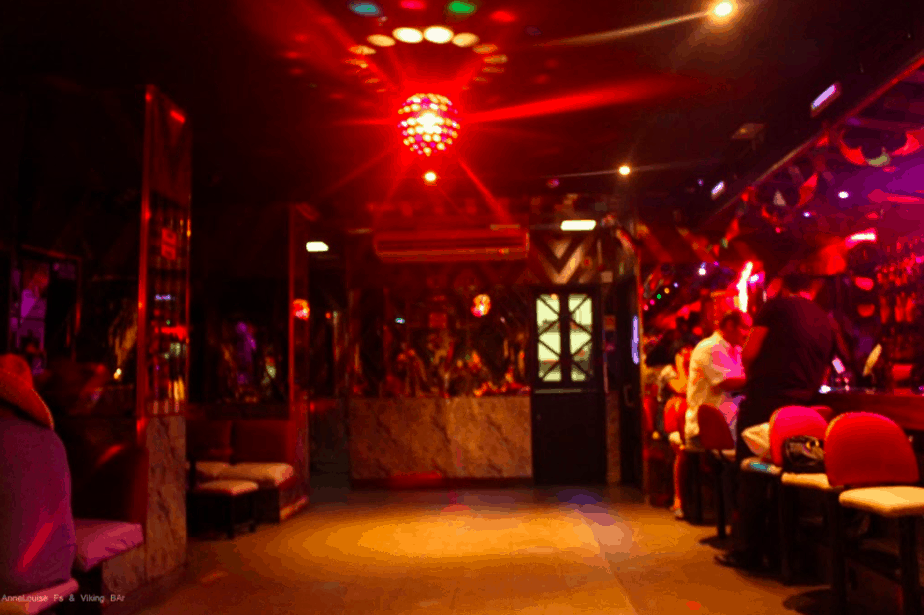 Drinks are cheap, music is fun (hits of the 90s — mostly) and they wont kick you out until six in the morning. There is also no cover charge to get into Viking Bar, another high point for penniless travelers.

Opening Hours: Monday to Saturday – 11pm to 6am

Dance to 80s Music at Europa on Lisbon’s Pink Street

Europa is a bar/nightclub hybrid on Lisbon’s pink street on the eastern side closer to Chiado .

It’s the most fun I’ve found on this strip, mostly because the parties are always themed and usually include all the hits from the 70s and 80s. It’s a noticeably different vibe from the rest of the dance clubs on this road; people come for the music, and less for the cheap drinks or late closing time. 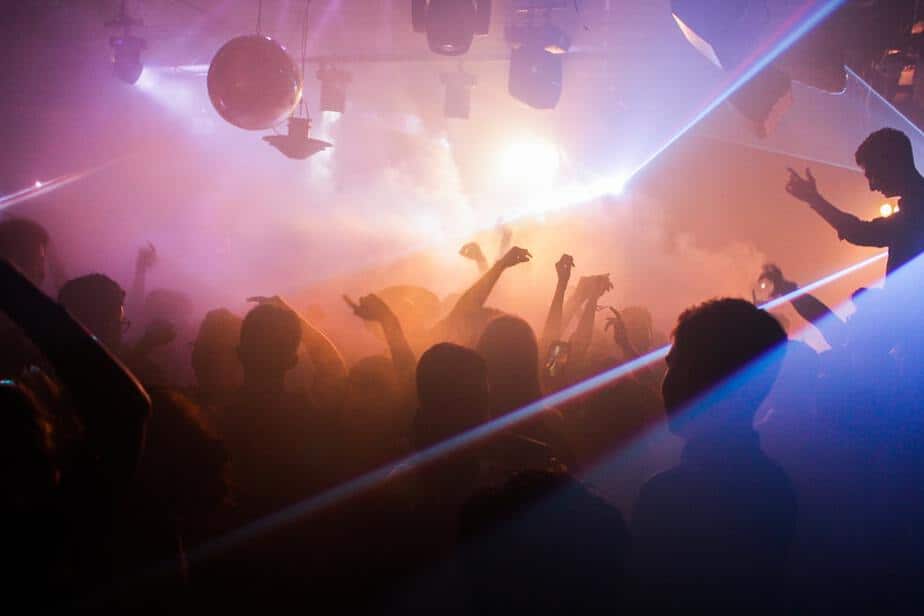 The quality of the venue allows them to charge a €6 cover fee at the door, and it’s worth every cent. Your entrance fee includes two free beers or one hard tac drinks. Please remember that Europa do not have credit card facilities at all, both at the door and inside; you will have to pay with cash at all times.

Opening Hours: Monday to Sunday – 11pm to 4am