The Viewpoints of Lisbon 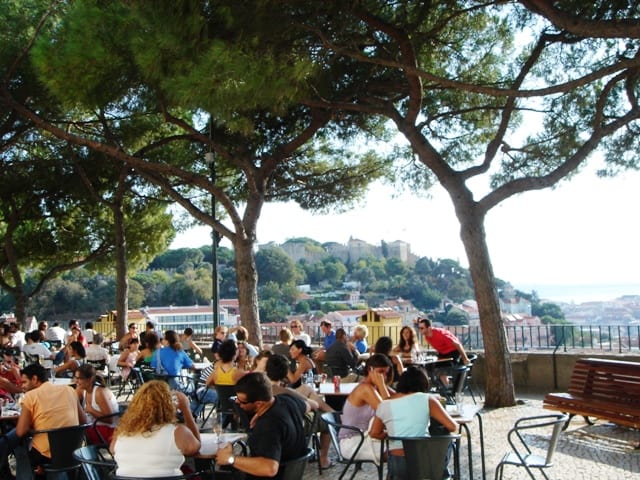 The Viewpoints of Lisbon

The exquisite natural terrain of Lisbon means that the city is built on and around a handful of hillsides bordering on mountainous terrain. Getting around Lisbon by foot is quite literally a workout; the streets wind both vertically and horizontally in a symphony of alleyways, stairwells, slopes and plateaus.

A hilly city means there are viewpoints all over the place from which to admire the elevated views. In Portugal these are called miradouros, and there are dozens of them within the city center. 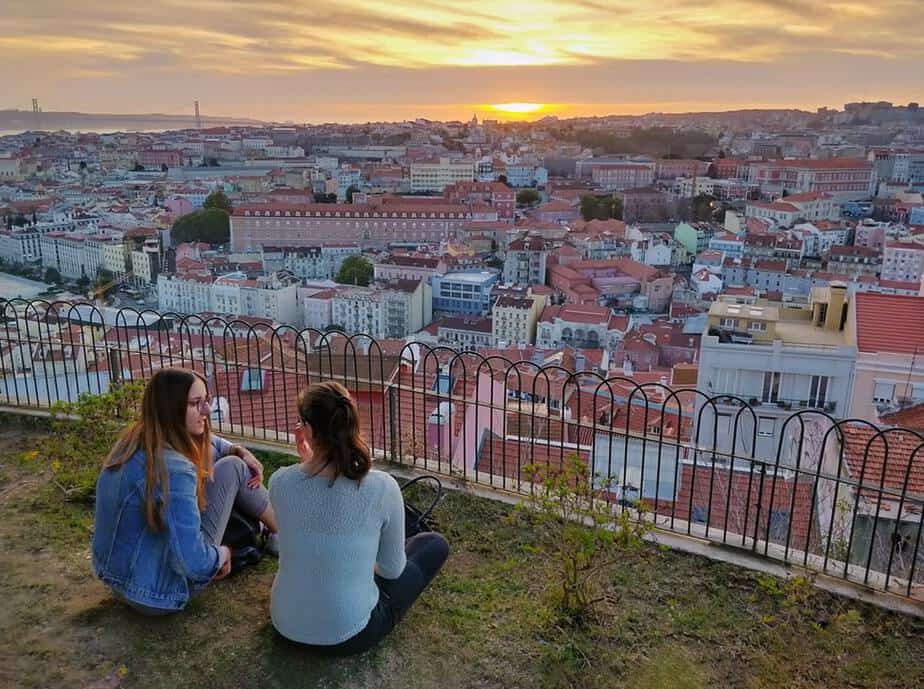 Most of Lisbon’s viewpoints are open to the public 24 hours a day and free to enjoy. Some are saturated with tourism pretty much 24/7, and others, the lesser known spots, offer intimate & private city viewing experiences.

The following are my fiver personal favorites, all for their own individual reasons. Shall we?

The One With the best view

Being the biggest and oldest neighborhood in Lisbon, the Alfama has more than just one viewpoint on offer .

Naturally, the further north one goes in Lisbon, the better view of the south they will have. The Miradouro das Portas do Sol is the Alfamas best known viewpoint and one of the most popular tourist attractions in Lisbon. It’s closer to the water and is always filled with visitors, vendors and street performers. 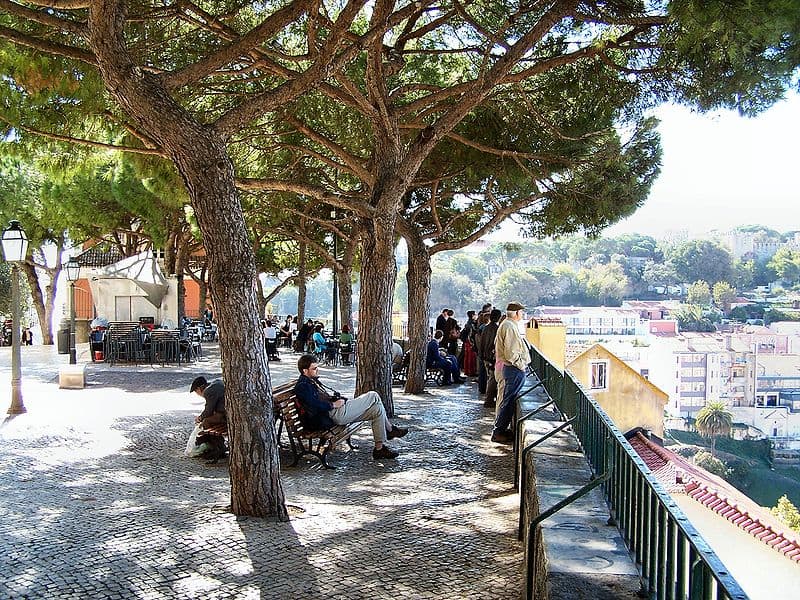 If you move further north, you’ll find the lesser known Miradouro da Graça. The view is far more panoramic and you can quite literally pick out most of Lisbon’s biggest attractions on the skyline.

I also love this viewpoint because it is one of the only ones offering natural shade thanks to the pine trees that tower over the cliffs edge.

The One where you can have a drink

After a busy day of shopping, sight seeing and free guided walking tours through Chiado/Bairro Alto, the last thing anyone wants to do is have to catch another metro just to get somewhere to watch the sunset and have a drink.

The Miradouro de Santa Catarina is nestled in the south most strip of Bairro Alto, at the top of a hill that inclines through the district. 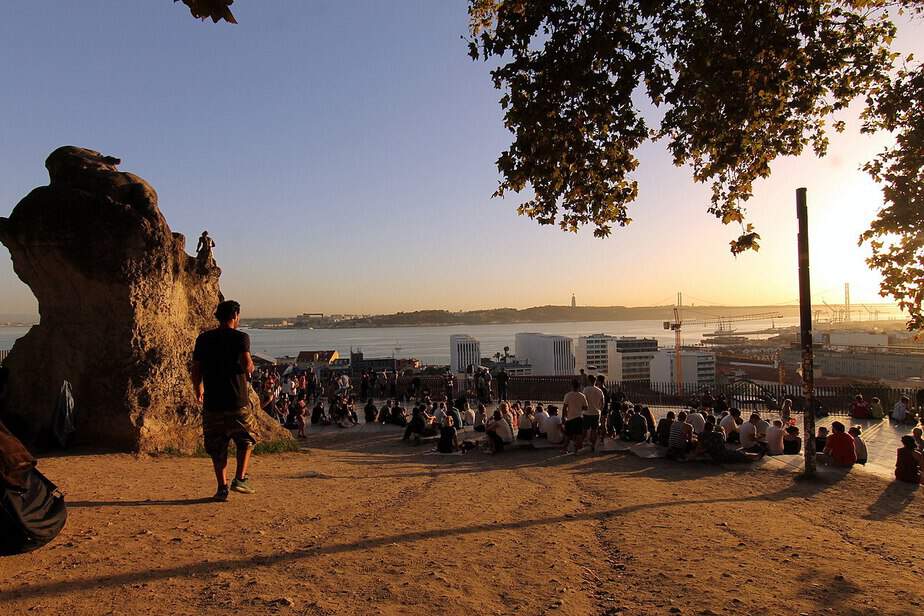 It’s not the widest, most panoramic view you’ll have over Lisbon; but it is the best one for a view over the Tagus and 25th of April bridge.

The terrace serves refreshments while playing Bossa Nova in the background. It’s the end of day ritual you probably envisioned for Lisbon before you arrived here.

The one that is best at night

You don’t have to catch a metro to get to this next Lisbon viewpoint either; it’s situated at the northern tip of Bairro Alto, while the last one was in the south.

It’s in the park right behind the beautiful Church of Sao Roque. Being further back you have a greater view over the tumbling rooftops of Chiado, Bairro Alto and Cais do Sodre, as well as some visuals of the Alfama down to the Tagus water. 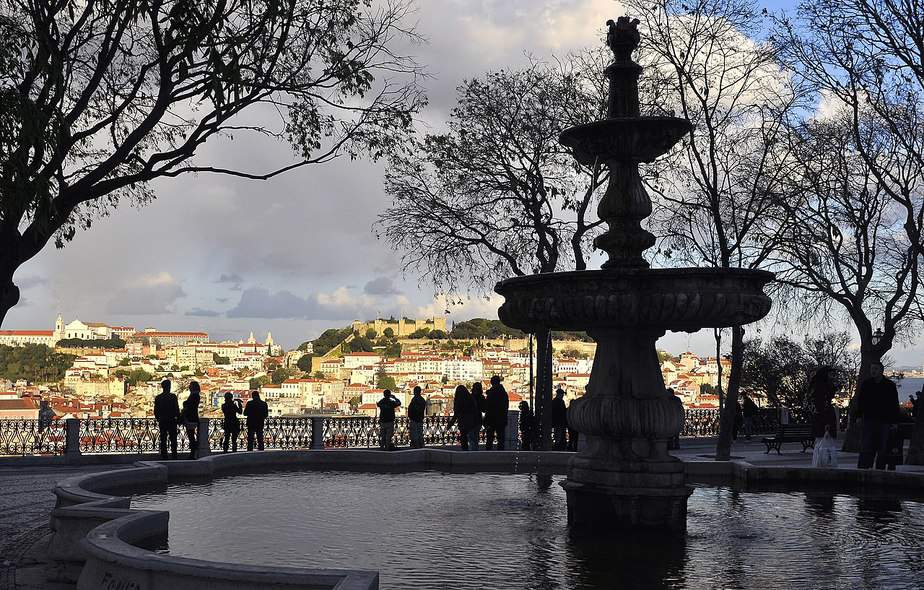 While all of Lisbon’s viewpoints are open throughout the evening, this one (in my opinion) offers the best balance between city lights and reflections off of the water and is best visited by night.

There are a few cafes and kiosks on the property selling snacks and refreshments.

The best one for a date

The Miradouro da Nossa Senhora do Monte is the highest point in Lisbon. It’s slightly north of the Alfama, boasting views of every major monument in the city as well as of downtown Lisbon through to Avenidas Novas.

Surprisingly it is one of the less visited viewpoints, largely due to its lack of infrastructure. It is known to locals as one of the most romantic of them all; an ideal spot to bring a lover or embark on a Tinder date while in the Portuguese capital. 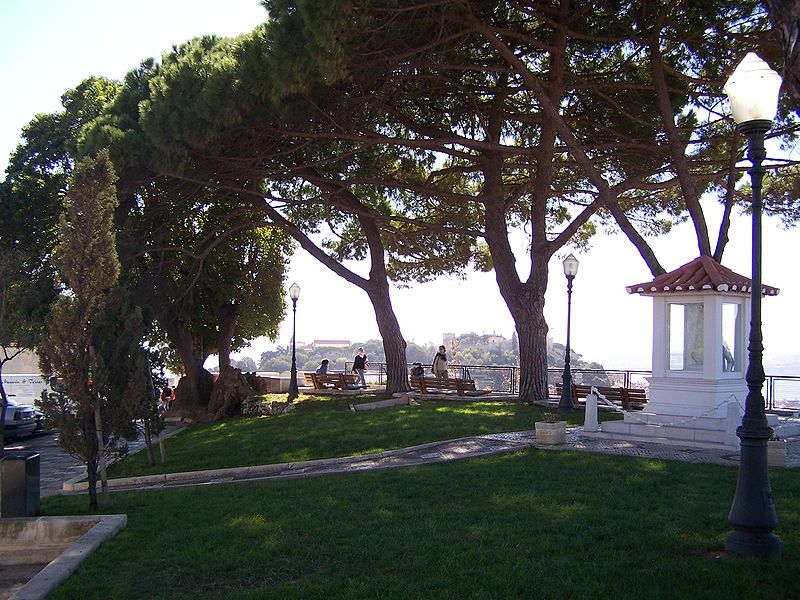 Prepare to take an uphill walk to get to this viewpoint. There is also a chapel on the grounds that is rumored to be a sacred spot for pregnant women; a prayer here is supposed to bring about a stress free, tranquil childbirth.

The Old abandoned one

This viewpoint technically isn’t one of Lisbon’s official miradouros, but it is one of the best spots to look over the city.

It’s about as far back as one can go while overlooking the lush forest, entire city center and Tagus waters. This viewpoint is situated in the Monsanto park, high up on a hill in an abandoned building.

This was once a very successful restaurant that was famous for the panoramic view that the cylindrical structure of the building was able to offer. Now abandoned and somewhat of a graffiti haven, visitors come daily just to walk through the old space and take in the visuals. 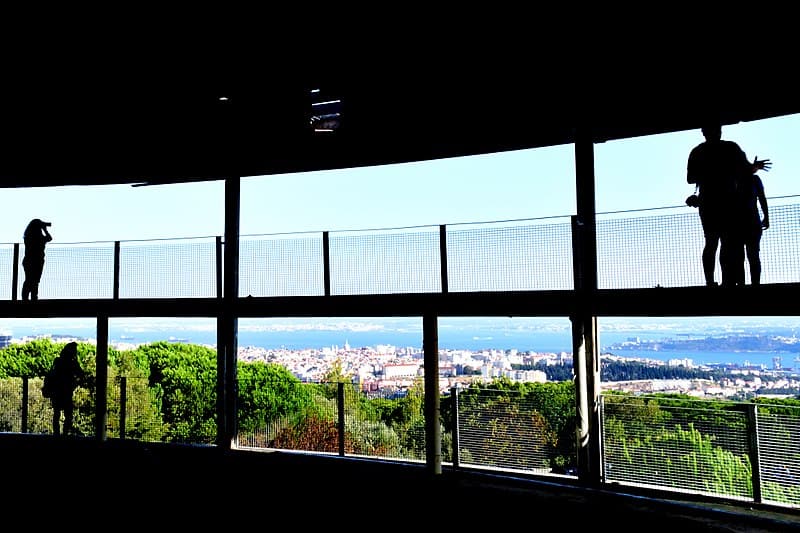 There are five levels to the building and it attracts all different groups of individuals from teenage gangs to elderly couples who makeshift picnic on the balcony. There is also a yearly jazz festival held in Monsanto.

Note that this viewpoint is not 24 hours like the rest, you’ll need to be out by 9pm.

Opening Hours: Monday to Sunday – 9am to 8pm