The Top Cafes in Chiado 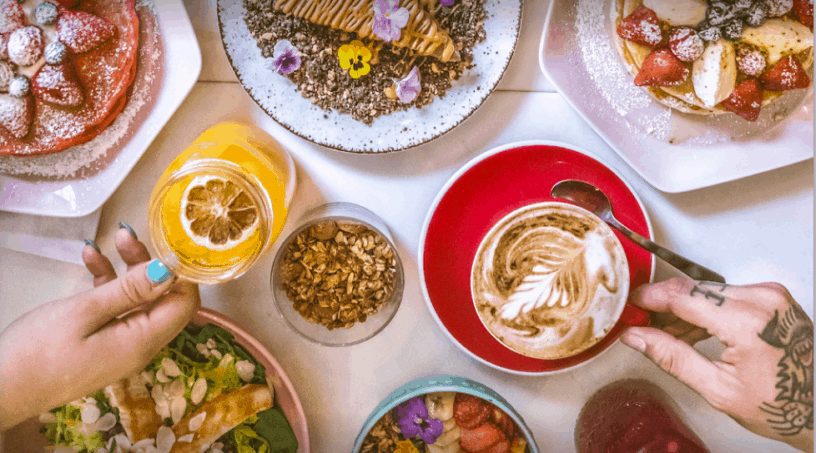 The Top Cafes in Chiado

Chiado is an inevitable part of Lisbon to land up in during your first time exploring the city. It’s right in the center of the city, and close to the waters edge, so any free guided walking tour or self venture to the center’s attractions usually pass through here.

It’s an endlessly chaotic part of Lisbon, with restaurants, retail stores, souvenir shops and street performers on every corner. 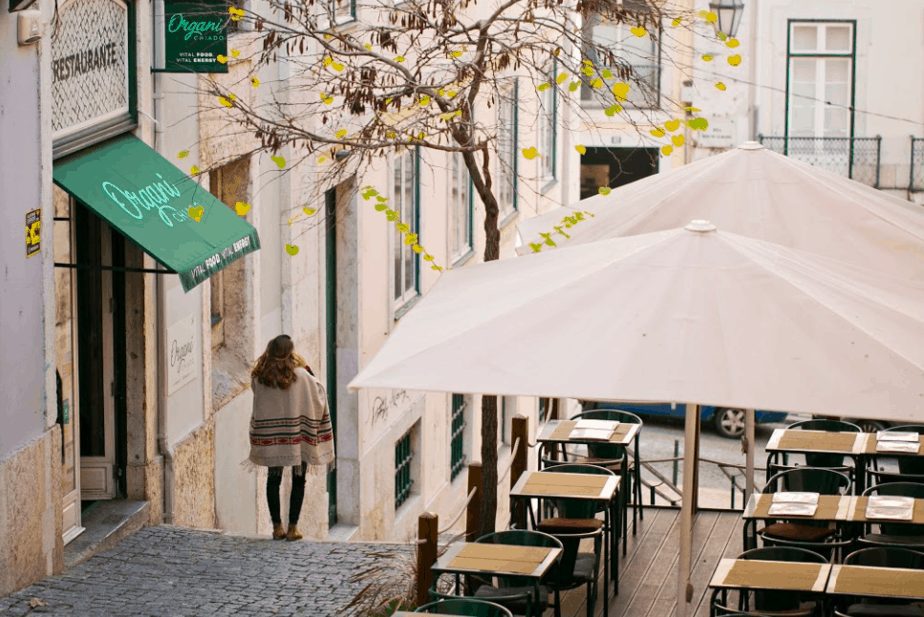 Most of the restaurants in Chiado are traditional Portuguese, with a few Italian spots here and there. My preference in cafe eating, so I’ve tracked down the very few yet the very best cafes that Chiado has to offer.

The Royale Cafe is a beautiful, country style cafe that thankful gets you off of the Chiado streets during your dining.

It’s tucked into an old building with an inner counrtyard; quite literally a hidden gem of the area.

The menu is fantastic. The perfect spot for a boozy brunch or dinner in the city center. They do pastas, salmon dishes, octopus mains and also offer Mediterranean style burgers. 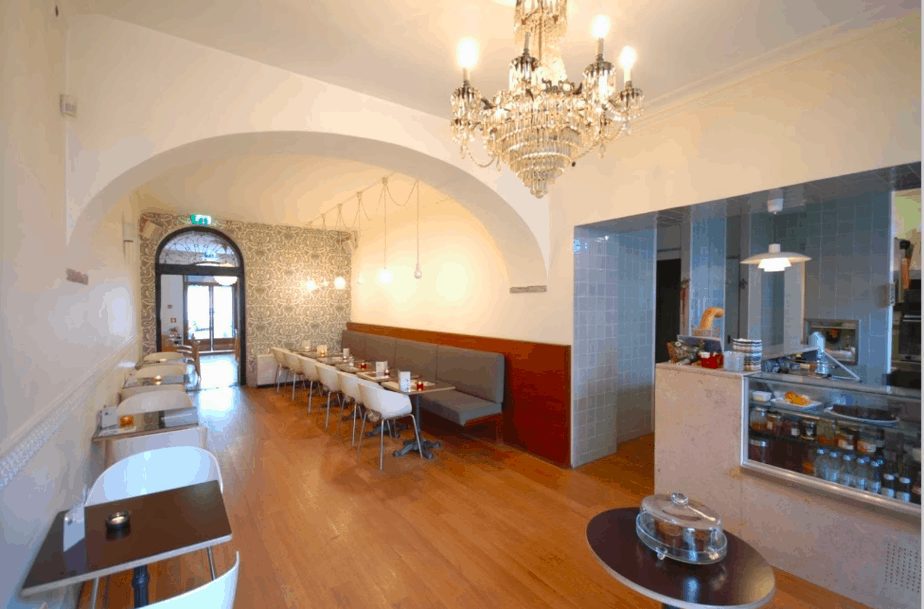 Their desserts are the real winners; the chocolate cake will probably bring you back to the cafe the following day, and the pavlova is a house favorite.

For cafe style easting in an area where this is not common, Royale Cafe really hits the mark every time. If you’re just looking for a spot for a quick coffee and cake before heading back out into the madness, this is the place to do that as well.

Nicolau Lisboa sits right in the cross section of the two busiest shopping streets in Chiado. The cafe is always full, and you should expect around a ten to fifteen minute wait regardless of when you arrive.

The wait is very much worth it, this is defiantly the best cafe in Chiado.

The outdoor tables would be the preference, though with the waiting list it’s hard to be picky about tables. 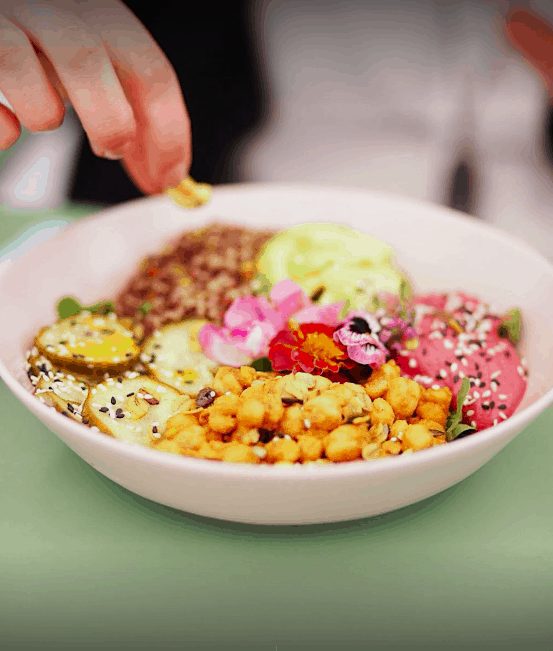 Their menu caters to vegans, vegetarians and meat eaters with a plethora of creative dishes. You’ll find everything from Buddha bowls to acai, burgers to fry ups, even French toast and fruit platters.

The cafe is also affordable, which is probably what adds to the hysteria around getting a table!

Also in the heart of Chiado, Organi is making waves through the streets as the place to eat whether you’re vegan or not.

The menu is entirely plant based, but executed in such a way that it is hardly noticeable. If the dish says creamy, it’ creamy. If it claims a meaty flavor, the flavor is spot on. 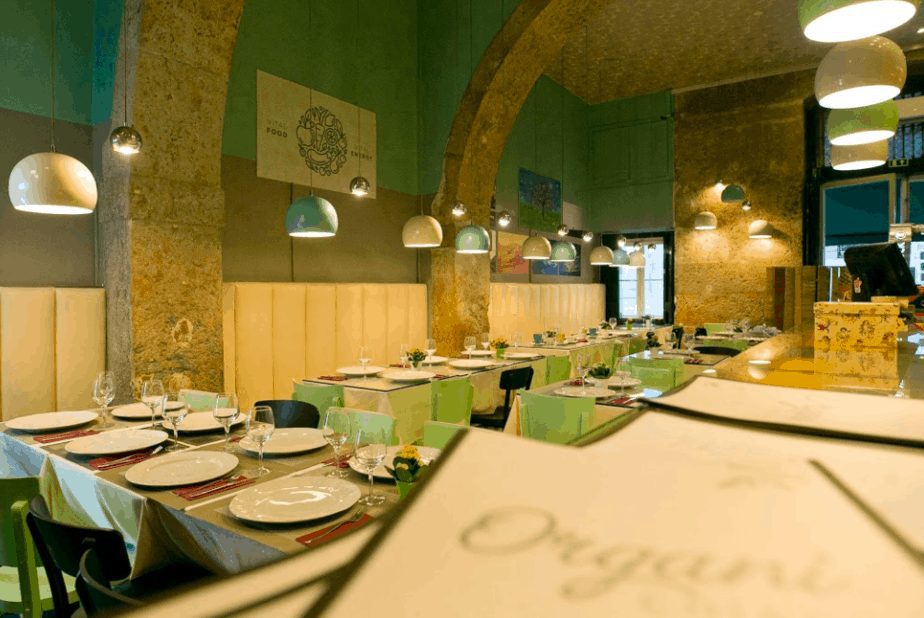 Lunch service at the cafe is highly enjoyable, you’ll choose from an array of dishes. Dinner can be done slightly differently, as the cafe offers course meal options deepening on the kind of experience you want to have.

Their most popular dishes are the lasagne and pecan nut pie; one as main, one as dessert. I like the black eyed bean burger; one of the best vegan burgers in Lisbon!

Kaffeehause is a wonderful German inspired cafe in the heart of Chiado, close to the Tagus waters . If you’re a fan of wors, you’re in for a real treat.

The cafe does all the regular dishes you’d expect from a morning through evening eatery in Lisbon; burgers, fruit bowls, toasts and scrambles. And then they have their specialty German wors plates as well. 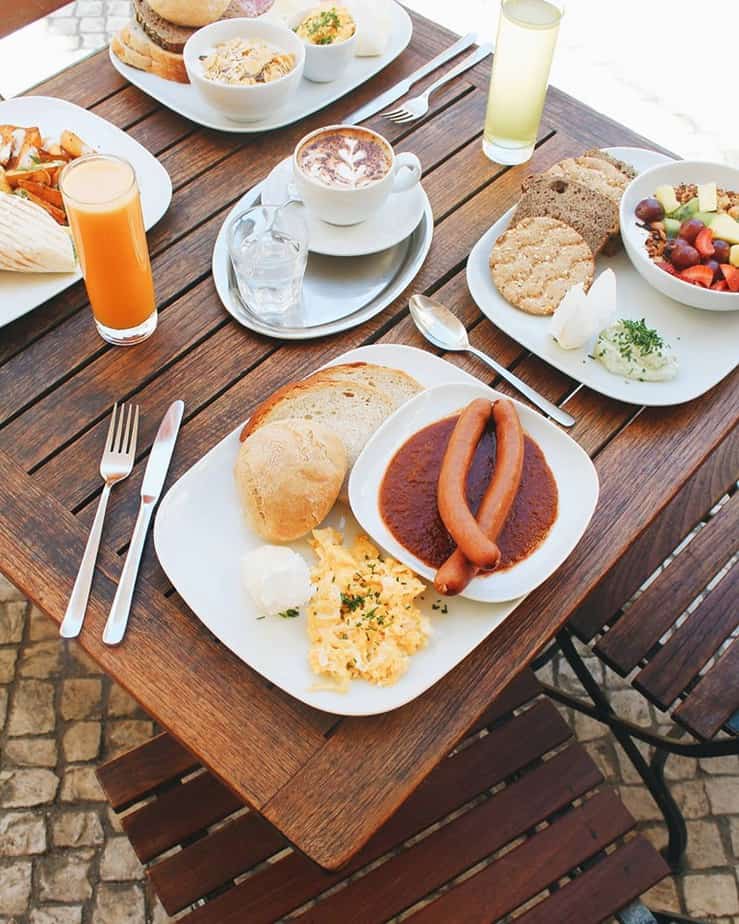 Kaffeehaus in Chiado – by Kaffeehaus – Uploaded by them

The portions are absolutely huge and definitely ideal for sharing, particular if you intended on a light lunch. Their toasted sandwiches and croissants are probably the easiest meals to stomach if you aren’t in the mood for something too heavy.

Again, they do great coffee!

Café No Chiado in Chiado

This establishment is slightly larger in scale than I usually like for cafe eateries in Lisbon, but if you sit at the outdoor tables you won’t notice as much.

All in all the food is good, service is friendly and the cafe is well located in a quiet part of the wild, wild Chiado.

Since Cafe No Chiado is open daily until 2am, dinner can get extremely loud and festive. Breakfast, brunch or lunch are far more spacious and calm; you will also rarely have to wait to be seated. For dinner you will need to make a reservation. 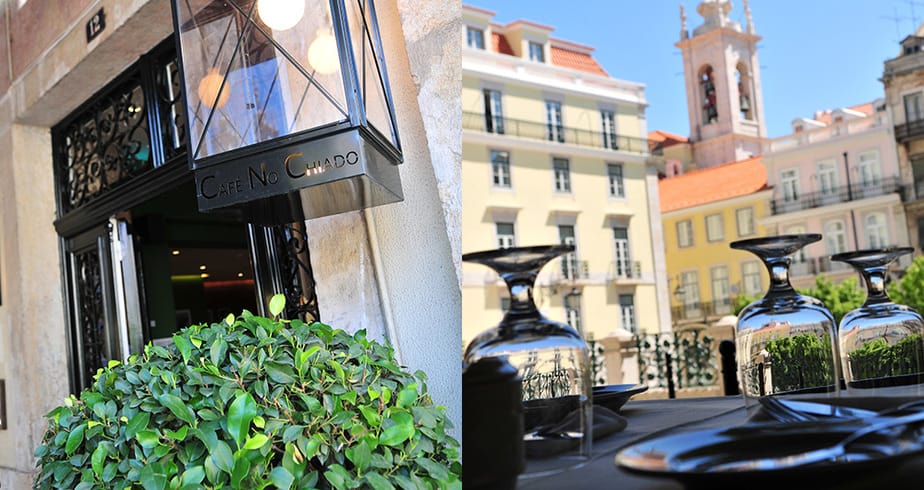 This is one of the only cafes in Chiado to serve bacalhau!

If you continue down the same street as Cafe No Chiado, toward the water, you’ll come to a small hub of pubs that offer karaoke in Lisbon’s center! The Bairro Alto bar district is also a short walk north of the cafe.

Opening Hours: Monday to Sunday – 10am to 2am