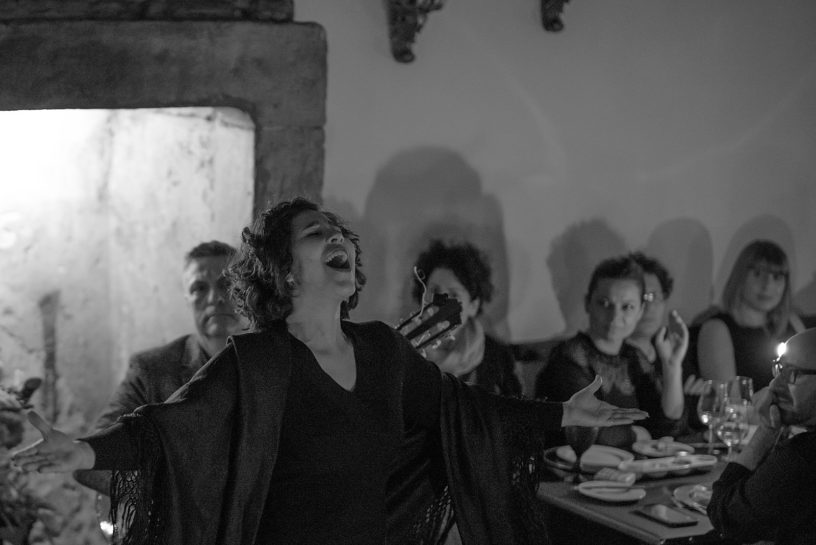 Your visit to Lisbon and fado music go hand in hand. You won’t be able to escape this attraction as you make your way through the Portuguese capital; and if this is the first you’re hearing of this art, you’re in for a treat.

Lisbon takes fado very seriously. Here’s what you need to know in order to fully appreciate the emergence of this musical genre in the modern world.

What is Fado Music

Fado music is a Portuguese singing performance that is most commonly staged in a cafe, bar or restaurant setting. This being said, today there are actually formal fado theaters in Lisbon where full shows take place nightly.

The genre gained quick popularity due to its overwhelmingly expressive and melodic nature. It’s a profound singing experience that is often interpreted as quite moving/heartbreaking to people who can’t understand the words. 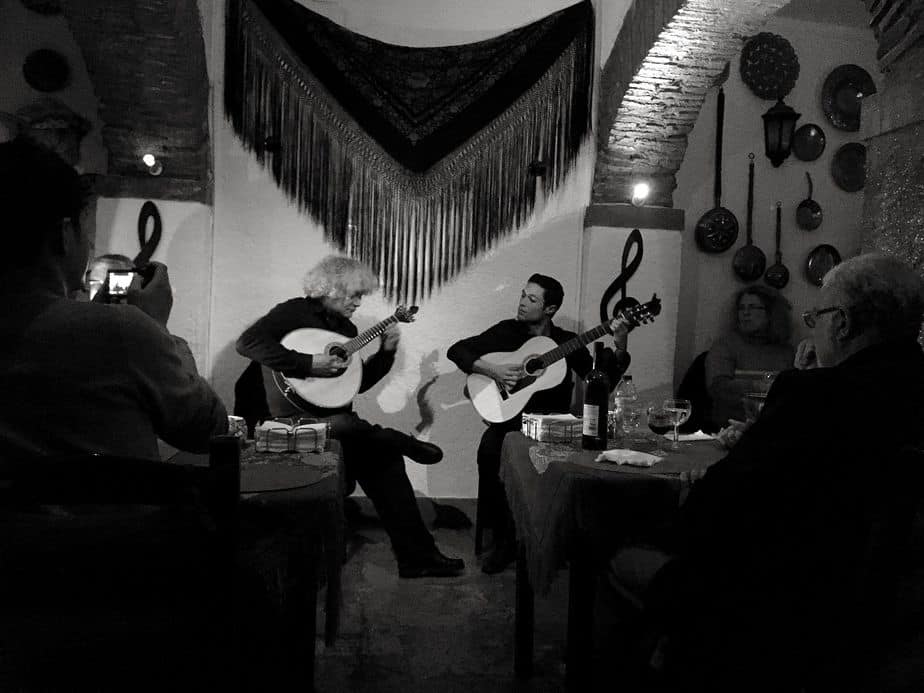 Listeners often express a feeling of loss or longing as interpreted by the emotive sounds.

Alongside the main singer, there are usually two 12-string guitars, a couple of violas and a bass of sorts in the band supporting the show. The amount of instruments used in fado, however, is entirely open to interpretation and it is also not uncommon to find a singer accompanied by just one guitar.

Fado is a haunting musical art. The word itself directly translates to “fate”, and is indicative of the emotion that the performances seek to draw out of each listener. Fate being the very melancholic notion keeping us all afloat in life.

It is very difficult to trace the exact origins of fado music in Portugal. What we do know is that it emerged sometime during the 1800s as a response to the many dangerous sea voyages that Portuguese citizens were subjecting themselves to in search of new worlds.

This was a time of great discovery but great risk for the people, and it is believed that the sailors, bohemians and courtesans took part in singing & dancing rituals in order to lighten the load of the times. 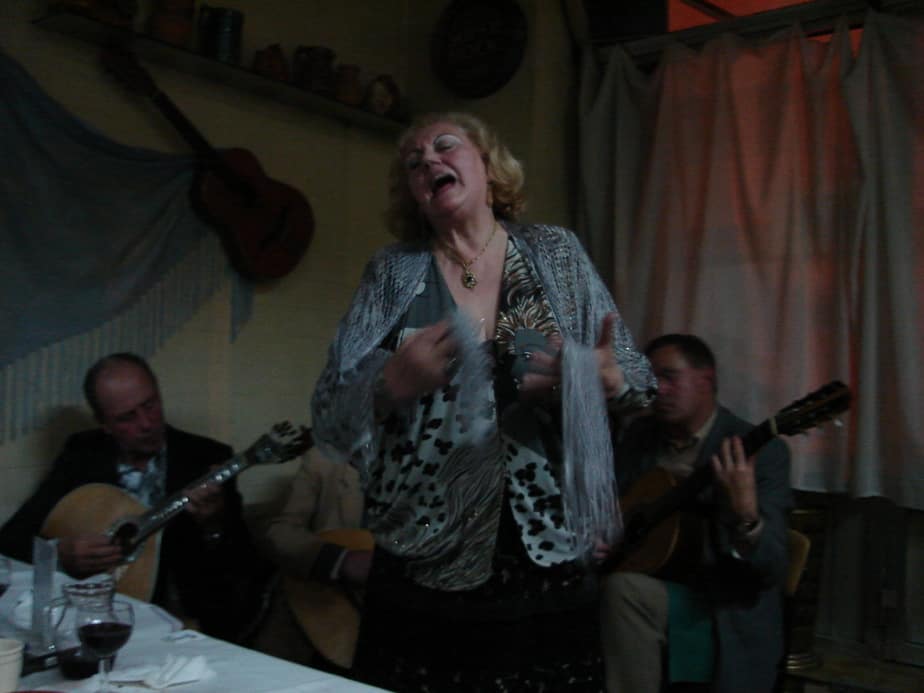 Fado is believed to have first appeared in Lisbon post-1840. The sailor bars in the Alfama were the first spots where male-singers would take to the stage and perform for whoever would listen.

It was only when female singers began taking to stage that the working class people of Lisbon at the time became the target audience for the performances.

Being a fado singer became a sought after profession for emerging artists in the Lisbon community. The neighborhood of Mouraria is known to have birthed many of the most successful early fado singers in the city, and if you visit Mouraria today you can still find many odes to them exhibited through street arts. 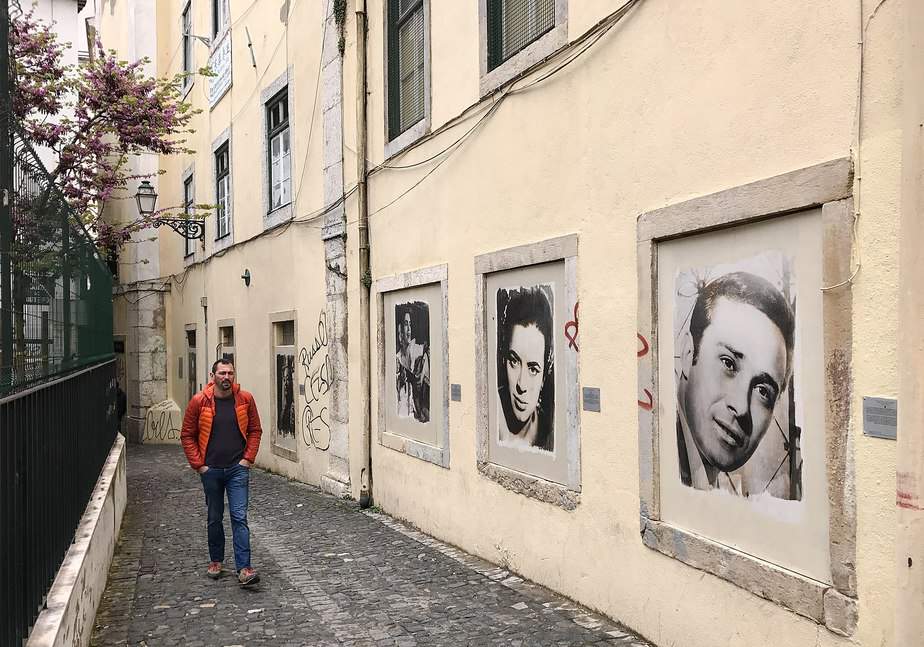 It’s important to note that there are two main variants of fado music. Essentially this just means two different styles: Lisbon and Coimbra.

Lisbon fado is rooted in marginality and transgression. This style of fado was popular in the late 18 and early 1900s, and was reflective of the times; heavy reigns of censorship that caused changes to urban entertainment.

Fado of these times found success mostly thanks to Lisbon’s radio stations that were able to distribute the sounds to the country. The main sources of these performances took place in the bars that attracted sailors and prostitutes. 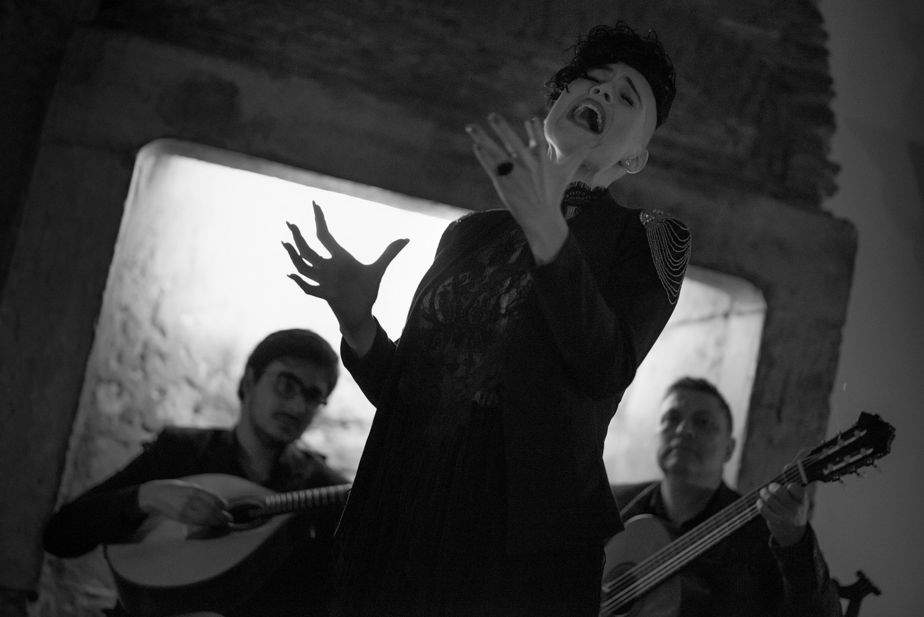 Lisbon fado is customarily sung by female singers. It is incredibly mournful, soulful and emotive.

Coimbra fado originated via the traditions of the University of Coimbra.

Usually sung by male performers, the art was thought to be a form of “wooing” of the female students of the university.

Keeping to tradition, Coimbra Fado performers will still dress in traditional university robes and capes during each performance. It is said that Coimbra is a form of fado intended to appeal to upper class folk with formal educations; something not everyone in Portugal had access to during these times. 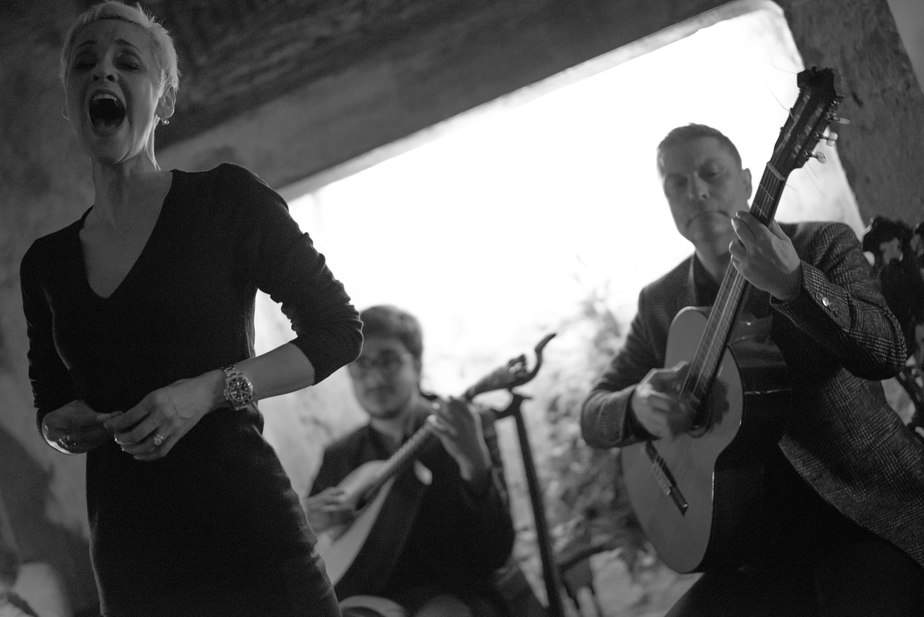 As I said, your visit to Lisbon will not be without at least one fado experience at some point in the city center.

While Mouraria in the north might have been the birthplace of most of the performers, there is money in the tourist-hubs, so all of the entertainers flock down to the Alfama and Bairro Alto to put on their shows.

As you make your way through the streets of these historic neighborhoods you’ll see signs for fado performances every few meters. Most included dinner, but there are also bars that offer the experience.

The bars and restaurants that offer fado to tourists will usually charge a few euros per person to each bill as a cover charge for the performance. This fee can reach up to €15 so don’t be alarmed to find it when it comes time to pay; ask before if you are on a budget! 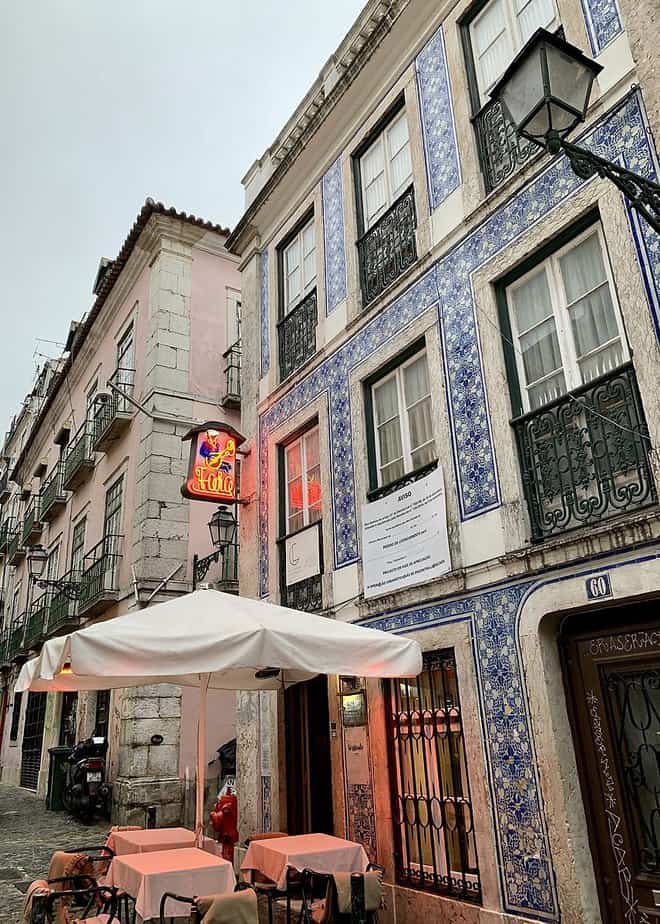 If a bar or sit-down dinner doesn’t interest you, but you’d very much like to experience the tradition, take a look at the schedule at the Fado in Chiado theatre in the city center.

This fado theatre is situated in the heart of Chiado and offers formal, nightly performances in an area setting. They bring in the best fado singers from all over Portugal, and performances are staged with motion pictures screening behind the band, making for a full sensory experience.

For some great fado venues in Lisbon, click here. To read further about some of the most important fado singers of all time, click here. For free guided walking tours before or after your fado show, click here!