The Best Street Food in Lisbon 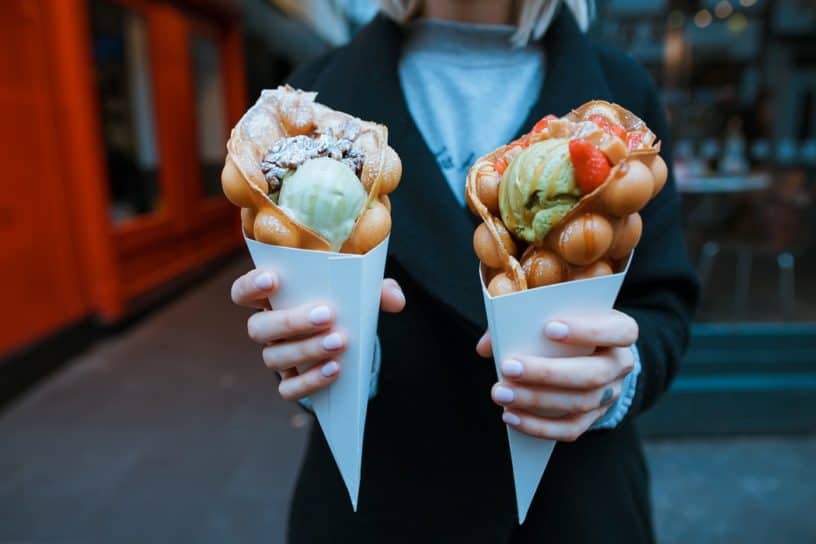 The Best Street Food in Lisbon

The concept of street food continues to allude me the more I encounter it around the world.

I used to be under the impression that street food was, no surprises here, food that you could by on the side of the street and eat accordingly. Buying food in markets would also constitute as street eating, so these qualified as well. 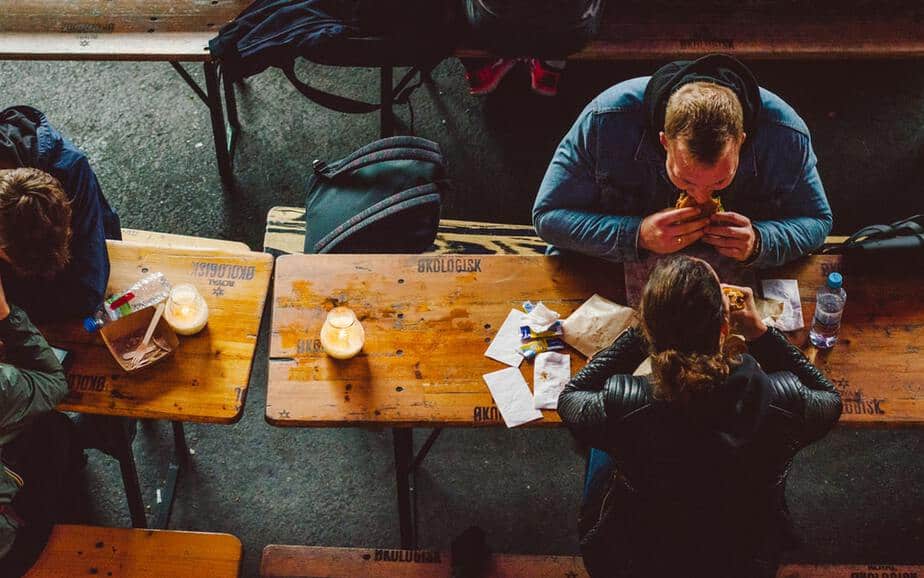 Across Europe there are now actual restaurants that are classified as street food. Which eliminates the presence of a street entirely; is this not just then food?

I’ve learned that street food is any casual kind of dining where most of the food is ready made and ready-to-eat; not requiring any formal seating arrangements or plating to be enjoyed. These foods can be sold on the street, from food trucks or from actual restaurants so long as they fit the “street food” criteria.

To my delight this trend has take off all over Lisbon, making it one of the best cities in the world for street food eating.

Chirashi: a nightmare to get to from the city center but an absolute gem of Japanese street food!

Making the trip up north for this dining experience is worth it at least once during your time in Lisbon. If you’re planning on visiting Lisbon’s aquarium at all, you could stop by here en route home as it’s somewhat in the same direction. 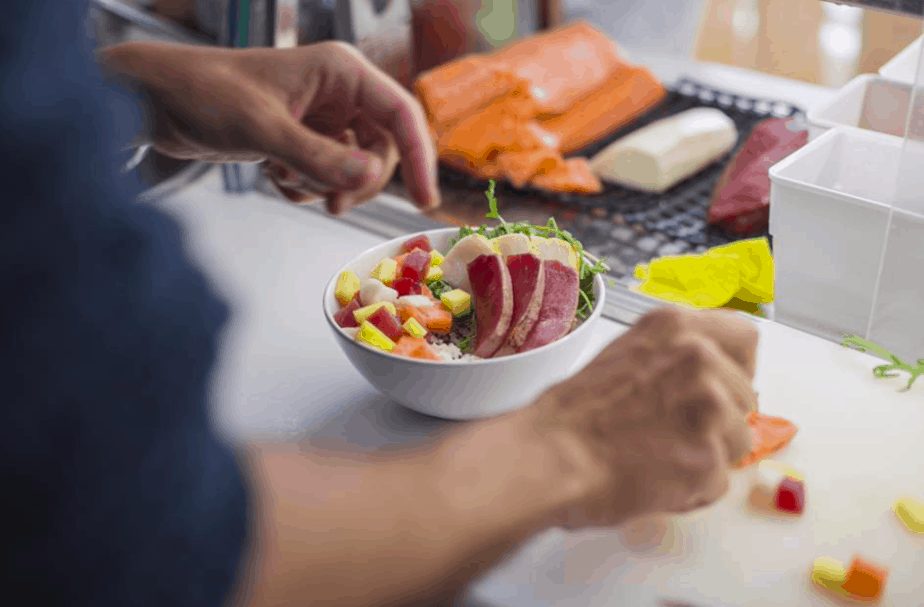 Chirashi – Japanese Street Food in Lisbon – by Chirashi – Uploaded by them

Chirashi takes everything you thought you knew about Japanese raw food dining and puts it into a whole new light. Their menu is comparable to Japanese-style poke bowls if you will, but with flavors and additions you won’t ever have encountered in the Hawaiian cuisine.

The food is served as you order it, with everything tossed together in a seemingly effortless fashion. There are steamed dim sum as sides as well as nori hand rolls for an extra bite.

Soi is back in the city center, near the main train station right by the water .

Soi is both a street food vendor as a full service restaurants. It has claim to these titles because of the fact that the entire menu is composed of the most popular street foods in Asia. 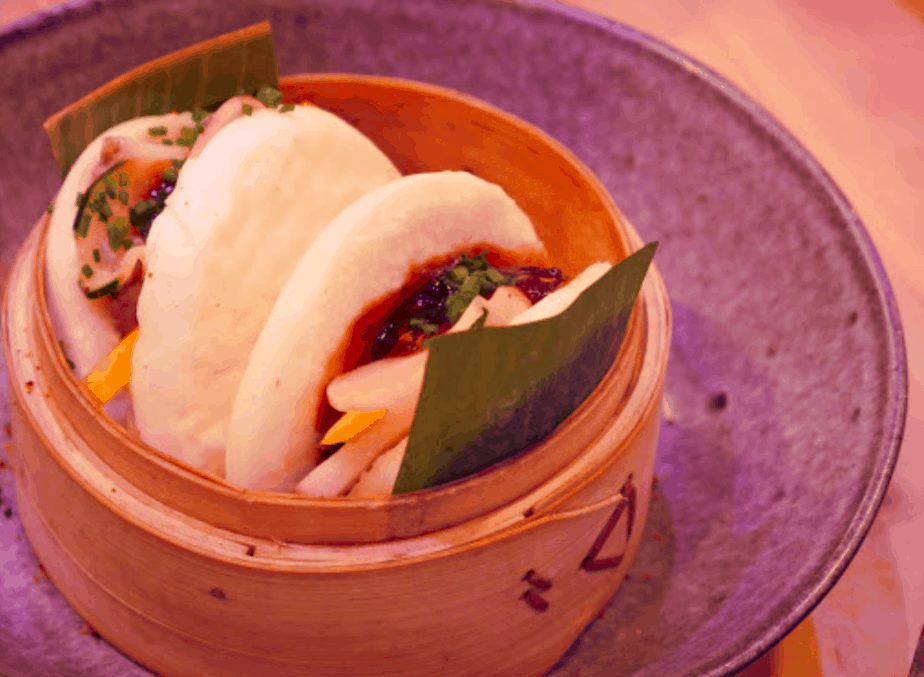 Soi in Lisbon – by Soi – Uploaded by them

Service at Soi isn’t as quick and instant as in other street food restaurants; the space is a lot bigger than most street food kiosks and managing dine in and take away customers takes time.

Since Soi is so close to the water’s edge, I suggest taking your foods down to the banks and dining there.

Time Out Market in Lisbon

The Time Out Market is across the road from Soi, also on the edge of the Tagus river. What started as a small food market has quickly morphed into one of the biggest tourist attractions in Lisbon, featuring hundreds of food vendors and thousands of dining spaces all under one roof.

Lisbon’s Time Out Market is a hub of universal street foods. Everything is made quickly and is for the most part edible with ones hands (another defining characteristic for “street foods”). 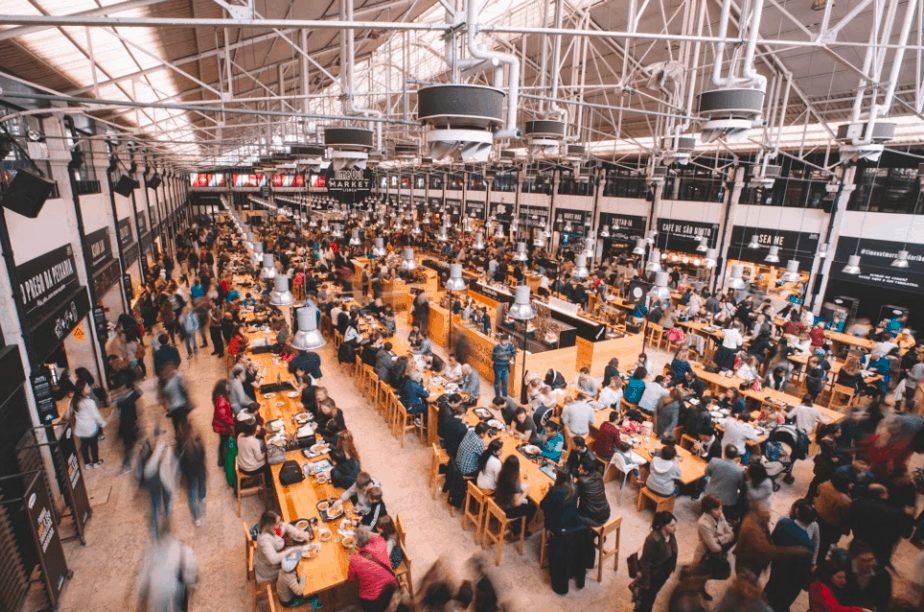 Once inside you’ll be overwhelmed by cuisine options; everything from traditional Portuguese, to vegan health foods, to gluten free specialists, to sushi and bao, baked goods, fresh produce, shawarmas, brunch specials… I can go on?

Crêpes are a street food that are native to Europe. Their existence began in a small village in France, where the recipe eventually made it’s way by train through to Montparnasse in Paris. It was only a matter of time before this treat spanned the rest of the continent.

You can find crêpes quite easily in Lisbon. They are a favorite amongst both the locals and the tourists. 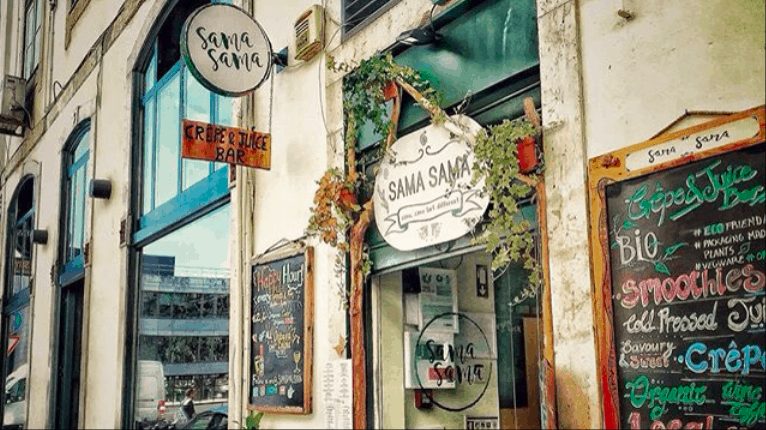 Sama Sama in Lisbon – by Sama Sama – Uploaded by them

Sama Sama in the south of Chiado is one of the only crêperies offering vegan and gluten free options on their menu.

The crêpes  are perfectly balanced and easy to eat by hand while roaming the neighborhood. If I bring free guided walking tours though this area and theres a few extra minutes I encourage everyone to grab one as we explore the water’s edge.

Did I mention they do both sweet and savory options?

OPENING HOURS: Tuesday to Saturday – 9am to 4pm

No matter how you plate them up, or decorate the restaurant in which they are made, tacos remain the frontrunners in the street food game around the world. This is their origin, through and through, and Taco Shop #1 is the newest Mexican spot in Lisbon that is attempting to keep this dining experience alive.

Close to the water, not far from where the rest of our street food options have been found, you’ll find this small taco eatery that is as laid back as they come. 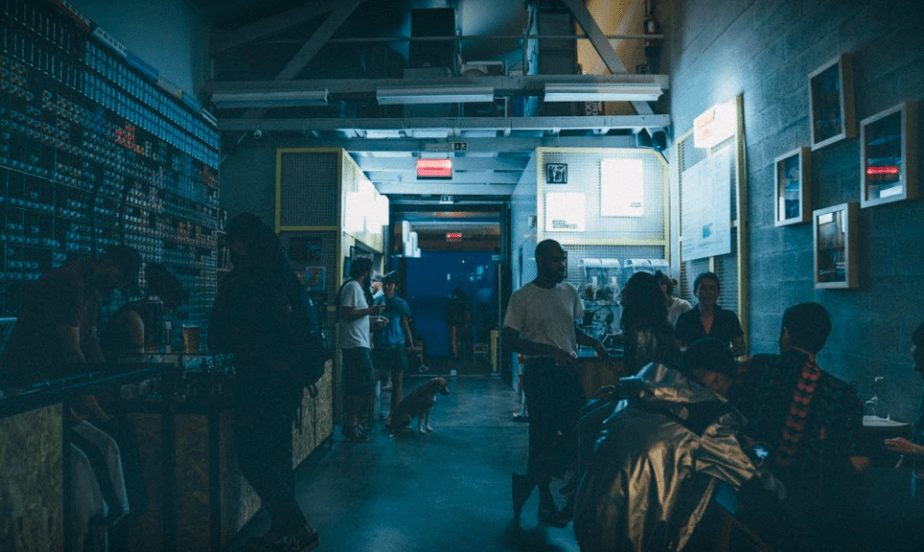 Order your choice of individual tacos off of their menu and they are served in a diner-style basket within minutes. It’s an order, sit, eat and leave kind of place where quick but delicious food is the name of the game.