The Best Greek Food in Lisbon 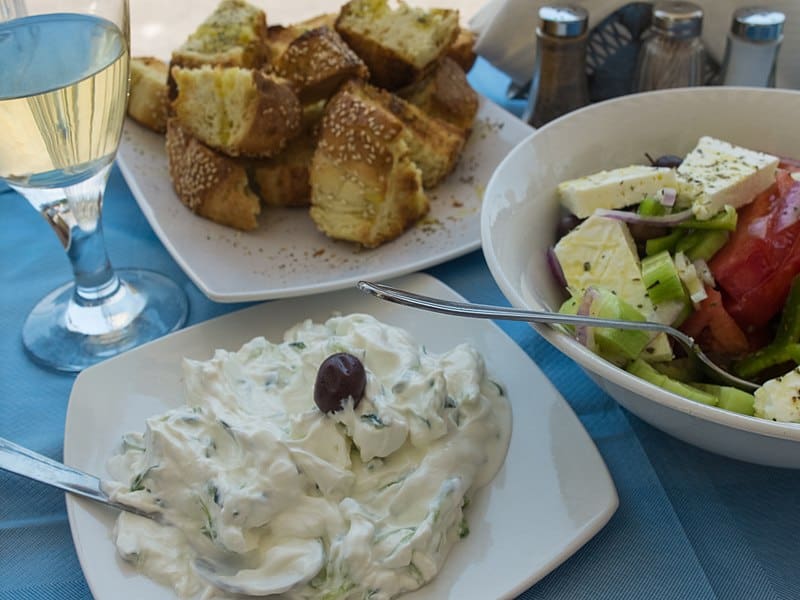 The Best Greek Food in Lisbon

While Portugal doesn’t technically qualify as part of the Med, this hasn’t stopped all the best parts of Mediterranean cuisine from finding their way onto the country’s shores.

All throughout Lisbon you’ll pass by hundreds of restaurants boasting the favorite dishes of lands like the south of France, Italy, Croatia, Turkey, Lebanon and even Morocco. A lot of these restaurants won’t identify themselves as one single cuisine but rather as Mediterranean fusion kitchens offering a little of everything. 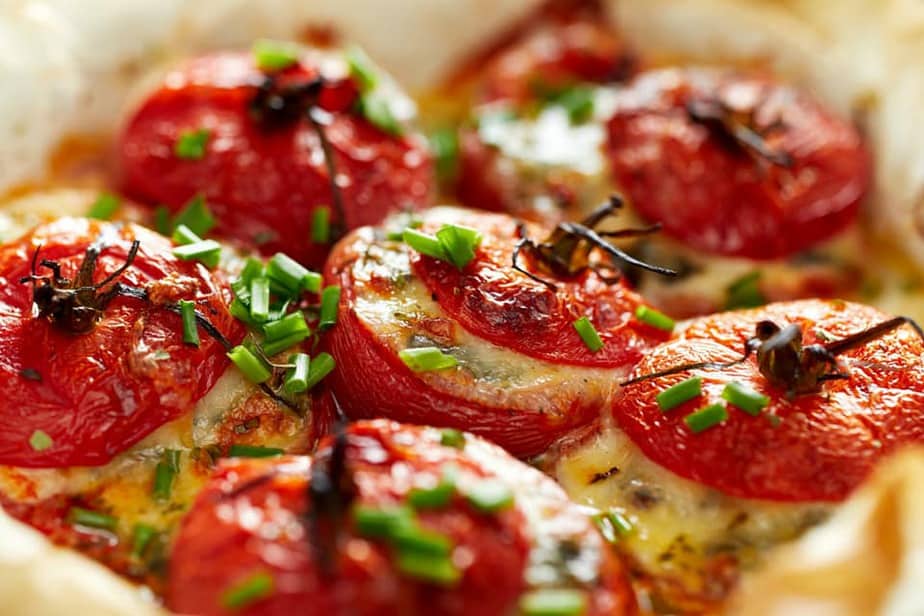 Greek dining is one of the best things to take part in, especially in the summer in Lisbon. There is nothing better than fresh, light and lemony foods during a heat wave in the Portuguese capital. While it’s not as common to come by as, say, Italian or Lebanese cuisine in Lisbon, there are still a few spots getting it right.

SantoriniCoffee is a Greek cafe that is doing their best to bring the flavors of the land to the people of Lisbon. It is situated in the north of the city in a university town known as Santa Cruz .

While almost all of the menu is presented as authentic Greek, there are a few dishes that clearly embody more Portuguese originated flavors. This aside, you’ll still indulge in all the Greek classics like moussaka, tzatziki and dakos. 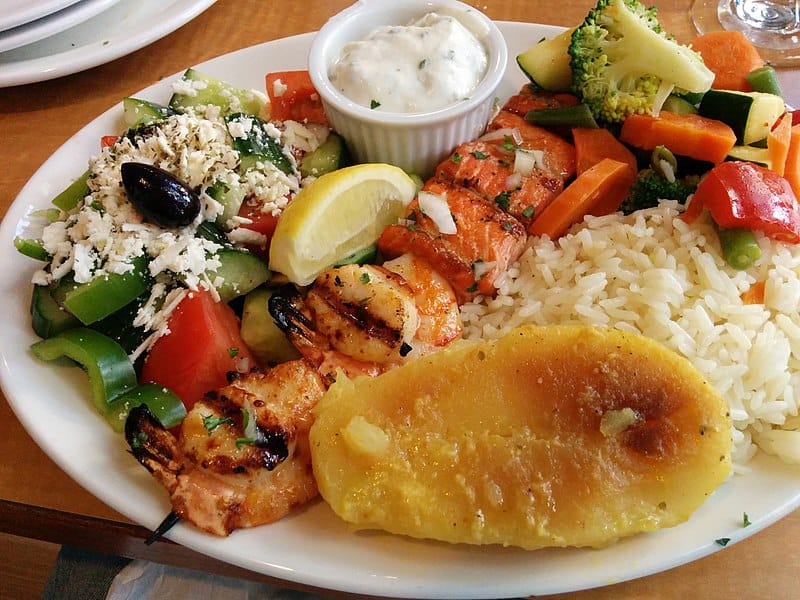 This is one of the only Greek restaurants in Lisbon that imports Greek wines and beers from the mainland. This is probably why so many Greek travelers make SantoriniCoffee their dining spot of preference when in Lisbon; simple comforts of home.

SantoriniCoffee is a small restaurant with a great Mediterranean ambiance. Because this is a university town, the food prices are kept low. A reservation for dinner dining is recommended, especially on weekends.

Holta Cafetaria isn’t far from the first restaurant mentioned on our list; another hidden gem in Santa Cruz.

This spot is considered to be the most traditional of Greek eateries in Lisbon, but their unusual opening hours prevent them from competing in the dinner dining game. 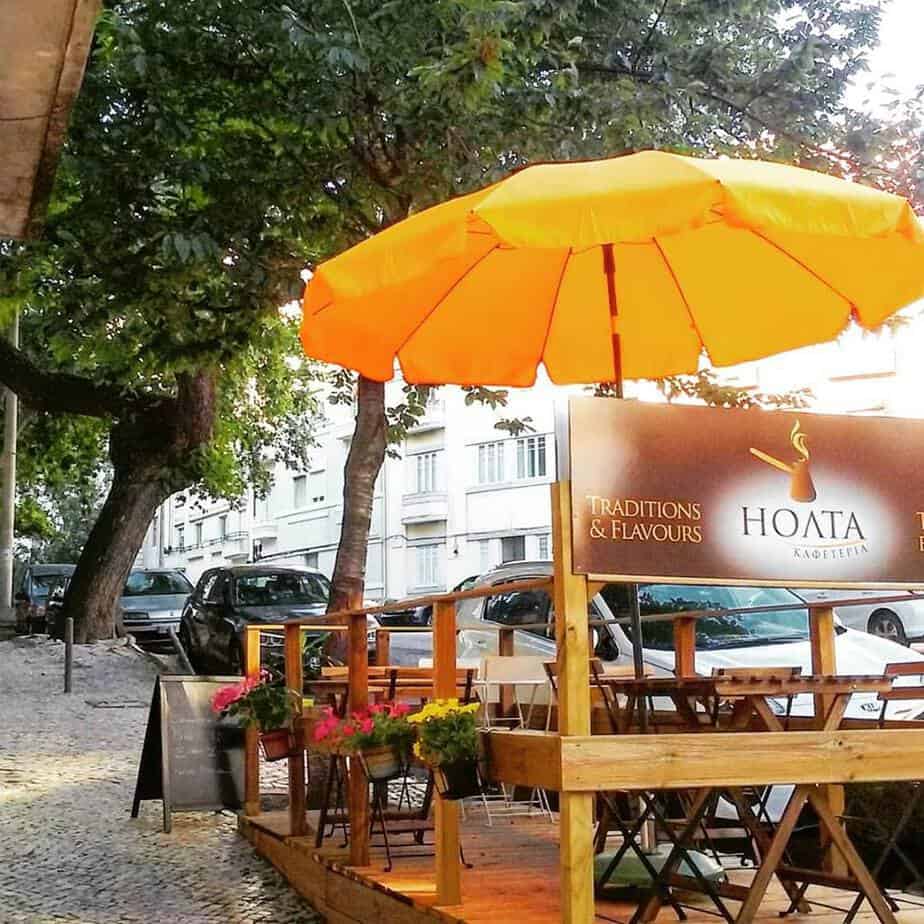 This is a great spot for all Greek breakfast and lunch dishes, Greek beers and traditional baked sweets prepared fresh daily. You won’t find a better Greek lunch experience in all of Lisbon, to top things off it is incredibly affordable as well.

To keep their menu slightly diverse, Holta Cafeteria offers a few Turkish and Balkan dishes too.

It’s a small restaurant but walk-ins are generally fine. This isn’t the busiest of neighborhoods during the day in Lisbon.

OPENING HOURS: Monday to Saturday – 8am to 7pm

If you’ve been to Greece you’ll know that most restaurants don’t function in the way we’ve come to expect from western hospitality, instead they feel more like being inside of grandma’s kitchen while you are pampered and piled with food.

The Greek Tavern Dionysos is exactly this, situated far down the coast close to Belem. I recommend this spot to any lovers of the cuisine who are looking for somewhere to eat after a free guided walking tour in this part of Lisbon. 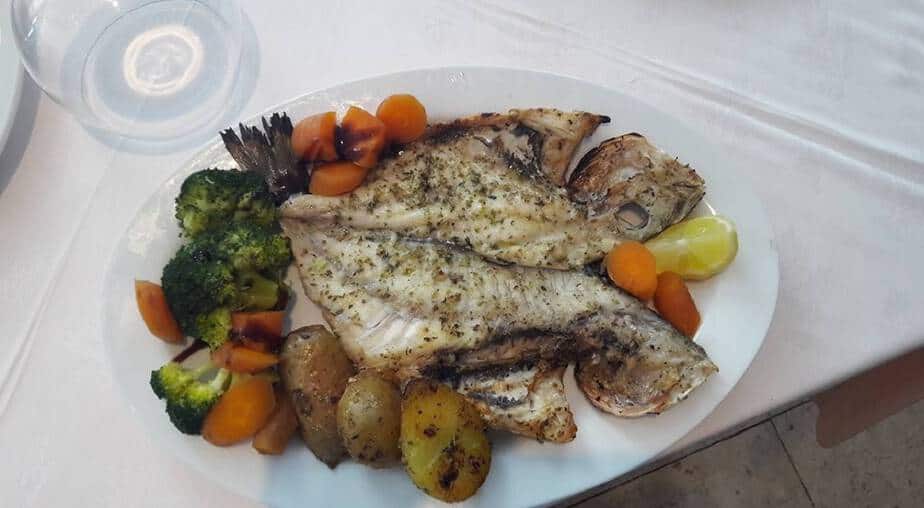 I say grandma’s kitchen and I mean it. Expect slow, average service in exchange for the tastiest Green food that will cost you next to nothing. This spot is for the patient diners who don’t mind sipping on Greek wine and enjoying the native music while your plates take their sweet, sweet time being made with love.

If you’re lucky the owner will be out and about providing small talk and entertainment to anyone prepared to listen. It’s a wonderfully authentic dining experience where you are made to feel at home rather than in a formal dining setting.

Restaurante A Gama do Vasco in Lisbon

Anyone mildly familiar with Greek cuisine typically knows about gyro and souvlaki. While they hold some slight differences, their similarities include Greek meats, salads and dips all wrapped together in fresh Greek pita breads to make a fantastic fast-food treat.

Restaurante A Gama do Vasco is an interesting little concept cafe that I found not long ago close to the Eduardo VII Park in the north of Lisbon’s city center.

This is a distinctly Portuguese cafe, aside from the fact that they are making gyro/souvlaki inspired meals using authentic Greek bread. The pitas are filled with meats, veggies, salads and sauces of your choosing and accompanied by fries.

In a strange paradox the rest of their menu is comprised of smoothies, fresh baked pastries, salads, milkshakes and some decent coffees too. 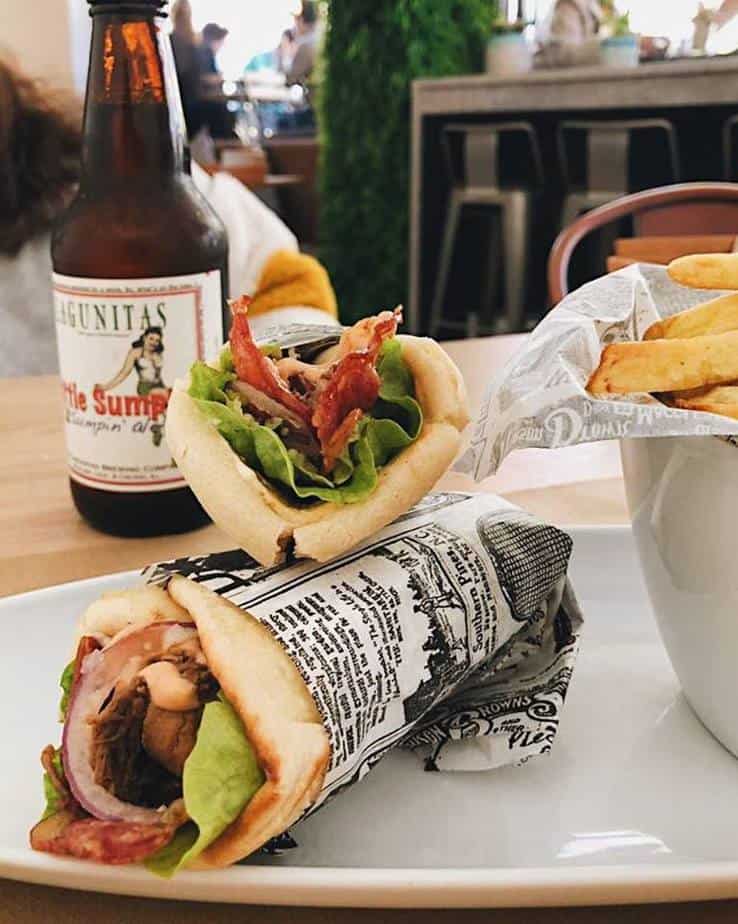 As I said, this is an unusual concept but not badly executed at all. Lovers of the traditional gyro or souvlaki will welcome this rendition, especially considering the cafe is open from early morning through until late in the evening.

These pitas are best enjoyed as a take away food and I would suggest walking them the short distance over to the park mentioned earlier! You can make a mess on the grass instead of attempting to eat these juicy things over your lap.

OPENING HOURS: Monday to Friday – 8am to 10pm