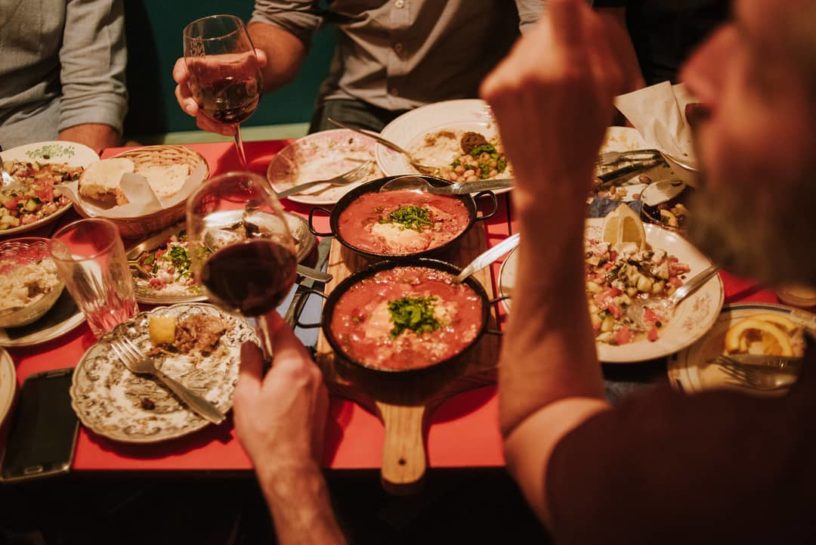 Tantura in Lisbon - by Tantura - Sourced from their Facebook 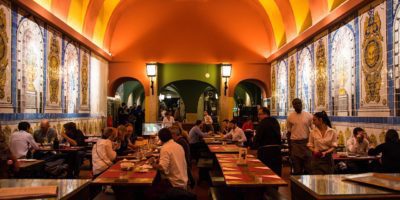 Where to Eat on Christmas Day in Lisbon 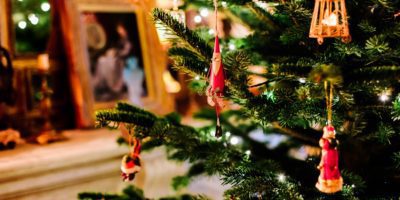 10 Traditional Christmas Dishes That You Will Eat in Portugal

The Portuguese capital has no shortage of Middle Eastern food, but Israeli cuisine in particular? Slightly harder to hunt down.

Israeli food is unique to regular Middle Eastern cuisine as it derives a lot of influence from Moroccan Jewish traditions. It also embraces a lot more turkey meat than other cuisines of this region. 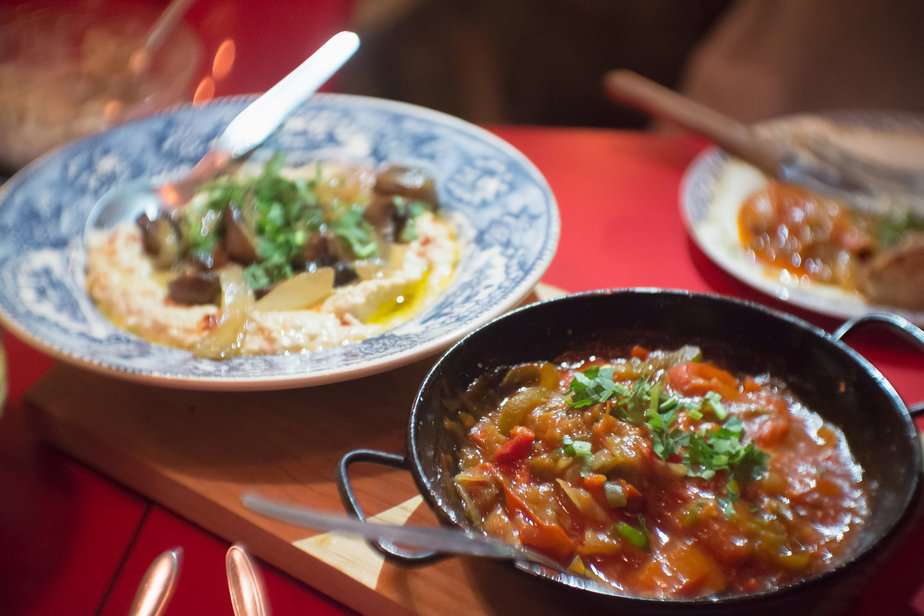 Because of Israel’s location, the food is also heavily influenced by Mediterranean cooking.

As of today I only know of three spots to eat authentic Israeli in Lisbon, and I’ll tell you of each if you read on.

One of Lisbon’s Israeli food spots is actually split into seven. Joshua’s Shoarma Grill is a small Israeli eatery with seven branches situated in different neighborhoods in the city.

This particular one that I visited was inside of the Colombo Shopping Centre. If you want to shop gentrified retail or watch a new release film in the cinema, this is where you should come to do so.

You can have your meal in a shawarma or on a plate with side salad fries. They will also top any meat dish with a fried egg; I am still uncertain as to whether this is usually done in Israel, or if they are simply adopting elements of Portuguese cooking to be more inclusive.

The other locations of Joshua’s are far more central. There are two in the city center near Bairro Alto; one above the Alfama, and another few up the north coast toward the Lisbon Aquarium. 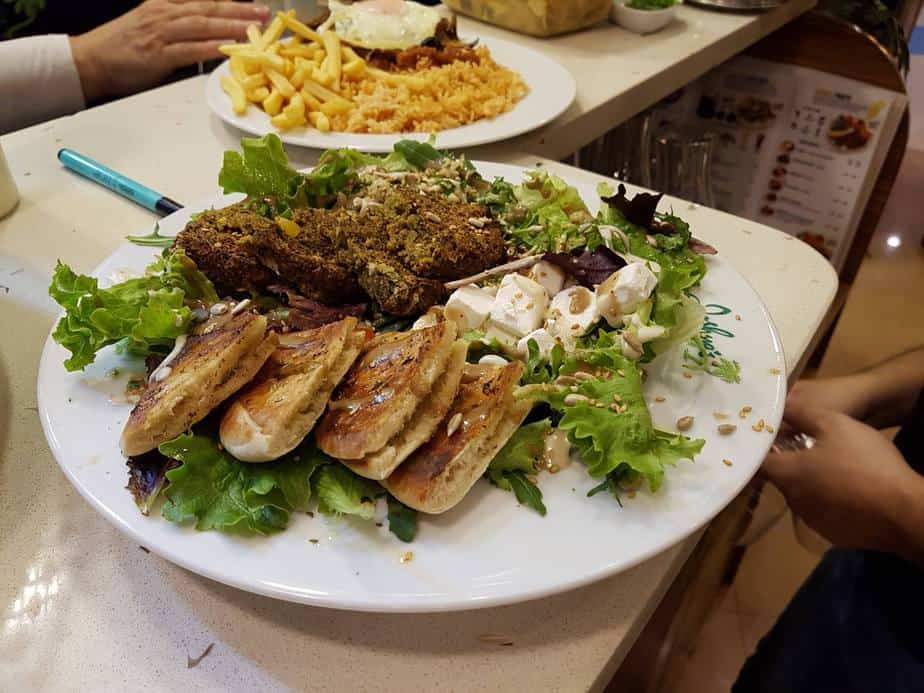 At Joshua’s you’ll easily eat for under €10. They might often run out of ingredients, they may have more negative Google reviews than positive, but it’s Israeli food in the middle of Portugal — let’s be grateful, shall we?

Now for some Israeli food that I absolutely couldn’t fault even if I wanted to; InkFarmFood is changing the face of vegetarian Israeli cuisine in Lisbon as we know it.

It’s in the city center, just slightly west of Chiado and Bairro Alto. It is though that Madonna lived right here during her many years being a Lisbon resident; the fado venue she would frequent is in Bairro Alto just nearby. As far as Middle Eastern/Mediterranean dining goes, this spot is definitely off the beaten track. 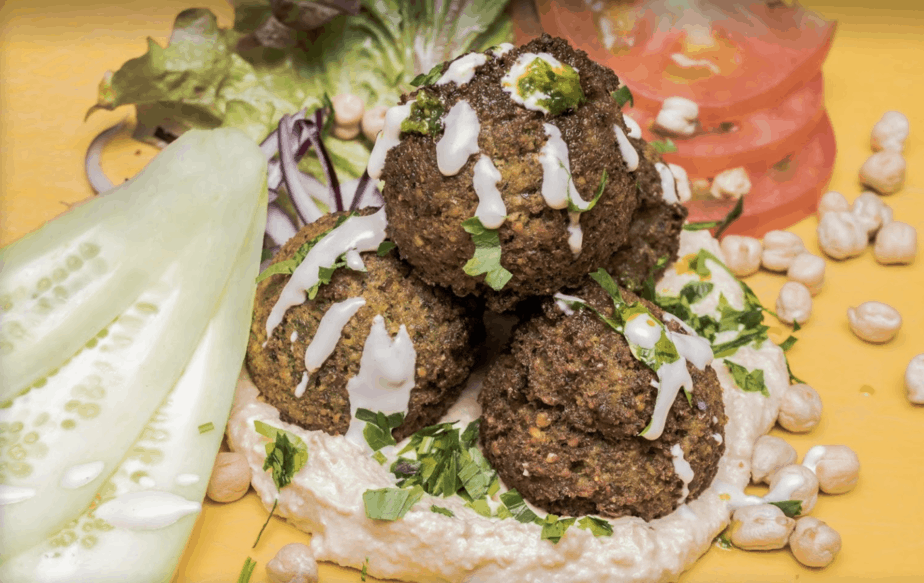 As mentioned, the entire menu is vegetarian. So no, you won’t eat any traditional turkey from here, but you will be treated to a plethora of plant based Israeli dishes.

Your server, or the owner (depending on who is around), will take time to properly go through the entire menu with you, explaining what dishes to order if you’re used to certain flavors in regular Israeli restaurants. 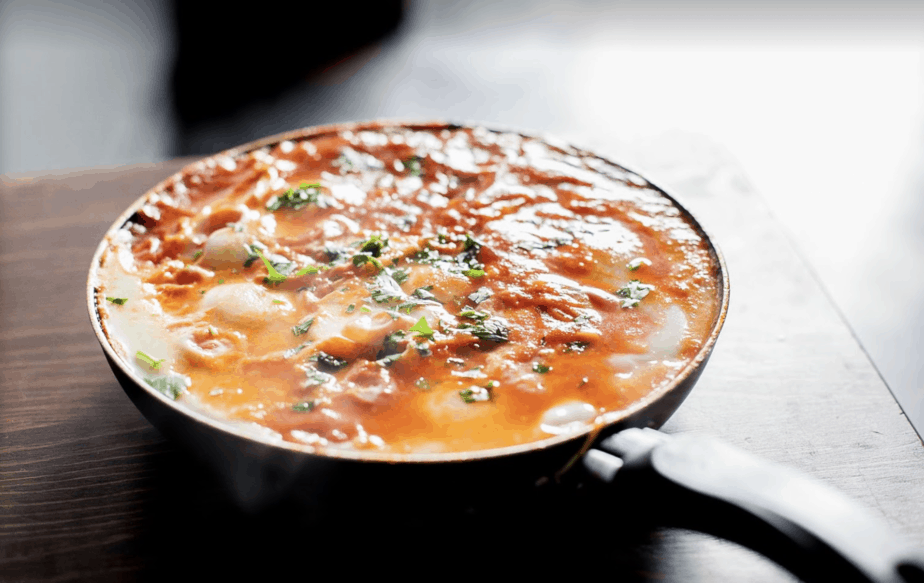 If you’re dining with at least one other person I recommend just handing all power over to the house and letting them treat you to their choice of dishes and small plates. They’re very good at portioning and this way you’ll get to try a bit of everything.

And now for the real showstopper: an Israeli restaurant brought to Lisbon via a whirlwind of a love story.

Tantura is owned by a couple named Itamar and Elad. Itamar grew up in Israel in a small village called Tantura, he later relocated to Tel Aviv where he met Elad and the two fell in love.

They both had a passion for food, and decided they would cater their own wedding. They spent three days cooking for the feast, and it was so impressive that after the celebration catering orders did not stop rolling in. 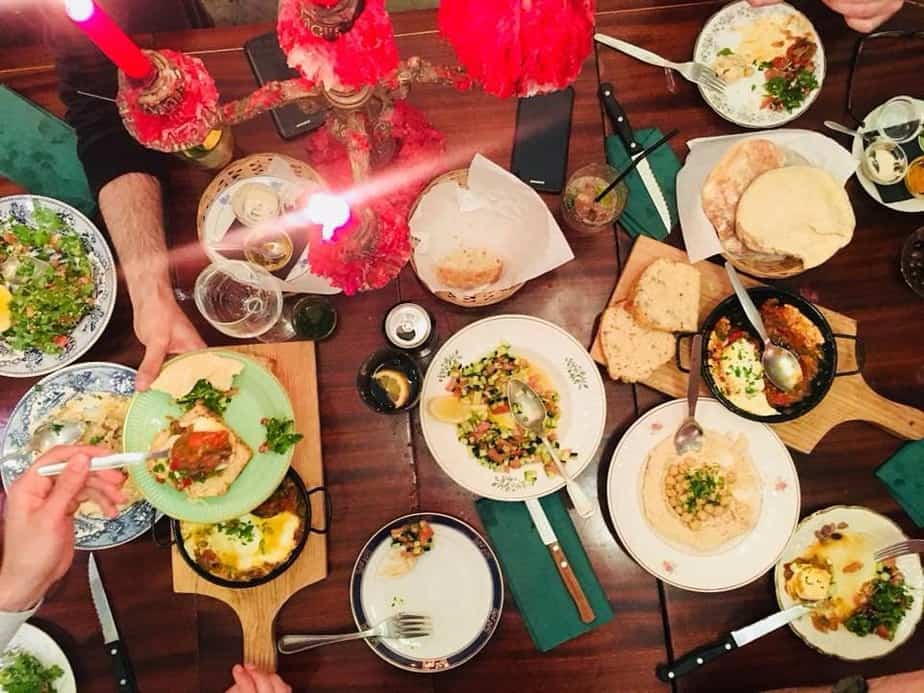 They honeymooned in Lisbon, and become completely besotted with the idea of living here. This is what birthed Tantura; Lisbon’s most authentic, most ambient and most impressive Israeli restaurant right in the heart of Bairro Alto.

I attempted to eat here twice and was rejected both times before I eventually made an actual reservation for an up coming Friday. Every single night at Tantura is fully booked; it’s almost comical arriving at the door and seeing the host’s sympathetic face before she’s even uttered the words “we’re full”. 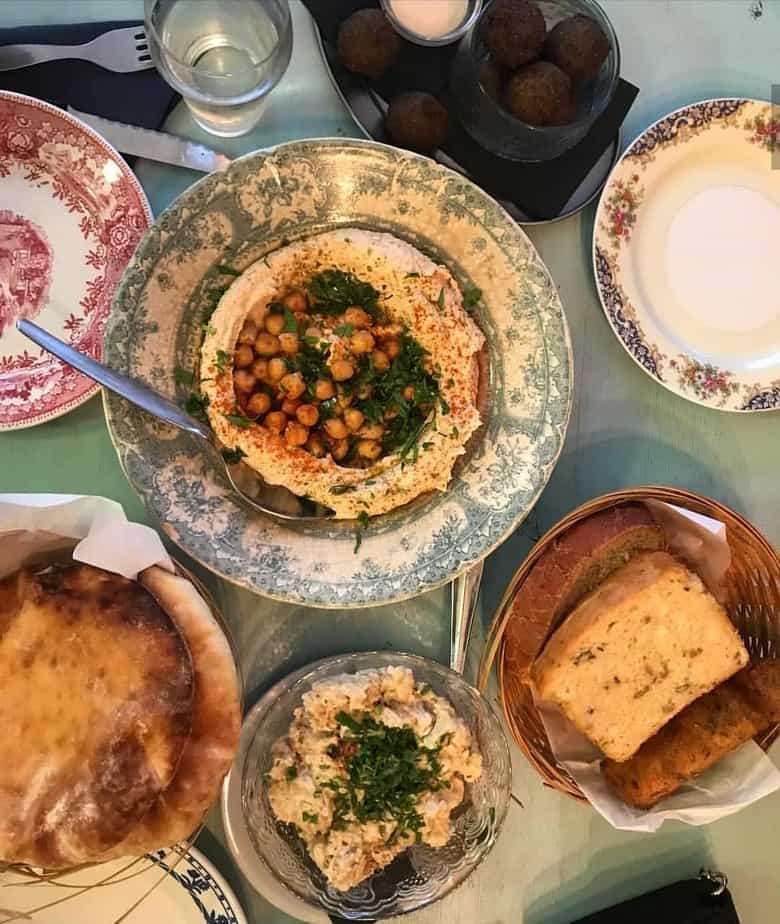 What to eat? Everything. Come in a group and fill the table with the tapas portions of all their best dishes. This is the authentic Tantura experience and also what’s better than replacing cutlery with bread?

It’s always been important to Itamar and Elad that, even in the wake of immense success, their food always remain affordable and reasonably priced. So it is.

In Lisbon, one uncovers hidden cuisine gems from around the world simply by wandering the streets and observing. There is no better way to see this city than via a free guided walking tour — book today!

Where to Eat on Christmas Day in Lisbon

10 Traditional Christmas Dishes That You Will Eat in Portugal