A Look at the Beautiful Churches in Lisbon 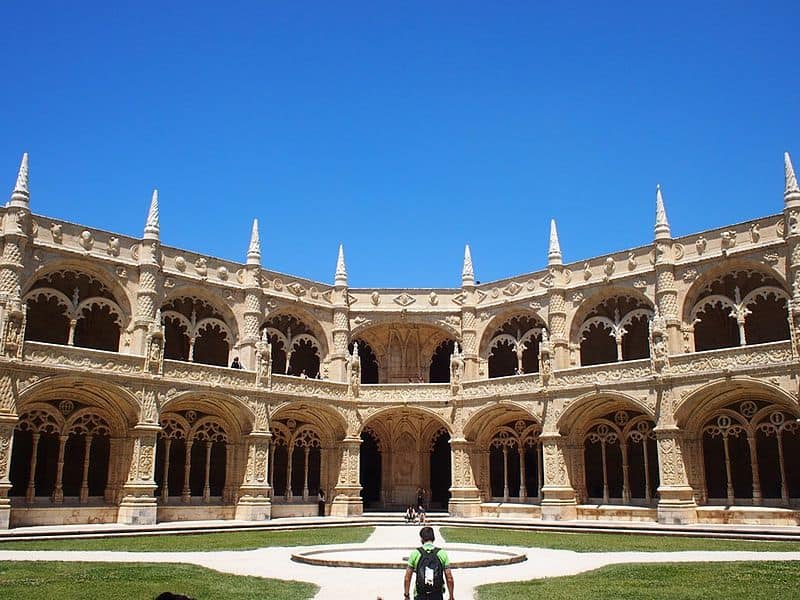 A Look at the Beautiful Churches in Lisbon

People come to Lisbon for all different reasons. This is the capital of Portugal and considered a sought after European vacation destination.

Some come for the city life, some come to experience a culture vastly different to their own, a lot of people even come to Lisbon as a wedding location. And then there are those who come to explore the religious climate and ancient Catholic architecture. 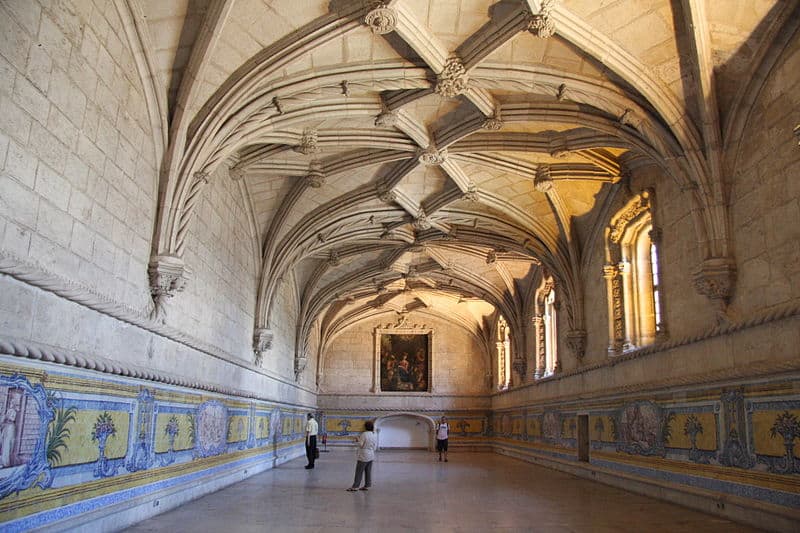 As you make your way through Lisbon you’ll be astounded as to how many churches this hill filled city holds. There are over one hundred in and around the city center alone; some prominent, grand structures and others perfectly hidden amongst regular city buildings.

Here are a few I would say are most worth a visit while visiting Lisbon.

Church of Sao Roque in Lisbon

The Church of Sao Roque was one of the first Jesuit churches ever constructed in the world. The Jesuit congregation in Europe represented great wealth and power, and this was always reflected within the interiors of their religious spaces.

You wouldn’t say so by judging just the outside, but the Church of Sao Roque has one of the most lavish interiors in all of Portugal. 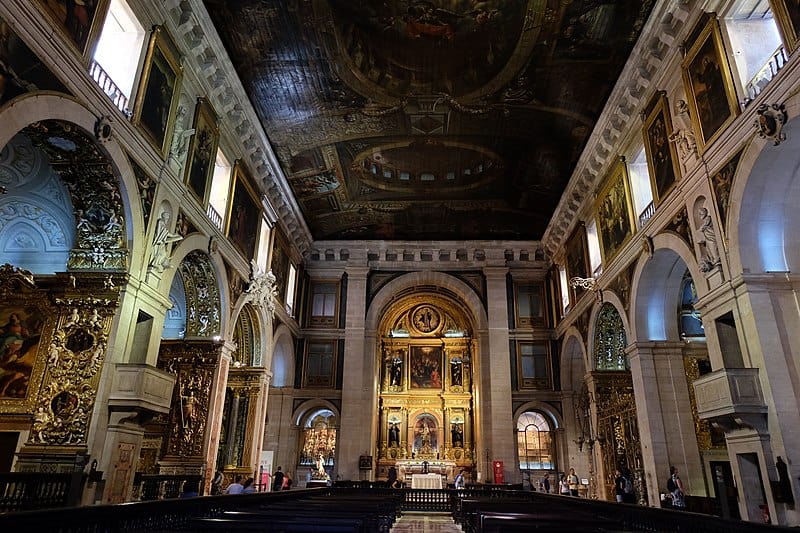 In addition to the main church is the Sao Roque chapel, which at the time of construction, was the most expensive chapel ever erected in Europe. It was originally assembled in Rome, overseen by Italian architects, and then shipped over to Lisbon where it would come to rest.

The Jesuit society would eventually be expelled from Portugal 200 years after this churches construction. It is still open to all to this day, sitting proudly between Bairro Alto and Chiado, at the top of the hill .

If you’re planning on heading out to Belem for either the tower, the planetarium or the Museu Coleção Berardo, then the Jerónimos Monastery will be in view whether intended or not.

All of these attractions in Belem sit on the edge of the Tagus. The Monastery precedes them all in age. Many people assume that the Belem Tower came first, since it was a port of entry into Lisbon, however the Monastery was actually constructed 13 years earlier. 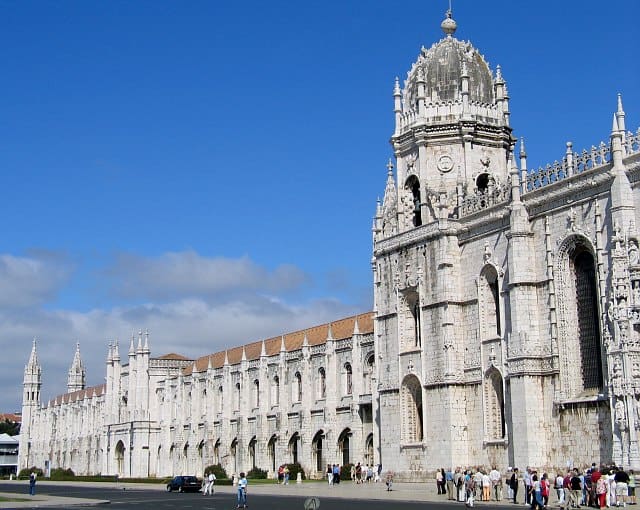 This church came about thanks to the Portuguese Age of Discovery. During this time, there were newfound trade routes established between the mainland of Lisbon, Africa and India. It was funds from these new trades that allowed for this enormous structure to be built.

The style of the church is what will blow you away both inside and outside. It was created in a unique architectural style known as Manueline, which can also be described as late Portuguese gothic architecture.

Fernando Pessoa and Vasco da Gama have their final resting places here inside the Monastery grounds.

The Igreja da Madalena can be passed by request during a free guided walking tour of Lisbon’s Alfama. The church resides on the western boundary of the district, not far from the Tagus.

This church is classified as an official national monument in Lisbon. It was originally constructed during the 12th century, but has had to be reconstructed and restored several times since. The most significant of these renovations came about after the Great Earthquake that shook Lisbon in 1755, destroying many ancient buildings in its wake. 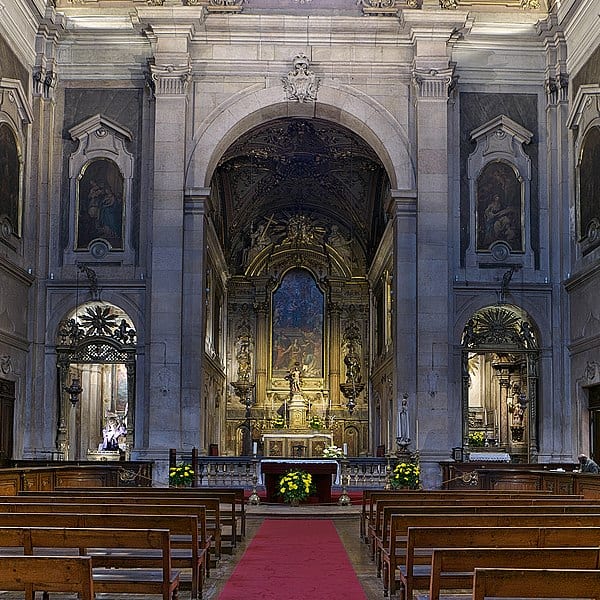 The Madalena Church is quiet and pretty, to put it simply. The ceiling is breathtaking; a collage of soft pastel paintings depicting religious scenes.

It is rarely overrun by tourists as most of them prefer to head to the bigger name churches in the area. Every Sunday at midday there is a mass specifically dedicated to Lisbon’s Filipino community; attendance is open to all.

Carmo Convent sits just north of Chiado and is largely overlooked by most travelers to Lisbon. The church is no longer in operation, neither is the attached convent.

This is because the building no longer has a ceiling.

Another ancient structure caught in the destruction that came with the earthquake all those years ago; Carmo Convent lose its entire roofing structure and it was never repaired. 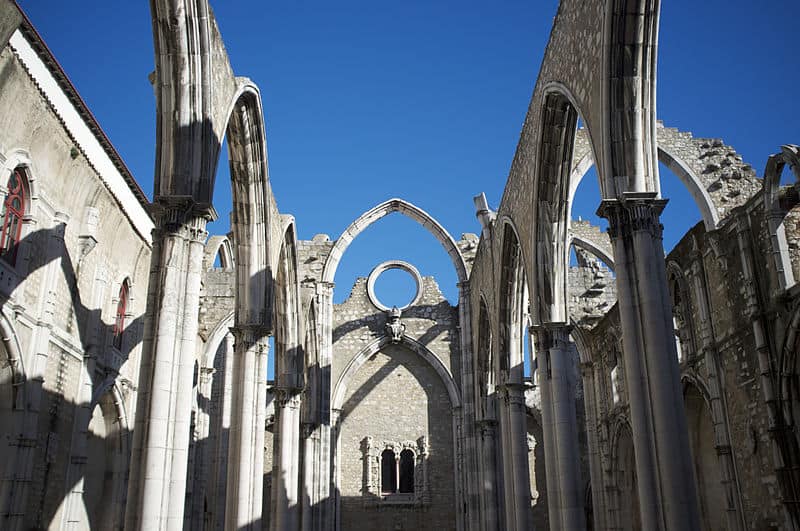 Perhaps it was a lack of fund, or perhaps a strategic choice on part of the city, but the roofless property has made way for the emergence of a new Lisbon museum as well as an unmissable attraction in my opinion.

At its core, Carmo Convent remains a tangible visual of what that powerful force of nature was able to do to this city all those years ago. A reminder of how fragile our seemingly impenetrable infrastructure actually is.

If you’re going to explore the Fiera da Ladra market at any time during your visit to Lisbon, you’ll be right by the National Pantheon.

This was previously the Church of Santa Engrácia, constructed back in the 17th century. After serving the religious communities of Lisbon for many years, a decision was made by the city to transform the church into what is today the National Pantheon. 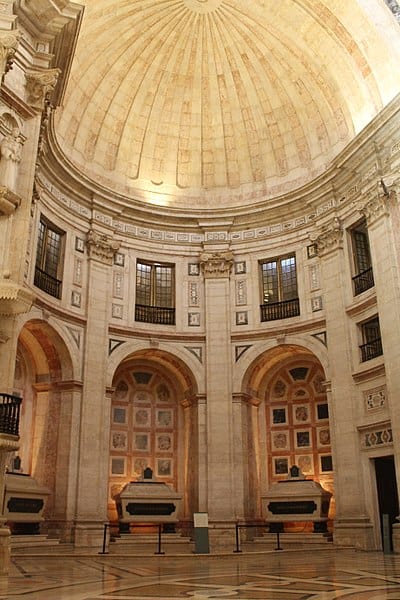 A pantheon is typically a mausoleum in which prominent national figures are buried and their tombs available for public viewing. Many influential Portuguese personalities are now residents in the Lisbon National Pantheon.