A Day at the Lisbon Oceanium Aquarium: Everything you Need to Know 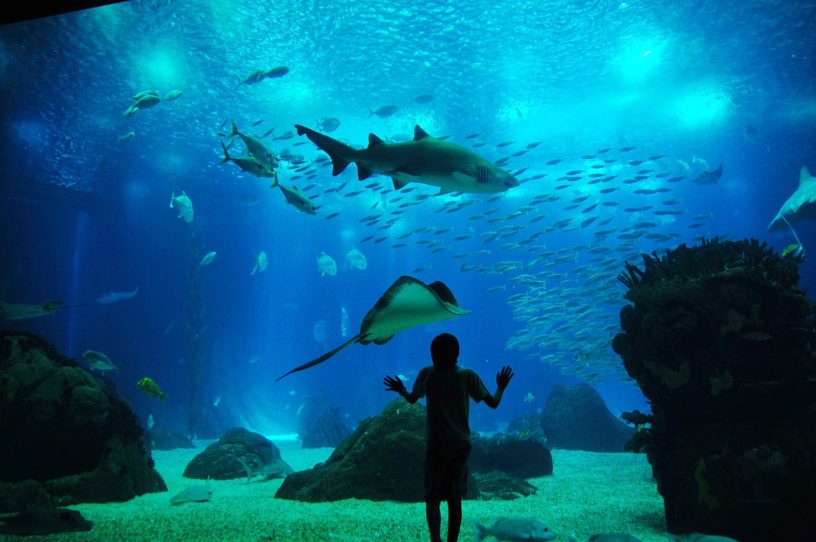 A Day at the Lisbon Oceanium Aquarium: Everything you Need to Know

Lisbon’s aquarium… what a treat you’re in for!

Situated on the easternmost coast of the city, the state of the art aquatic facilities serve as a major tourist attraction for the Portuguese capital. It goes without saying that any aquarium is generally the best place to visit with children, and Lisbon’s doesn’t disappoint.

Here is everything you need to know to plan your day out at the Oceanário de Lisboa! 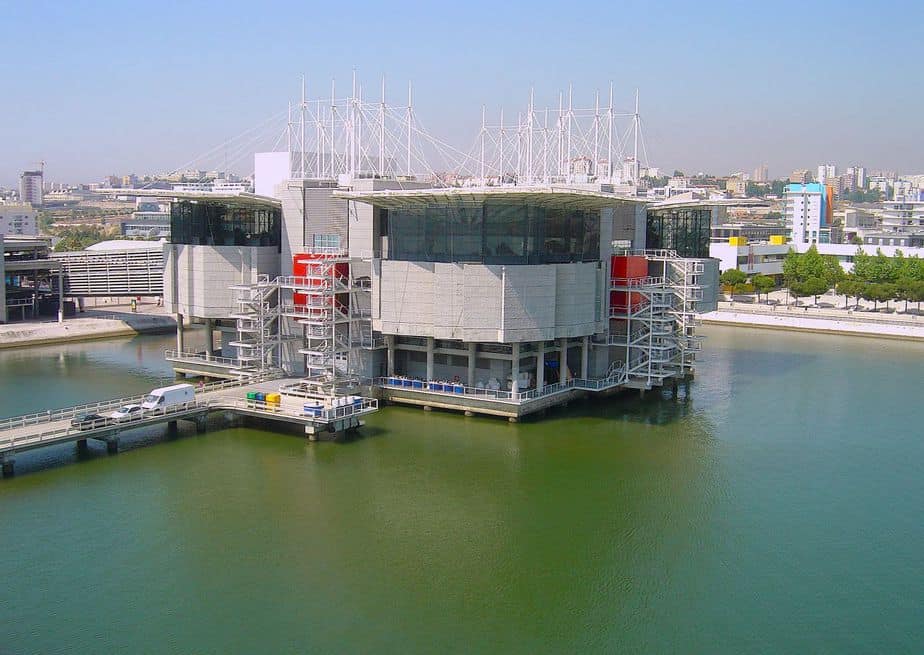 A Visit to the Lisbon Aquarium

OPENING HOURS: MONDAY TO Sunday — 10AM TO 7pm

All About Lisbon’s Aquarium

Lisbon unveiled their aquarium complex back in 1998, when the city was undergoing some major improvements and upgrades for the purpose of driving tourism. 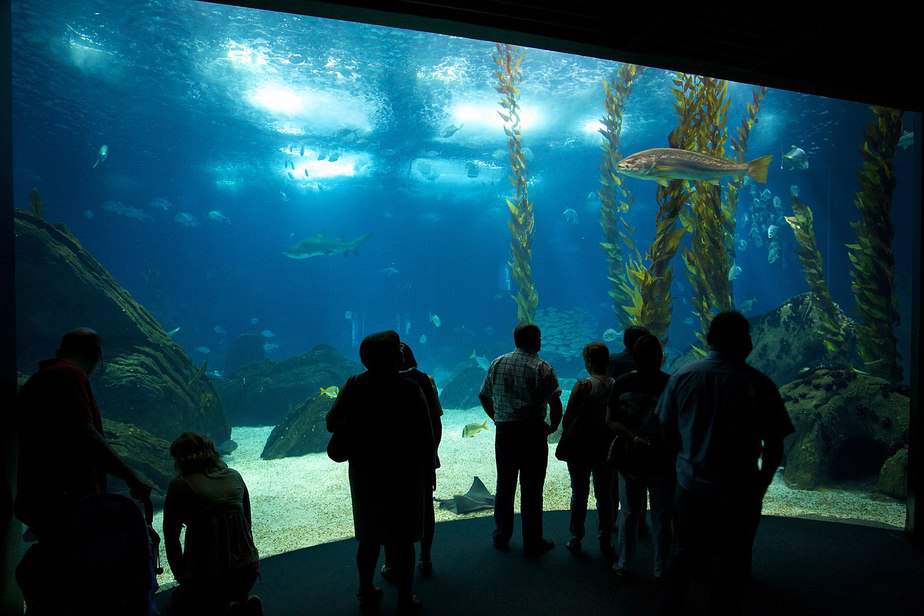 There’s truly nothing like it elsewhere in Europe… no seriously, this is the largest indoor aquarium facility on the continent. Featuring over 500 different marine species and 1500 water-inhabitants, there is much to see in a single space and one visit is very rarely sufficient.

Things to do in Lisbon in December

The point of any aquarium visit is to marvel at the live exhibits that are carefully put together by the world’s leading marine biologists. At the Oceanário de Lisboa, the main event is undoubtably the central tank which holds an astounding 7 million liters of water.

These numbers can be hard to wrap one’s head around, but consider the tank itself a peek into what a real ecosystem would look like on the ocean floor. The exhibit is home to sharks, tropical fish, anemones, barracuda, turtles and a an array of life-giving coral. 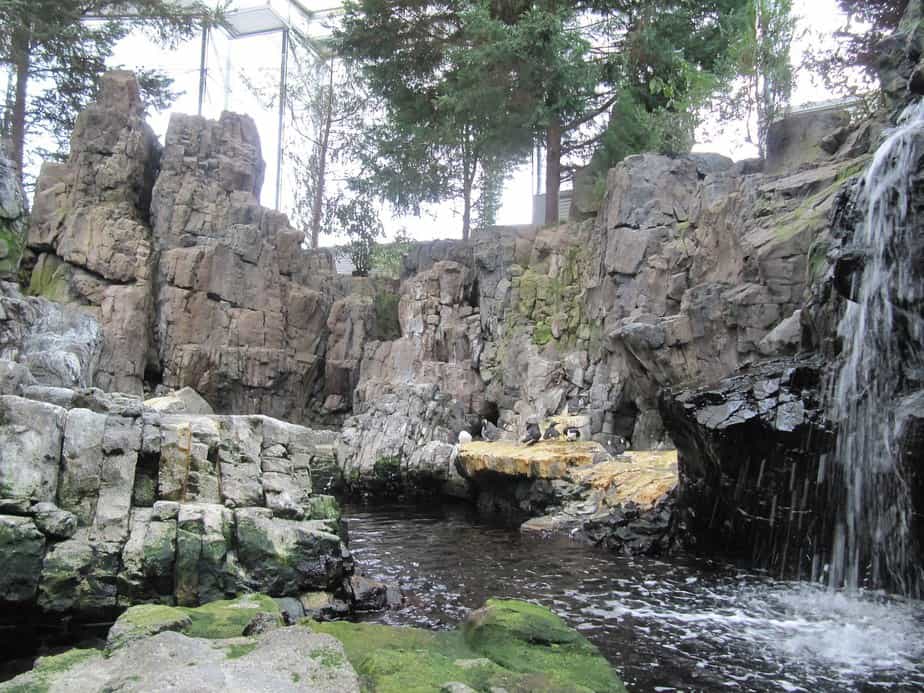 Other noteworthy exhibits at the aquarium include the penguin showcase and the home of the sea otters. The aquarium also offers the addition of some temporary exhibits, always related to marine life, and it costs a few extra euros to gain access to these — it’s well worth it and I do recommend adding it to your ticket!

Having a guided tour in the aquarium is not all that necessary, but it is a level up to the experience if you do want to make your visit more educational. Thats the beauty of aquariums, isn’t it? You can either enjoy pure aesthetic wonder, or you can wrack your brain with marine facts to last a lifetime. 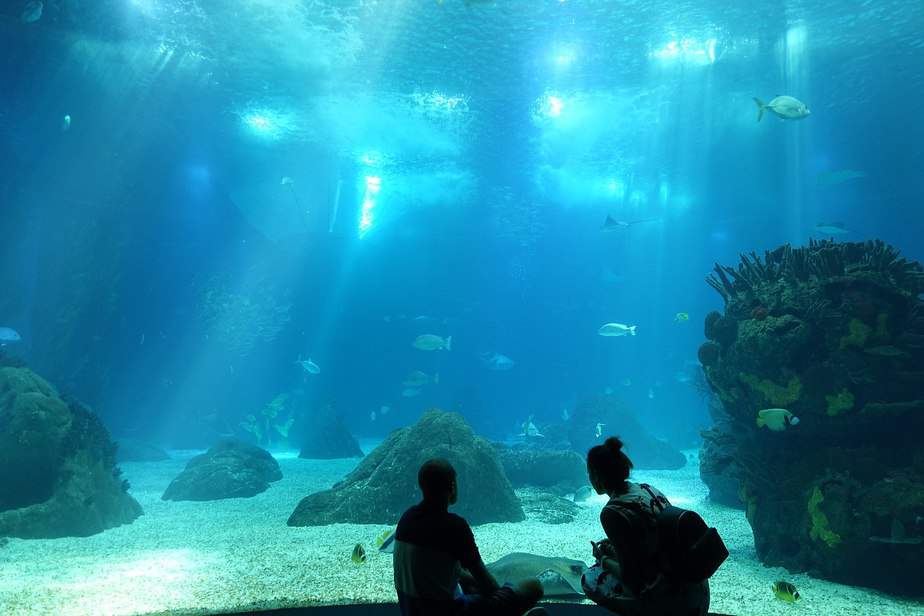 Upon arrival, you’ll find a range of guided tours available in a variety of different languages. In addition to tours through the aquarium, there are also tours that can take you behind the scenes into the inner workings of the establishment that not everyone will get a chance to see. How do feedings work? How is water kept at the perfect temperature? All of the tricks of the trade will be disclosed in the BTS tour groups.

If you’ve got time to spare, look into the overnight “sleeping with sharks” experience that is on offer in the space… you won’t regret it!

Well, it’s good to know that the Lisbon Aquarium doesn’t close its doors for anything. It’s open 365 days a year, until 8pm through summer seasons and 7pm closing time in the winter.

While the aquarium is open on both Christmas and New Year, hours of operation will differ slightly (usually seeing the establishment closing around 6pm). 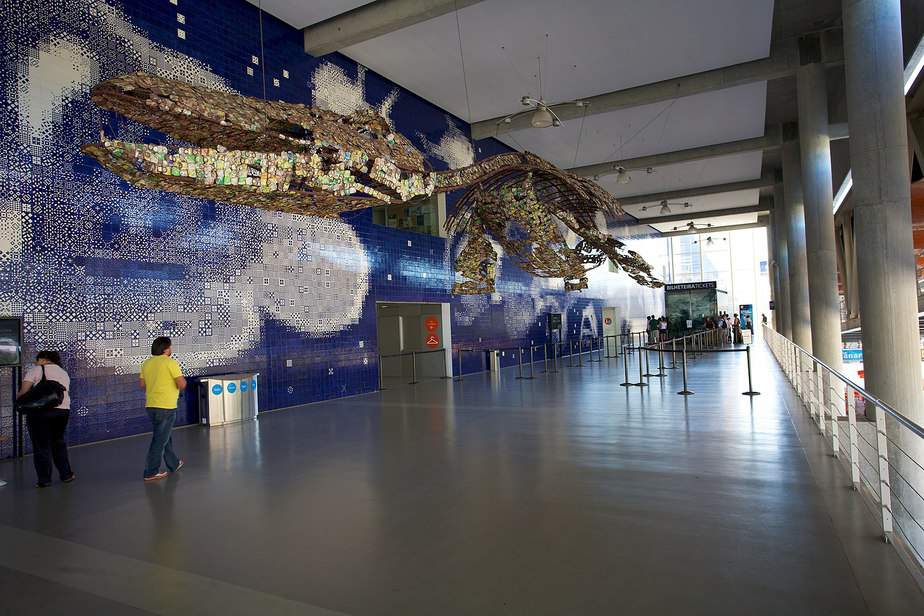 The aquarium is situated just outside of Lisbon’s city center, on the east coast of the Tagus River. The neighborhood is called the Parque das Nações, and it was a district that has been totally rebuilt to be filled with attractions and things to do (for both locals and tourists).

5 Things to Enjoy at the Parque das Nações in Lisbon

Tickets for Lisbon’s aquarium are available on arrival, and cost €16 for adults and €11 for kids. There are family tickets on offer for €42 which covers two adults and two children.

The BTS tour costs an additional €5 per person — again, well worth it!

You don’t need to worry about purchasing aquarium tickets in advance. The facilities are set up perfectly to accommodate large influxes of people, no matter the season or time of day. There are ticket vending machines throughout the arrival hall that reduce the need to stand in queues. 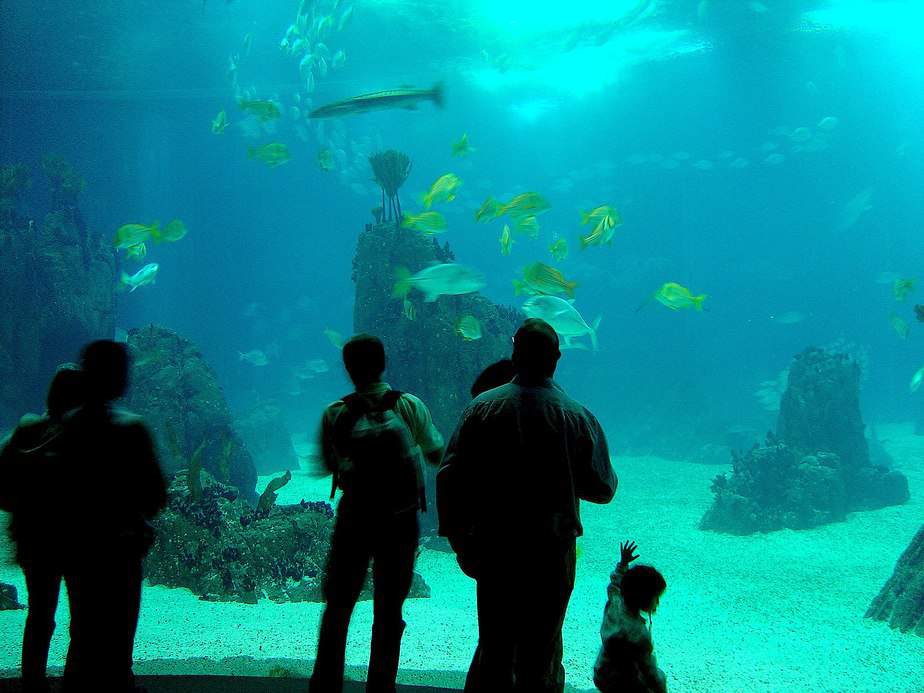 There is one restaurant on site of the aquarium where you can get a range of snacks to fuel your day. They offer tea, coffee, sandwiches and even a three-course sit down meal for anyone interested.

That said, the surrounding neighborhood to the aquarium is a great spot for local cuisine, so taking a stroll outside for your lunch is never a bad idea. Being right on the water, the neighborhood restaurants offer some of the best seafood in the city.

If fast food is more your preference, head to the top level of the Vasco da Gama shopping center near to the aquarium.

Lisbon’s metro and bus system make it easy enough to reach the aquarium with just a short walk to spare. Alternatively, it’s only around €10 to taxi here from the city center, or around €15 if you’d rather use Uber.

Parking is available for all those who want to drive, however driving in inner Lisbon is known for being a stressful time no matter the hour, and public transport is recommended if you’re looking for a relaxing day out.