5 Movies That Were Filmed in Portugal 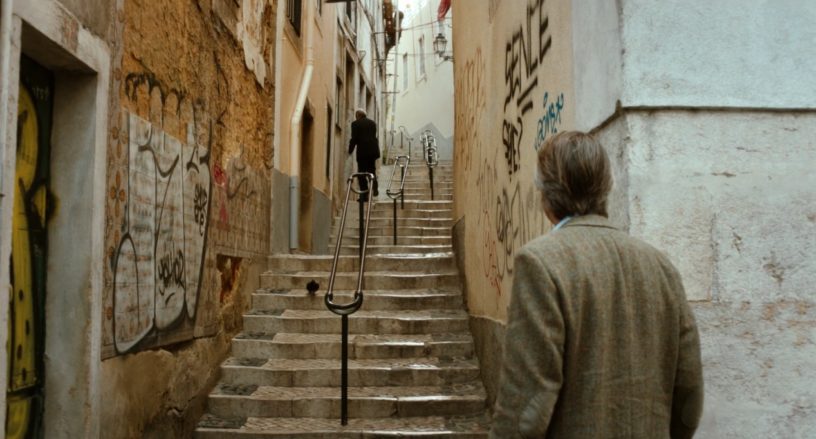 Still from Night Train to Lisbon

5 Movies That Were Filmed in Portugal

Portugal, and Lisbon in particular, has had its fair share of cinematic debuts around the world. A lot of these films hailed during the 1950s and 60s, when filming in this remote part of Europe was incredibly cheap.

Portugal is slowly creeping back into the movie making scene, and is currently scheduled as a shooting location in two major up and coming Hollywood blockbusters. More official information is expected to be released before the end of the year. Until then, here are five great films that were also shot in Portugal.

Les Lavandières du Portugal translates to The Washerwoman of Portugal. It was actually a French film made by director Pierre Gaspard-Huit back in 1957.

The story begins in Paris where two companies are in competition surrounding the release of a new washing machine system. They venture to Portugal in search of an ambassador who can come back to Paris and help promote the new product; the ideal candidate being a Portuguese washerwoman.

Once in Portugal, both companies set sights on the same woman and it becomes a comic showcase of each of their attempts to win her over.

Having been shot way back in ’57, this movie was made in black and white. Viewing Portugal from this perspective, void of color and clearly identifiable landmarks, is quite interesting.

One can’t help but picture the street of the Alfama and how dull they might be were they really without their mismatched color palettes and bright, patterned tiles .

I recommend the Night Train to Lisbon movie to anyone who is planning a trip to the Portuguese capital in the near future.

It’s one of the more recent international films to have been shot in Lisbon just a few years ago.

The story actually starts in Switzerland, where a professor named Raimund sees a woman hanging over the edge of a bridge, as if preparing to jump. He managed to pull her back and intends to get her some help, but she takes off and leaves her coat behind.

Raimund is pulled into a journey of trying to track down this woman, and is eventually lead to a ticket for the night train from Switzerland to Lisbon. He takes the train, believing he might be lead to someone who can help find her, and eventually finds her family and personal life in Portugal.

Watching this film you’ll follow Raimund through many streets and neighborhoods in Lisbon. As new characters come into play, so do further parts of the city and of Portuguese history. It’s a beautiful journey of a film that leaves you feeling like you could have just done a free guided walking tour through Lisbon itself.

That Good Night is a phenomenal film that is one of the most recently shot pieces in Portugal. It came out recently in 2017, after five weeks of filming in the Portuguese Algarve.

It is the story of an elderly writer who finds himself to be terminally ill. His last wish is to track down and reconnect with his estranged son with whom he has had no contact for years.

The Algarve is Portugal’s Faro district. It is the southmost point of Portugal; a region of white sandy beaches, cliff faces and golf resorts.

A lot of travelers to Portugal begin in the capital city, Lisbon, and then make their way south to spend some time enjoying the sun and beaches. That Good Night is a look at the suburban side of the Algarve and the village lifestyle of the locals.

One can catch a train from Lisbon to the Algarve with a journey duration of around three and a half to four hours.

If the Algarve is the beach district of the south, Porto is the one of the north. Heading directly north from Lisbon will bring you to this medieval, baroque inspired coastal town with its astounding architecture and colorful aesthetic.

The film Porto was shot here, in Porto, in 2016. The story follows to expats living in the town on a love affair that will continue to haunt them long after leaving the district itself.

Most of the film was shot in Porto and the visuals do a wonderful job of setting an accurate scene of the real life town. Porto is already a sought after travel destination in Portugal, but this movie really put it on the map for people who had previously never considered it.

Porto can be reached from Lisbon via train. The journey is little under 3 hours.

The Invisible Circus was one of Cameron Diaz’s earliest acting roles.

The film is centered around her supposed suicide in Portugal. In the film, Diaz’s sister makes the decision to travel from San Francisco to Portugal in order to uncover better understanding of what could have lead to her decision to take her own life.

Her journey eventually leads her to her sisters Portuguese boyfriend, and a world full of secrets and revelations.

It is unclear where exactly the majority of The Invisible Circus was filmed while in Portugal, though it appears to be a mix of Lisbon and Porto.  It was filmed back in 2001, so it is neither new but definitely not one of Portugal’s older works.