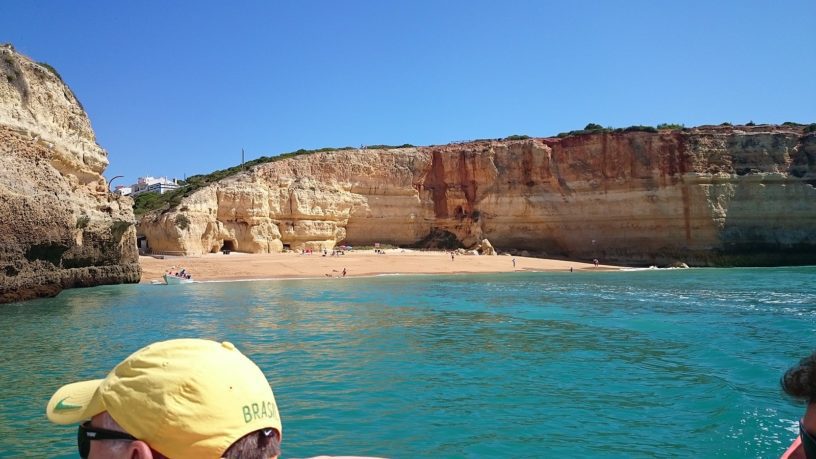 There are few better destinations in Europe for beach lovers than Portugal and the Mediterranean coast.

Spanning 850km, the Portuguese coast line boasts hundreds of splendid beaches all begging to be explored. Some of them remain completely untouched by tourist life, while others offer vibrant attractions for travelers and locals.

Keep the following 10 on your radar! 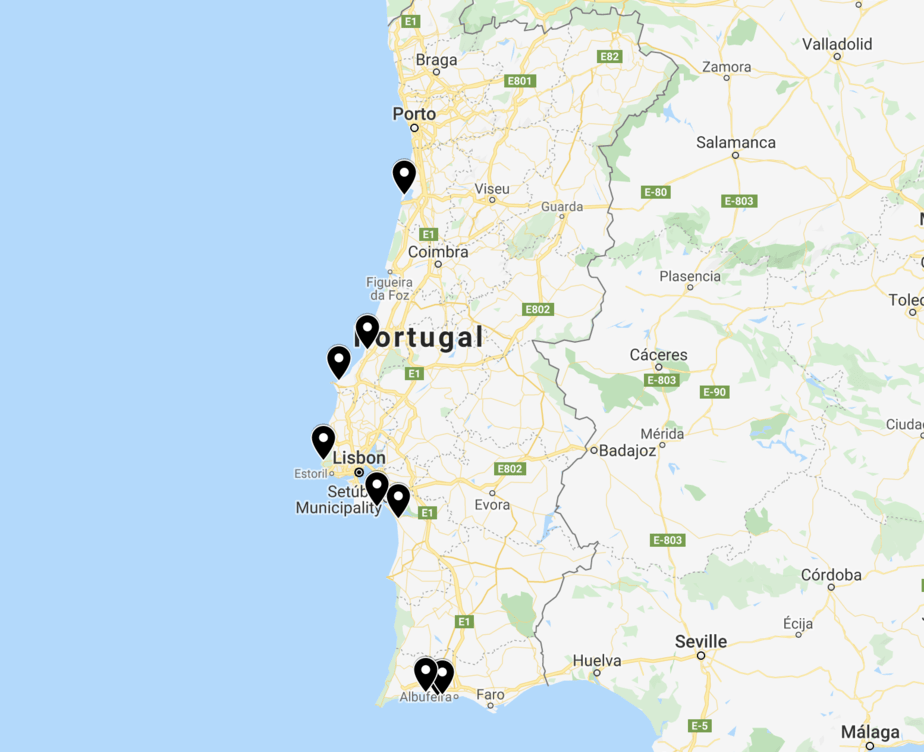 If you’re visiting Lisbon, it’s likely you’ll set aside a day during which to visit the hill-filled region of Sintra about forty minutes from the city center.

While inland Sintra features castles and lush forest life, as you make your way deeper into the National Park you’ll eventually come to the cascading coastline and a multitude of beaches. 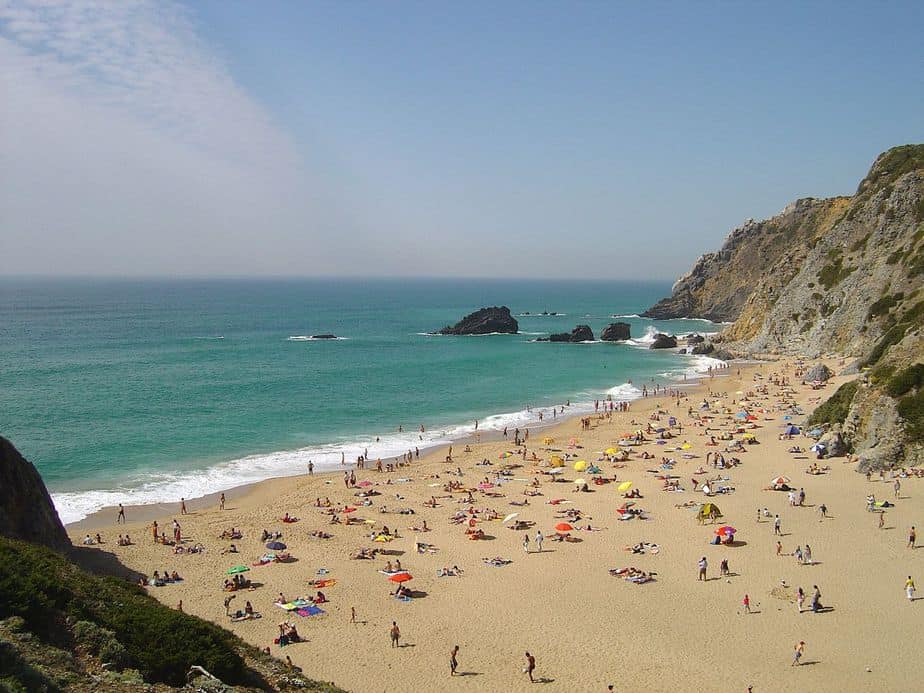 Praia da Adraga boasts stunning views and crystal blue waters. Few people make the effort to get here so don’t be surprised if you have the beach to yourself on any given day.

Note: This beach involves a manageable hike down to and up from the bay.

The Praia de Benagil is one of the most photographed beaches in Portugal. It’s likely you’ve seen the impressive cave structures in previous travel advertisements for the country.

This beach is part of the small fishing village in The Algarve called Benagil. It is only accessible by boat, and there will be ample individuals in the main bay willing to take you around to the sand where you can spend the day. 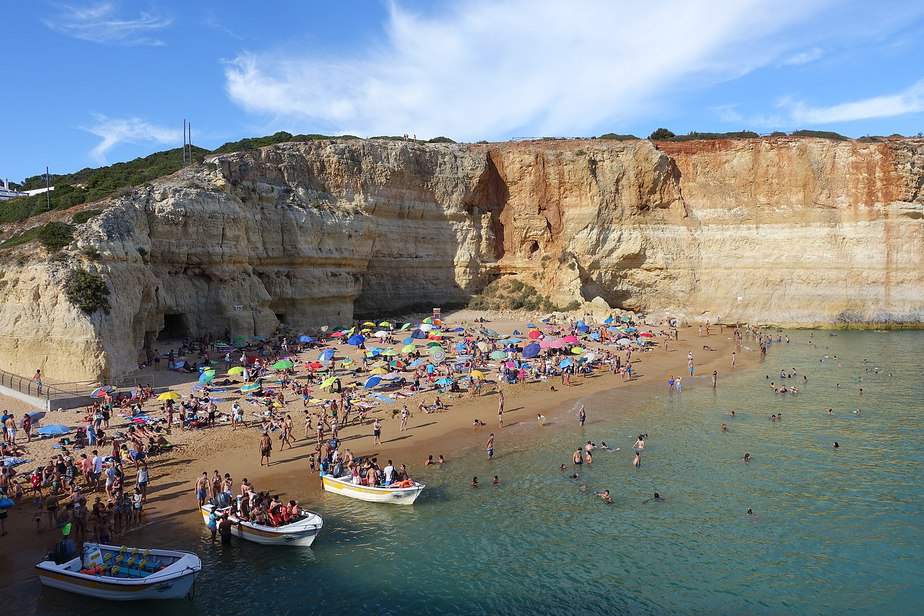 Nazaré is actually a cluster of beaches as opposed to one main stretch. This village in Ribatejo, on the Atlantic Coast of Portugal, is fast becoming one of the country’s most popular surfing towns.

In fact, Nazaré is the site where the largest wave in the world was once surfed. The bay offers expansive beaches backed by lush, green hills. 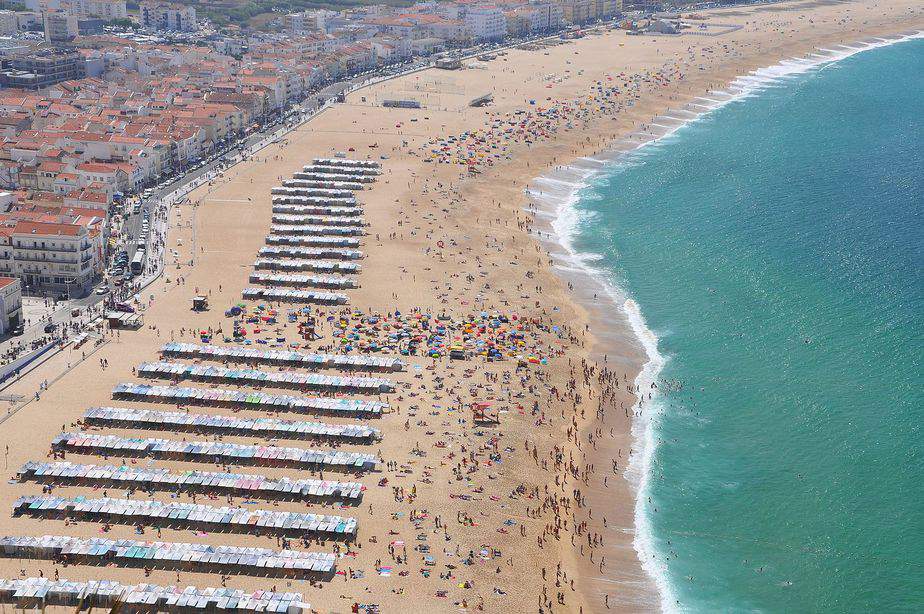 Back to The Algarve we go, but this time to the far west. The Praia da Senhora da Rocha is a cliffside beach like you’ve never seen it before.

Comprised of sculpted sandstone that glows bright orange at certain times of the day, these heavy cliffs take one down to an expansive beach area that is actually one of the best places for swimming in The Algarve.

It’s a blue flag beach, so there are lifeguards at all times as well as cafes and refreshment areas near the main stairs. 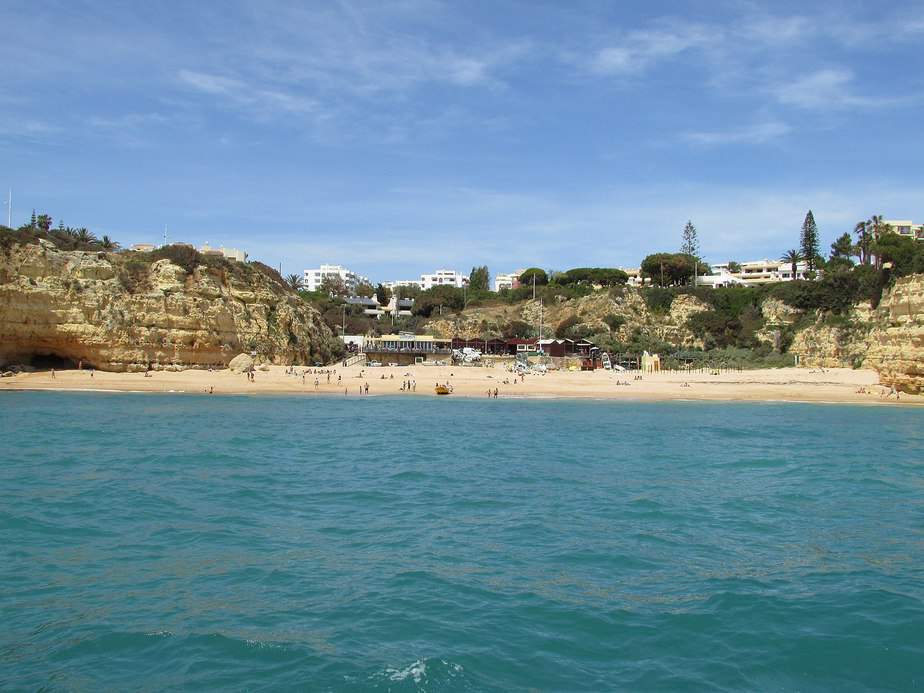 About a thirty minute drive further west from Praia da Senhora da Rocha will bring you to the region of Portimão, and another splendid beach with a similar name: Praia da Rocha.

This is one of the best resort beaches in the country, featuring a vibrant holiday-making town filled with hotels, entertainment and nightlife. The Praia da Rocha is a large beachfront that is central to all of the action.

Comporta is one of the most interesting and largely unknown beaches in all of Portugal. The terrain you’ll find here is unlike anything you’re used to on this coast. This is because Alentejo retains desert sand in the port town of Alcácer do Sal.

Comporta beach stretches for as far as the eye can see. It’s a soft space, from the sands to the water, and is a popular getaway for Portuguese locals who grew up knowing of this beaches existence.

In season there will be a handful of refreshment stations but it is always best to take sufficient food and drink during your visit to Comporta. 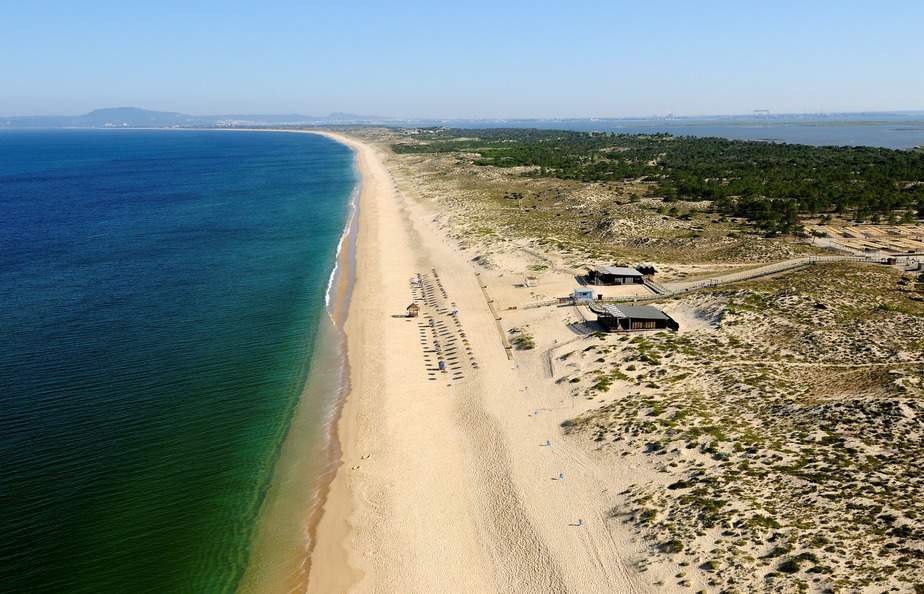 Another terrain you’ll likely be unfamiliar with in Portugal is molten rock.

The beach of Caneiros and Ponta da Ferraria is an aquatic alcove that was formed via the cooling of volcanic lava that managed to form deep tidal pools in the bay.

This beach is dark; almost black in visual from the pools to the cliffs. One must visit during low tide if they want a chance to swim safely in the bay. A particularly magical place to dip under the dark of night when the stars are above head. Make use of the pool ropes for extra safety. 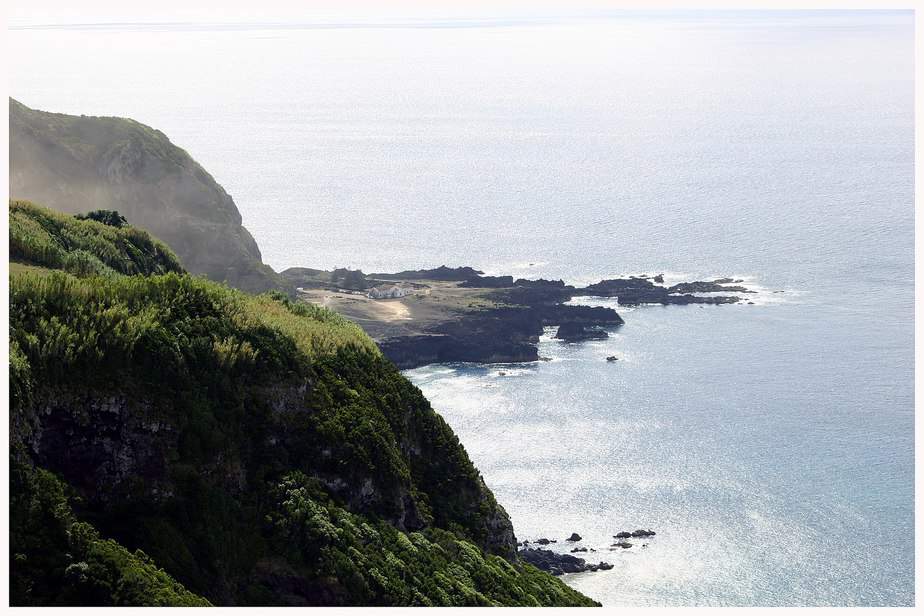 Porto is a tourist hub of Portugal, yet few people make the time to laze on the beaches of the impressive nature reserve in Aveiro.

It could be that because this beach spans an astounding 8km in length, you simply don’t see the others who share it with you. Whatever the reason, lovers of unspoiled, immensely tranquil beach-sides will be in heaven at the the Dunas de São Jacinto.

Note that there are absolutely no cafes, restaurants, vendors or lifeguards present on this beach. You’ll have to take everything along with you if you intend to spend a significant amount of time here.

Most people are under the impression that one has to day trip out to Cascais if they would like to experience a beach while in Lisbon.

On the contrary, North Lisbon has many beaches of its own to offer. All you have to do is cross the Pont 25 de Abril from the city center.

Find your way to the Peniche Peninsula and the Praia do Baleal. This lush scape offers 4km of beachside featuring wonderful restaurants and the best seafood in the region. 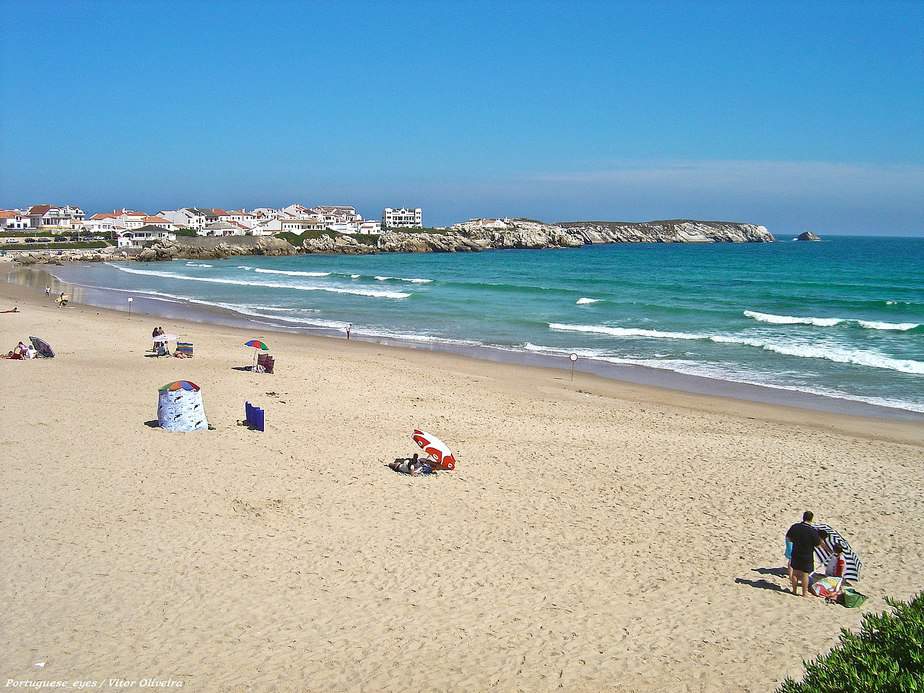 I’ll end off with one region of Portugal that blew me away upon my first visit. Heading south from Lisbon will bring you to a gorgeous nature reserve known as the Portinho da Arrabida.

Within this protected region, you’ll find many a glorious beach surrounded by lush foliage that takes you right out of civilization in the best possible way. It is widely regarded as one of the most beautiful places in Portugal, and rightfully so.

The coast is alive with nature and wildlife, as well as various holiday-making attractions year round.