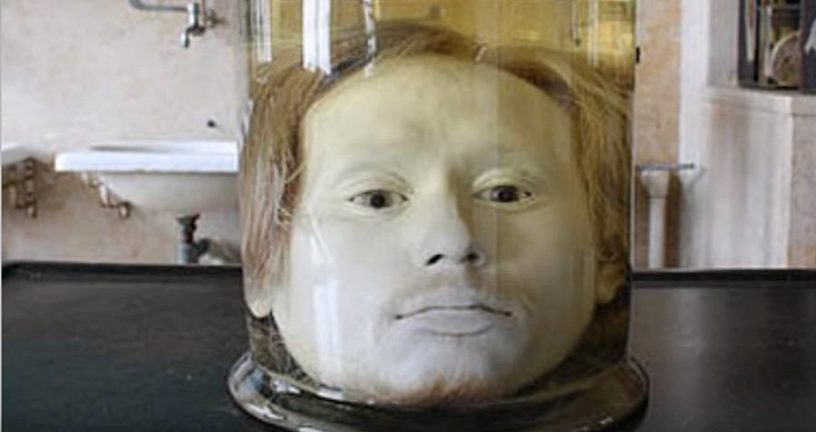 If this is your first time hearing about Portugal’s first documented serial killer — welcome! The infamous Diogo Alves is a tale of a complicated man who caused chaos in an otherwise safe country.

Here are 10 interesting facts about both his life before and after death — you’ll see why!

…yet in the span of just 4 years (between 1836 and 1840) he managed to kill a grand total of 70 people. Thats around 17 people per year, or 1.5 people per month. For this period of the 19th century, these are relatively unheard of statistics. 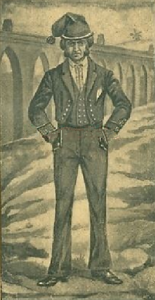 2. He Earned the Name ‘Aqueduct Murderer’

What is perhaps more interesting is that he committed all of his crimes within the confines of one small area called the Águas Livres Aqueduct. It is after this area that he received the street-name ‘Aqueduct Murderer’.

3. He Had a Bad Accident as a Child

Naturally, historians will dig for any indication as to what could have driven a human being to commit such horrendous acts. They found out that Diogo suffered a horse riding accident as a young child, that resulted in a damaging blow to the head. The incident was such a significant event that it earned him the nickname “Pancada”, which means blow.

Historians have also deduced that at the tender age of 19, Diogo’s parents shipped him off to Lisbon to live and work. He didn’t adjust well to this new lifestyle, and quickly fell out of communication with his parents and into drugs and alcohol. It is then that he starts conspiring with an innkeeper named Maria “Parreirinha” Gertrudes, and it is presumed that it is this relationship that spurs the first of his murders. 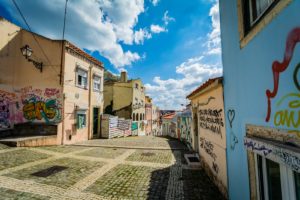 Diogo’s tactic was to rob random people who passed by, and to take their lives in the process. To avoid getting caught, he would then drop the bodies from a height of at least 60 meters, which meant the bodies were hard to identify and suicide was the only explanation. Initially, this succeeded and law enforcement had no idea these were actually murders. It was only after it kept happening that they started to suspect a pattern.

6. The Murders Were Never Proven

When Diogo was eventually trialed, it wasn’t the murders that he was sentenced for. Diogo was punished for other crimes that he and his gang got up to when he wasn’t running solo setting up suicide scenes.

His gang were known for being brutal individuals, and their crimes included the murder of an entire family of a local doctors. It was Maria “Parreirinha” Gertrudes’s 11 year old daughter who eventually testified against her mother in court and exposed her involvement in the gan activities.

7. Diogo Was Sentenced to Hanging

And many remain under the false narrative that he was the last serial killer to be punished in this way. While this is not true, Diogo did lose his life to the noose in a public square where all could watch if they so desired. 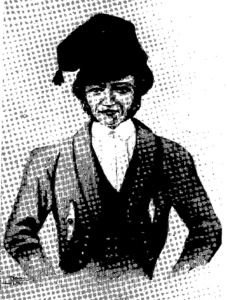 8. His Behavior Puzzled the Medical-Surgical School of Lisbon

And both scientists and historians spent much time trying to understand why and how a human being could commit such atrocities with seemingly no remorse. They proposed a study of his brain post-hanging, in attempt to come to conclusions about his behavior.

9. This Post-Hanging Brain Request Was Approved

After his hanging, Diogo’s head was cut off with the intent to be studied. Unfortunately, scientific instruments of the time were not advanced enough to draw conclusions about his brain compared to that of a “sane person”.

The head was then stored in formaldehyde in a jar, where it remans to this day.

10. One can Visit Diogo Alves’ Head at the University of Lisbon’s Faculty of Medicine

It sits in a dedicated cabinet that was put together by José Lourenço da Luz Gomes. The cabinet also holds a jar of the brain remains belonging to one of the last people to actually be executed in Portugal, Matos Lobo. 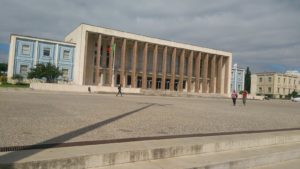