Learn from the French Museum of Freemasonry 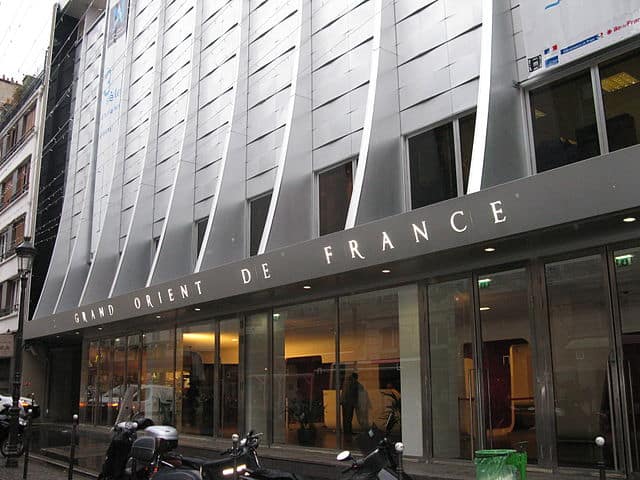 Exterior of the French Museum of Freemasonry

Learn from the French Museum of Freemasonry

If you’re anything like me, any sort of secret society is interesting. When I first read up on the Freemasons, I was instantly intrigued! The rituals, the rites, the mystery! You better believe that I fell into quite the click hole when I first discovered that this society exists.

Freemasonry exists all over the world, and France is not exception. In Paris, a city that is overflowing with museums, there is (no surprise), a Freemasonry Museum. In French, the museum is called the Musée de la Franc-Maçonnerie.

The museum is located in the headquarters of Freemasons in Paris, in the 9th arrondissement.

Keep reading for everything you can learn from the French Museum of Freemasonry!

Freemasonry has existed since the 14th century! Yes, it is that old. Members of the society trace their origins back to a group of stonemasons who came together to regulate their interactions with the public and with authority. The group is open to men only, and membership today is estimated to be between 2 million and 6 million! 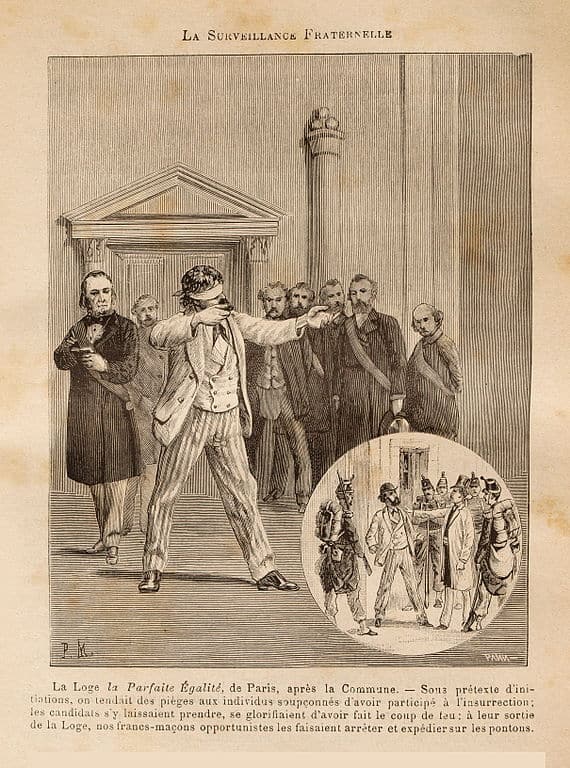 In the Middle Ages, guilds of stonemasons and cathedral builders began to thin out due to decreased cathedral building and stone working job availability. The guilds soon began to accept “honorary” members from outside the trade in the hopes of increasing membership.

In these guilds, often called “lodges,” it is assumed that the traditions of Freemasonry as we know today begun. In the 17th and 18th centuries, the lodges began to adopt rites and rituals from ancient religious orders and brotherhoods. In 1717, the first  “Grand Lodge,” or a partnership of many lodges, was created in England.

Freemasonry was spread far and wide thanks to the British Empire, and even today, is most popular in the British Isles.

What are some Freemasonry traditions? 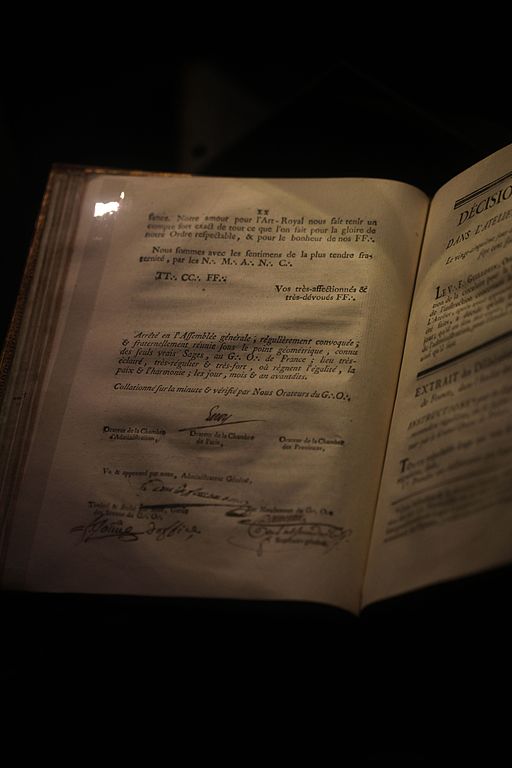 The first Statutes of the Royal Masonic Order of the Grand Orient de France, as seen in the Museum of French Freemasonry in Paris by Rama – WikiCommons

There are many rites and rituals associated with Freemasonry. I have to admit I was a little bit confused when I first read up on them, but then I watched a documentary (Inside the Freemasons on Netflix is excellent!), and I understood a bit better. Let me map out a few for you here.

First of all, it’s important to remember that Freemasonry is not a religious society. They may have the some of the same values as Christianity, such as the encouragement of modesty, chastity, and obedience, but they do not operate with any sort of religious text or deity. That being said, it is required that you believe in a “Supreme Being” if you’d like to join.

In the majority of Freemason lodges, members are divided into three major degrees, which consist of: entered apprentice, fellow of the craft, and master mason. Within these major degrees are up to thousands of minor ones, but this tends to vary from country to country.

Freemasons are outfitted with different aprons as they move through the different degrees. The higher up you climb, the more elaborate your apron will be. Leaders of the lodges are called “Grand Masters.” Their are other leadership roles in Freemasonry which are called “Worshipful Master,” “Deputy Grand Master.” If these roles sound serious it’s because they are! Well, for Freemasons, at least. 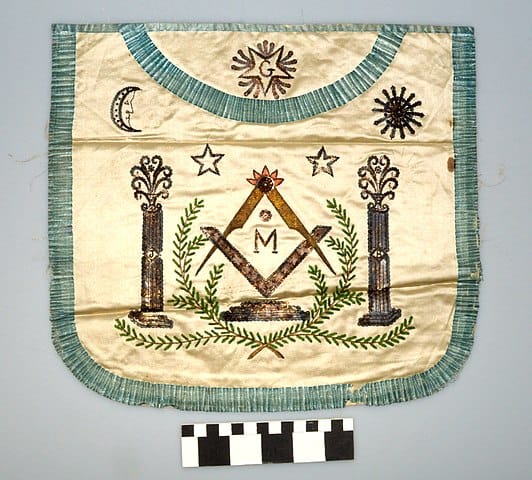 In addition to the traditional Freemason lodges, several other types have popped up in recent years. These groups are basically social gatherings that have taken some ideas from the traditional Freemasons. In England, lodges for women only have been created, as well as options for younger boys and girls. The catch? Also in England, “true” Freemasons are not allowed to associate with these types of lodges.

What you will find in the French Museum of Freemasonry

Lafayette’s Freemasonry sword, as seen in the French Museum of Freemasonry by G.Garitan – WikiCommons

The French Museum of Freemasonry in Paris has been open since the late 19th century, but has only been open to the public since 2000. Much of the collection was actually destroyed when Paris was under occupation during World War II, but has since been re-bolstered. The Grand Orient de France, which is one of the largest Masonic associations in France, is responsible for its founding.

Many famous French citizens were known Freemasons, such as the author Voltaire or the military hero Lafayette. Inside the museum, you’ll find relics associated with these franc maçons (that’s Freemason in French!).

The museum will also walk you through the arrival and spread of Freemasonry in France, as well as how it evolved from the French Empires, through the French Revolution, to today.

If you visit the museum, you’ll get an insider’s look into the secret society of Freemasonry. The museum also features artifacts like paintings, jewellery, books, manuscripts, seals, objects that belong to different French lodges, and medals, to name a few! The museum houses over 10,000 different items which are on display, and boasts 23,000 volumes of texts which are kept in its archives.

Arguably the museum’s most prized possession is a portrait of the Comte de Clermont, who was the Grand Master of the Grand Lodge of France from 1743-1771.

Did you know about Freemasonry before you read this article? Are you like me and have fallen into the Freemasonry click hole? I hope that this post has been helpful! And hey, now you have a museum and a documentary to look forward to if your curiosity has been sparked!

Are you in Paris and looking to learn more about this beautiful city? I don’t blame you! Click here to learn more about all of out walking tour options, and explore Paris with one of our local guides! And hey, why not ask them what they think about Freemasonry in France?