Kuala Lumpur – Activities & Things to do 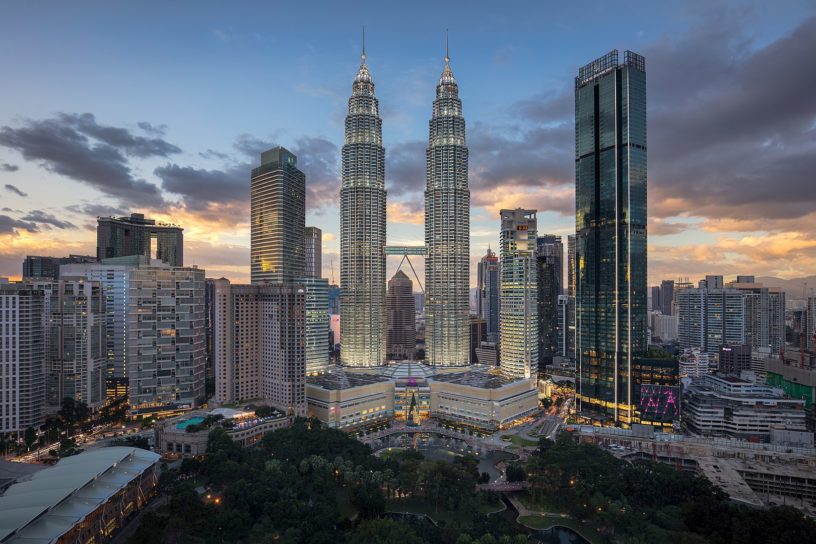 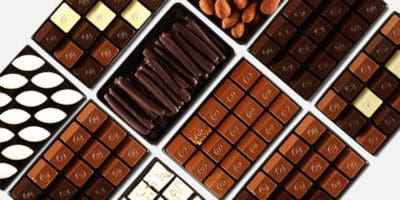 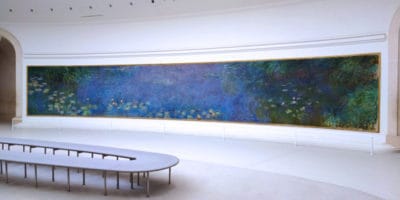 Things to do in the Orangerie 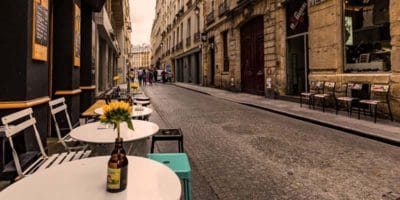 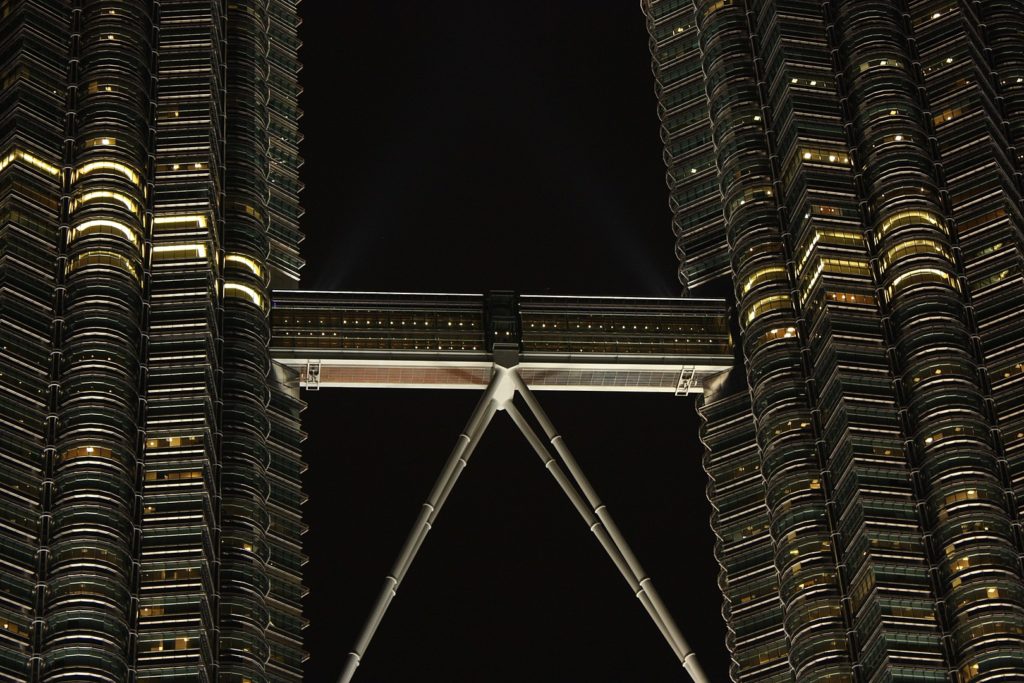 At one time, this building was the tallest in the world. This was between 1998 and 2004 when the Taipei 101 tower took the crown. Technically, it is believed to still be the tallest twin towers.

The Sky bridge connecting the twin towers offer some of the most magnificent sweeping views of the city below and beyond.

This is no surprise therefore to know that thousands of people who travel to Kuala Lumpur include a tour of this building in their bucket list.

Defined by the stainless steel and unique Moorish design, Petronas Twin Towers has a thrilling story behind its construction and design.

Here are the top 10 incredible facts about the Petronas Twin Towers in Kuala Lumpur.

1. The design of Petronas Twin Towers was done by architects Fazlur Rahman Khan and César Pelli

The Petronas Towers structural system is a tube in tube design. This design was done by architect Fazlur Rahman Khan. This technique soon became common for extremely tall buildings.

Another responsible architect was Argentine-American César Pelli. He designed the towers in a unique post-modern style.

Planning of this building was first done in 1992 with several tests done.  They carried out simulations of wind and structural loads on the design

The two 88-floor towers were constructed largely using reinforced concrete since the cost of steel was expensive.

Its façade is made up of glass and steel with Islamic art on it, this is a reflection of the main religion in Malaysia.

It took 500 truckloads of excavated dirt to create the foundation of the building which was 30 metres below the surface.

This building used more than 13,200 cubic metres of concrete, the largest ever used in Malaysian construction history. 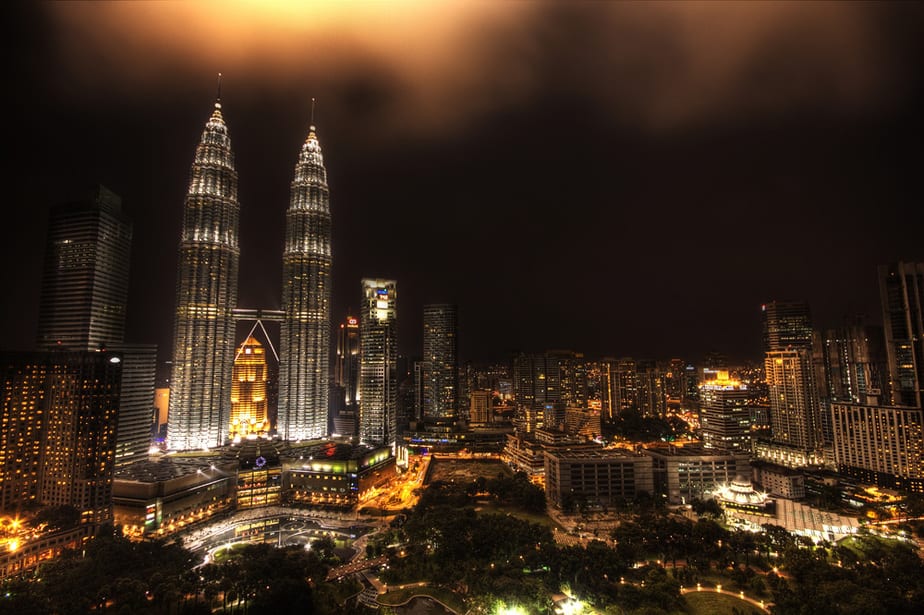 Building the foundation of the Twin Towers started in 1993 and was completed seven years. The construction of the superstructure was launched on 1 April 1994.

This was after the Malaysian government specified that it should be completed in 6 years.

To be able to meet the deadline, two construction companies were commissioned to construct the two towers simultaneously.

These companies built an average of one floor every 4 days. They were able to finish the work in 1998.

The building was officially opened by the Prime Minister of Malaysia on 31 August 1999.

3. The first design of the Petronas Twin Towers was rejected

The current design of the Petronas Twin Towers is not the first design that was proposed. Interestingly, they were all done by Cesar Pelli.

Prime Minister Mahathir rejected the initial designs stating that they lacked the Malaysian feel and touch.

He wanted a building that all Malaysians could relate to, be proud of and a world-class structure.

It took a while before Cesar Pelli understood the assignment. The prime minister had to practically elaborate his vision for this building.

The final design was of an eight-pointed star, which in Islamic culture represents unity, harmony, stability, and rationality.

This new design had limited floor space and Pelli solved the problem by adding semicircles to each of the inner angles.

4. The Petronas Twin Towers has the highest Sky bridge

These two towers feature a double-decker sky bridge connecting them on the 41st and 42nd floors. It is also the highest 2-story bridge in the world.

This sky bridge is not attached to the main structure, instead, it was designed to slide in and out of the towers to prevent it from breaking.

It took three days to lift the sky bridge from the ground. The crane used had developed a technical issue due to heavy rains.

During high winds, the two towers sway towards and away from each other. Therefore. The bridge provides some structural support to the towers during windy days.

The bridge is 558 feet above the ground and 192 feet long. It weighs 750 tons. The floor of the bridge is known as the podium where visitors going to higher levels switch elevators.

Tickets to the bridge are limited to 1,000 people per day.

5. The Sky bridge doubles as a fire escape 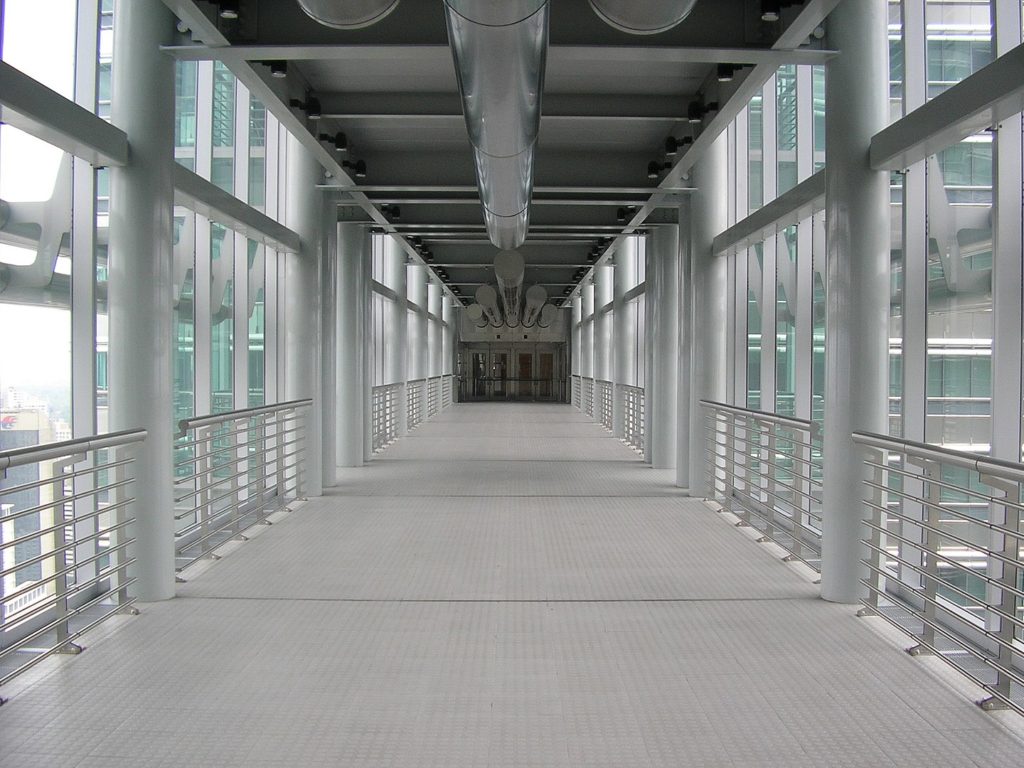 The sky bridge also acts as a fire escape in the event of a fire or an emergency in one tower.

However, the bridge is said not to be effective in such cases in the event both towers needed evacuation at the same time. It has limited space in its staircase to carry a large capacity.

6. Petronas Twin Towers has the largest mall in Kuala Lumpur 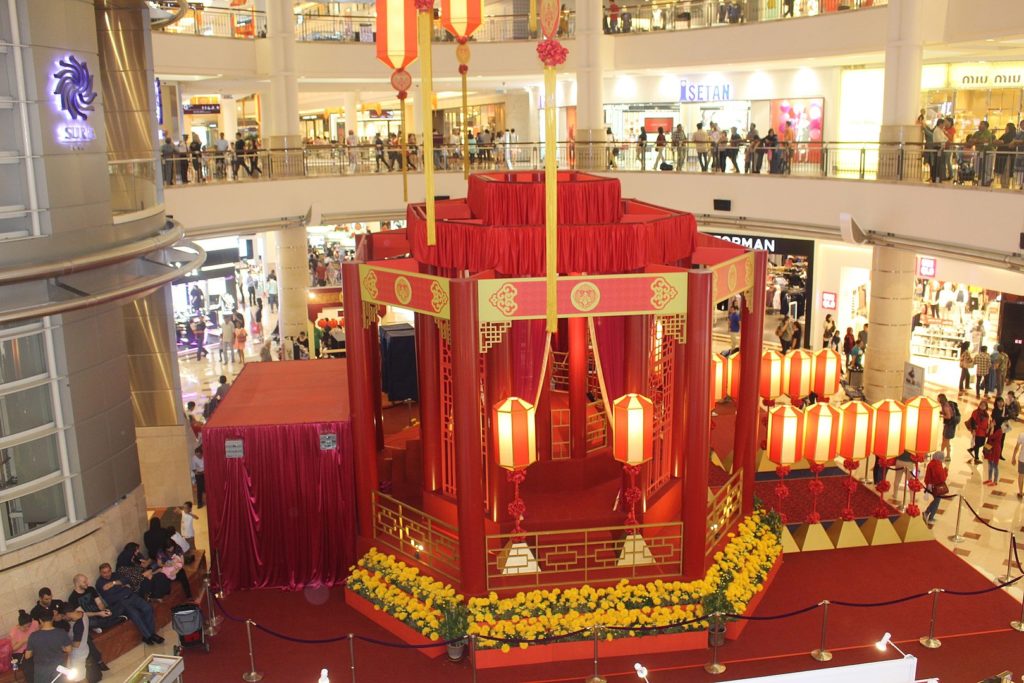 This mall, known as Suria KLCC, is one of the largest shopping malls in Kuala Lumpur. it covers 140,000 square meters of floor space and features stores of many luxury brands.

Other attractions found in the mall include an art gallery, a theatre for a philharmonic orchestra, an underwater aquarium as well as a science centre.

The mall has about 200 stores. During holidays and festive seasons, the mall features beautiful decorations especially at the main entrances and at the Centre Court.

7. The Twin Towers were built on the site of Kuala Lumpur’s race track

The towers were built on a former race track and about 500 truckloads of the earth were excavated on this site.

Concrete was continuously poured at the 30-metre-deep excavation for 54 hours for each tower. The foundation used 13,200 cubic metres of concrete.

The final result was twin towers covered in 33,000 stainless steel and 55,000 glass panels. Its pinnacles had 23-segment spires and ring balls consisting of 14 rings of varying diameters.

There are double-decker high-speed lifts that take 41 seconds to get to the sky bridge.

8. These Twin Towers have featured in several films

This is definitely one of the most renowned iconic landmarks of Malaysia. It is, therefore, no surprise that it has been featured in many international films.

One of the best-known films is Entrapment (1999). Several scenes of this movie were filmed at the towers, with the climax set on the Sky Bridge.

A modified version of the twin towers was also featured in the movie The Tower shot in South Korea. In this movie, the Sky Bridge collapsed when visitors and tenants were trying to cross after a fire broke out.

9. A daredevil scaled up Petronas Twin Towers in just 2 hours

On the morning of September 2009, a French urban climber Alain “Spiderman” Robert, attempted to scale the skyscraper using only his bare hands and feet.

He got to the top in 2 hours. This was not his first attempt, Alain’s previous attempts got him arrested twice.

During his first attempt in 1997, he was arrested on the 6th floor, he was just 28 floors away from the summit. His second attempt in 2007 was halted on the same floor but on a different tower.

10. The design of the Twin Towers is cultural 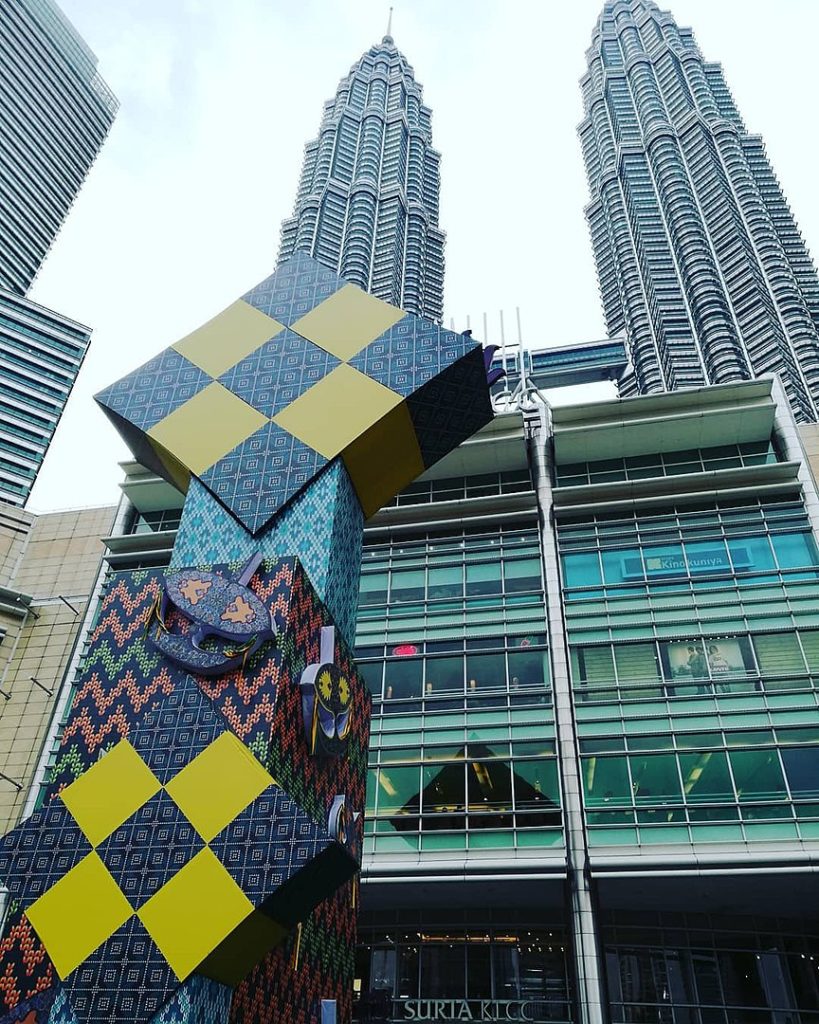 There are several cultural motifs incorporated into the design of the building. These were the suggestion made by the then prime minister who wanted a Malaysian representation.

Each tower resembles the shape of an eight-pointed star, created from two interlocking squares.

This is an Islamic geometric pattern representing the principles of unity, harmony, stability and rationality.

Interior themes mirror local handicrafts and weaving patterns, while wall panels and screens were inspired by hardwood carvings from the east coast of Peninsular Malaysia. 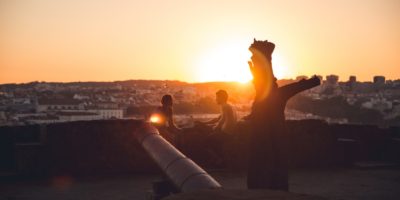 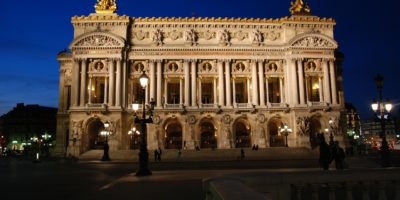 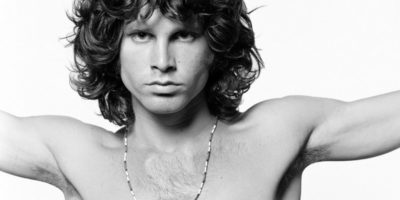