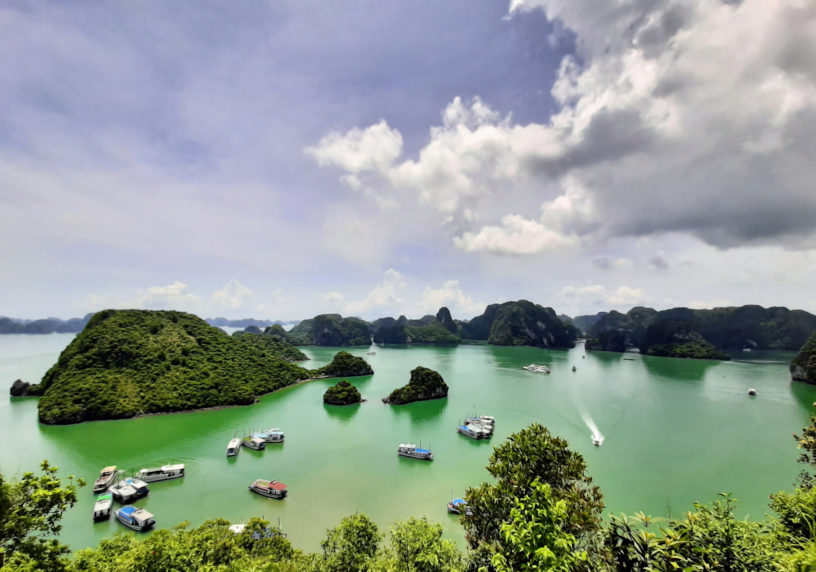 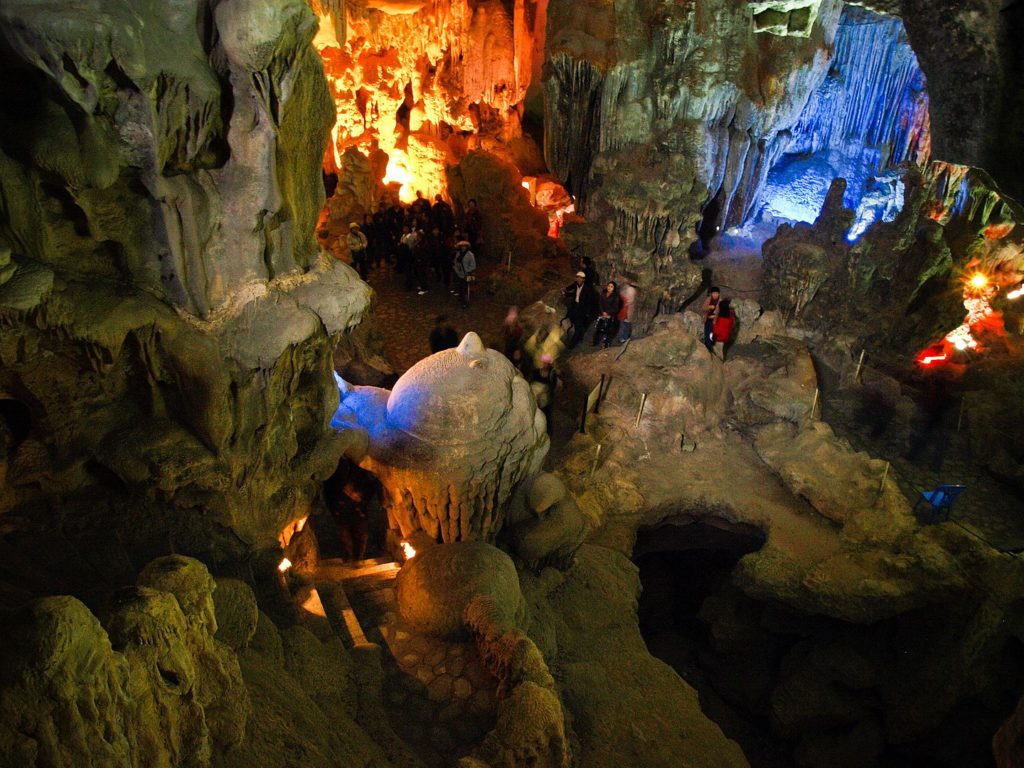 Photo by Erik A. Drabløs – Wikimedia

Halong Bay is known for its beauty and enigmatic charm. This Bay has attracted several explorers who enjoy the adventure they find here.

The Bay is found in the northern part of Vietnam in the Quang Ninh province. As one of the New Seven Natural Wonders of the World, Halong Bay is also a UNESCO Heritage Site.

Featuring thousands of beautiful limestone karsts, and around 2000 islands and islets, Halong Bay is one of the most visited natural landmarks in Vietnam.

Halong Bay is not only a national monument but also home to Vietnamese communities.

These people live in floating villages, subsequently, there are several other islands on this bay that are uninhibited.

I have listed the top 10 incredible facts about Ha Long Bay.

1. Halong Bay has more than a Thousand Islands

Ha Long Bay consist of more than 1,900 different islands. Each of these islands is different in its rock formation, shape, plants and animals.

These islands are made of limestone monoliths with thick vegetation some looking like jungles. Some of the islands have large caves.

The islands have each been named according to their shapes like Mai Nha that resembles a roof and Ga Choi resembling a fighting rooster.

This Bay is also defined by its unique turquoise coloured water. The water is said to be the saltiest and clearest in the whole of Vietnam.

There are two bigger islands that are inhabited and have hotels, beaches where tourists stay. Other smaller islands have pretty beaches too.

2. There are four fishing villages in Halong Bay 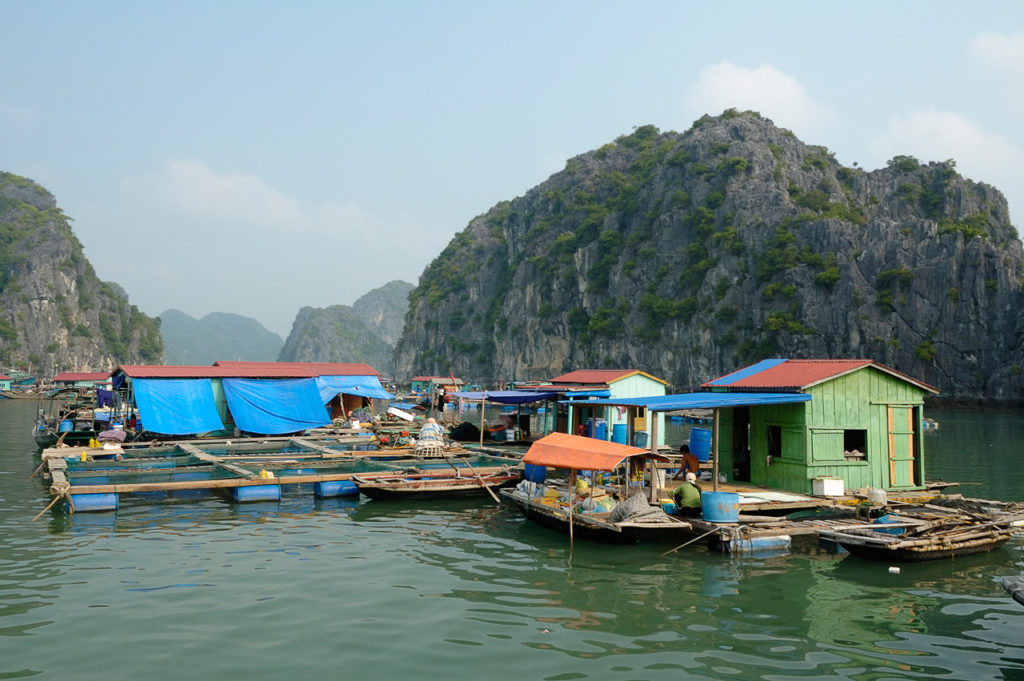 There are around 1,600 people that live on Hạ Long Bay. They live in the four fishing villages; Cua Van, Ba Hang, Cong Tau and Vong Vieng.

These people live in floating villages and make a living from fishing as well as cultivating marine biota.

They breed about 200 species of fish and 450 different species of molluscs. Some wild animals and birds that live on these islands include bantams, antelopes, monkeys, and lizards.

3. There is a local legend on how the islands on Halong Bay were formed

According to local legend, just when Vietnam had just started to develop into a republic, they had to fight off invaders.

They needed help to defend their territory so the gods set dragons as their protectors. These dragons would spit jewels and jade.

Through magic, massive rocks appeared in the sea and blocked the ships of invaders.

After winning the war, the dragons ventured into travelling the world and sightseeing. They settled in the bay and the mother dragon settled in Ha Long.

4. Halong Bay is not deep

The bay is not as deep as one may imagine. It is only about 33 feet deep and has vast and rich marine life. There are about 1,000 species of marine life swimming around in Halong Bay. This bay is also the perfect place for snorkelling.

In 1962, the Vietnam Ministry of Culture, Sport and Tourism titled Ha Long Bay as a Renowned National Landscape Monument.

It was listed as a UNESCO World Heritage Site first in 1994. This was a recognition for its exceptional universal aesthetic value.

The New 7 Wonders Foundation officially added Halong Bay to the list of New Seven Natural Wonders of the world in 2012. This Ba is also a member of the Club of the Most Beautiful Bays of the World. 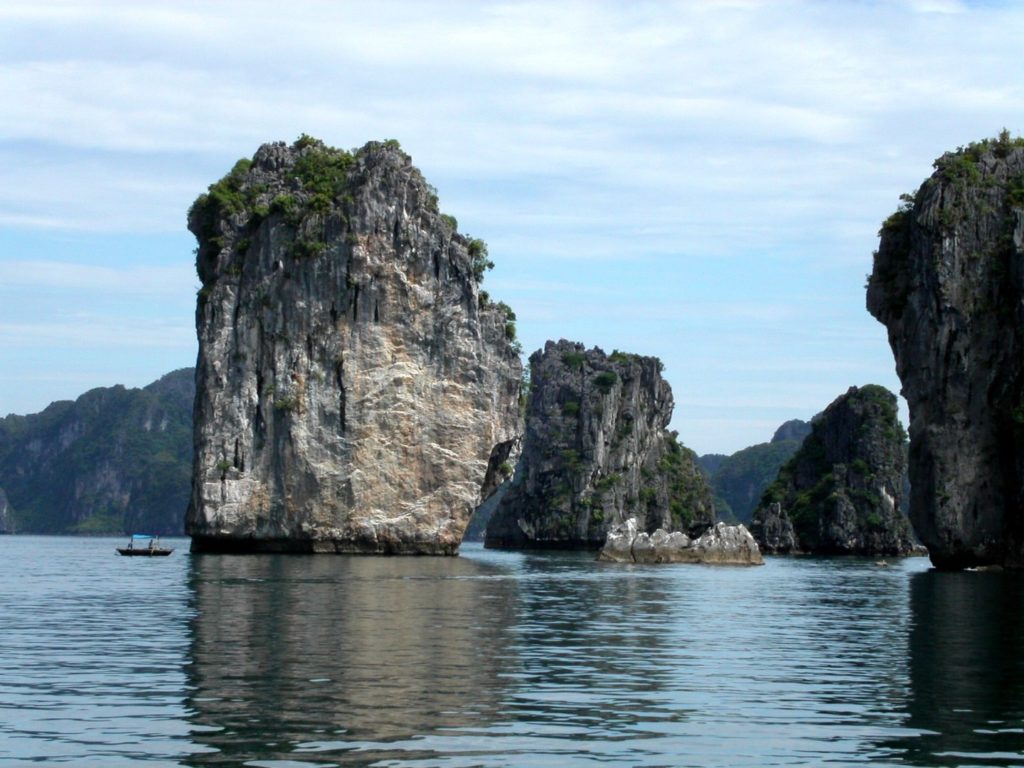 Halong Bay has seen an increasing number of tourist activities in the recent past.

To create space for more human activities, mangroves and seagrass beds were cleared and jetties and docks have been built for tourist boats.

Game fishing, near coral reefs, is also another activity that is threatening the existence of many endangered species of fish.

It is for this reason that local government and private entities are taking measures to allow activities with minimal impact on the environment.

They have introduced eco-friendly tours and strict laws on waste control in the resorts.

The World Monuments Fund also cited that the increasing demand for tourism is a threat to the existence of the Bay.

As it is part of the Watch-List, the committee works on promoting strategies that aim for a sustainable future.

7. Halong Bay has thousands of caves

Photo by Erik A. Drabløs – Wikimedia

With thousands of islands on Halong Bay, it is still unknown how many caves exist on this bay.

Some of the caves are famous while others remain unknown. The famous ones are big and open for tourists to explore.

One particular cave is the Hospital Cave. Vietnam used this cave as a fortress for its leaders during the American-Vietnam War.

They used it as a hideout and a bomb-proof hospital until 1975. Today, there are guided tours of the cave and one will get to see all the 17 rooms it confines.

The other popular caves that are open to tourists are The Trinh Nu Cave or Virgin Grotto. It is considered the symbol of true love, a romantic place for taking an oath of love.

The Sung Sot Cave, among the biggest and the most beautiful caves of Halong Bay, welcomes a lot of visitors every year.

Others are Luon Cave, Thien Cung and Bo Nau Cave.

8. Halong Bay is a pre-historic site

Archaeologists have discovered the presence of human activities in Halong Bay dating back to tens of thousands of years ago.

This has made Halong Bay one of the most important prehistoric sites in Vietnam. Several artefacts have been discovered in Bai Tho Mountain, Dau Go Cave, Bai Chay.

Vu Xuan Tao discovered a stone axe while looking for materials for his work.

9. There is an annual festival held at Halong Bay 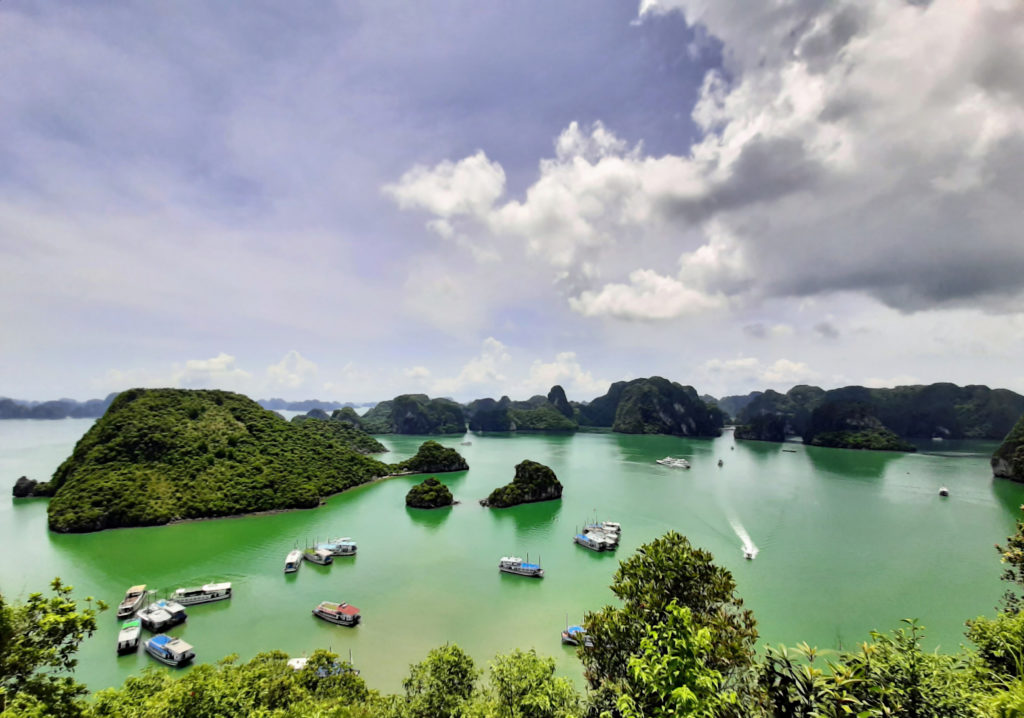 Halong Bay has been hosting the Halong Carnival since 2006. This has been one of the highlights of Halong Tourism Week.

This festival hosts some of the most sought after entertaining shows in Vietnam. Part of the celebrations includes the miss Halong Beauty Contest.

Halong Carnival takes place in the last week of April until the first week of May. It is held in the evening and features models, dancers and singers.

10. Halong Bay has been featured in movies

One of the most popular films shot in Halong Bay is Kong. It was shot in Ninh Binh and Quang Binh islands.

The Bay was used to depict a skull island, home to giant Kong.

This has been one way in which the Vietnamese government promote tourism through Hollywood films.

Its surreal and tranquil environment has attracted millions of tourists every year.