Top 10 Most Famous Songs about Istanbul 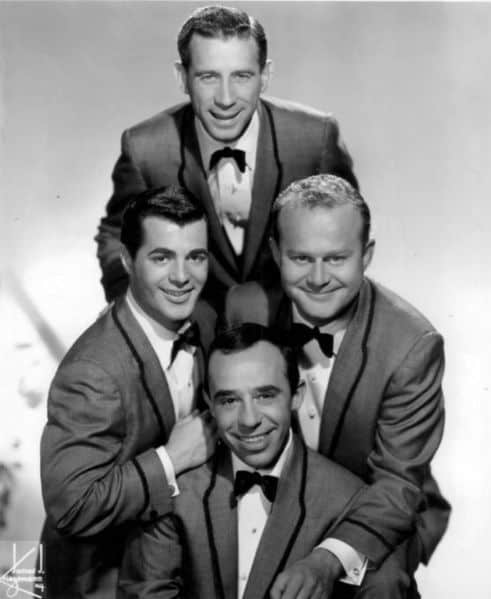 Top 10 Most Famous Songs about Istanbul

Istanbul is a massive historical city that has a deep and rich history. Since its establishment around 3.000 years ago, it has been the home of various civilizations and cultures. With its natural beauties and historical structures, Istanbul has always been an inspiration for poets, novelists, artists and musicians. Therefore, it is no surprise that so many songs have been composed mentioning Istanbul until today. From Tom Waist to The Four Lads, from Marc Almond to Turkish rocker Teoman, numerous musicians composed songs that reflect the magical and romantic essence of the city.

In this list of “Top 10 Most Famous Songs about Istanbul”, we will talk about the most well-known songs mentioning Istanbul. Let’s get started! 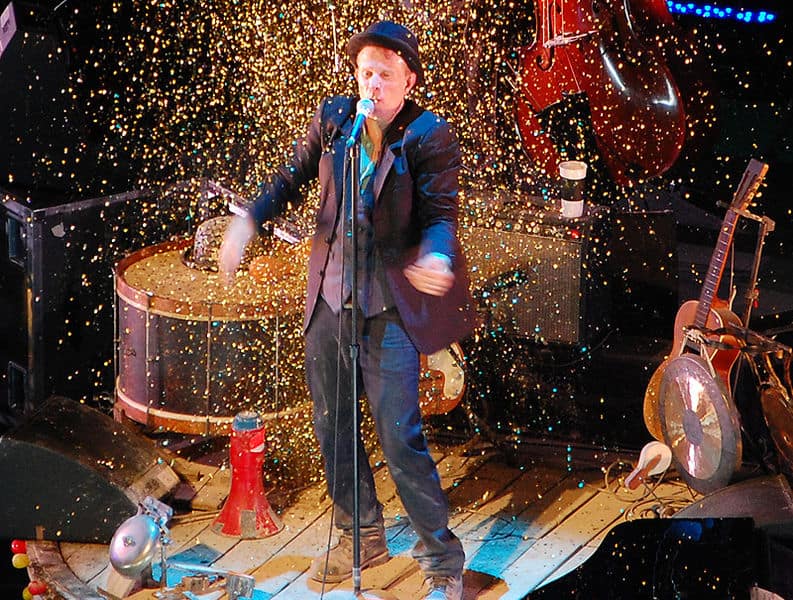 Probably the most famous musician that composed a song about Istanbul is American singer Tom Waits. Tom Waits, who won two Grammy Awards in 1993 and 2000, released the song “Telephone Call from Istanbul” in his album “Franks Wild Years” in 1987. In this song, Waits talks about his girlfriend who called her from Istanbul and told that she will be at home soon.

“I was all night long

On the broken glass

Living in a medicine chest

I got a telephone call from Istanbul

This song was covered various times by other singers and bands as well, like Belle Chase Hotel and The God Damn Liars and became a popular piece of art among music lovers.

2) She Took my Soul in Istanbul – by Marc Almond 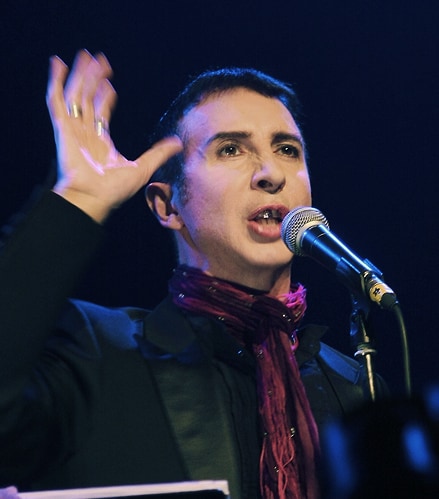 Another well-known song on our list of “Top 10 Most Famous Songs about Istanbul” is British star Marc Almond’s song “She Took my Soul in Istanbul”. Almond released this song in his album “The Stars We Are” in 1988. In this song, Almond pictures an orientalist atmosphere by talking about the smell of Turkish oil, tobacco and hashish when he met a girl in a bar in Istanbul. Almond sings:

“The scent of Turkish oils

Mixed with the harsh tobacco

In the overcrowded bar

And cool mint in her hair

I was a fool for love

Later in 1995, Almond produced another album called “Treasure Box” and covered this song by making it a 10 minutes long remix titled “The Blue Mosque Remix”.

3) Istanbul, not Constantinople – by The Four Lads

When the word “Istanbul” pronounced, it reminds many people one definite song: “Istanbul, not Constantinople”. Even though this song was composed by Canadian Jazz Band “The Four Lads” in 1953, it became famous after it was covered by American band “They Might Be Giants” in 1989.

This song touches a sensitive issue in a humorous way. As it is known, the insistence of some foreigners to call Istanbul “Constantinople” makes Turkish people angry for generations. That’s why; Turks enter into discussions with non-Turkish people whenever this issue is brought up. In this jazz song, the Four Lads promote the Turkish side of the disagreement in an entertaining way:

Been a long time gone, Constantinople

Even old New York was once New Amsterdam

Why they changed it I can’t say

So, take me back to Constantinople

No, you can’t go back to Constantinople

Been a long time gone, Constantinople

Why did Constantinople get the works?

That’s nobody’s business but the Turks.”

With its funny lyrics and rhythmic music, “Istanbul, not Constantinople” has always been a popular song and was used in various TV shows like “The Umbrella Academy”, “Raising Hope”, “The Muppets” and “Looney Tunes”. It was also covered by several bands and singers including Frankie Vaughan, Caterina Valente and the Sacados.

In our list of “Top 10 Most Famous Songs about Istanbul”, the fourth place belongs to a song that hit the music charts in Turkey in 1990s. The song titled “Istanbul” was written by Sezen Aksu and Fahir Atakoğlu and performed by Turkish pop star Levent Yüksel in 1993. “Istanbul” was one of the leading songs in Levent Yüksel’s debut album “Med Cezir” and soon became a sensation among Turkish music lovers.

In this song, Istanbul is described as a beautiful woman and her attractive features are mentioned one by one:

Istanbul, my darling, come and let me kiss your dewlap”

This song helped Levent Yüksel to become one of the most popular singers in Turkey. Even 17 years after the release of this song, it is still regarded as one of the cornerstones of modern Turkish pop and an excellent piece of art describing Istanbul in the most creative way. 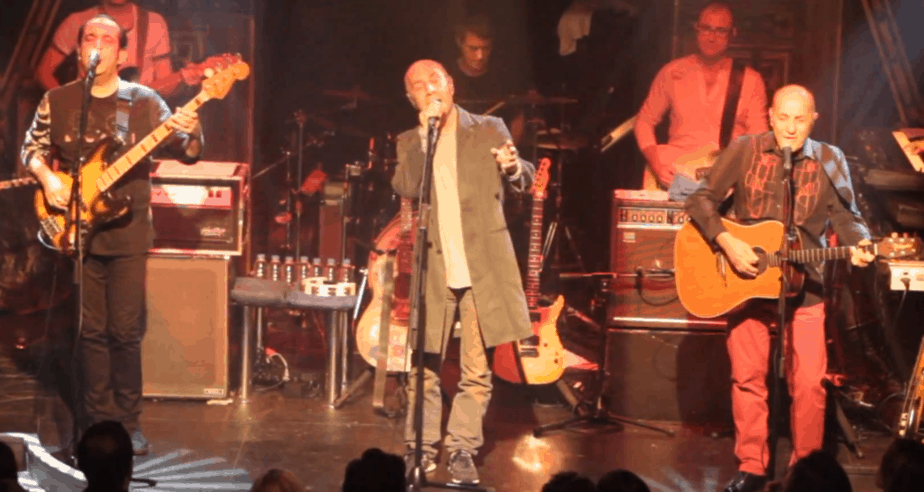 One of the most unforgettable songs of the 90s Turkish pop is without question MFO’s hit song “Bu Sabah Yağmur Var İstanbul’da” (This Morning There is Rain in Istanbul). Composed and performed by MFO (a pop band consisting of Mazhar Alanson, Fuat Güner and Ozkan Uğur) in 1984, “This Morning There is Rain in Istanbul” is regarded as one of the most impressive songs of Turkish music history.

In this song, the depressing and painful longing to a lover is described while Istanbul is in the background:

“This morning there is rain in Istanbul

My eyes are watery, I don’t know why

I cried this morning

The days are unbearable when I am away from you

The songs have become sad, even they cried

Thinking of you in songs

Will not bring you to me”

Even though this song was introduced in 1984, it is still a very popular art piece and is one of the most favorite songs of MFO fans.

6) Bekle Bizi Istanbul (Wait for us Istanbul) – by Edip Akbayram

In our list of “Top 10 Most Famous Songs about Istanbul”, “Bekle Bizi Istanbul” is the only political one.

This song was composed by Onur Akın, performed by Edip Akbayram and its lyrics were taken from famous Turkish poet Vedat Türkali’s poem that has the same title.

“Wait for us Istanbul” tells the hardships of the working class and promotes socialist values claiming that workers will rise one day and take over Istanbul. The song emphasizes the poverty of common people and criticizes the greed of the capital owners. In the song, it is said:

“We didn’t suffer for nothing

Wait for us with your huge Süleymaniye Mosque

Wait for us with your parks, bridges and squares

Wait for us Istanbul

We will destroy the rule of the tyrants

Wait for those days to come

Wait for us to parade with the songs of victory

Wait for us Istanbul!” 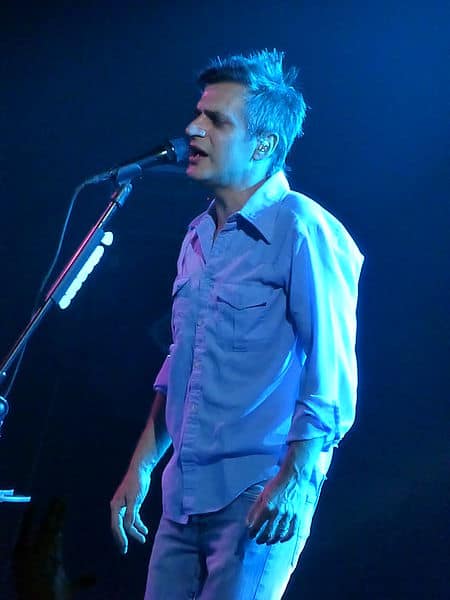 “Istanbul’da Sonbahar” (Autumn in Istanbul) is a highly impressive and at the same time depressing song that uses a similar technique with “This Morning There is Rain in Istanbul” by MFO and “Istanbul” by Levent Yüksel. In this slow paced song, Istanbul is resembled to a woman while Teoman’s childhood days and his relationship with his family are mentioned:

At that moment, I remember

And my paper kites

My mom kisses me on my cheek

As if all the people I love are

In a beautiful dream

While they are alive

She is sad and old

Her mascara is leaking”

Aziz Istanbul is the only classical Turkish song in our list of “Top 10 Most Famous Songs about Istanbul”. The lyrics of this unique song were taken from Yahya Kemal Beyatlı’s poem “From Another Hill” and its music was composed by Münir Nurettin Selçuk, who had been the most remarkable name of Turkish classical music history. Münir Nurettin also performed this song and made it an iconic piece of art that will live for generations.

In this song, Selçuk addresses the city of Istanbul and tells her how much he loves this city:

“Yesterday, I looked at you from a hill, precious Istanbul!

There is no single place in you I haven’t seen, visited or loved.

Stay in my heart as long as I live!

Even loving your one neighborhood is worth a lifetime.”

Altough this song was composed and first performed in 1948, it still keeps its popularity among music lovers. “Precious Istanbul”s classic sound and the use of traditional Turkish instruments doesn’t make it to lose its value by the time, in contrary, it manages to bring different generations together.

In our list, another famous song about Istanbul is “Istanbul’da” (In Istanbul) by Mirkelam who rocked Turkish music market during 1990s.

“In Istanbul” is an emotional song that was in Mirkelam’s debut album “Her Gece” released in 1995. After the release of this album, Mirkelam became a phenomenon both because of the quality of his music and also the excellent marketing strategy of his record company.

“In Istanbul” had a big share in Mirkelam’s massive success. In a short time, this slow song was begun to be regarded as one of the best emotional songs of Turkish pop history.

“I am in a bar in Istanbul

A glass of wine is in front of me

I miss you so much

Even though I am here to have fun

My friends came soon after and sat at my table

I didn’t think of you at that moment

Because I was with them

Even though in his next albums, Mirkelam couldn’t keep up the success he had in his first album, “In Istanbul” is still remembered as one of the most emotional songs on Istanbul.

And the final song in our list of “Top 10 Most Famous Songs about Istanbul” is “Yedikule”. Yedikule is a song written, composed and performed by famous Turkish band “Yeni Türkü”. This song was introduced in Yeni Türkü’s album titled “Aşk Yeniden” in 1992.

“Yedikule” was composed with the inspiration of “rebetiko” style, which originated from Greece. It tells the story of criminals, who were secretly smoking weed and making music in the underground pubs of Istanbul during the Ottoman Empire era. In this song, we listen to such a criminal who got caught by the Ottoman police and sent to jail in Yedikule, a place in Istanbul well-known with its dungeons.

“Someone snitched me to the state

I spent five years in prison

Yedikule is even worse than

The prisons of Europe

My hookah is smoky

I am so overwhelmed

But its police officers are so formidable

My weed burns so good

I smoke it slowly

Our lodge is great

But there are snitches among us” 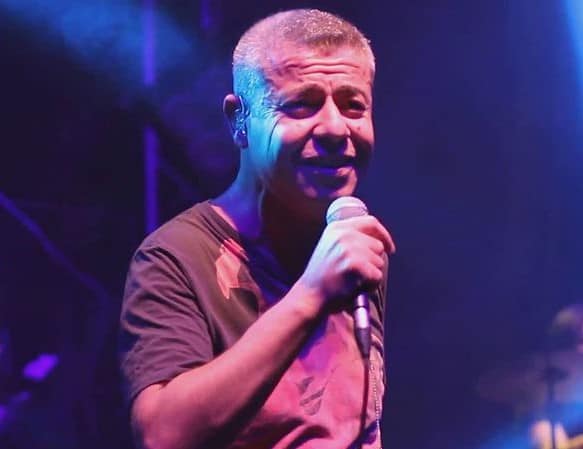 Istanbul has been an inspiration for musicians who have different taste and style of music. From pop singers to rockers, from classical musicians to folk singers, many composers have made remarkable songs mentioning and praising Istanbul.  Even though there are many more songs about Istanbul, the above given songs are the most popular ones. As long as Istanbul keeps its unique cultural features, it will keep on being an inspiration for many more musicians.