Top 10 Interesting Facts about Osman I 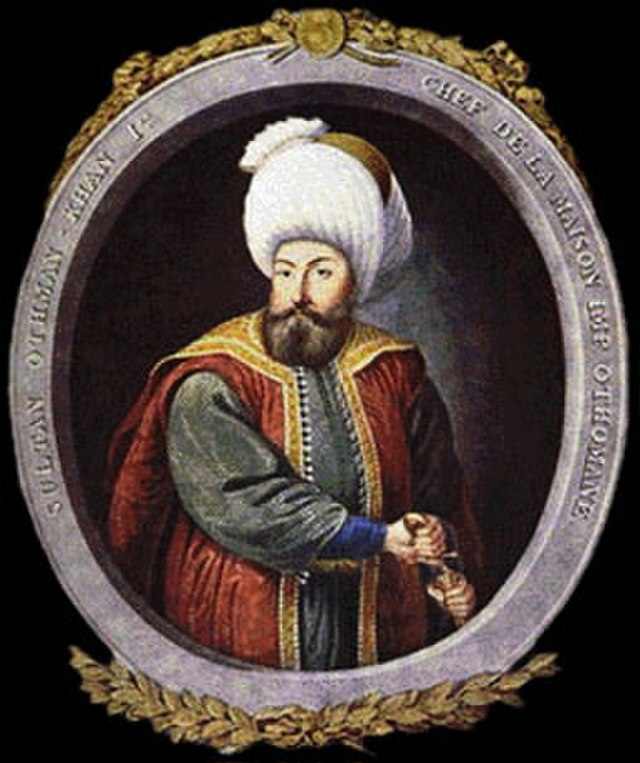 Osman I. Photo by Bilinmiyor on Wikimedia Commons 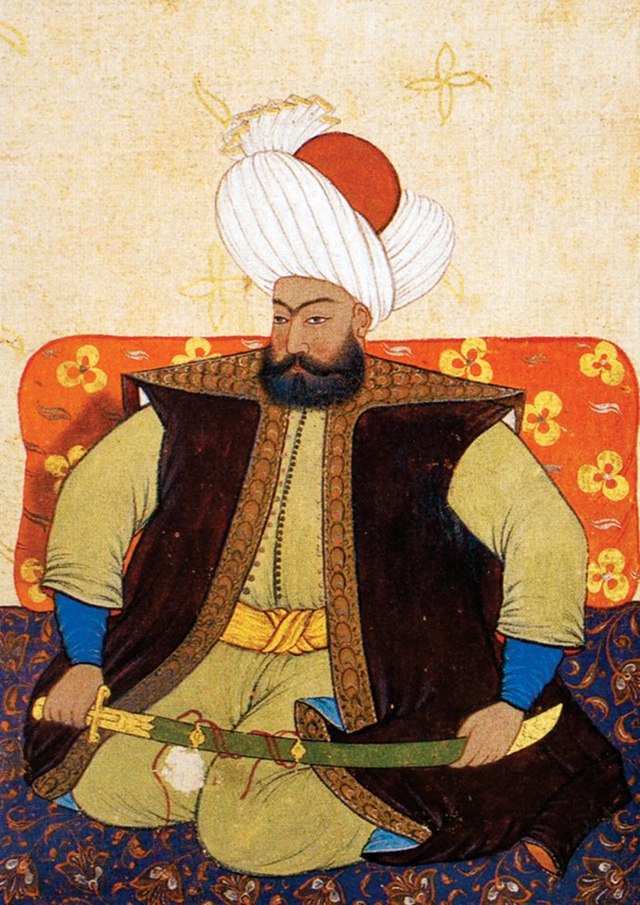 Ottoman Sultan Osman I. Photo by Yahya Bustanzâde on Wikimedia

Top 10 Interesting Facts about Osman I

Osman was also known as Osman Ghazi. He was the leader of the Kayi tribe and founder of the Ottoman dynasty, which was abolished after World War 1.

Two genuine pieces of information have survived Osman’s life because of the scarcity of historical sources dating from his lifetime.

It’s very rare to find written records about the reign of Osman because the ottoman was not recording the history of Osman’s life until the fifteenth century.

It has been challenging for historians to find an accurate history of his life. One historian declared it impossible to describe the period of Osman’s life because it is a black hole in history.

Learn more about Osman I in these top 10 facts.

1. Osman I was the founder of the ottoman empire 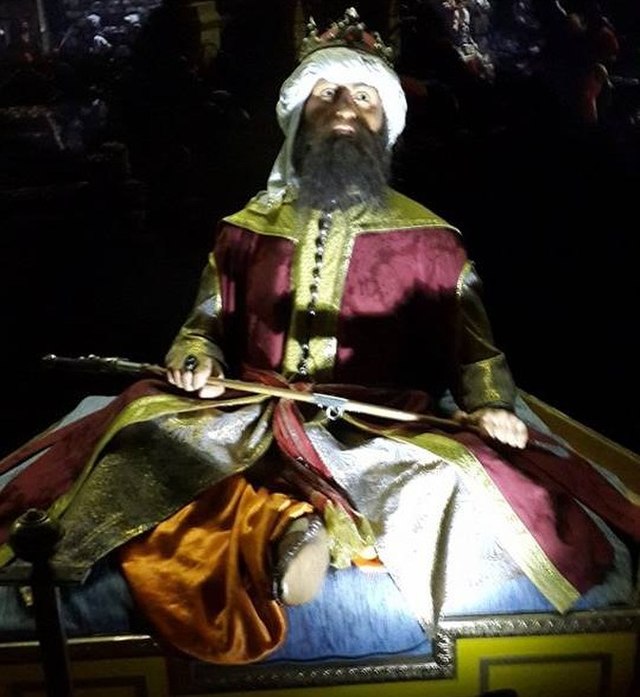 Osman I. Photo from Wikimedia Commons

The empire’s name and dynasty are derived from Osman’s name. Before its name changed, it was known as the Ottoman Beylik or Emirate.

Osman laid the foundation of a small state in 1299, and centuries later, after his death, the state transformed into one of the world’s largest empires.

The empire lasted for more than 600 years until the end of world war I, when the sultanate was abolished in November 1922.

The late sultanate who was ruling the ottoman empire left the country on 17 November 1922 and the republic of Turkey was established in its place on 29 October 1923 in the capital of Ankara, marking the end of the dynasty.

It has been hard to tell when Osman was born, but it is believed he was born around the 13th century, when Mongol hordes invaded Baghdad, killing its people and ravaging its landmarks.

Most historians say he was born in 1245 on 1255 in Sogut, a small territory where his father Ertugral Gazi was ruling as bay.

Osman’s father ruled under the command of the Seljuk empire. Seljuk and his men were defending the Seljuk border against the Byzantine attacks.

3. Osman I was the chief of his tribe 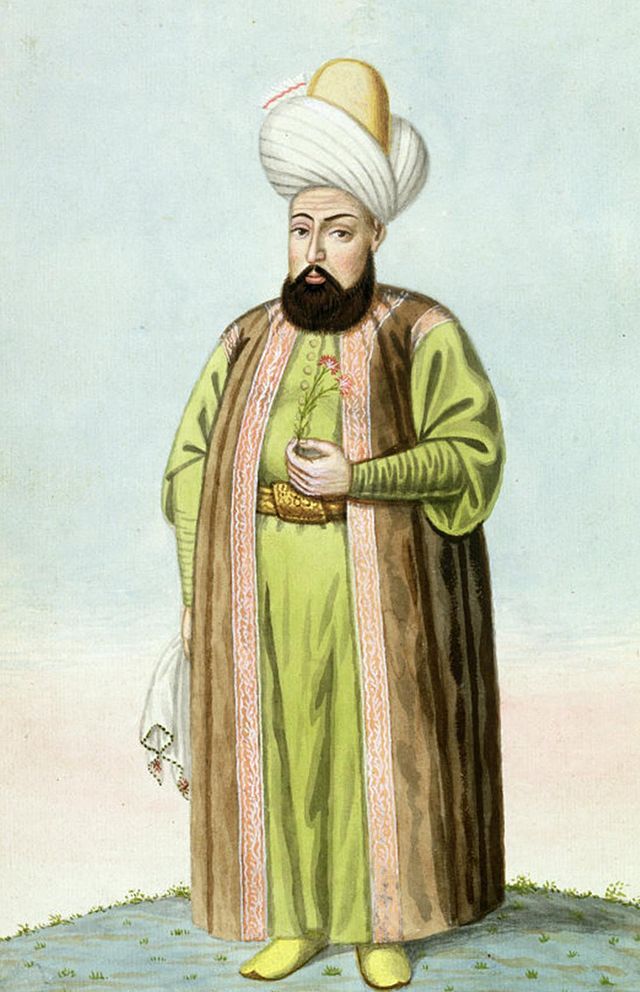 Portrait of Osman I. Photo by John Young on Wikimedia

After his father died in C. 1280, Osman became the bey or chief. His accession was not peaceful; he had to fight with his relatives.

One major rival was his uncle Dündar Bey because he saw Osman’s ambition as a threat that might put the whole clan in danger. Osman used his sword to kill his uncle for disobeying him.

Osman was known as an expert in peace and war. He immediately started expanding the borders of his father’s territory. Refugees found a home in peace under Osman’s reign, which resulted in an increasing number of warriors in his tribe.

4. Osman I was nicknamed Kara

The nickname kara meant black, referring to a person with a heroic or brave personality in the Turkish tradition.

Still, in modern Turkey, kara refers to a generous, handsome, open-minded person and a person good in military strategy, horsemanship and swordsmanship.

5. Osman I dream became the foundation myth of the empire

Osman’s dream was first recorded more than 100 years after the death of Osman and no exact source of the story’s reality.

Osman had a close relationship with Sheikh Edebaloi, a local religious leader of dervishes.

Osman was staying at the Sheikh’s house and dreamed that a moon arose from the Sheikh’s chest and sunk in Osman’s chest.

Then a tree grew from Osman’s chest and branched out so much that the shadow of its branches covered the whole world and below the shade of that tree, mountains and streams were flowing from each mountain.

When Osman woke up, he narrated his dream to sheikh Edebali. The sheikh interpreted that Allah had chosen him and his descendants for great glory and fame in the name of Islam. Osman was allowed to marry the sheikh’s daughter.

6. Osman I had two wives

According to historians, Osman I had two wives. He married sheikh Edebalis’s daughter Rabai Bala Hatuna.

who was believed to be the daughter of a Seljuk Vizier of Anatolia, Omer Bey and the mother of Osman, son and successor of the Ottoman empire.

7. The sword of Osman was girded to every ottoman sultan

Sheikh Edebali Osman’s father-in-law girded him with the sword of Ismal.

The sword became an important ritual for the coronation ceremony of all successive sultans to symbolically link their reign to the reign of Osman and were positioned as the sultan and a defender of the Islamic faith.

The grinding ceremony of the sword of Osman was held at the tomb of Hazrat Abu Ayyub al-Ansari by the sharif of Konya within the two weeks of the sultan’s accession to the throne.

The ceremony used to be held at the tomb complex at Eyup on the Golden Horn waterways in Constantinople. It showed that the office with which he was invested was first and foremost of a warrior. Nowadays, the sword is displayed in the Topkapi Museum in Istanbul.

8. Osman I campaign against the city of Bursa 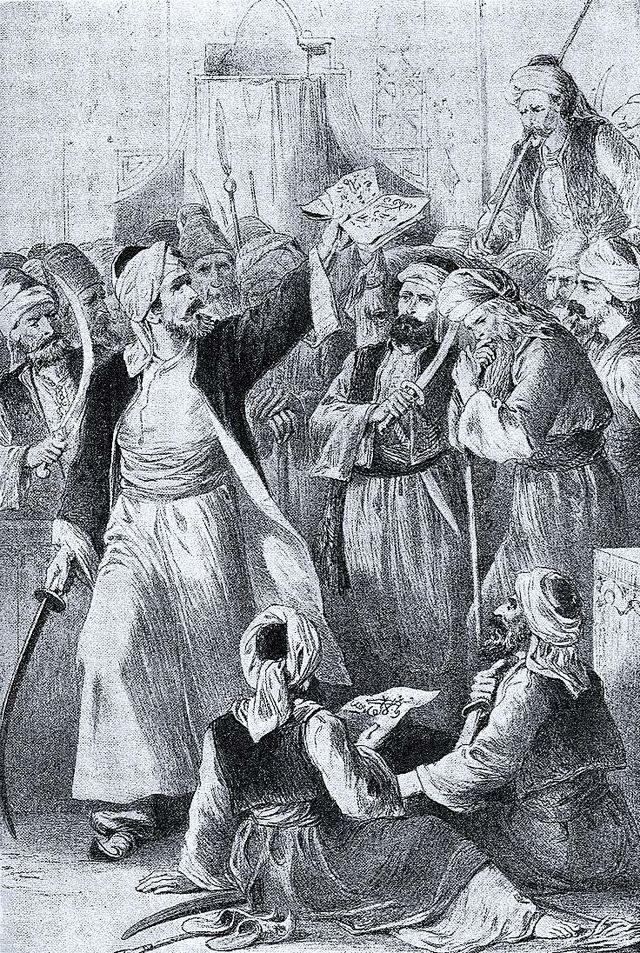 Osman focused his effort on isolated large cities, starting with Bursa. Unfortunately, it was his last campaign against Byzantines.

Bursa was a staging ground against the Byzantines in Constantinople. The city’s victory was vital for the ottomans to make the foundation to move forward.

Osman ordered the start of building two feet forts overseeing and surrounding the city, providing the forts with large garrisons. This allowed his men to tighten the blockade and block any provision reaching Bursa.

The Bursa siege lasted six and nine years because the ottoman had no siege engines and had never captured a large, forth-filled city before.

After retiring, Osman was succeeded by his son Orhan. His son got control of the Bursa in 1326. Orhan moved the capital of the ottomans from Sogut to Bursa.

9. Osman I strategy of increasing the Ottoman empire

Osman had strong military tactics, which helped him control several Byzantine fortresses, including Yenisehir; Yeniserher provided the Ottoman to lay a base in northwestern Anatolia for the siege to Bursa and now Iznik.

Historians argue that Osman died in 1323 or 1324 when his son Orhan ascended to the throne. Ottoman tradition holds that Osman died just after the capture of Bursa in 1326.

While on his death bed at Sogut, Osman received news of the victory that Bursa had finally fallen. Historians say that he wrote his will to his son, requesting to be buried under the silver dome of Bursa.