Top 10 Facts about the Grand Bazaar in Istanbul 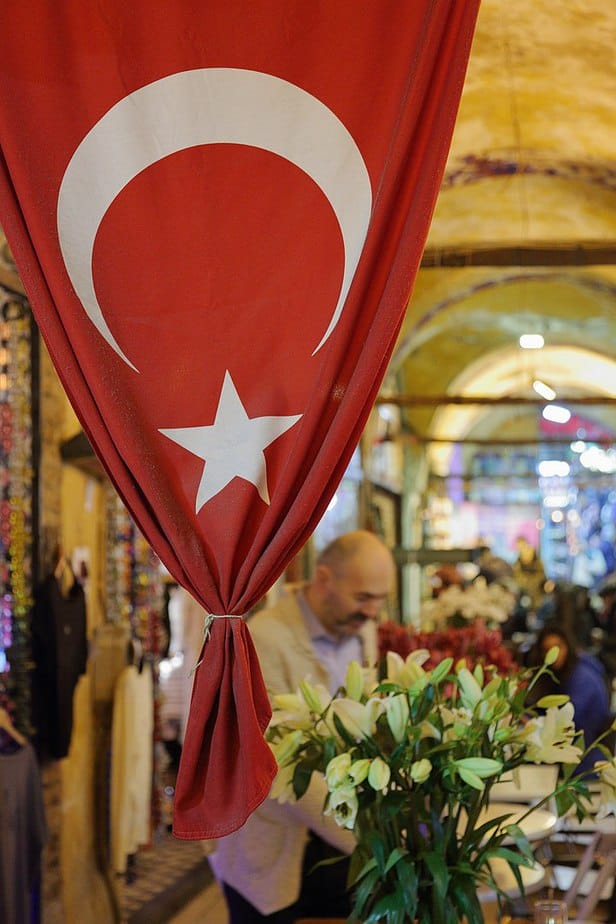 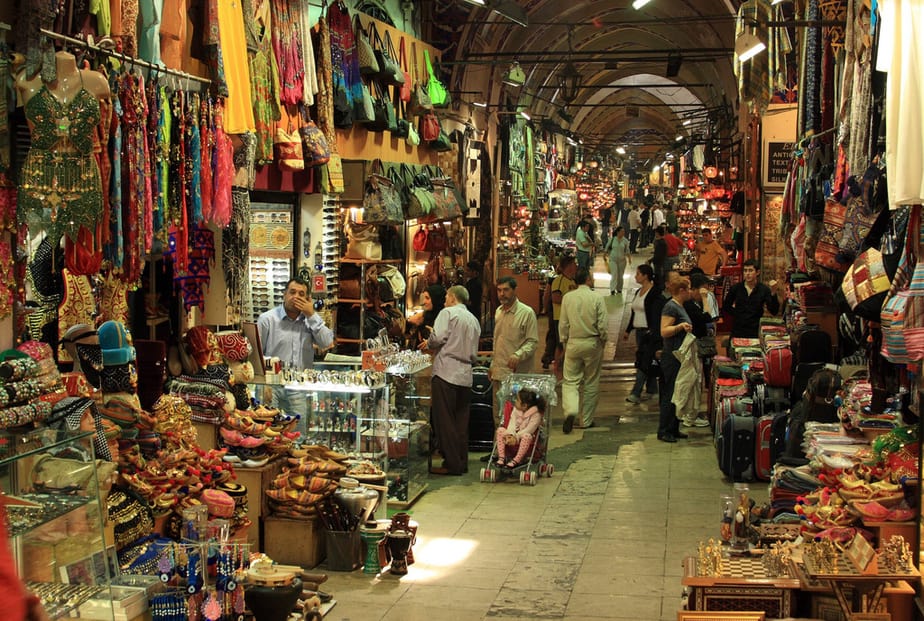 Top 10 Facts about the Grand Bazaar in Istanbul

Istanbul is one of the greatest and most beautiful cities of all time. The city chimes with a rich history dating back to the Ottoman Empire period.

This city used to be the capital of the Ottoman Empire. It was known as the centre of the world because of the seamless fusion of unique cultures.

The cherry on top of this beautiful city is the Grand Bazaar.  Known as Kapalıçarşı in Turkish, it is one of the world’s greatest shopping destinations.

This sprawling market sits on 30,700 square meters of land. Additionally, The Grand Bazaar is the largest covered market in the entire world.

When visiting Istanbul, the Bazaar is one place you cannot miss. It is a stop shop for souvenirs. Walking through the main streets and narrow alleys in the Bazaar will give you a sense of how the Ottomans lived in the past.

It is no doubt that this is the top tourist attraction in Istanbul. There is a lot to see and buy as well as interacting with the locals.

Here are the top 10 facts about The Grand Bazaar in Istanbul.

1. The Grand Bazaar is one of the most visited markets in the world

This magnificent Bazaar was listed at number 1 in 2014 as the most visited attraction and landmark in Istanbul.

An estimate of 91 million people visits the Grand Bazaar every year. It is and always will be the first shopping mall of the world of its own kind.

To locate the Grand Bazaar, one has to head to the district of Fatih inside Istanbul’s walls. It is around the Mahalle neighbourhood.

The Grand Bazaar is between the mosques of Beyazit and Nuruosmaniye. To get here, you will need to take a tram from Sultanahmet.

2. Construction of the Grand Bazaar started in the 15th century 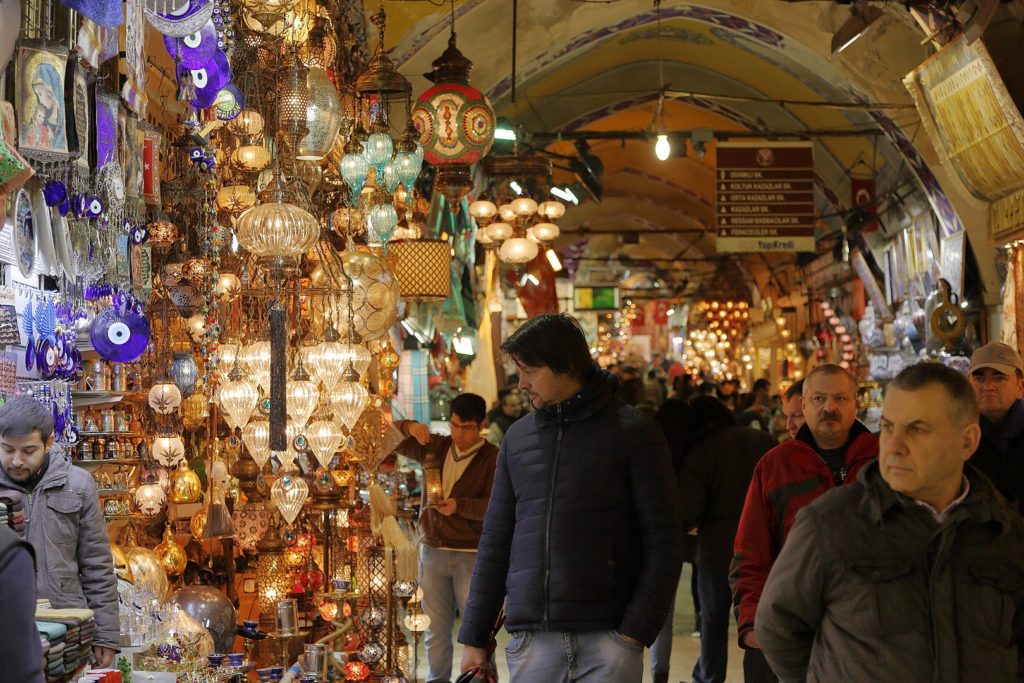 The Grand Bazaar was commissioned in 1455 by Sultan Mehmet II. He wanted Constantinople to be the trading centre of the Ottoman Empire.

Full operations of the Bazaar started in 1461 with more than 3,000 shops covering 61 streets and receiving about 400,000 customers daily.

The Ottoman Empire intended to have economic prosperity in Istanbul. Sultan Mehmed II had a structure erected solely devoted to the trading of textiles. He also had another dedicated to jewellery.

In the 16th century, the Grand Bazaar was expanded. Shortly after, the Bazar was destroyed by an earthquake but it was renovated in 1894.

3. Get the best Turkish carpets at the Grand Bazaar

Turkish carpets are popularly sought after because they are not only luxurious but most are hand-made and well detailed.

The Grand Bazaar’s carpet shops have a wide variety of carpets to choose from. What is more exciting is that the sellers are patient with you and would even offer you a cup of tea.

Turkey has preserved its ancient tapestry craft through generations. As you walk through the Bazaar, you will notice that the carpets vary.

Different regions of Turkey have their own unique styles. For example, Kilims are produced through traditional flat weaving techniques. They also are in different sizes.

4. The Grand Bazaar connected three continents in the past 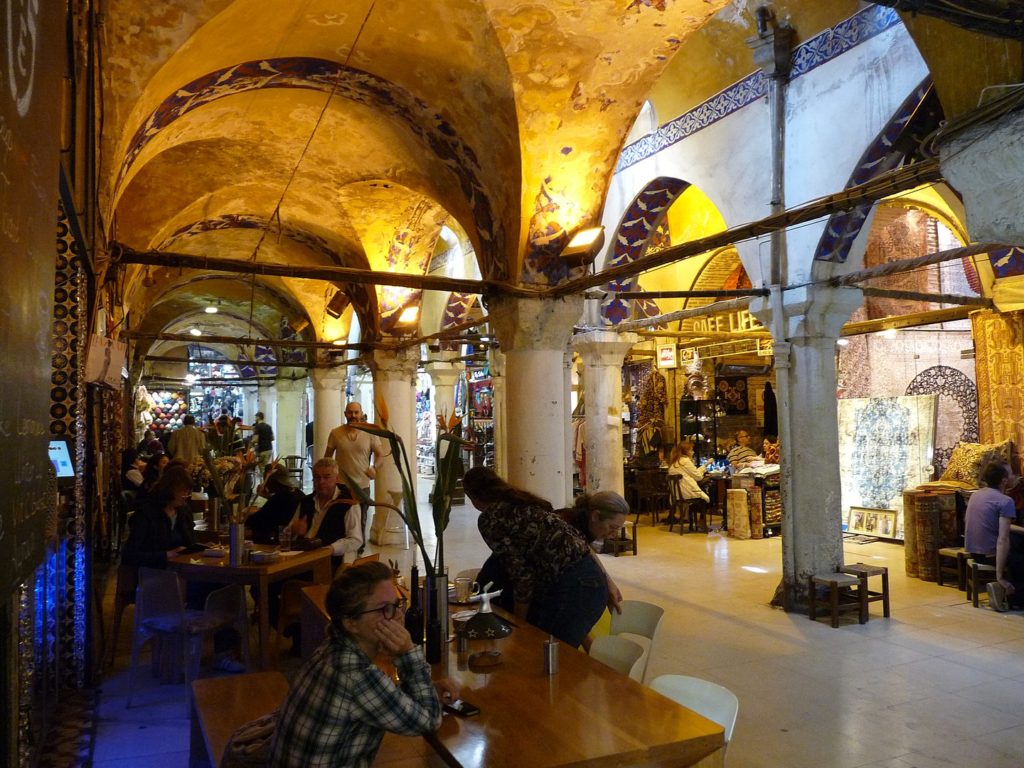 As time went by, the Grand Bazaar blew up and not only served the Ottoman Empire but three other continents. It quickly became the centre of Mediterranean trade in the 17th century.

The Ottoman Empire extended to the three continents and controlled the road network. The central location of the Grand Bazaar connected Asia and Europe as well as was the centre of the Mediterranean trade.

As of the first half of the 19th century, The Grand Bazaar was said to be a market with an abundance of products. The products were and remain to be of high quality.

5. There were 67 roads to the Bazaar with names of sellers

The Bazaar has a network of roads that were each labelled as per the merchants and what they sold.

There used to be 67 roads, several squares used for the daily prayers, 5 mosques, 7 fountains, and 18 gates.

The gates were opened every morning and closed in the evening. This is how the Grand Bazaar got its name closed market.

During this period, most of the shops were found in the market. Today, the streets no longer have the merchant’s profession. The roofs are now covered with ordinary tiles too.

6. There used to be no competition at the Grand Bazaar 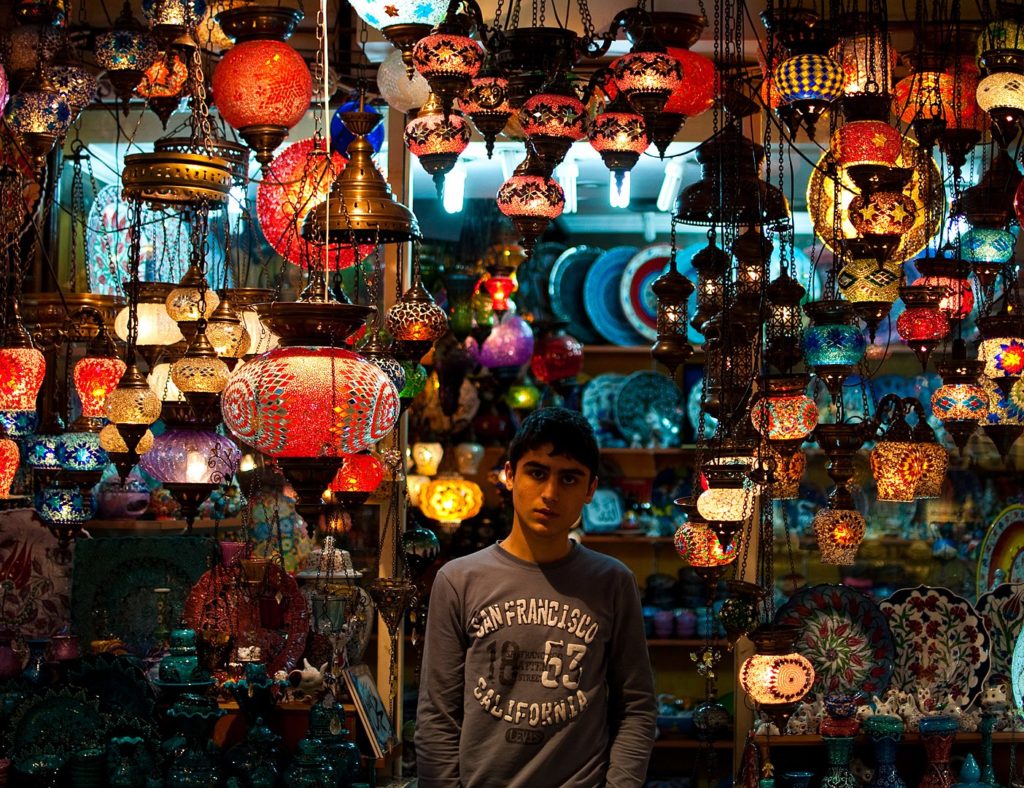 When the Grand Bazaar was first opened, the traders did not compete in terms of trade or for customers. It was illegal to compete.

The shops at the Bazaar did not have signboards or names, they were all similar in appearance. After the earthquake in 1894, the Bazaar was renovated and traders started putting up signboards.

Until recently, the Grand Bazaar was surrounded by 5 mosques, 1 school, 7 fountains, 10 wells, 1 water dispenser and 1 ablution fountain. Only one mosque and 1 can be found near the Grand Bazaar today.

7. You can get everything and anything under one roof

The Grand Bazaar is a shop with all items and products under one roof. You will find jewellery, silk, ceramics, copperware, leather, and antique handicrafts.

You just don’t get to buy stuff, you also get to spend time and mingle with the local traders. The shop keepers here love their tea and they love to share it.

There is nothing as fulfilling and beautiful as taking part in Turkish hospitality. Take your time browsing the stalls for the best prices.

8. The Grand Bazaar has more jewellery shops than it did in the past

There were fewer jewellery shops at the Grand Bazaar than they are today. the market has ten times more jewellery making it the best place to go when in Istanbul.

Should you want gold or silver jewellery or precious stones, the Grand Bazaar has them for you. The designs are traditional and are worn for weddings mostly.

Gold pieces are found near Kalpakçılarbaşı Caddesi. This street is between the entrances of Bayazıt Gate and Nuruosmaniye Gate.

9. The idea of having everything under one roof was for security reasons

The main idea of having all the shops under one roof at the Grand Bazaar was to provide security. This ensured that there were fewer cases of theft or fire reported.

In 1591, 30,000 gold coins were stolen from the market. The market was closed for two weeks. What followed after was a thorough search for the coins. People were beaten and tortured until the coins were found under a floor mat.

Another way to ensure security at the Bazaar was to have all the gates closed at night. They also had night guards on patrol. For one to access the market at night, they needed a special permit.

The only time the Bazaar was opened at night was in 1867. There was a feast organized for Sultan Abdülaziz from Egypt.

10. Traders never displayed their prized merchandise and they did no advertising

The most precious merchandise at the market was never on display, they were kept in cabinets. The only merchandise displayed were clothes hung in rows.

One of the most beautiful stalls is the shoe shop. They display thousands of shoes of different colours that represented different sects.

According to Ottoman laws prescribed yellow shoes were for Muslims, blue for Greek Orthodox, black for Jews and red for Armenians.