The concept of higher education is kind of new in Turkey when compared to European countries. For centuries, only aristocrats who had a connection with the Ottoman Palace got the education that we can name as “university education”. In the 18th century, military schools were established, and army officers were begun to be educated with Western standards. However, the first higher education institutions were not established until the foundation of the Republic of Turkey in 1923. Even these first education institutions were far away from the standards of Western universities.

Universities with a universal concept were established in Turkey with the declaration of university reforms in 1933. With these fundamental reforms, many Turkish academicians were removed from their positions, European academicians, who mostly had Hebrew origin and were running away from the oppression of Nazis in Germany, were appointed to critical positions and a modernized curriculum was applied. These reforms mark the beginning of genuine university education in Turkey.

1) Boğaziçi University: A college of excellence 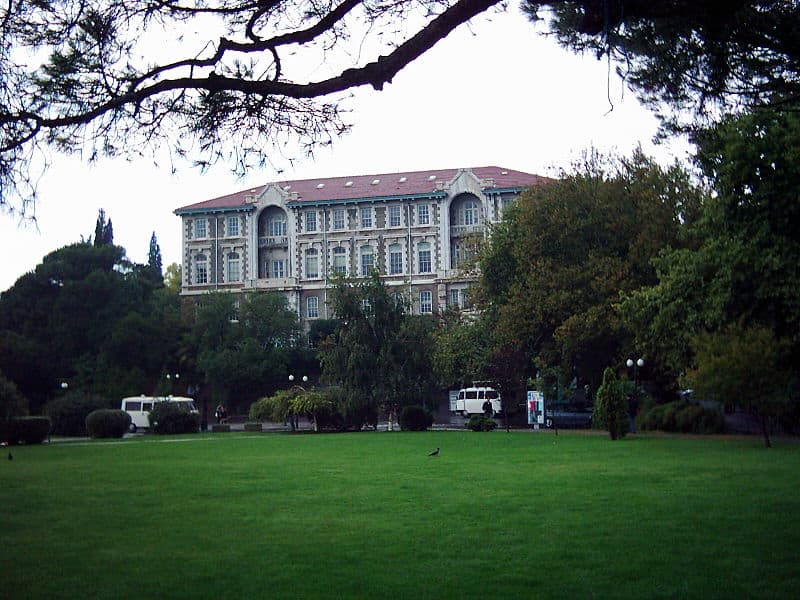 According to US News and World Report’s evaluation, Boğaziçi University is the best university in Turkey, while it is at the 186th place globally. 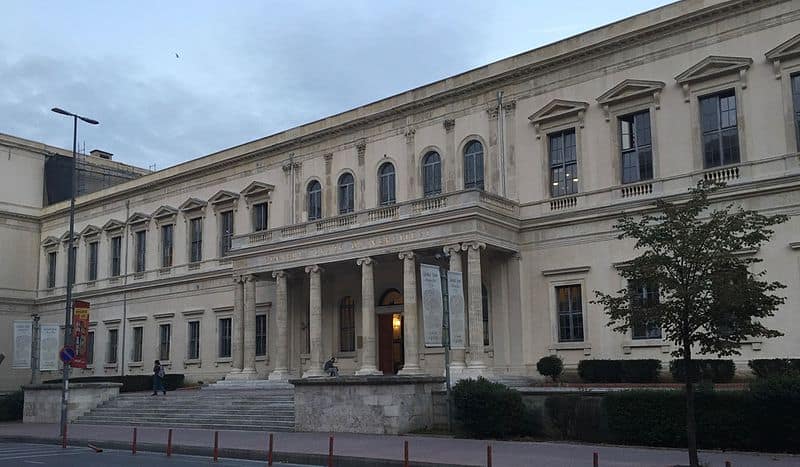 Istanbul Technical University (ITÜ) is the only technical school in our list of “The Best Universities in Istanbul”.

According to US News and World Report’s evaluation, ITÜ is the third best university in Turkey, while it is at the 424th place globally. 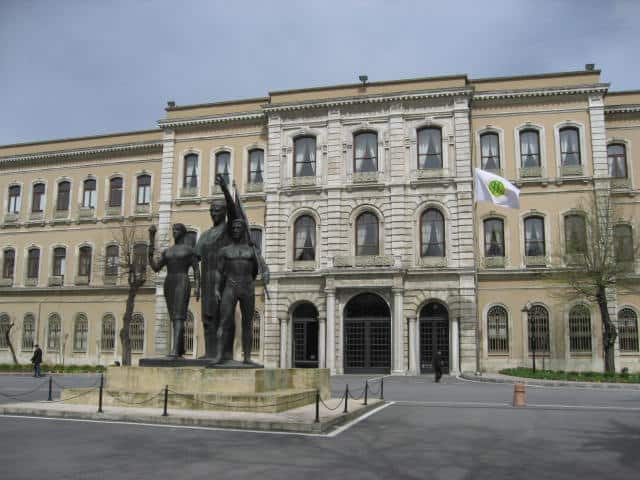 Now let’s see a massive university that has a rightful place in our list of “The Best Universities in Istanbul”.

Istanbul University is known as the oldest, biggest and most populated university in Turkey. Its fundamentals were laid by Ottoman Sultan Mehmet II in the 15th century under the name of “Sahn-ı Seman”. Until the establishment of the Republic, this school had been named as “Darulfunun Osmani”. With the declaration of university reforms in 1933, Istanbul University was founded as the first university of the young Republic of Turkey.

As for today, Istanbul University has 15 faculties, 12 postgraduate institutions, 1 conservatory and 11 research centers. It is built on 9 big campuses in both European and Asian sides of the city. These campuses host more than 73.000 students and almost 10.000 academic/administrative personnel.

Sabancı University is one of the three foundation universities in our list of “The Best Universities in Istanbul” which are run by private enterprises.

Sabancı University was founded in 1999 by Sabancı Family, which is one of the wealthiest families in Turkey. This university is run with an interdisciplinary system, unlike other universities in Turkey. At Sabancı, students choose the department they will attend at the end of their second year. Until this time, students take courses from various areas and major on a definite field in their third year.

According to US News and World Report’s evaluation, Sabancı University is the 13th best university in Turkey, while it is at the 850th place in the world. 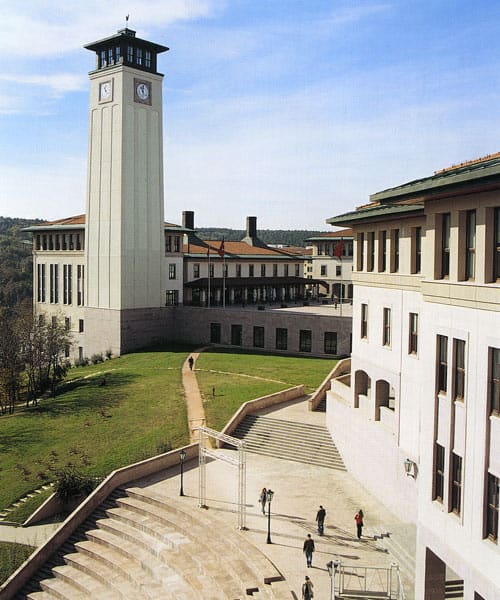 Just like Sabancı University, Koç University is a foundation university established by Koç Family, which is another wealthy family of Turkey. This university was founded in 1993 and since that time providing higher education at 7 faculties, 4 postgraduate institutions, 21 research centers and 72 laboratories. Koç University is operating in one big campus built close to the Bosporus with more than 6.200 students and 400 academicians.

According to US News and World Report’s evaluation, Koç University is the 9th best university in Turkey, while it is at the 747th place in the world.

Galatasaray University also has a unique student selection process in Turkey. While all other universities are obliged to accept students only with a central college accession exam, Galatasaray University accepts 50% of its students with this central exam and 50% of its students with a private exam that only graduates of French-teaching high schools can take. Students graduated from French-teaching schools like Notre Dame de Sion, Saint Benoit, Saint Michel and Galatasaray High School, are recruited with a special selection process that their French language competencies are tested.

Galatasaray University has a two years long preparation school for those who do not speak French since all the courses are taught in this language. Due to its high education standards and the low number of vacancies, only the most successful students can achieve to enter this school. Galatasaray University recruits only 480 students each year.

7) Marmara University: A combination of positive and social sciences 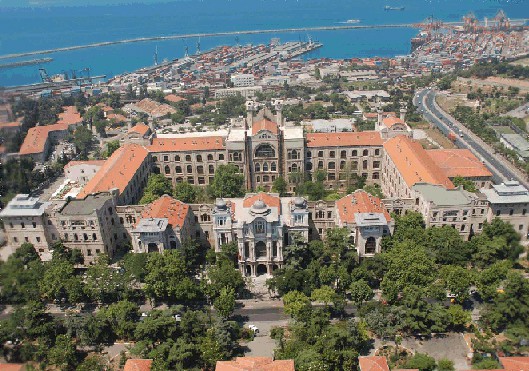 Marmara University currently has 17 faculties, 12 postgraduate institutions, 4 vocational schools and 27 research centers. It is operating in 7 big campuses with 3.273 academicians and almost 70.000 students.

According to US News and World Report’s evaluation, Marmara University is the 15th best university in Turkey, while it is at the 875th place in the world. 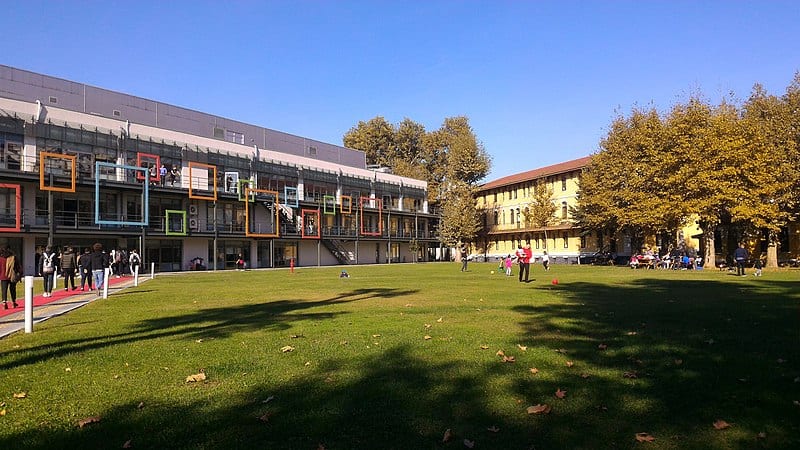 Currently Bilgi University is providing education in 7 faculties, 3 postgraduate institutions, 3 vocational schools and 20 research centers. It is operating in 4 campuses with approximately 20.000 students and 1.500 academicians.

Bilgi is known for its modern and western-oriented curriculum which is highly influenced by academicians and advisors coming from European universities.