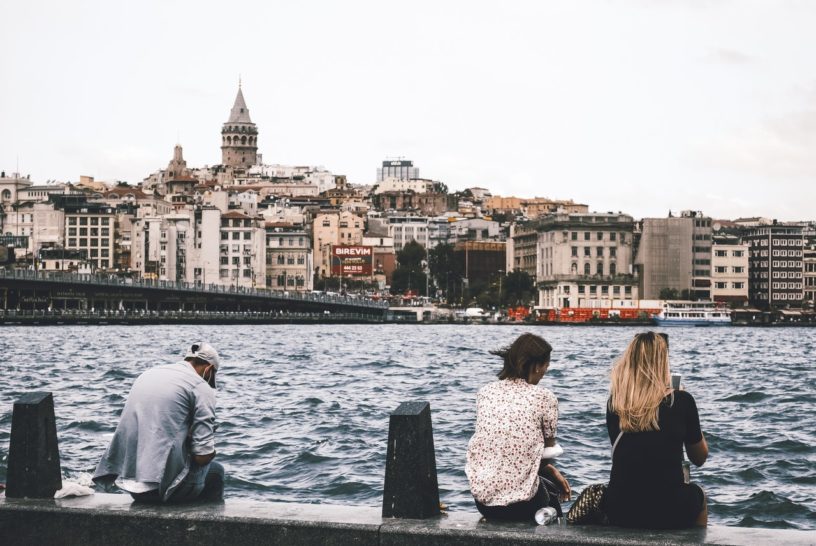 Photo by Osman Özümüt from Pexels

Istanbul is the largest city in Turkey, formerly known as Constantinople. The city was founded as Byzantion by Megarian Greek colonists in the 7th century BCE. In 1930, the city’s name was officially changed to Istanbul.

For centuries, Istanbul has served as an economic hub. The city grew in size and influence and became a beacon of the Silk Road and served as an imperial capital for almost sixteen centuries. The city played a key role in the advancement of Christianity during Roman/Byzantine times before its transformation to an Islamic stronghold, following the Fall of Constantinople in 1453 CE at the hands of Ottoman Sultan Fatih Mehmet. It is one of the most important cities in history.

Below is a list of 10 note worthy people from the historical city of Istanbul. 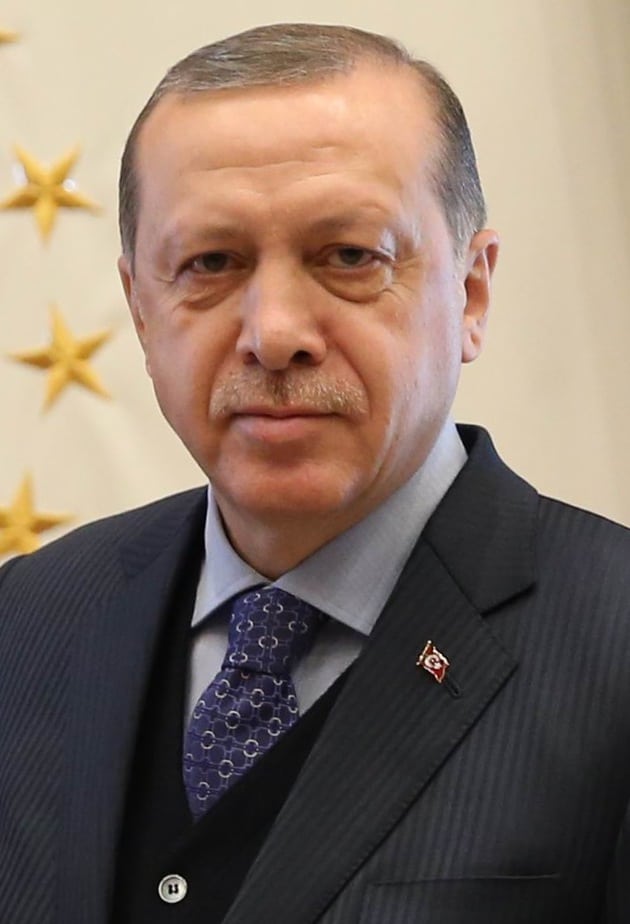 Recep Tayyip Erdoğan was born on 26 February in 1954 in Kasımpaşa, Istanbul, Turkey. He is a Turkish politician, serving as the 12th and current president of Turkey since 2014. Erdoğan’s rule has been marked with increasing authoritarianism, expansionism, censorship and banning of parties or dissent. 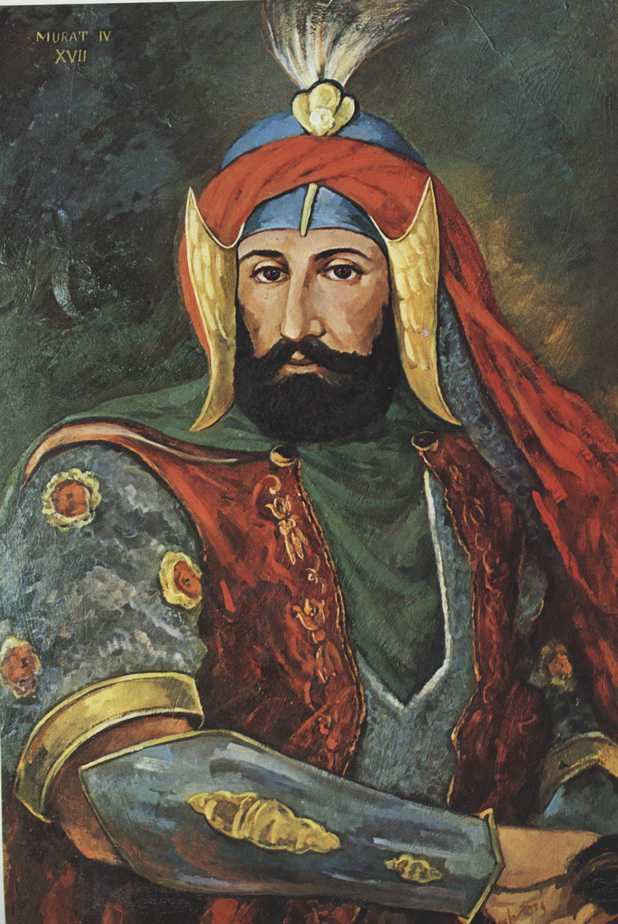 Murad IV was born on 27 July 1612 in Topkapi Palace, Constantinople, Ottoman Empire. He was the Sultan of the Ottoman Empire from 1623 to 1640, known both for restoring the authority of the state and for the brutality of his methods.

He was only 11 when he ascended the throne. His reign is most notable for the Ottoman–Safavid War (1623–1639), of which the outcome would partition the Caucasus between the two Imperial powers for around two centuries, while it also roughly laid the foundation for the current Turkey–Iran–Iraq borders.

Murad IV died from cirrhosis in Constantinople at the age of 27 in 1640. 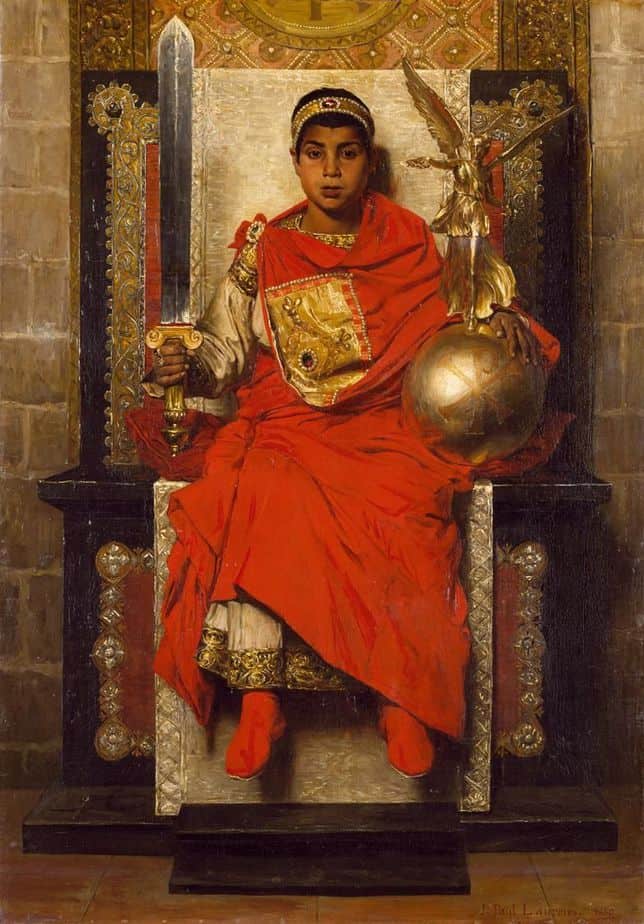 Flavius Honorius was born on 9 September, 384 in Constantinople (now Istanbul, Turkey). He was a Roman emperor from 393 to 423 and his reign was precarious and chaotic. During Honorius’s reign over the western Roman Empire, Rome was sacked for the first time in almost 800 years.

Honorius was declared Augustus by his father Theodosius I, and thus co-ruler, on 23 January, 393 after the death of Valentinian II and the usurpation of Eugenius. Upon the death of Theodosius I, Honorius and Arcadius divided the Empire, so that Honorius became Western Roman Emperor at the age of ten. 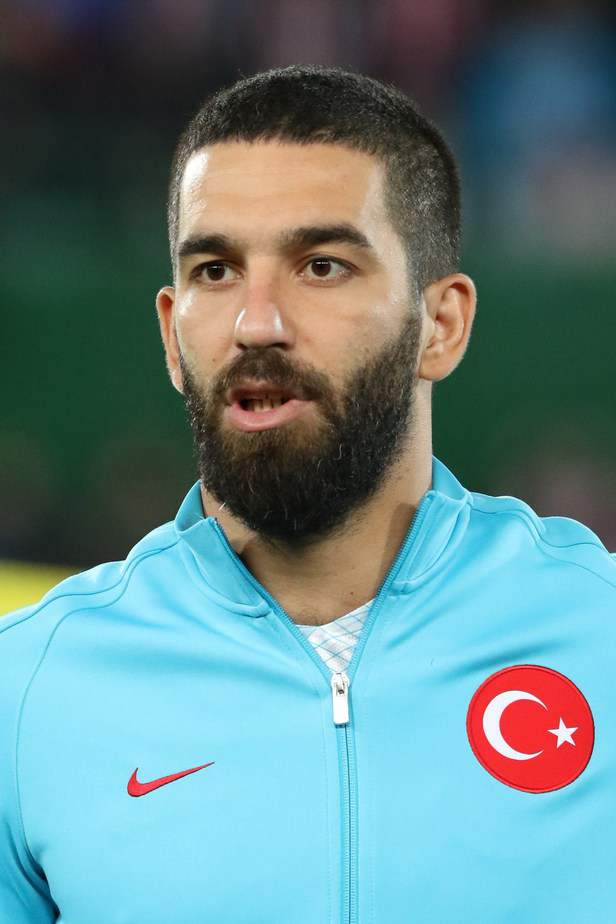 Arda Turan was born on 30 January, 1987 in Fatih, Istanbul, Turkey. He is a Turkish professional footballer who plays as an attacking midfielder for Galatasaray and known for his ball control, dribbling skills and vision. Turan holds 100 senior national caps and 17 goals for the Turkey national team, making him Turkey’s fifth-most capped player of all-time.

Apart from fooball, Turan is known for his humanitarian work, especially in helping sick children. On 11 May 2014, he was announced as a goodwill ambassador for the Khojaly massacre. His ambassador activities are aimed to raise awareness about this issue and promoting world peace. 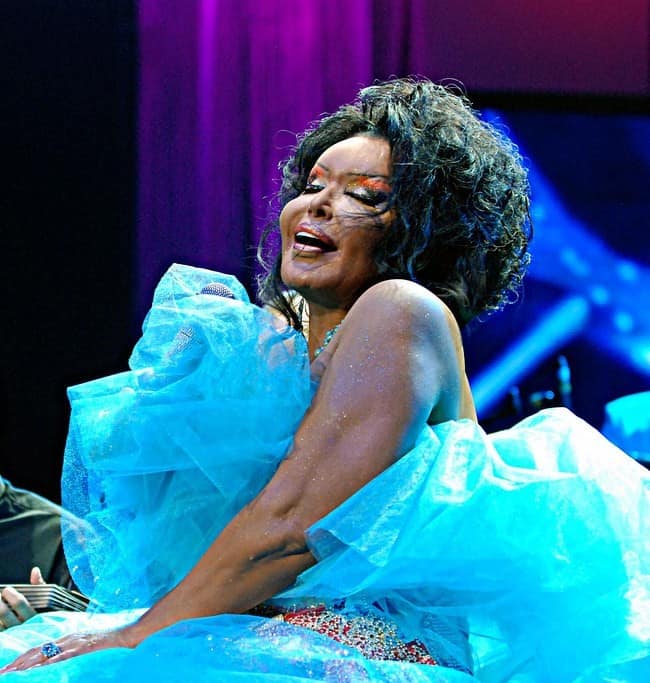 Bülent Ersoy was born on 9 June 1952 in Istanbul, Turkey. She is a Turkish singer and actress, nicknamed Diva by her fans. She is a transwoman who began her career in the genre of Turkish classical music, and became an actor early on.

During the 1980 Turkish coup d’état of Kenan Evren, Ersoy’s public performances were banned, along with those of other transgender people. To circumvent the ban, she petitioned the Turkish courts to legally recognize her as a woman. The petition was rejected in January 1982. In 1983, she left Turkey and continued her career in Germany. 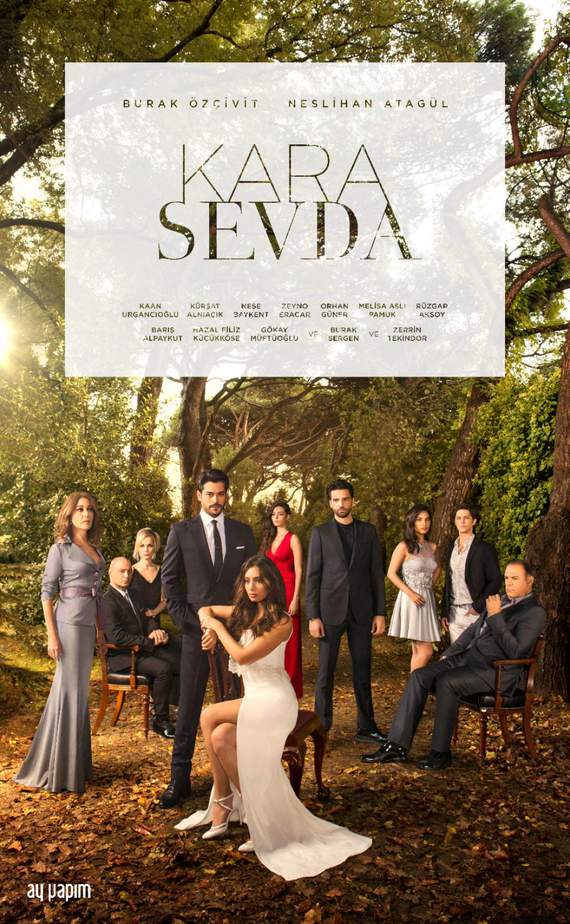 Neslihan Atagül Doğulu was born on 20 August 1992 in Istanbul, Turkey. She is a Turkish actress best known for her role in Kara Sevda that aired between 2015 and 2017. Kara Sevda is a successful Turkish series that sold to more than 110 countries and the only winner of the International Emmy Award in 2017.

Throughout her acting career, Neslihan has received numerous awards and accolades for her performances, including the Academy Award for “Best Actress” at the Tokyo International Film Festival. 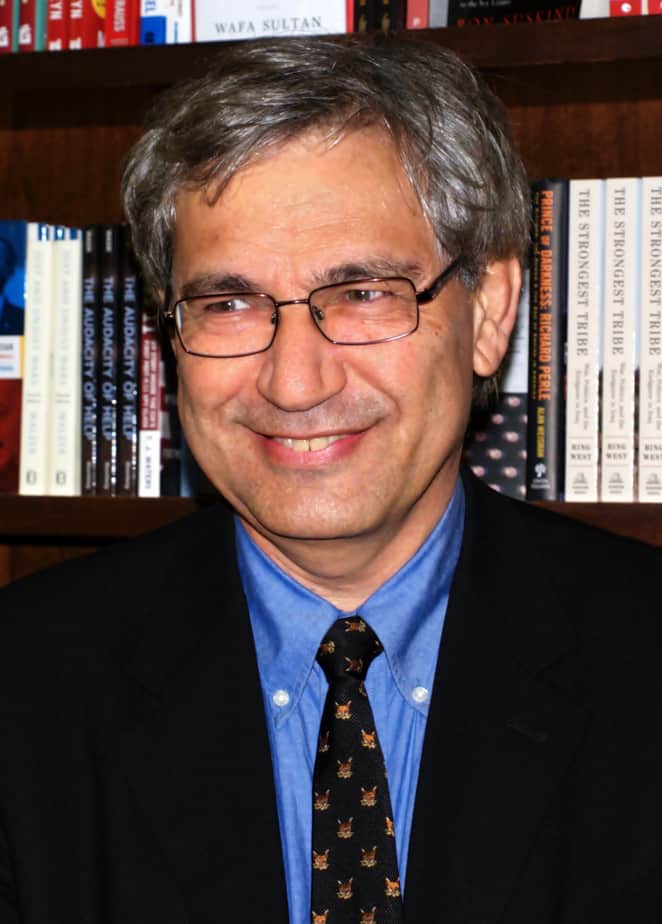 Ferit Orhan Pamuk was born on 7 June 1952 in Istanbul, Turkey. He is a Turkish novelist, screenwriter, academic and the recipient of the 2006 Nobel Prize in Literature, who in the quest for the melancholic soul of his native city has discovered new symbols for the clash and interlacing of cultures.

Orhan books are characterized by a confusion or loss of identity brought on in part by the conflict between Western and Eastern values. They are often disturbing or unsettling, and include complex plots and characters. His work typically touches on the deep-rooted tensions between East and West and tradition and modernism/secularism. 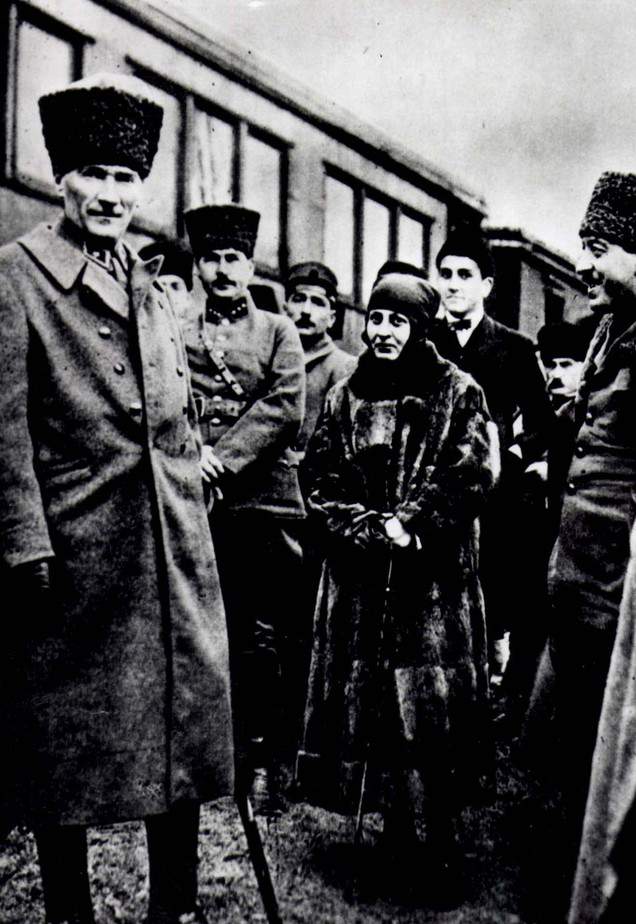 Halide Edib Adıvar sometimes spelled Halidé Edib in English was born on 11 June 1884 in Constantinople, officially renamed as Istanbul in 1930, Ottoman Empire. She was a Turkish novelist, Kemalist, teacher and political leader for women’s rights.

The common themes in Halide Edib’s novels were criticizing the low social status of Turkish women and what she saw from her observation as the lack of interest of most women in changing their situation. 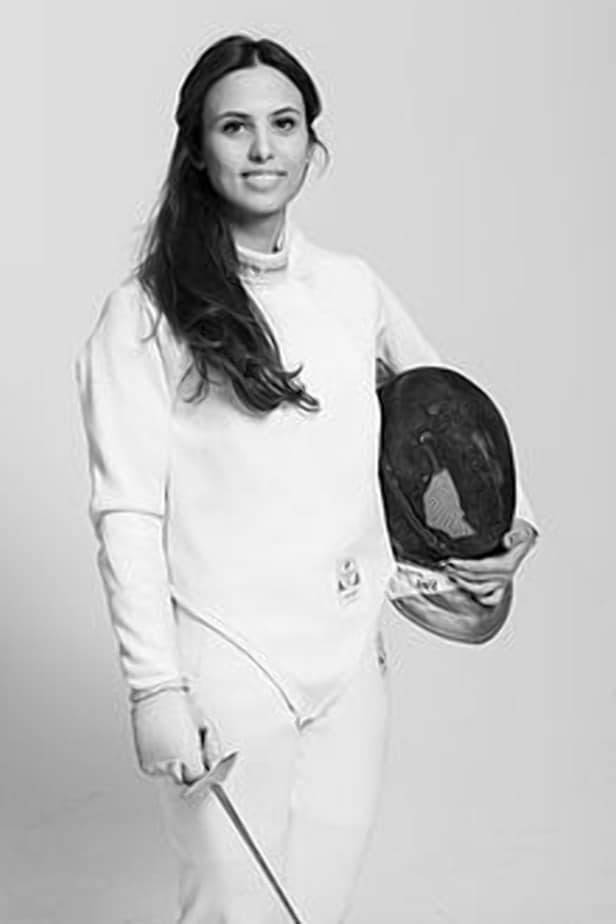 Irem Karamete was born in Istanbul, Turkey on June 20, 1993. She is a Turkish female fencer competing in the foil event at the 2016 Summer Olympics.

She began fencing at the age of 10 and excelled in her career by winning the Turkish Championship 10 times between 2011-2019, taking the gold medal at the Mediterranean Junior and Cadet Fencing Championship held in Poreč in 2012. She is the first Turkish fencer to qualify for the Olympics since 1984 and being the first Turkish woman to obtain a medal in fencing for her country in over 42 years; after winning a medal at the 2013 Mediterranean Games in Mersin, Turkey. 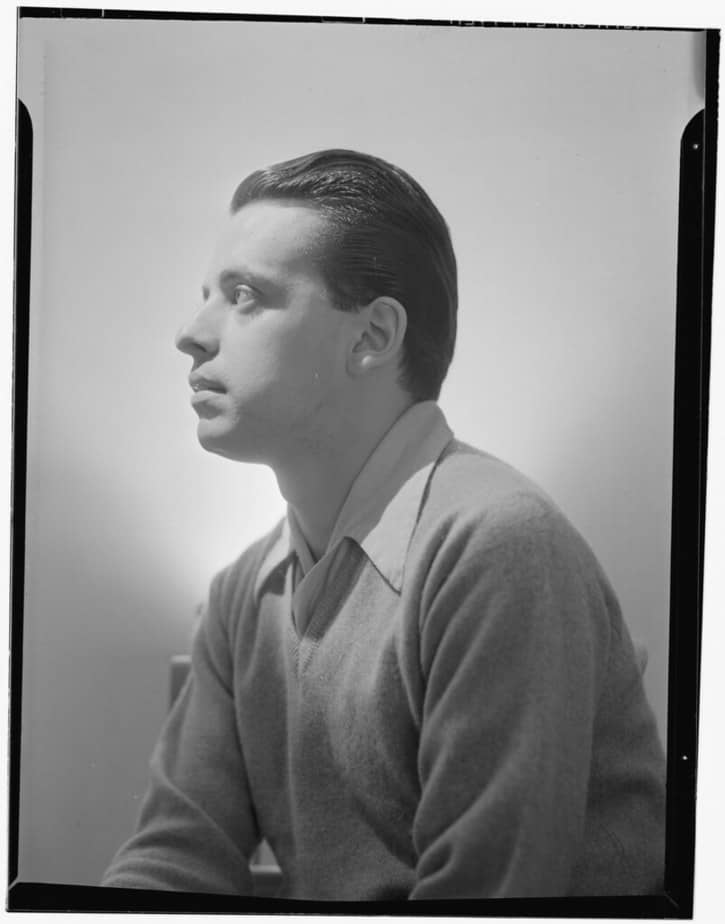 Nesuhi Ertegun was born November 26, 1917, in Istanbul in the former Ottoman Empire. He was a Turkish-American record producer and executive of Atlantic Records and WEA International. He also co-founded the New York Cosmos soccer team of the North American Soccer League.