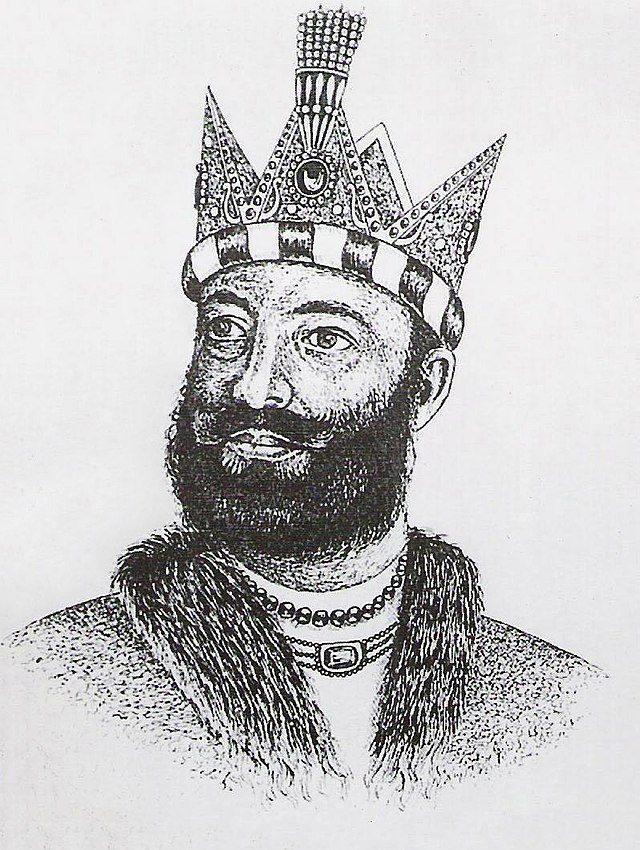 Mahmud of Ghazni. Photo by Maulvi Abdurab Ahadi on Wikimedia

Mahmud of Ghazni. Photo by Maulvi Abdurab Ahadi on Wikimedia

Mahmud of Ghazni was the founder of the Ghaznavid empire ruling from 998 to 1030. He started his leadership by serving under his father, a slave commander in the Samanid Empire.

He ascended the throne in 999 and started his mission to expand his empire. Mahmud was highly Persianized and continued his predecessors’ political culture and bureaucratic customs.

His kingdom expanded and transformed his army into an extensive military empire during his reign.

Mahmud was married to Kausari Jahan and bore twin sons, Ma’sud and Mohmmad. He also had a lifelong companion named Malik Ayaz, who served as an officer and general in Mahmud’s army.

Here are top 10 facts about Mahmud of Ghazni

1. He was a son of a former Turkic slave

Mahmud of Ghazni was born in the town of Ghazni in the region of Zabulistan on 2 November 971. His father, Sebuktigin, was a former Turkic slave commander who worked his way up to laying the foundation for the Ghaznavid dynasty.

His father rose to power after he married the daughter of the governor who ruled Ghazni.

The Ghaznavid empire founded by Mahmud’s father flourished and grew from 977ce to 1886 CE but peaked under the rule of Mahmud.

2. Mahmud ascended the throne at the age of 27

After the death of Mahmud’s father in 997, Ismail, his son and a younger half-brother of Mahmud, became the sovereign of the Ghaznavid dynasty.

Mahmud rebelled and, with the help of his other brother Abu’l Muzaffar, the governor of Bust.They overthrew Ismail a year later at the Battle of Ghazni and took over the Ghaznavid kingdom.

Mahmud appointed Abu’l Hajan Isfaraini as his Vizier and set out west from Ghazni to take the Kandahar region, followed by Bust, which he transformed into a militarized city.

The reason why Sebukitigin chose Ismail over Mahmud is unclear because Mahmud was the eldest and more experienced.

Ismail was favored because of his mother, the daughter of Alptigin, Sebukitigin’s old master. 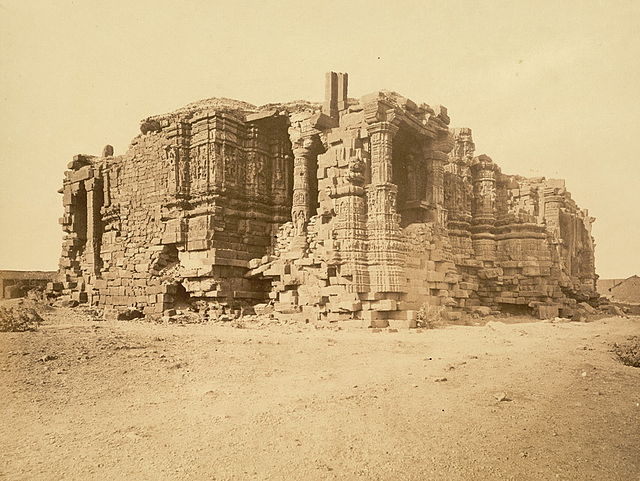 In 1025 Mahmud raided Gujarat, looting the Somnath temple and breaking its Jyotirlinga. Jyotirlinga is a holy representation of the Hindu god Shiva.

According to scholar Meenakshi Jain, influential legends with complicated details had developed regarding Mahmud’s raid in the Turko-Persian literature, which thrilled the Muslim world.

Mahmud attacked Mathura and defeated a coalition of rulers there in 1018 while also killing a ruler called Chandrapala.

According to Tarikh-e-Yamini works, Mahmud destroyed a great and magnificent temple in Mathura.

According to Firishta, writing a history of Hindustan in the 16th and 17th centuries, the city of Mathura was the richest in India and was devoted to Vasudeva Krishna.

Mahmud attacked the temple for over twenty days and burnt and destroyed all idols while silver and gold were melted for booty. The entire city was burnt, and the art of Mathura fell into decline after that. 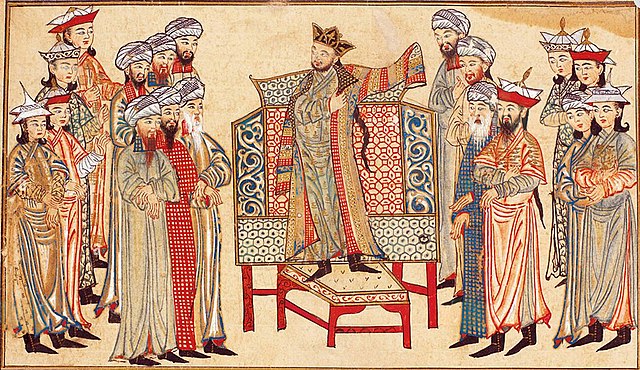 Mahmud in robe from the caliph. Photo outsourced from Wikimedia

By 1001 Mahmud was focusing on the fertile land of Punjab( now India), which lay southwest of his empire. The targeted region was owned by fierce but unruly Hindu Rajput kings who refused to harmonize their defense against the Muslim threat from Afghanistan.

The Rajput used a combination of soldiers marching on foot and elephant-mounted cavalry, a threatening but slower-moving form of army, Then the Ghaznavid horse cavalry.

During his reign, Mahmud would make more than a dozen of military strikes on the Hindu and Ismaili kingdoms of the south.

Before his death, the Mahmud empire stretched to the shores of the Indian ocean of the Sothern Gujarat.

Mahmud would appoint Vassal kings to rule in his name in the conquered regions. This made his relationship with non-Muslims easier.

He also accepted Ismaili and Hindu soldiers and officers into his military army. His military expanded immensely and it began to strain the Ghaznavid treasure.

During his late years of ruling, he directed his army to target Hindu temples and strip them of vast quantities of gold.

He loved reading and honored learned men. He used to invite scholars, scientists and artists to live and work in the Ghazni.

Later, Mahmud transformed the city into a center of scholarship, culture and art. He built a library to compete with the Abbasid Caliph’s court in Baghdad (now Iraq).

Mahmud also sponsored the construction of palaces, universities, and grand mosques, making his capital city the jewel of Central Asia. In all the buildings, he used forced labor.

Coin of the Ghaznavid Sultan Mahmud minted in Ghazni. Photo outsourced from Wikimedia

Mahmud left a mixed legacy, with his empire surviving until 1187 and starting to crumble from west to east before his death.

He spent much of his life battling against Hindus, Jains, Buddhists, and Muslim- splinter groups such as Ismaili, whom he considered non-believers.

Mahmud f Ghazni managed to cope well with non-Muslim people for so long because they didn’t oppose his military. This tolerance continued in other Muslim empires in India, such as the Delhi sultanate and the Mughal empire.

During his reign, the region broke away from the Samanid sphere of influence and acknowledged the Abbasids as Caliph.

Mahmud was also granted the title of sultan in recognition of his independence and declaration of the Islamic faith.

After the recognition by the Abbasid caliphate in 999, he pledged a jihad and used it to raid India every year. He conducted a series of campaigns during which Ismail of Multan war massacred in 1005.

10. The end of Mahmud of Ghazni’s reign 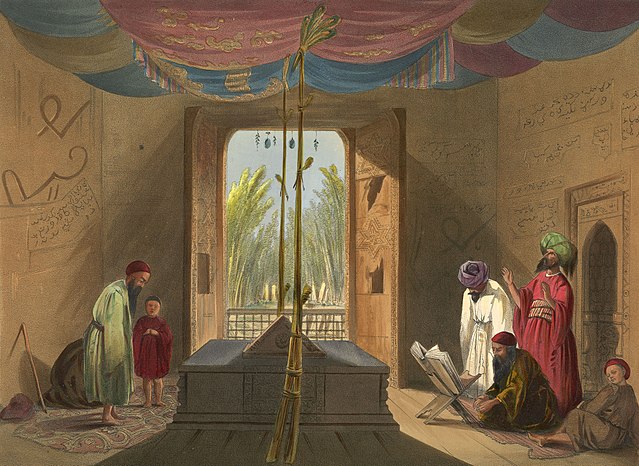 Tomb of Sultan Mahmud of Ghazni. Photo by Lieutenant James Rattray on Wikimedia

During his last mission, Mahmud returned with malaria and died on 30 April 1030 in Ghazni due to tuberculosis.

Tuberculosis was the result of medical complications related to malaria. He was 58 years at the time of his death. Mahmud mausoleum was built in Ghazni and his successor ruled the Ghaznavid dynasty for the next 157 years.