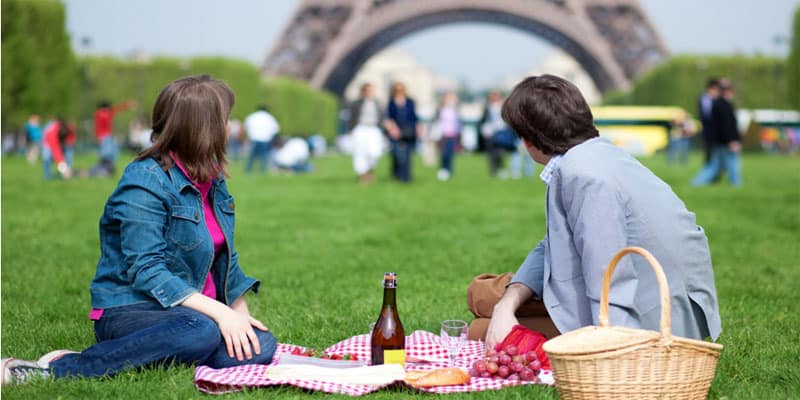 So, you’re with that special someone, and you’d like to dine under the finest roof in Paris — the sky above. Here’s a few pointers on how to plan a romantic picnic in the city of love.

Where to go for a romantic picnic in Paris

First things first. Location, location, location. There are so many places out there — really any green space will work. But, we’ll narrow it down to three ideal spots for a date.

Jardin des Tuileries would be a great place for a cozy, lunchtime picnic. Lovers like to spread a blanket over the green grass and share a repas in full view of the flowers.

The plan of the garden, called French formal style, is characterised by breath-taking order and symmetry. You can find Jardin des Tuileries in the First Arrondissement, right near the Louvre and the Orangerie museum.

Yes, you may spot the occasional tourist taking pictures, but the natural beauty of the gardens more than makes up for it. There’s plenty of open space, and the area is easily accessible from the Tuileries or Concorde metro stations. 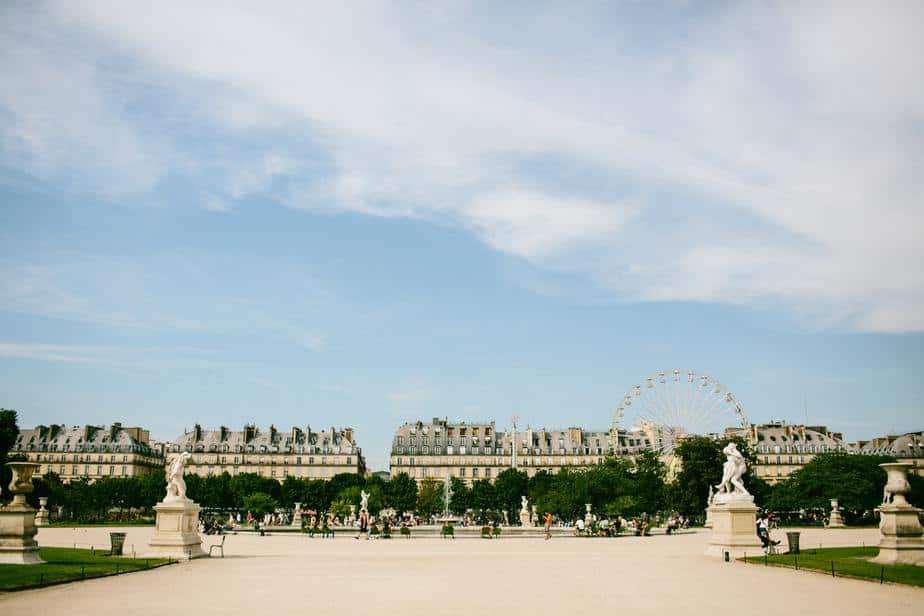 For later in the afternoon, I’d recommend finding a spot along the Seine. 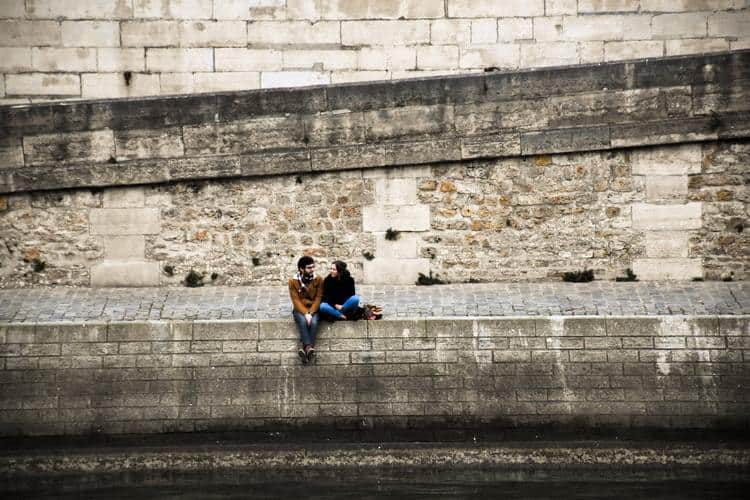 This is a great option if your outfit is a bit too stylish for sitting down in the grass. The area near the Louvre is a picturesque spot for a riverside picnic.

As you enjoy a romantic night out, you can spot the Bateaux Mouches going down the Seine, and later in the evening lights illuminate the river. For the real romantics, I’d recommend finding a spot along the Seine near the Passerelle Leopold Sedar Senghor Footbridge.

That way, you can end the night by placing a love padlock on the bridge, joining couples around the world in the trademark way to declare your love in Paris.

The bridge is also in the First Arrondissement near Musée D’Orsay, right by the Invalides metro stop. 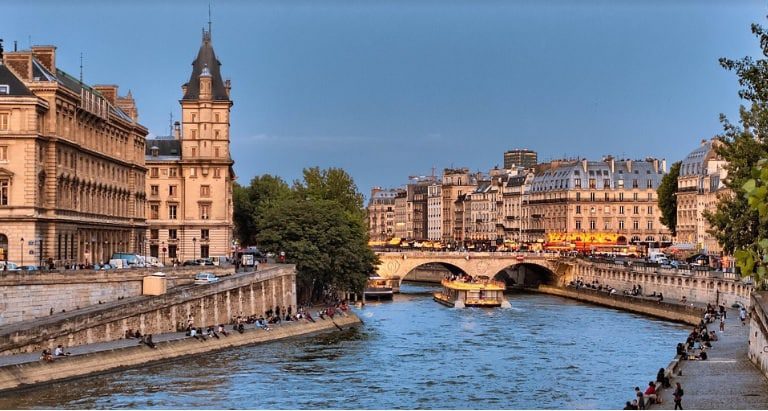 At night, there’s no better spot than Champs de Mars.

The vast public space opened in 1780, and is now prime picnic real estate for locals and tourists alike.

Once the sun sets, the Eiffel Tower lights up a bright gold, illuminating the night sky as it sparkles. It’s as romantic as the Eiffel Tower is iconic. Despite the great view, it doesn’t get too crowded, and Champs de Mars is easy to get to from the RER C.

Those are just my top three out of several ideal picnic spots. It’s worth noting Bois de Vincennes and Jardin du Luxembourg are great places for a picnic, too.

Things to bring for a very Parisian picnic

But location is only half the battle. In a culinary Mecca like Paris, you want to bring local food to set the mood.

The morning before, stop by the Marché d’Aligre to pick up fresh goods to eat. It’s located in the 12th Arrondissement, right at the intersection of Rue d’Aligre and Place d’Aligre. 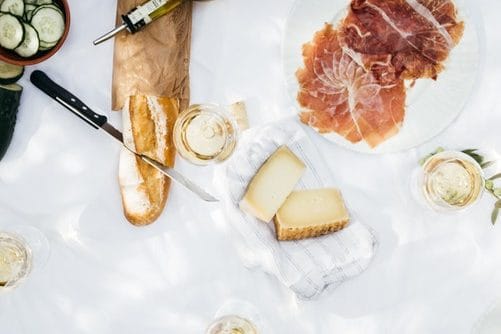 I, for one, love the strawberries there.

Chocolate and strawberries are the perfect romantic combination, so be sure to pick up some hazelnut spread from any of the many supermarkets around the city. 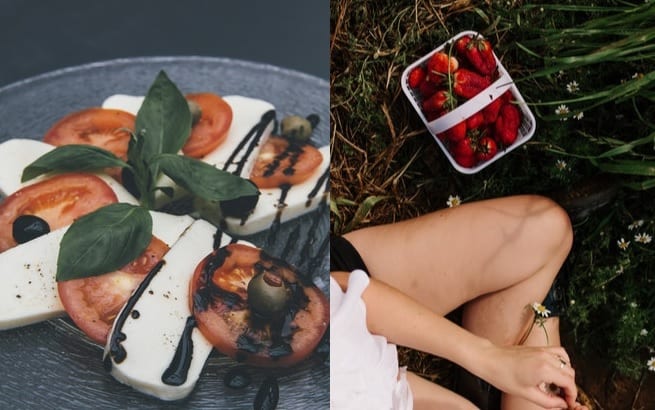 Pick up some tomatoes, too. A light dish you can pack that happens to be very popular among Parisians is tomates mozzarella.

Just a simple combination of chopped tomatoes, with mozzarella, olive oil, basil, and salt and pepper to taste. Of course, there’s nothing more Parisian than baguettes and cheese, so try to stop by any local boulangerie to get a baguette to go with your fromage.

For dessert, macarons are a colourful, delicate option.

One of Paris’ most celebrated pastry shops is Ladurée. But locals swear by the renowned pastries of Pierre Hermé. Instead of a bouquet of roses, you could bring a box of their rose-flavoured macarons to your picnic.

But if you are looking for something more gimmicky, Ladurée does have an option for the romantics — a “love gift box” with 12 macarons included. 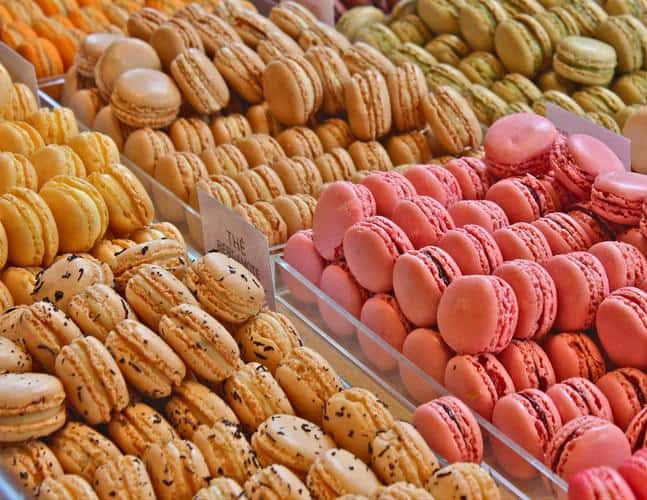 As for drinks, I would unequivocally suggest wine.

Beer might not set quite as romantic a mood. Champagne was born in France, so pick up a bottle. A nice red pairs well with chocolate, too.

But I’m not a sommelier, so I’ll suggest downloading the Vivino app. All you have to do is scan a bottle and a database of reviews will give you a good idea of the wine’s quality.

Next, what to wear? I am an advocate for everyone having their own personal style. But I will say I’ve noticed the more fashion forward Parisians wear the following:

Short skirts with black stockings underneath, completed with some form of heeled boots and jacket. 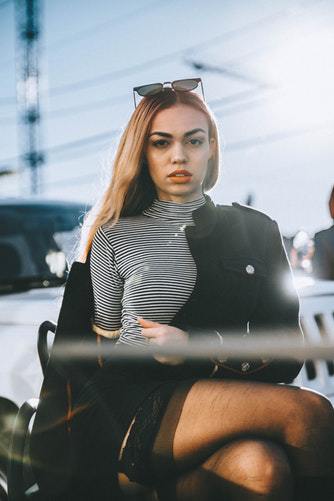 Also, any type of pants and shoes combo with a long cardigan coat. The outfit, of course, is not complete without a big, warm scarf.

With a tentative venue, menu and wardrobe, there are just a few finishing touches left. What to put the food in, for instance. If this were a casual outing with friends, a reusable grocery bag would do the trick. But this is a romantic picnic, so why not bring your own picnic basket? On top of that, opt for a silk cloth with lace fringes instead of the usual red and white checkered one.

No romantic evening is complete without candles. And it just so happens that Paris is home of the perfume and luxury candle brand Diptyque. A few sweet aromas from their collection would be a perfect addition if you have a picnic later in the evening.

The final question is when? When is the best time to have a romantic picnic?

Well, you want it to be in the warmer months, anytime between May and September. In other words, you just missed it! Paris had its first snow of the season this week, so it’s a bit too late for a picnic this year.

But, now you can cuddle inside with some vin chaud instead.


Planning a trip to Paris ? Get ready !