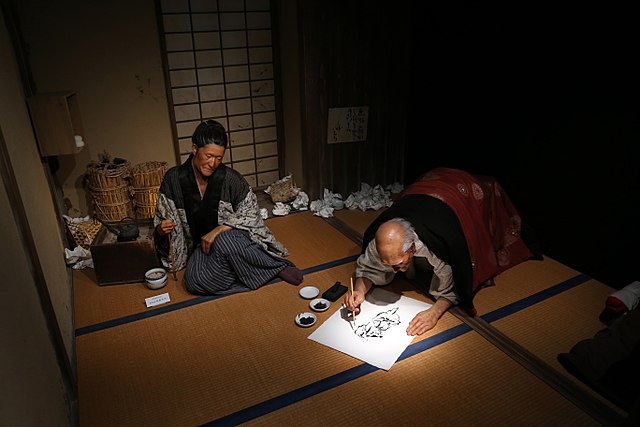 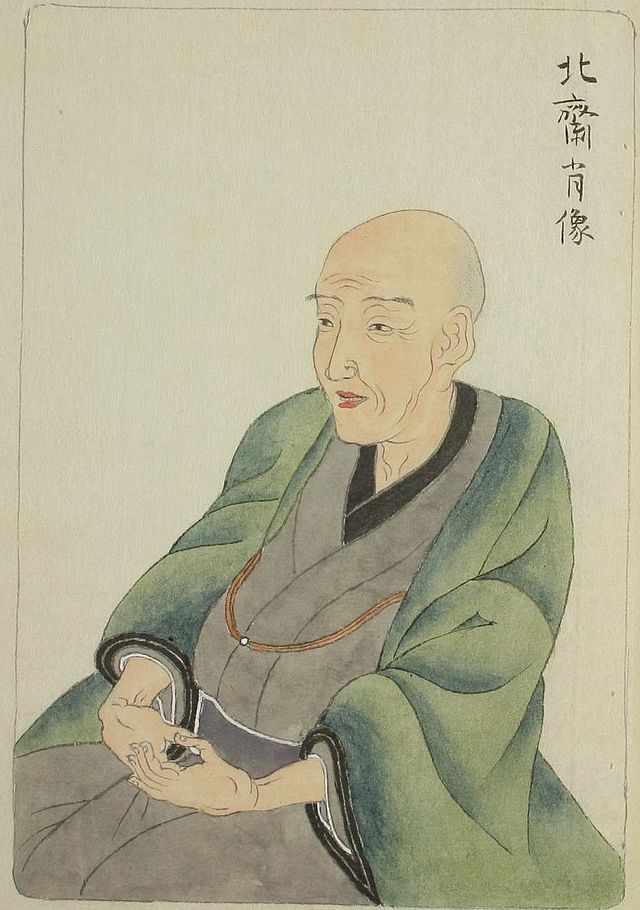 The image of Hokusai’s majestic wave arcing a dwarfed Mount Fuji is one of the most iconic representations of Japan, and arguably the most famous piece of Japanese art internationally.

The Great Wave off Kanagawa has reproduction prints, keyrings, backpacks, t-shirts, scarves, cushions, and phone cases (we even found it on a pair of pants). It’s left such an impression that there are countless Great Wave tattoos and it has been immortalized as an Apple emoji.

Many though have little knowledge about the artist himself. With a new exhibition coming to the British Museum in London, and the recently opened Sumida Hokusai Museum in Tokyo, we’re taking a look beyond the wave with 10 top Katsushika Hokusai facts.

1. Katsushika Hokusai wasn’t his only name… 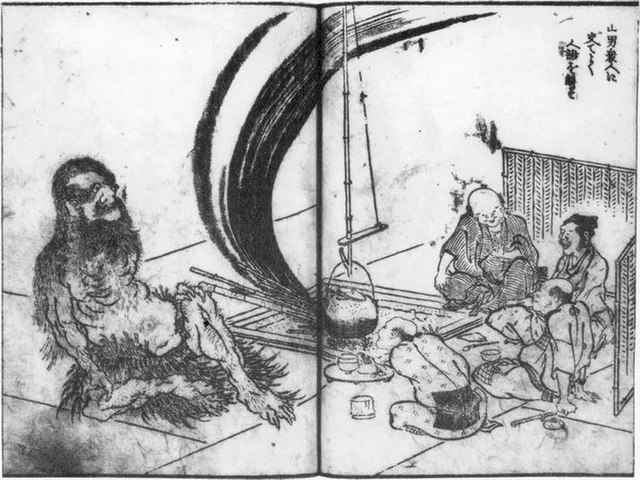 Hokusai went by more than 30 names throughout his career including Shunro, Sori, Kako, Taito, Gakyojin, Iitsu, and Manji. Towards the end of his life, he went by Gakyojin, “I used to call myself Hokusai, but today I sign myself “The Old Man Mad About Drawing””.

2. The Great Wave is one of a series 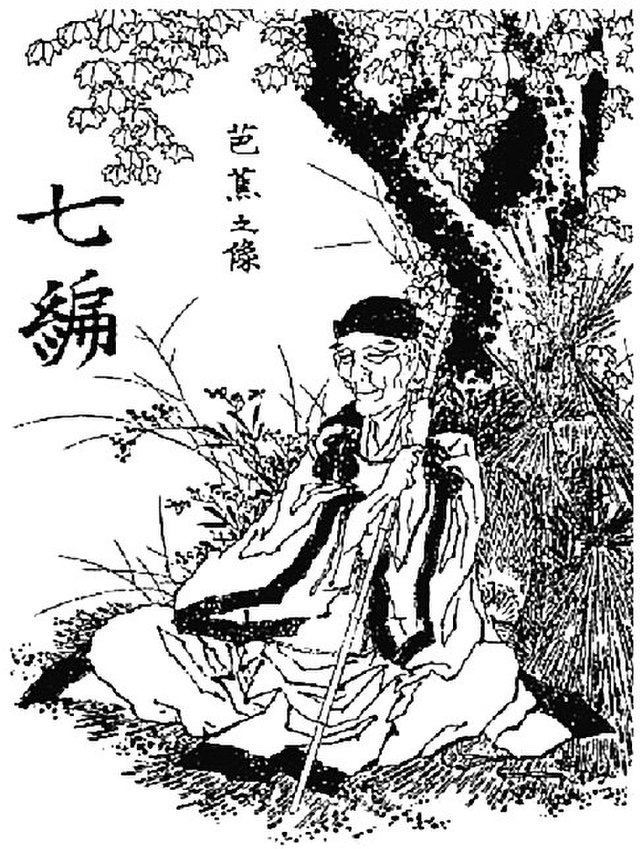 The Great Wave off Kanagawa isn’t a stand-alone piece, but just one image in a print series called Thirty-six Views of Mount Fuji.

3. His work influenced many artists in the west

The Great Wave uses a blue pigment imported from Prussia, but it was painted between 1830-32 during Sakoku, a period when Japan was secluded from the rest of the world.

When the borders opened in the 1850s, Hokusai’s work was recognized by his European contemporaries; Claude Monet, Edgar Degas, and Toulouse-Lautrec became collectors and Vincent Van Gogh’s work was heavily influenced.

Claude Debussy was even inspired to write La Mer after seeing The Great Wave. 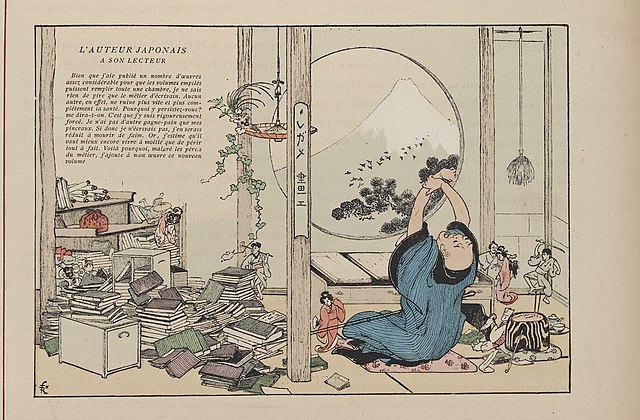 Hokusai’s date of birth is believed to be 30 October 1760, but even he wasn’t completely sure! Despite being 70 when he painted his seminal series Thirty-six Views of Mount Fuji, he was convinced that he wouldn’t see his best work until he reached 110.

“When I am 80 you will see real progress. At 90 I shall have cut my way deeply into the mystery of life itself. At 100, I shall be a marvelous artist. At 110, everything I create; a dot, a line, will jump to life as never before. To all of you who are going to live as long as I do, I promise to keep my word. I am writing this in my old age.”

He didn’t see 110, passing away on 10 May 1849 at the age of 90. On his deathbed, he reportedly said “if heaven had granted me five more years, I could have become a real painter”.

5. He was one of the first users of the term “manga” 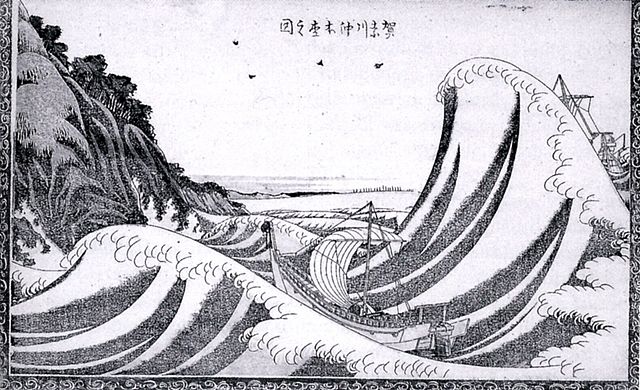 He created an illustrated series titled Hokusai Manga between 1814–19, with amusing images for his students and other aspiring artists to copy. It became a best-seller and one of the earliest recorded uses of the term manga – unrelated to the modern comic book equivalent!

6. Hokusai was a Buddhist 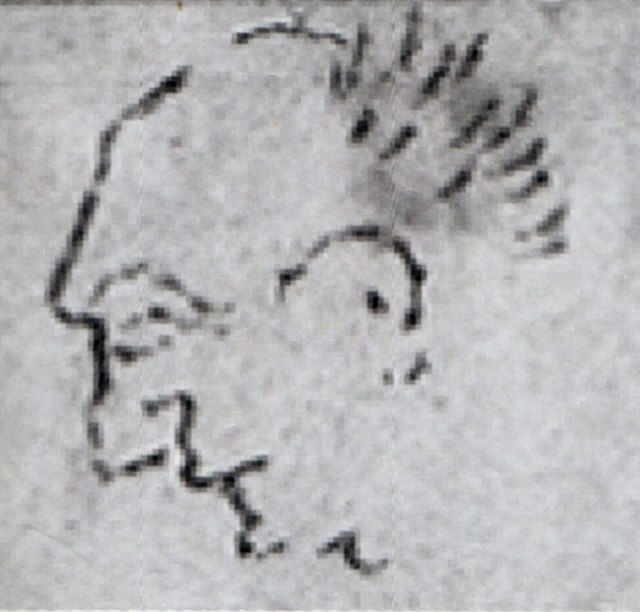 Self-portrait between 1834 and 1846 by Hokusai. Hokusai described him as “Shaggy white-haired with small eyes and large nose”. Photo unattributed – Wikimedia Commons

Hokusai followed the Nichiren school of Buddhism and it is believed that his repeated representations of Mount Fuji and the name Hokusai are related to religious symbolism. In 1804, he also created a 600ft (180m) portrait of Buddhist priest Daruma for a festival in Tokyo using a broom and buckets of ink. 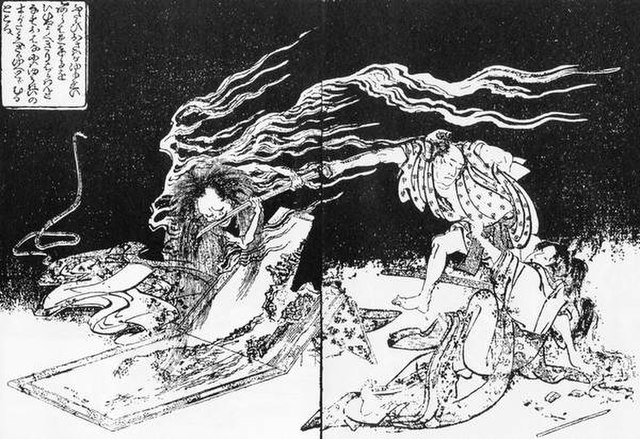 Hokusai Onryo. Onryō, a Vengeful ghost that manifests in physical (rather than spectral) form) from the Kinsei-Kaidan-Simoyonohoshi. Katsushika Hokusai. Photo unattributed – Wikimedia Commons

Long days and a long life allowed Hokusai to amass an incredible 30,000 pieces of work, but unfortunately, a fire in 1839 destroyed many of his pieces.

8. Thirty-six Views of Mount Fuji are on rotation 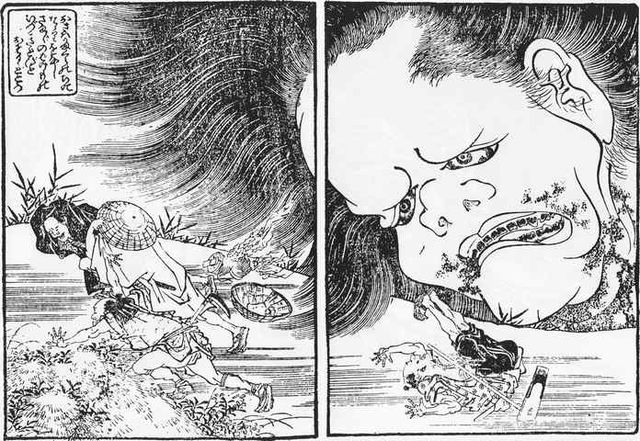 The remaining copies of The Great Wave vary in quality and color intensity; woodblocks degrade over time so early prints tend to be brighter and more defined. There are few remaining early pieces from the series, so the prints are exhibited on rotation to protect the color.

9. Hokusai’s daughter was also an artist

Hokusai’s daughter Eijo (art name Ōi) was also a gifted artist and moved in with her father to work alongside him in his later years. Her life is immortalized in the manga series and anime film Miss Hokusai.

10. The Great Wave wasn’t the only wave 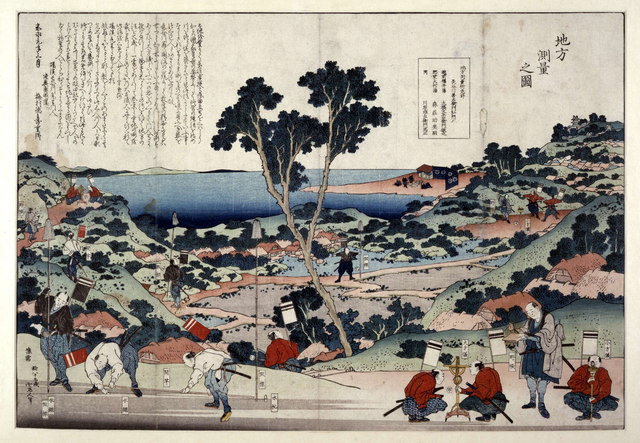 Throughout his career, Hokusai also depicted waves in Chōshi in Shimōsa Province, Kajikazawa in Kai Province, and Ono No Takamura.