Top 10 Things to do in Leipzig 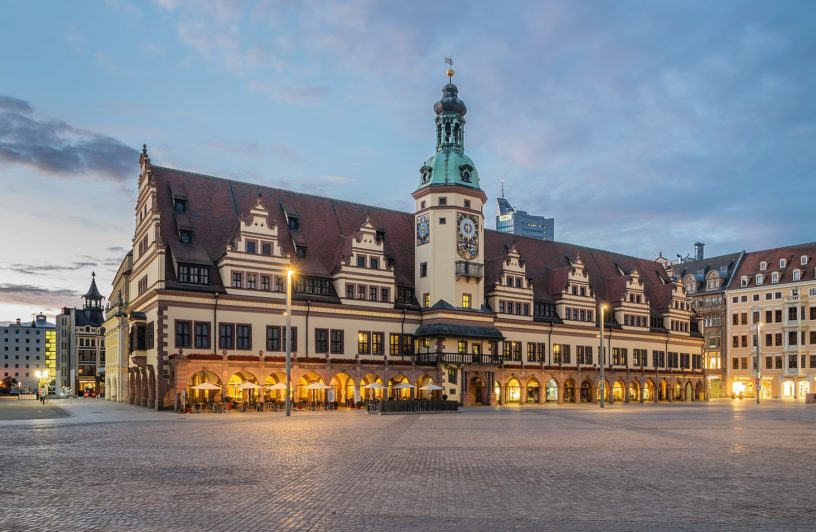 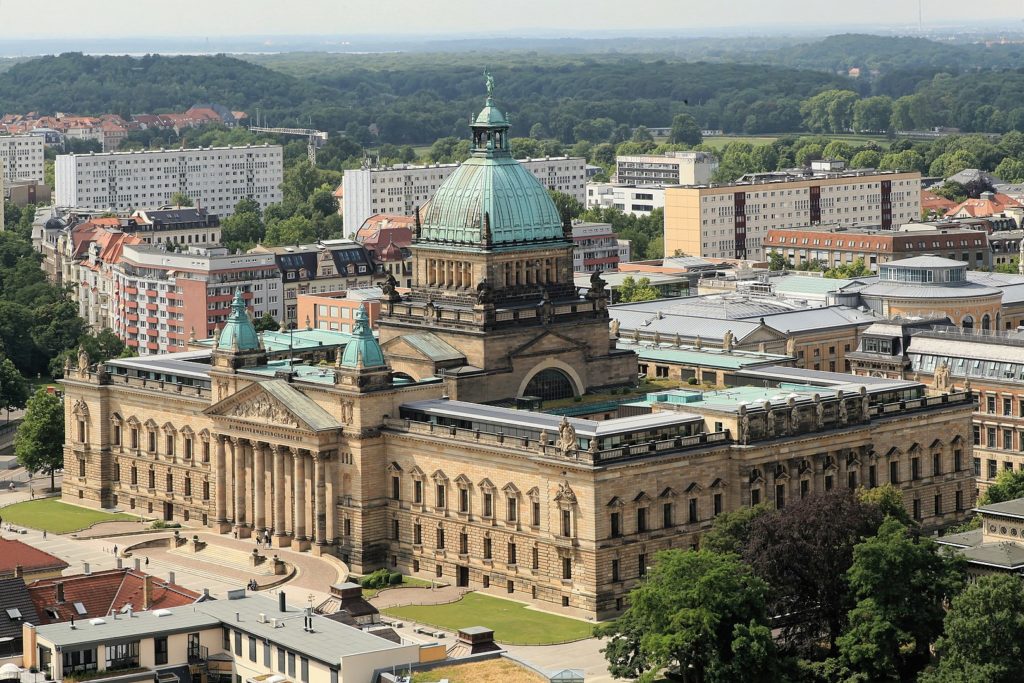 Top 10 Things to do in Leipzig

Leipzig is the most populous city in the German state of Saxony and the 8th in the entire country. Located in East Germany, it is the 2nd most populous after Berlin.

This German city has always been known as a place of commerce. Its large trade fairgrounds and exhibition halls are located north of the city.

Most of the historical buildings, exceptional arcades and courtyards in this city were constructed by merchants.

Today, Leipzig is known as a centre of art, learning and for hosting international book fairs. You can take a tour of the old publishing houses, the German library among other major libraries.

Leipzig remains to be one of the most popular tourist destinations in eastern Germany thanks to its rich cultural and musical heritage. It is an affordable city to travel to.

With that said, here are the top 10 things to do in Leipzig on your next visit.

In December, the market at the Old City Hall comes to life during the annual Christmas market. At the centre is a 20-metre Saxon spruce surrounded by hundreds of stalls.

There are also weekly markets where vendors sell their fresh produce. Special market days are held over Easter and during the world’s largest gothic festival, Wave-Gothic-Treffen.

Check out the architecture of the square where the old and modern blend flawlessly. The Old Town Hall as well as the Alte Waag from the 16th-century host most of Leipzig’s trade fairs.

These two buildings are one of the most striking Renaissance architecture in Germany. the arcade at the front was built in 1907 to replace wooden shops. 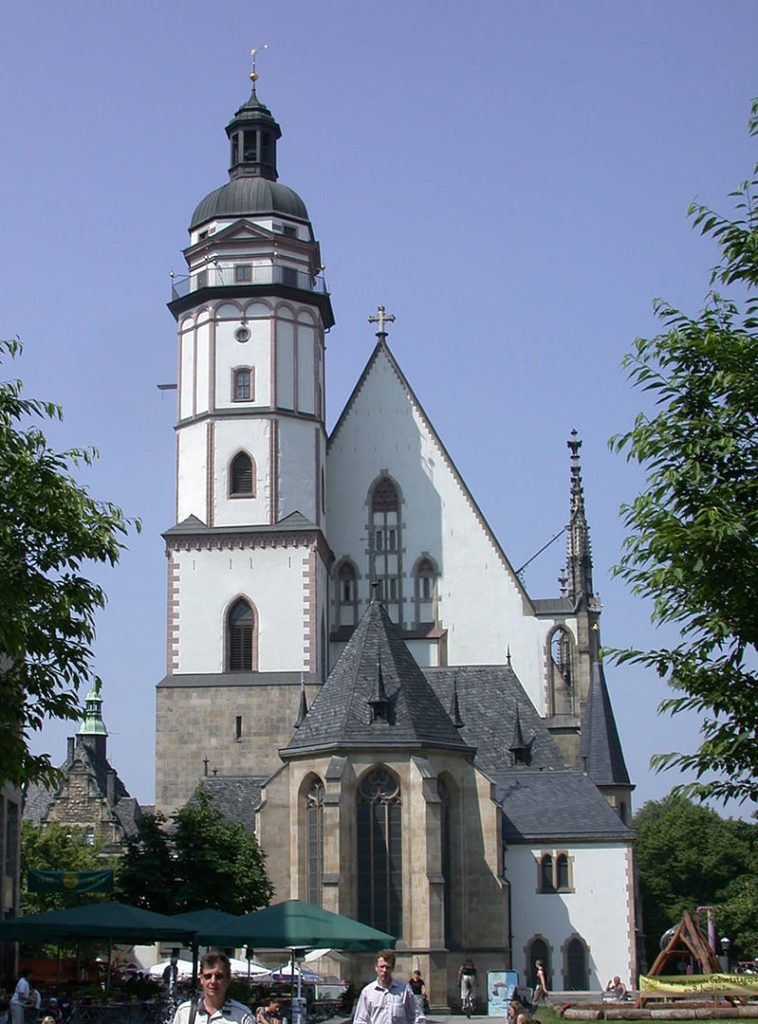 Not far from the Leipzig’s Market is St. Thomas Church, home of the world-famous St. Thomas Boys’ Choir. The choir was started back in 1212 when the church was built.

This church was originally built to serve as a monastery for the Augustinians. It was renovated in the later centuries where they designed it to resemble a late Gothic hall church. This style was popular in Upper Saxony.

The front of the church was renovated in the late 19th century. Martin Luther preached here in 1539.

The church draws music lovers from all over for their popular music events such as the frequent choir and organ concerts, bi-weekly motets, Bach Passion concerts, and the Christmas Oratorio.

This church played an important role in the reuniting of Germany; it was here that Monday demonstrations were held.

The beautiful Old Town Hall in Leipzig is now a museum. It houses the Museum of city history Leipzig.

On the first floor of this old-fashioned hall is the city’s ancient and medieval history. The exhibits have information on the city’s Slavic origins, its growth as a trade centre and the wars fought here over the years.

On another floor, you will find a section purely dedicated to music celebrities such as Bach, Wagner and Mendelssohn. One will have a good understanding of the city’s development history.

There is also a floor with artefacts collected between the 19th and 21st centuries in Leipzig. The World War I and World War II sections are worth checking out. They have large exhibits of the wars.

This museum is the best place to learn the cultural history of Leipzig.

4. Visit the Monument to the Battle of the Nations 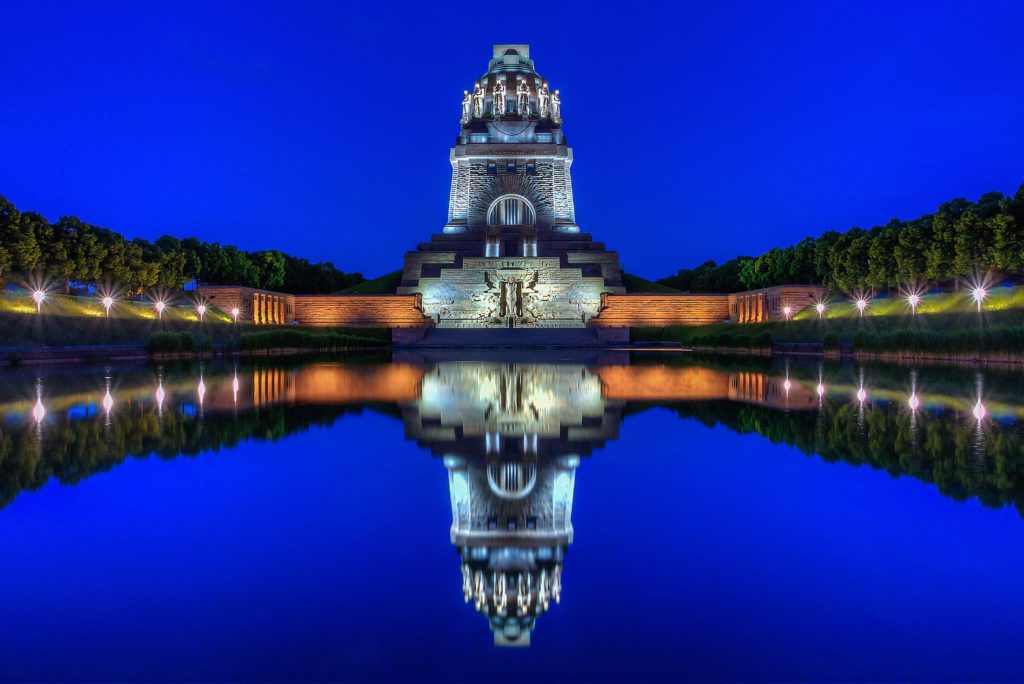 This incredible memorial to the soldiers of the 1813 Battle of Leipzig is massive. It is located at the peripheries of Leipzig that can be reached via a train.

The monument was finished in 1913 to honour the 100th year anniversary of the Napoleonic War. Citizens and the city-funded the monument.

It is 91 metres tall and has a museum inside it. The Forum 1813 Museum showcases the historic defeat of Napoleon. More than 600,000 soldiers fought here in one of Europe’s largest battles.

There is a viewing terrace at the top of the monument for a stunning panoramic view of Leipzig.

Leipzig Zoo is one of Germany’s best zoos to visit for both adults and children. It is home to more than 850 different animals. There is an underwater glass wall where you can watch the animals swim.

The zoo has different themed sections like the tropical environment home to Germany’s only Komodo Dragon.  A rainforest with exotic animal species, a jungle and a treetop trail.

The tropical-themed section is made up of thousands of trees and plants as well as a garden with exotic fruit trees and spices.

Rare animals can be found in this zoo such as the Baikal seal, tapir, and Siberian tiger. These animals are kept in natural enclosures.

6. Enjoy a view of the city at Augustusplatz 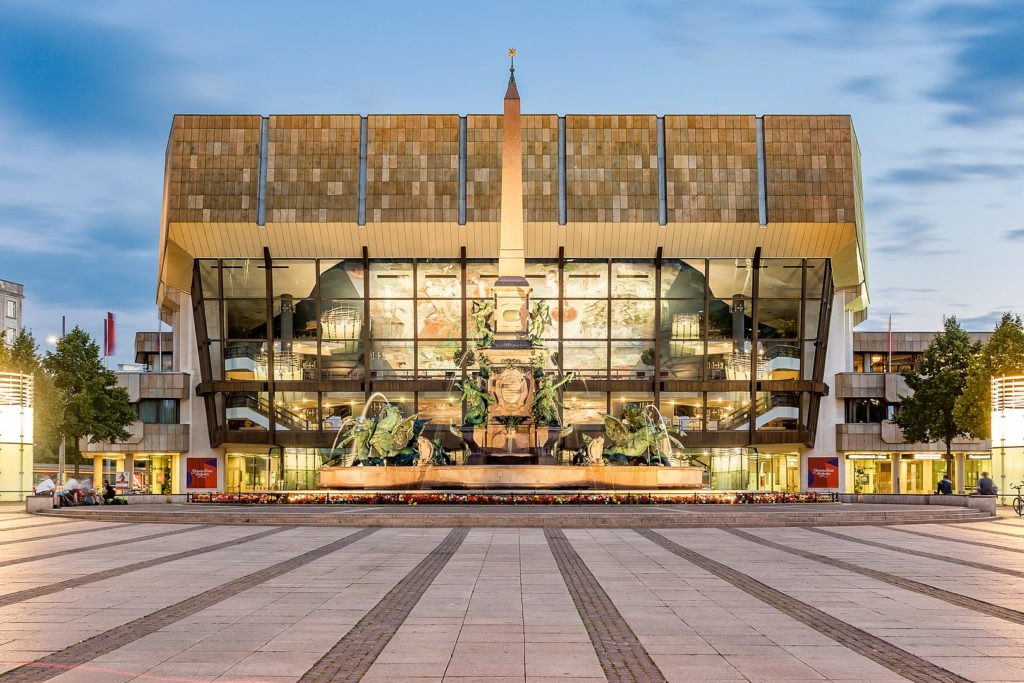 Augustusplatz is Leipzig’s largest square. From this square, you will get to explore historical landmarks, cathedrals, and concert halls.

It is at this square that one can also shop at the seasonal markets, attend festivals and concerts that are held here throughout the year.

At this square, you will also find the tallest building in the city; it is 142.5 metres tall. There is an observation platform that gives a panoramic view of the city.

This square has an abundance of attractions. From the tower, you could go to Leipzig’s Opera House or the cathedrals.

This Gothic and Baroque Church was the scene of the Monday Demonstrations that eventually helped reunite Germany in 1989.

The church had backed the protestors who had prayers for peace every Monday since 1982. The peaceful protestors made this their demonstration venue. It was at this church that Bach premiered many of his pieces.

The architecture of the church has switched from Romanesque to Gothic to its current Gothic style. Its interiors have floor to ceiling columns and a Luther Pulpit. 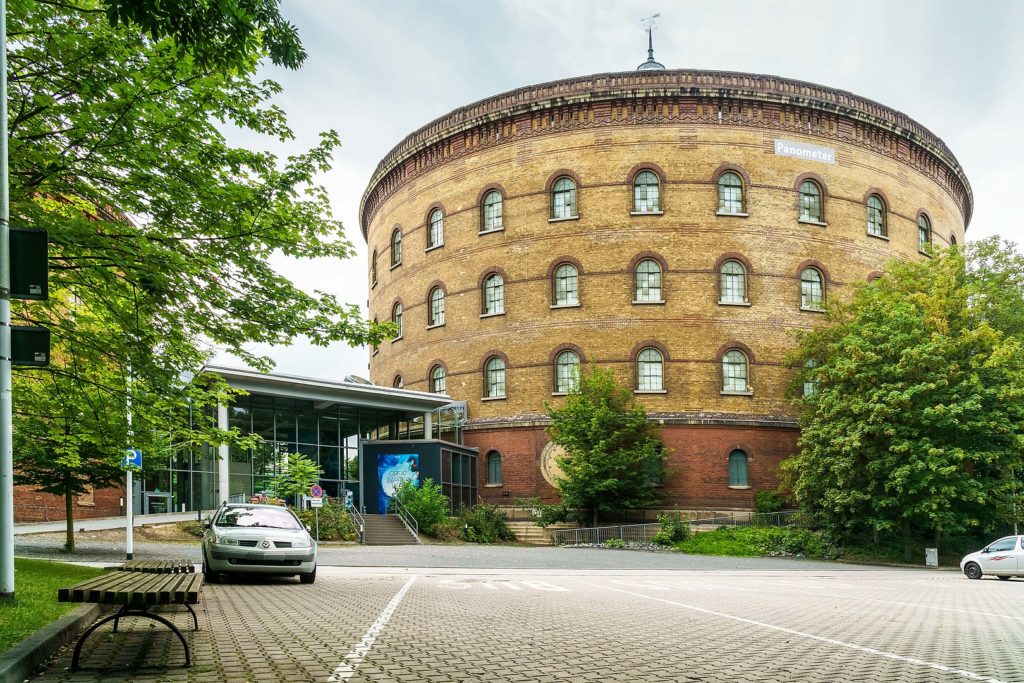 This is a gallery in Leipzig that showcases the marriage of a giant 360° painting and a giant gas tank. Yagergar Asisi, a Berlin-based artist, came up with this unique idea.

He used paper, pencil and computers to create scenes drawn from nature or history. His works are about 100 metres long and 30 metres tall.

Inside the gallery, you will find the largest cloth mural in the world. It is 344 feet in circumference and 98 feet high. The themes of the murals change every year.

This passage was built in 1910 by the leather manufacturer Anton Mädler. It was designed by architect Theodor Kösser in a minimalistic historicist style.

The Passage has four storeys and is 140 metres long. There is also a wine tavern that dates back to the 15th century. The rest are custom shops, cafés and restaurants. It is here that you will find luxury brands outlets.

Most of the tourists that visit here go to see the historic tavern. There are murals of Faustus that were the muse for his epic Faust masterpiece.

New Town Hall in Leipzig has the aura of a palace. The construction was completed in 1905. Its tower is the tallest of all city hall towers in Germany.

There was a palace in its palace which was remodelled into the present palace. During World War II, the Nazi army occupied it.

Another attraction here is the bridge between the buildings in Burgplatz. Get an up-close look at the tower through a guided tour.