Top 10 Things to do in Hamburg 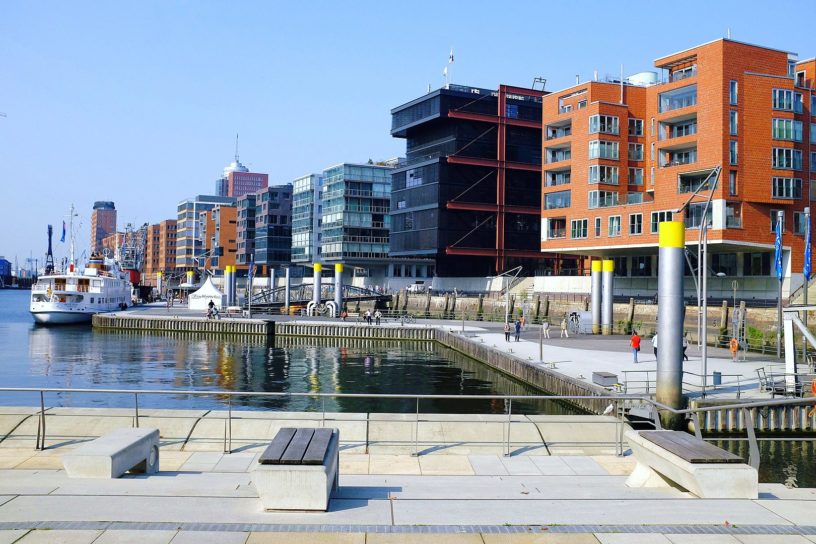 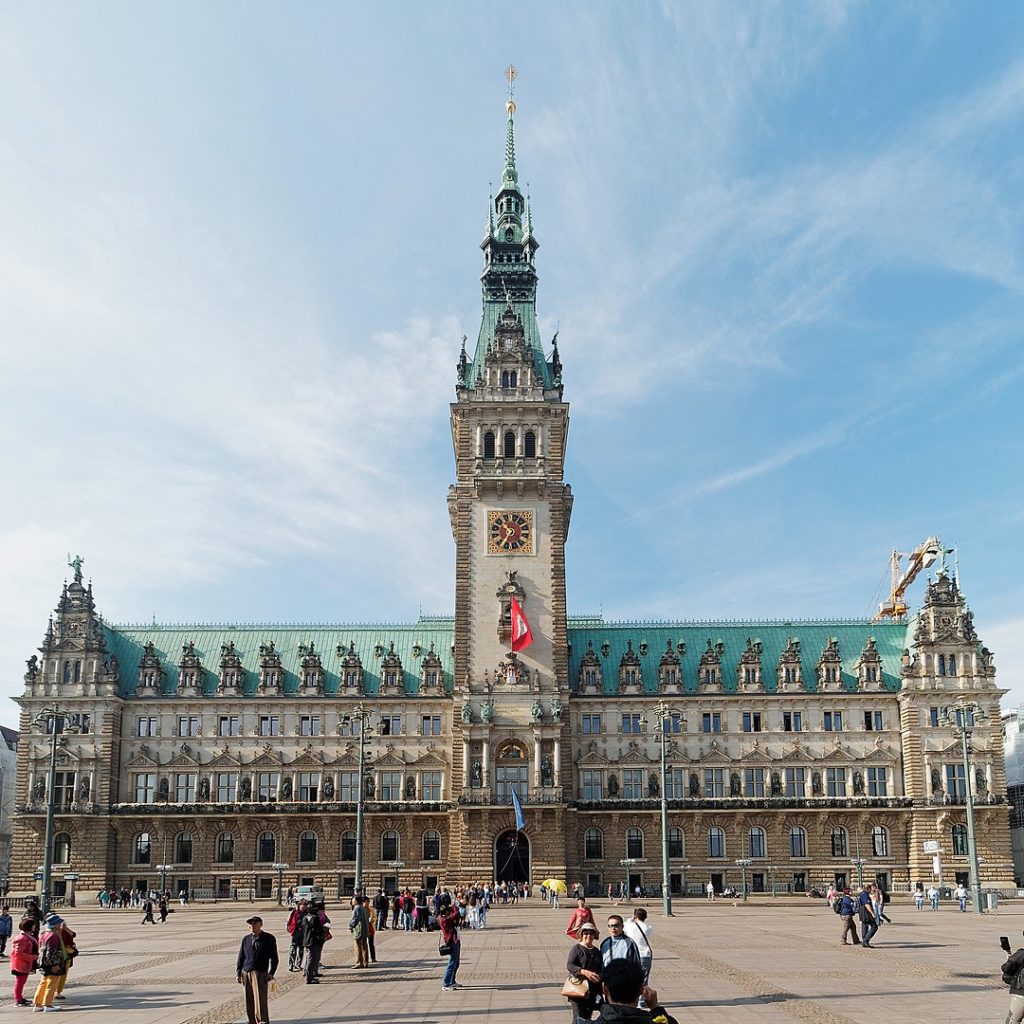 Top 10 Things to do in Hamburg

Hamburg has retained its charm since the days of the medieval Hanseatic League. The city has always been an international port city. Its harbour is still the busiest in Europe.

This city constantly receives visitors from cruise ships who have described Hamburg as a stylish place.

Boats rocking back and forth on the port, picturesque cafés and restaurants make Hamburg a postcard-worthy destination.

It is in one museum in this city that you will find the most impressive of European art in the entire country. Hamburg is where cultures converge, endless opportunities and a favourite city of many in Europe.

Read more on the top 10 things to do in Hamburg. 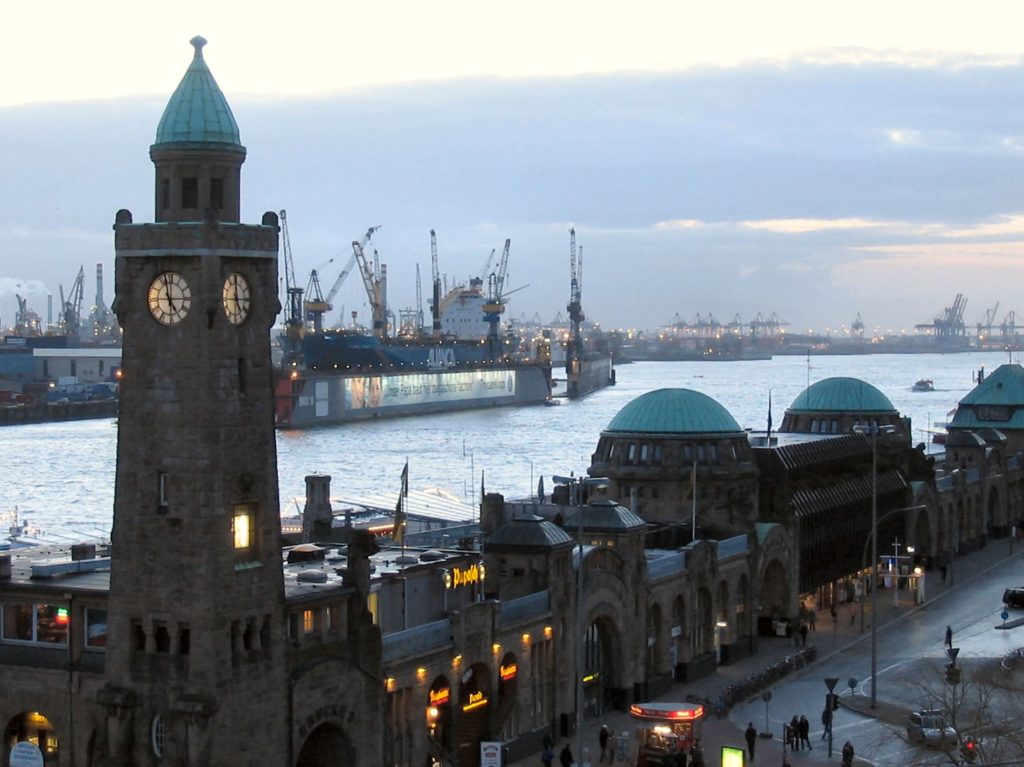 The attractions here have made this quarter the top places to visit while in Hamburg. It is unique, loud, flashy, flamboyant, trendy and colourful.

Locals, tourists and celebrities love it here. This is where The Beatles started their career. To learn more about them visit the Beatlesplatz square.

Music has always been part of the St. Pauli quarter since the 60s. The quarter hosts annual music festivals like the Reeperbahn Festival in September. The festival hosts great international artists as well as local bands.

If you love parades, then the Schlagermove parade is one you cannot miss. It attracts thousands of party lovers every year.

A night out in St. Pauli is one for the books. The music, artistic ambience, and quirky clubs make it a great place to visit. 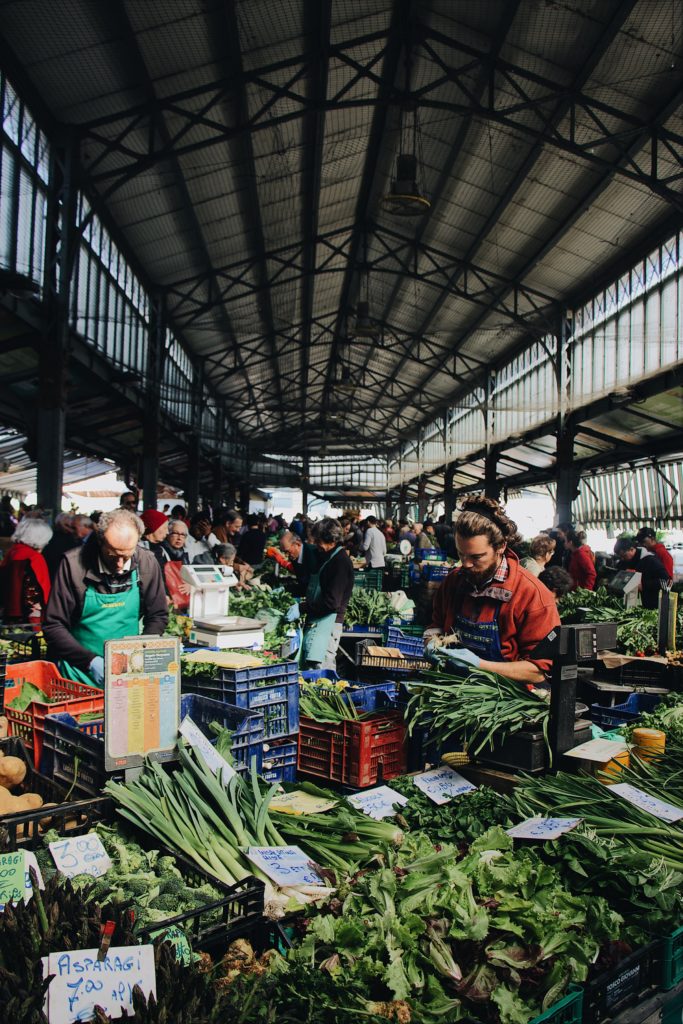 Photo by Mael BALLAND on Unsplash

Fischmarkt’ is another popular attraction in Hamburg. The market has been active since the early 18th century.

Although the market started as a fish market and seafood, that is not all that you will get here.

There are fresh flowers, fruits, vegetables, meat, clothes and so much more. You will get to shop for ready-made food, snacks or even relax with family over brunch.

The market opens early every Sunday morning. You will get to mingle with the local vendors, early risers, as well as revellers continuing their party.

Live bands and DJs entertain the crowds with lively music.

This warehouse district is the largest in Germany with timber houses. The district was established in 1883 after Hamburg joined the German customs.

Residential homes were pulled down and warehouses were constructed on oak piles. The building’s design was from Gothic Revival architecture.

This district is now a UNESCO World Heritage Site. The ambience here is calming and perfect for a stroll down the port. Check out the colourful red-brick canyon, canals and admire the triangular-shaped roofs.

Today, some of the warehouses are apartments, others are tourist attractions, while the rest still serve their original storage purposes.

4. Take a stroll at Alter Elbtunnel 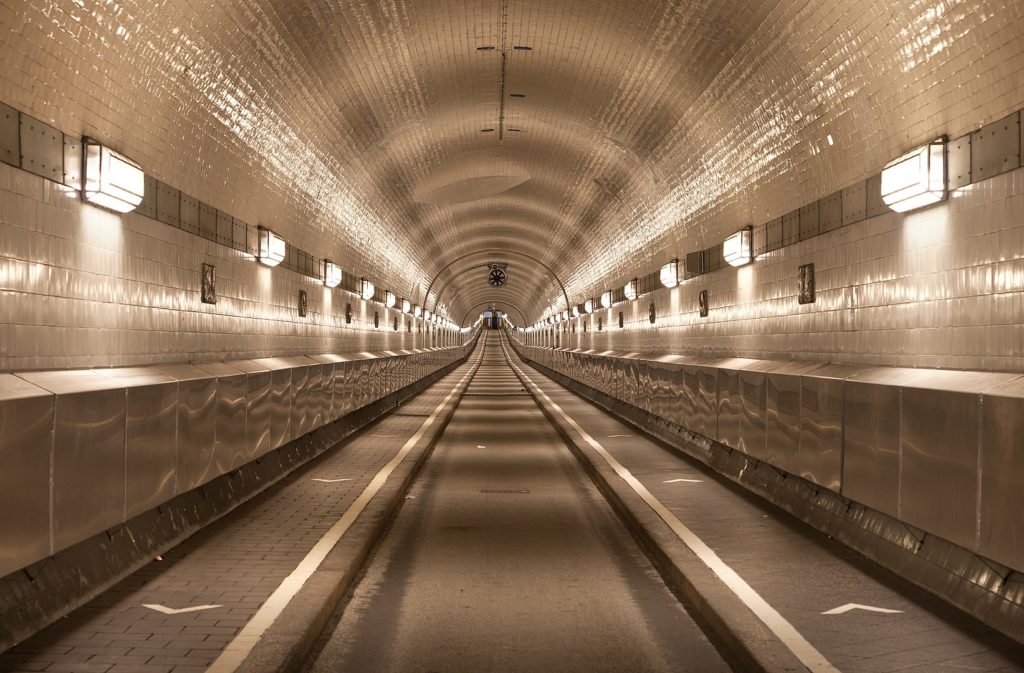 The Old Elbe Tunnel in St. Pauli Elbe Tunnel is a pedestrian, bike and motorist tunnel under River Elbe. Vehicles are however not allowed here.

It was opened in 1911 purposefully to serve the port and shipyard employees. The tunnel was a connecting route between Landungsbrücken and Steinwerder piers.

This tunnel became a tourist attraction in the 70s when it was re-opened after renovations. Inside the tunnel, you will see tile reliefs that resemble starfish, dolphins and other sea animals.

A walk down this tunnel 426-metre long tunnel is perfect for a photo opportunity.

St. Michael’s church is the largest in Hamburg. It was built on the same foundation two other churches were built. This church was constructed in 1912 after the first two were razed down by the fire.

As a top attraction in Hamburg, St. Michael church has interesting features inside worth seeing.

The church has five different organs, a 65-foot tall altar, a crypt and an observation deck that is 350-foot high.

It is also home to Germany’s largest clock bell on its tower standing at 433 feet. This tower is visible from all over Hamburg. The crypt in this church is the resting place for more than 2,000 people. 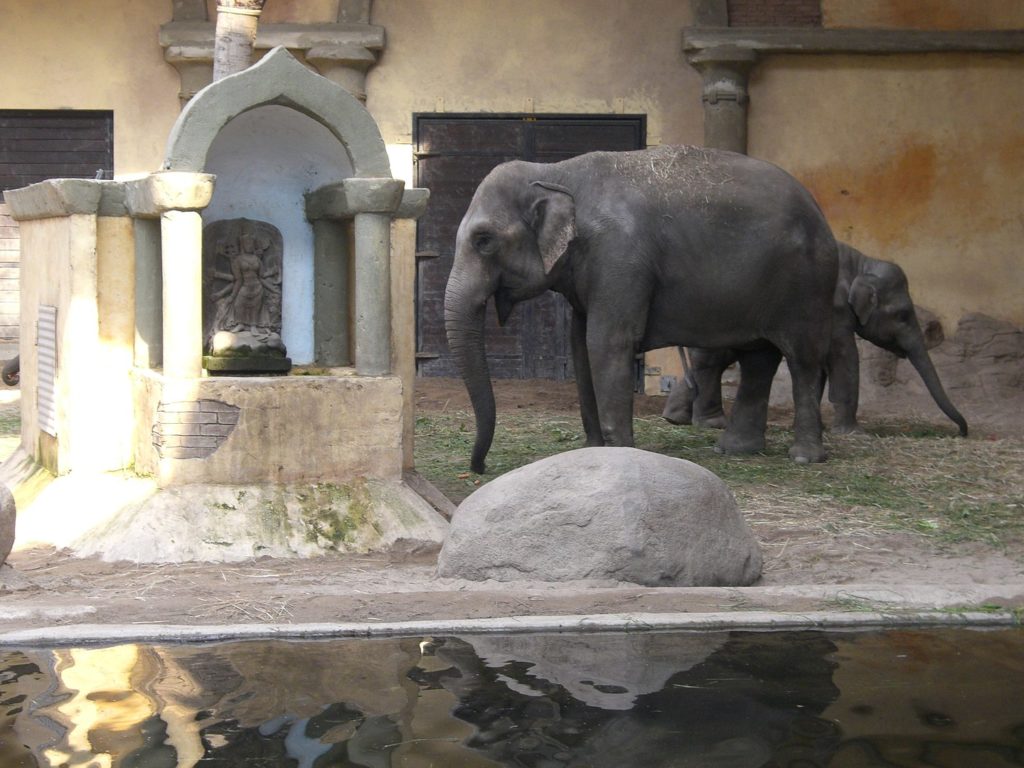 The Hamburg Zoo is owned by the Hagenbeck family; they established it in 1907. Mr Carl Hagenbeck traded wild animals. He used moats to keep the animals instead of cages. This practice is still in use today.

This zoo is home to several animal species additionally it is home to the largest elephant herd in Europe.  There is also a 4-level tropical aquarium hosting more than 14,300 marine animals.

Hamburg zoo is perfect for the entire family or solo travel. There are restaurants, playgrounds, recreation parks, petting zones among others.

This is Europe’s best urban park on 47 hectares of gardens, lawns, ponds, greenhouses and botanical plantations. Its origin goes back to 1821 when the first Botanical Garden was established.

There are five greenhouses in this garden that are interconnected. The largest of the five is the Schaugewächshaus.

The park’s rose garden is a spectacle in summer when it blooms. You will also find the largest Japanese landscaped gardens in Europe.

Children can play in the playground and during winter skate in the ice rink.

This museum houses a collection of maritime artefacts by Peter Tamm. He was fascinated by model ships and other naval memorabilia. The museum was opened in 2008.

There are nine floors filled with informative exhibits, artefacts, model ships and more than a million photographs.

You will see old sailboats, a reproduction of Ernest Shackleton’s lifeboat and a 3,000-year-old canoe. Old medals and navy uniforms from all over the world are on display.

Elbe Beach is a striking stretch of sand in Hamburg. The water in the River is clean and clear. There are grand mansions along the river that offer breathtaking views of the harbour.

In summer, the beach has a ton of activities such as volleyball matches, and boat cruises. Enjoy a cocktail while people-watching or taking in the views of the bay.

For those that love to stay fit, you can go for a jog or a walk along the beach.  Barbecues are allowed in certain areas on the beach as well as camping.

Don’t miss the Old Swede boulder, it is a landmark that was discovered during an excavation on the Elbe in 1999. It weighs 217 tons.

10. Take a tour of the Miniatur Wunderland 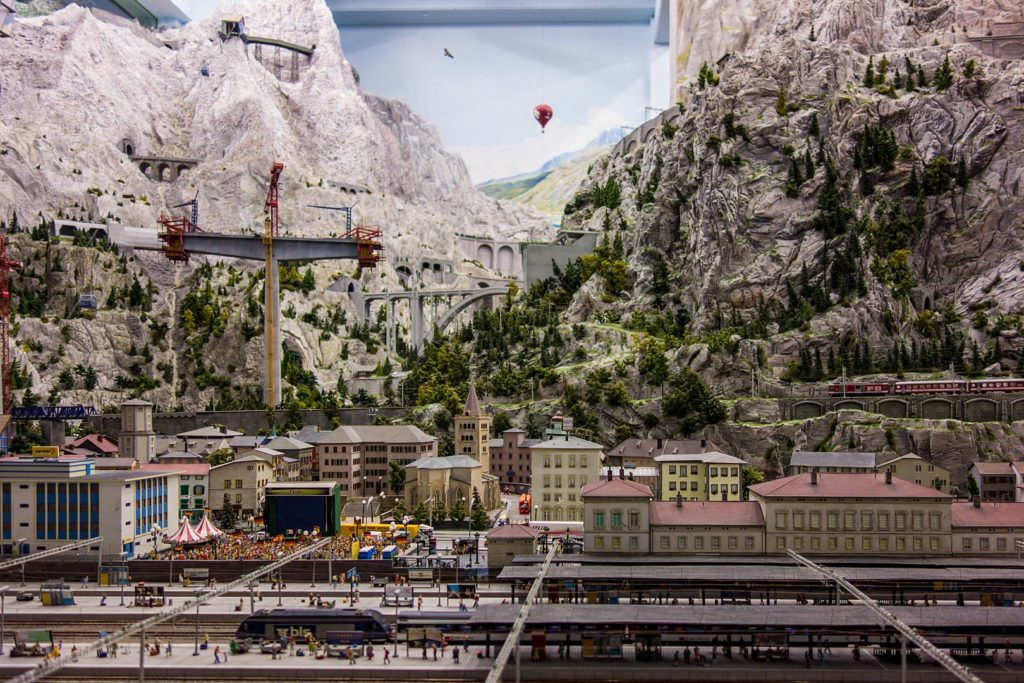 Photo by Visions of Domino – Wikimedia

This all started with miniature railway models of Austria and Central Germany. It has been expanded since the year 2000.

Over the years, they have had new additions of scale models of Italy, Hamburg, the United, States, Switzerland and Knuffingen’s airport. It has the world’s largest model train display.

There is over 385000 LED that glows every 15 minutes. At least 1.3 million visitors visit this park every year.