Top 10 Things to do in Frankfurt 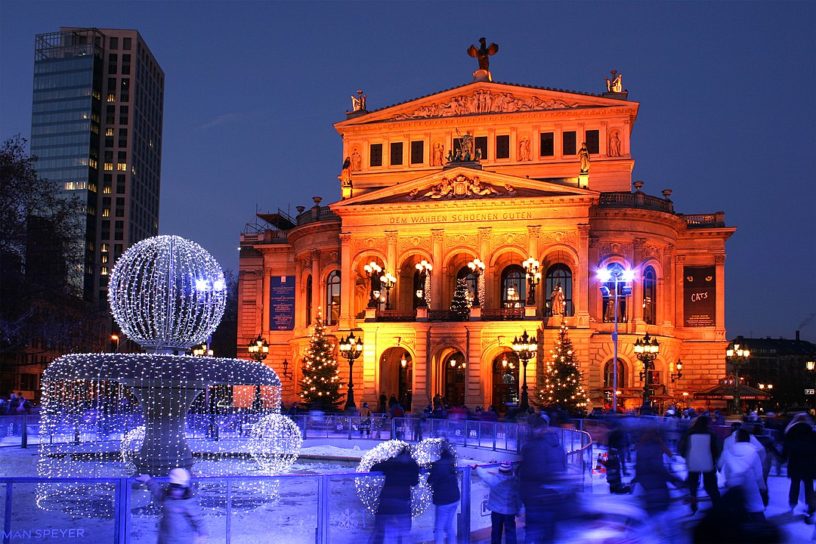 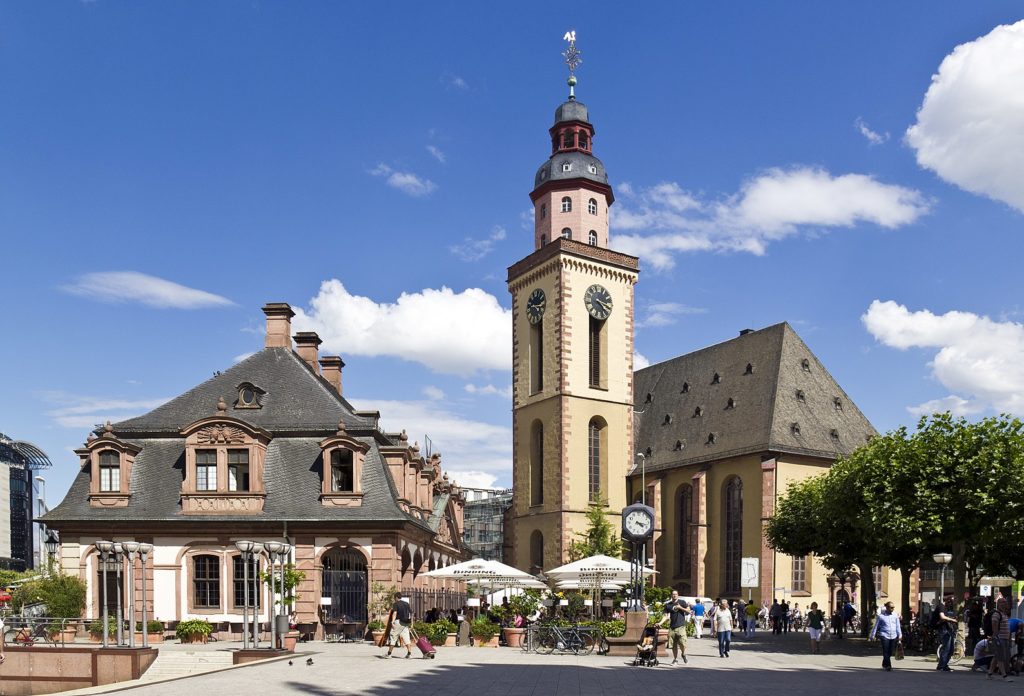 Top 10 Things to do in Frankfurt

Frankfurt is an old imperial city that is by River Main. It remains to be an important commercial and economic centre. This city has an impressive skyline with skyscrapers and there is a skyscraper fest every year in May.

As a global city, Frankfurt has been among the top 10 best cities to live and work in in Europe. It is also an important centre for culture and tourism.

There are frequent book fairs such as the Frankfurt Book Fair, one of the most important publishing events. Frankfurt has more than 20 museums on arts, science and history.

Other attractions include Johann Wolfgang von Goethe, pubs selling traditional beer. Without letting much out, here are the top 10 things to do in Frankfurt.

It is at the centre of Frankfurt’s Old Town. The town has an irregularly shaped square with the Justice Fountain at its centre.

This is without a doubt Frankfurt’s most picturesque public square. It is also the busiest pedestrian zone, popular with tourists and loaded with fun things such as Christmas markets in December.

Top attractions in this square include open-fronted shops that once made up the medieval Old Town Hall. They were renovated in 1954 after the Second World War.

Its original Gothic style half-timbered buildings have retained their charm. Do not miss the Historical Museum. It was founded in 1878 and is home to Frankfurt’s rich cultural history from medieval to modern times. 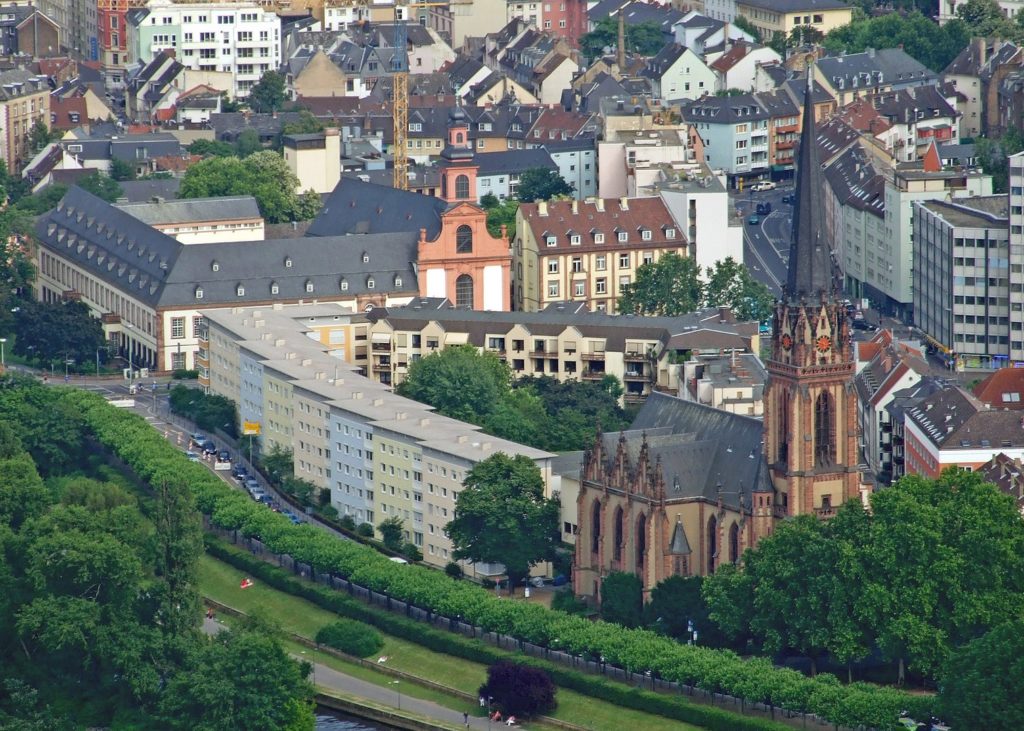 The Museum District is a cluster of 12 museums in an area known as the Museum Embankment. Most of the museums are on the left bank of River Main.

Some of the museums to check out here are film, art, architecture, communication and ethnography. The idea to have them in one location was conceived in the 1980s and 1990s.

The buildings housing the museums differ in architectural designs. Some are minimalistic while others are striking thanks to architects O.M. Ungers and Richard Meier.

This is undeniably one of the top things to do in Frankfurt.

After Germany was united in the 19th century, Frankfurt Cathedral became a landmark with historic significance. The church has remained significant since the days of the Holy Roman Empire.

This cathedral was constructed between the 14th and 15th centuries. Its architectural design is Gothic and it served as a collegiate church before becoming a Cathedral in 1562.

It was after it gained this title that the cathedral started hosting the coronation ceremonies for the Holy Roman Kings. Ten Roman Kings were crowned here between 1562 and 1792.

In 1867, the church was destroyed by fire and then again in the 1950s after World War II. It was renovated twice and each time it retained the original design.

4. Take in the view of the city from the Main Tower 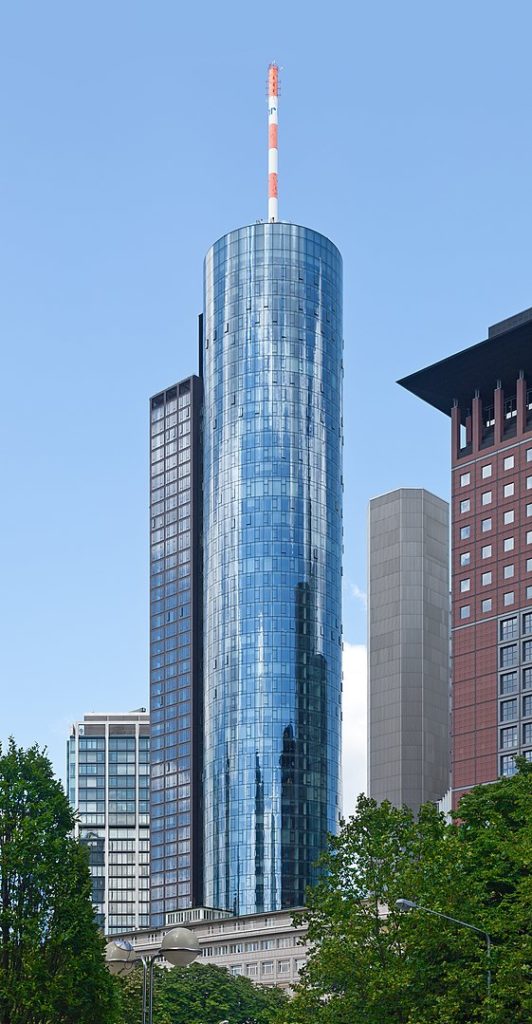 This Tower will give you a 360-panoramic view of the city. It is a 200-metre tower that opened in 2000 and is the 4th tallest building in Germany. Main Tower was the first high rise building with a façade made of glass.

Its location on the east side of the central business district gives a sweeping view of the Old Town and the Main. The Tower was designed by Schweger und Meyer.

For beautiful views of the city at night, the observation deck is opened for longer on Fridays and Saturdays during summer.

5. Take a tour of Goethe’s House

Goethe’s house is located a short distance from the city centre. It was the home of the famous German writer and his family until 1795. Like most homes in Germany, it was destroyed during WWII.

The house was renovated and turned into a museum showcasing Johann Wolfgang von Goethe’s works, personal items and life.

Its façade has an updated Rococo design. The interior of the house has contemporary artefacts like the astronomical clock.

Goethe wrote The Sorrows of Young Werther in this house. Check out his writing desk in the house.

6. Shop for fresh produce at Kleinmarkthalle

Markets are always a good place to mingle with the locals and one such place is Frankfurt’s Kleinmarkthalle. This is a regular market for the locals that shop for their fresh produces daily.

The main hall in the market has been used since 1954 and it has 150 market stalls. Try out Frankfurt’s Green Sauce, a traditional sauce made using different herbs, sour cream and egg. 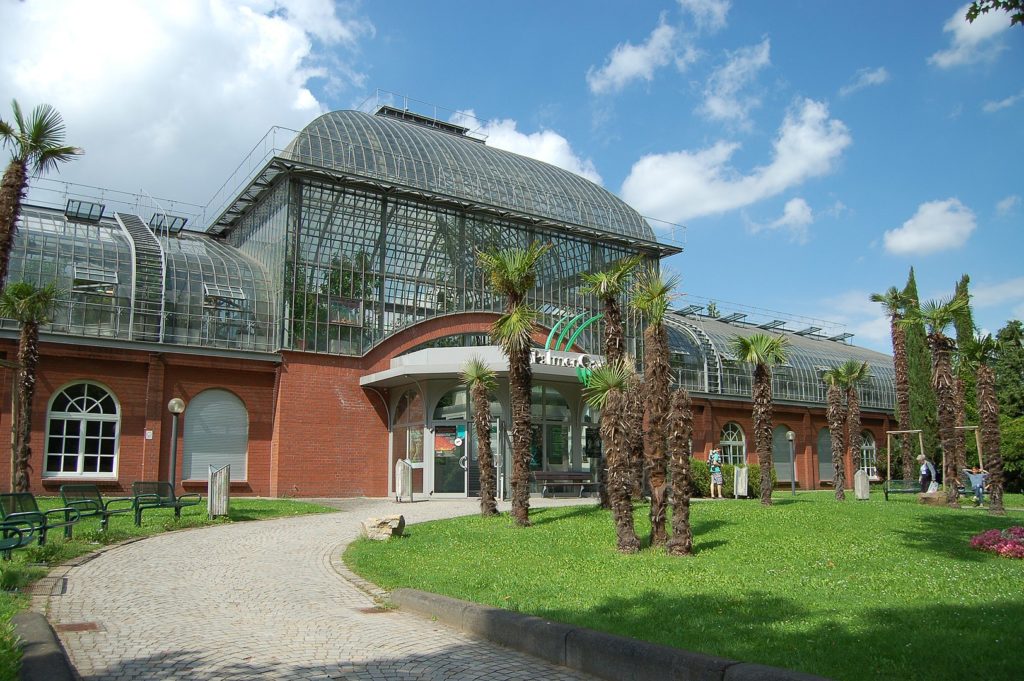 This is one of the largest botanic gardens in Germany and has had its gates open since 1871.

It is one place you cannot afford to miss, famous people like Buffalo Bill visited the garden in 1890 together with his band.

The botanical exhibits have been laid out as per their geographical location. There are several greenhouses with subtropical and tropical plant species.

Activities here include boating, a children’s playground, and picnic spots, and guided tours.

There are exhibitions and performances in the historic Festsaal. Jazz im Palmengarten is the world’s oldest open-air jazz festival that began in 1959.

8. Chill with friends or family at Mainkai

Mainkai is on the far side of the Altstadt, defined by a lovely walk and cycleway. It is right along the river with benches to sit on while enjoying a drink from the cosy cafés.

On either side of the banks of the Main is a waterfront with pretty lawns, flowerbeds and trees. Families spend time here in summer picnicking.

On weekdays, crowds meet here in the evening after work for beer. It is also a perfect location for photography.

Go on a Sunday and browse the flea market for collectables and sample local food. You will find second-hand toys to locally made clothing, used bikes, crafts, antique furniture and art.

This public area is often regarded as the central hub of Frankfurt’s modern city centre area. It is important because it is close to a public transportation station.

It was named after a Baroque building that is located in its centre. The building was built in 1730 to house the local city militia. Frankfurt was an independent city at the time.

Since those days it has been a jail and a police station. Today, it houses a much-loved cafe.

The square is in the city’s main shopping area with an underground mall. It is here also where you will find the long pedestrianized shopping street.

Frankfurt’s iron footbridge has had an eventful 150 years since its completion in 1869. The bridge was renovated twice first time in 1912. This was when the Main was made navigable to larger boats.

The second time was after the German military blew it up in the last days of the Second World War.

The best time to cross the bridge is in the evening during sunset when the beautiful metal frame is illuminated by the sun.

The Eiserner Steg is also a lover’s paradise. There are several colourful love lock on the rail. Enjoy a spectacular view of the Main as well as the downtown skyline.