Top 10 Things to do in Düsseldorf 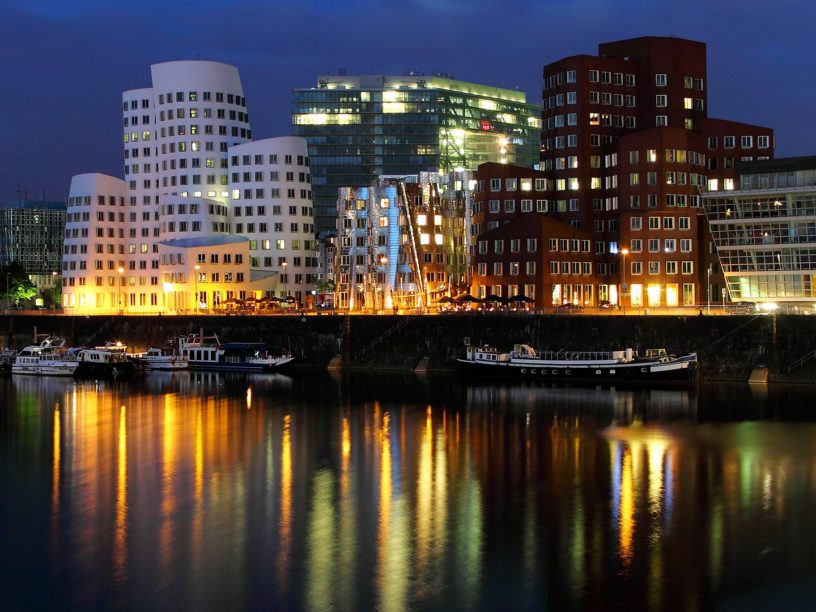 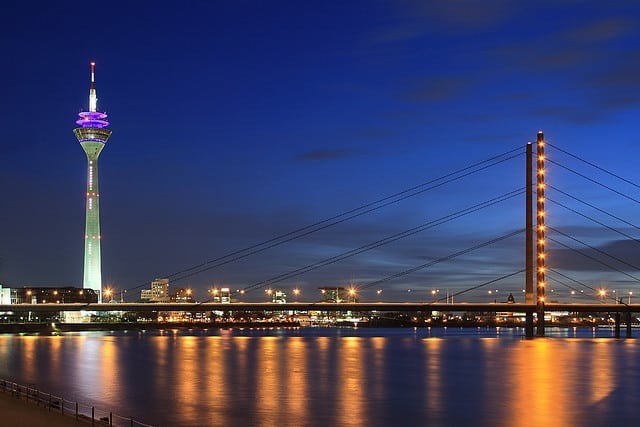 Top 10 Things to do in Düsseldorf

Düsseldorf is a city in western Germany that is famous for its fashion industry and art scene. The Rhine River runs between the Old Town which is on the east bank while the modern commercial areas are on the west.

Today the city of Dusseldorf is an international financial, a hub of giant luxurious shopping, all set against the backdrop of the picturesque Rhine River

Attractions found in the Old Town include St. Lambertus Church and the Castle Tower. These two attractions date back to the 13th century.

For a shopping spree go-to Königsallee and Schadowstrasse streets where you will find boutique shops.

History and Art lovers will have a great time in this German city. There are several museums and art galleries. They have works from international artists.

The location of the city along the Rhine river, the wide squares and pleasant boardwalks make Dusseldorf a pleasurable place to visit.

Here are the top 10 things to do in Dusseldorf.

Düsseldorf’s Rhine Embankment Promenade is one of the most pleasant places to relax while in the city. The Promenade was opened in 1997, beneath it is one of the busiest roads.

There are several cafés, restaurants, galleries, and shops on one side, and on the other is the Rhine River.

This promenade starts from the Oberkassel Bridge and links the Old Town to the state’s Parliament buildings. You can ride a bike on the designated paths or opt to take a stroll.

During summer, a walk down this promenade will give you a Mediterranean feel. It looks really spectacular during sunset.

The old town is perfect for a night out in Düsseldorf since there are more nightspots in this small town than you could ever imagine.

With more than 300 pubs, bars and nightclubs, the Old Town has been nicknamed the longest bar in the world. The bars are connected.

During the daytime, you could explore the gabled houses and the cultural amenities. Take your time walking through the cobble-stoned streets, admire tranquil churches and sip Alt beer in the traditional brewery pubs.

The top attractions of the Old Town include the Burgplatz, a square with an old palace tower. Bolkerstrasse is filled with Rhenish and international restaurants as well as the statue of Elector Jan Wellem in front of the beautiful City Hall. 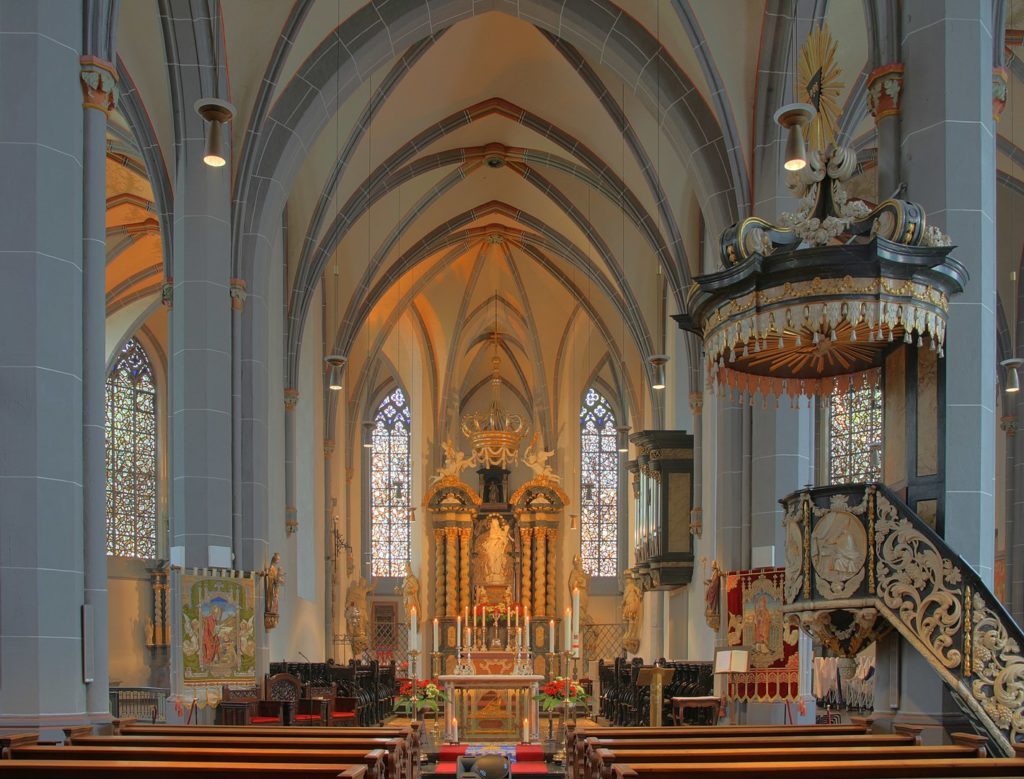 Photo by I Till.niermann – Wikimedia

This church is famous for its unique tower. The church dates back to the 14th-century and it is one of the popular attractions in the city.

Take a walk inside and admire the beautiful frescoes that were painted in the 15th century. There is also a tomb that was built during the Renaissance period.

St. Lumbertus church is the oldest building in the centre of the city. It dates back to the Romanesque period. It was the only church and parish in town during the middle ages.

The now-famous tower used to be slimmer and was made of simple red brick. Inside, were Gothic arches beautified with stained glass and filigree.

4. Get a Japanese experience in Dusseldorf

There is Little Tokyo on the Rhine. Dusseldorf is home to the largest Japanese population in Europe.

Indulge in the traditional ramen cuisine, the place is always crowded so it’s best to go in early to avoid the queue.

5. Check out the Schloss Benrath, A Baroque Masterpiece 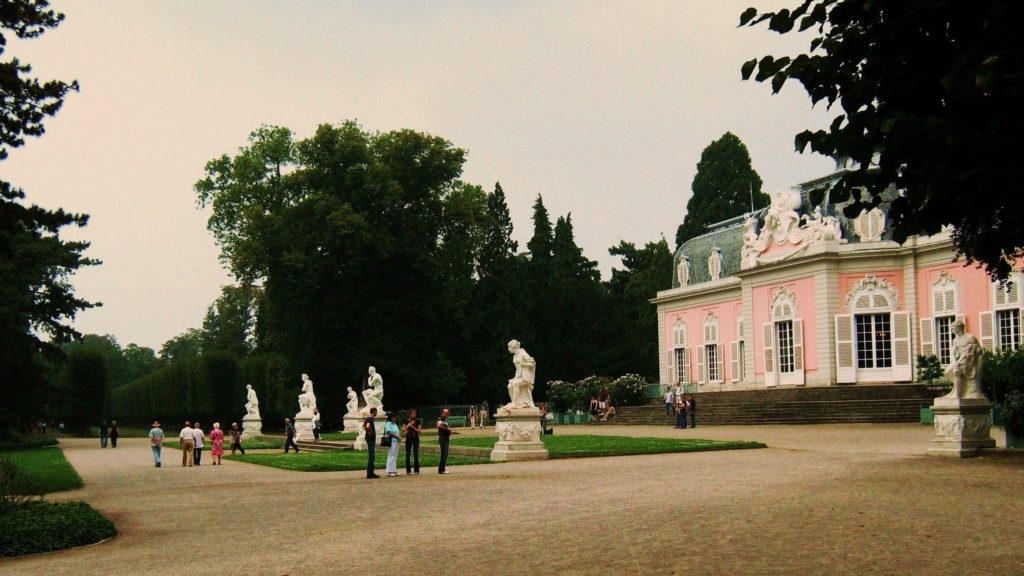 This palace was built as a hunting lodge over 200 years ago in a spectacular Baroque style. The beauty of this palace is it is never crowded, so it’s perfect to visit anytime.

A look inside the palace is worth your time; check out the well-preserved furnishings and art from the 18th century.

Each room has been specifically designed to match an area of the gardens. The outside and the inside perfectly.

Once done exploring the interior, go to the meticulous gardens for a walk. Walk under the wooded area, check out the English and French gardens.

6. Stroll at The Hofgarten

Up north of Düsseldorf’s city centre is the Hofgarten. It is a large park established in 1770 and stretches from the Old Town and Königsallee to the banks of the River Rhine. This is the oldest and was the first public park in Germany.

It was designed in the English landscape style and sits on 68 acres of land. The park has wide meadows, wooded areas, several streams and ponds.

Other attractions include the Baroque Court Gardener House that was home to architect Maximilian Weyhe. It also doubles up as the city’s Theatre Museum.

Like most landmarks, the Hofgarten was damaged during World War II and it was renovated after the war. 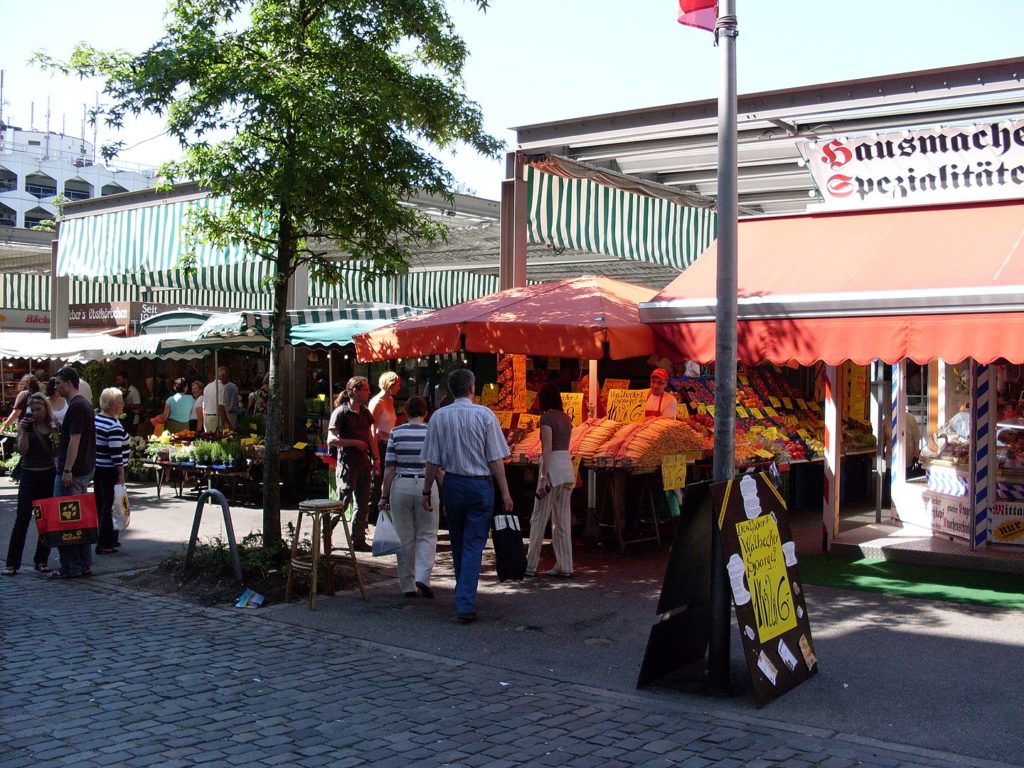 Locals and tourists alike gather at this foodie paradise that occupies an entire square south of the Old Town. Local vendors sell their produce under glass shades.

Sample their cold meats, cheeses, baked goods, potatoes and so much more. There are also European and Asian cuisines such as daal, currywurst and crepes. Get decadent souvenirs such as spices, teas, and coffees.

The market has been in operation since the 13th century, making it the oldest market in the city. Meals here are affordable.

8. Get a 360-view of Dusseldorf from The Rhine Tower

The Rhine Tower is a 240-meter-tall structure in Düsseldorf. Its imposing feature makes it a great landmark to get your bearings right should you get lost.

At the top is a cocktail lounge with a 360 view of the city. What’s more exciting about this tower is that it has a rotating restaurant.

There is also an observation deck for a panoramic view of the city as well as the Rhine River. On a clear day, one may be able to spot Cologne Cathedral. The tower was constructed in 1981. 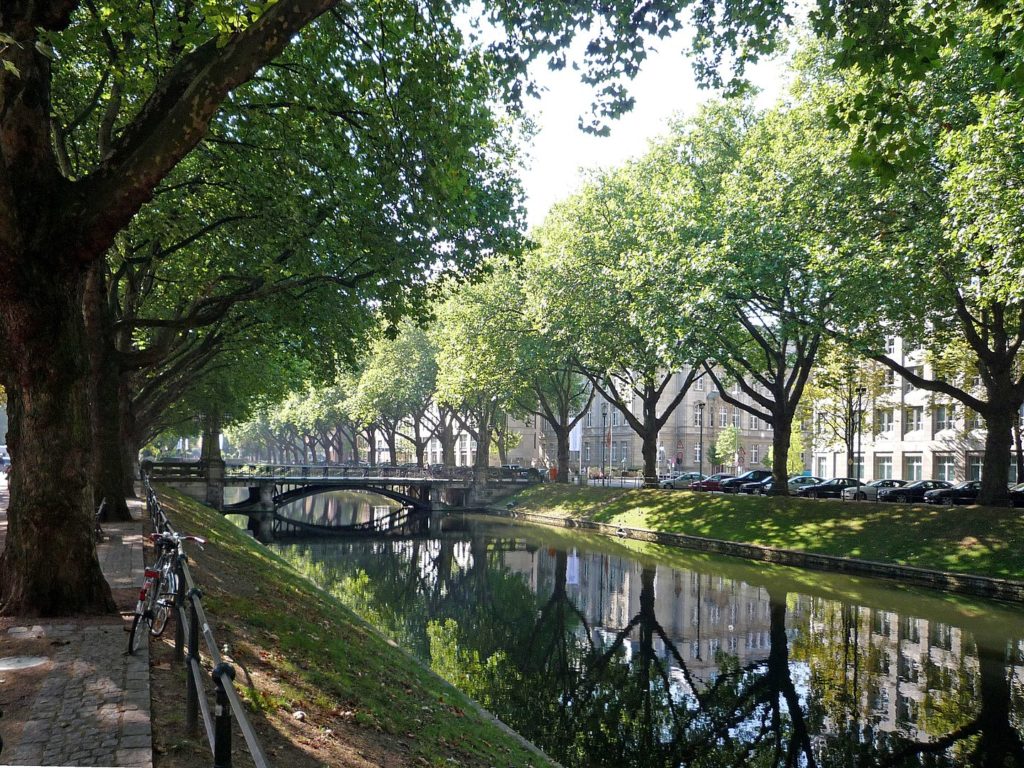 This is Düsseldorf’s most elegant street known as Kings Avenue in English, the locals call it Ko. It is a long stretch of high-end real estate that was designed in 1802.

Should you need luxurious accommodation, check out the hotels on this street that have exceptional rooftop patios.

It is also a perfect place for window shopping and exploring the canal and beautiful bridges.

This is one of Dusseldorf’s traditional beer halls for local Altbier. Taste the much-celebrated smooth and flavourful ale.

This beer is so special it is served in 6oz glasses, unlike other German beers. The most popular beer hall in the Old Town is Zum Uerige that has been in business since the 1860s.